Three-ingredient cocktails to make at home

There are a whole host of delectable cocktails that can be made with just three ingredients. We present 10 easy-to-follow recipes, as well as the back stories, behind some well-known classic serves.

Your booze cabinet may be looking a little sparse right now, but there’s no need to miss out on a cocktail while isolating at home.

We have rounded up some of the best cocktails that take next to no preparation and demand only the most basic of ingredients, while also taking a look at their historical origins.

Of course, any of these serves can be enhanced with twists and garnishes, but for the purposes of this roundup, we have boiled them down to their most simplest form, with three, or less, ingredients needed.

So pull out your jigger and click through for a selection of our favourite three-ingredient cocktails to soothe the soul during lockdown. 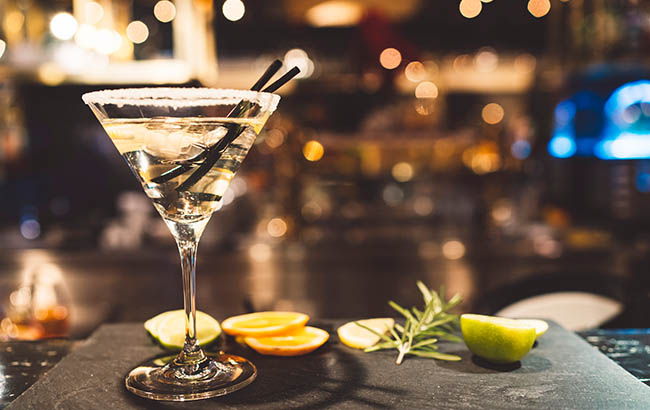 Origin: The classic Martini is made with gin, vermouth and garnished with an olive or a lemon twist. Over the years it has gained popularity as James Bond’s beverage of choice, however its origins are the subject of much debate. The earliest known reference to a Martini can be found in Henry J Wehman’s Bartender’s Guide 1891 which features a Martini recipe comprising Old Tom gin, vermouth, a dash of curaçao, bitter and syrups.

Another theory is that the classic Martini evolved from the Martinez – a cocktail made from gin, vermouth and cherry liqueur. In 1863, Italian vermouth maker Martini & Rosso began promoting a Martinez made with Martini vermouth, which could explain the origins of the cocktail’s name.

Method: Shaken or stirred, pour two shots (50ml) of gin into a Martini glass (or shaker) and add a dash of vermouth. Garnish as you please. 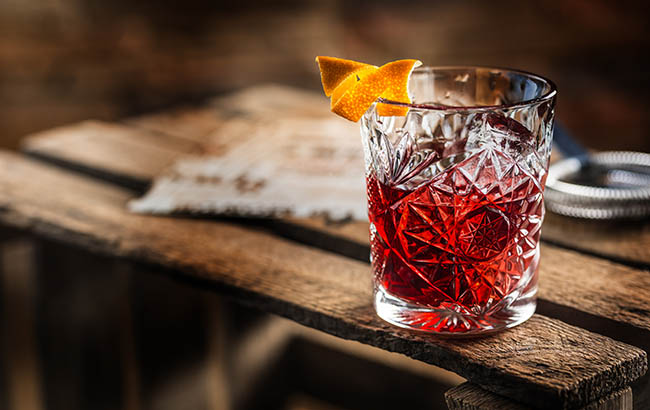 Origin: The invention of the Negroni is most commonly attributed to a rich Florentine Count Camillo Negroni, who in 1919 is said to have asked his bartender, Fosco Scarselli, to add gin, rather than soda water, to his Americano cocktail.

Scarselli was working at Caffè Casoni, now the Cavalli Caffè in Florence, at the time. Following its success, the Negroni Family founded Negroni Distillerie in Treviso producing a ready-made version of the drink, which was sold as Antico Negroni.

Method: Pour equal parts (25ml) gin, red vermouth and Campari over ice into a tumbler. Add a slice of orange to garnish if desired. 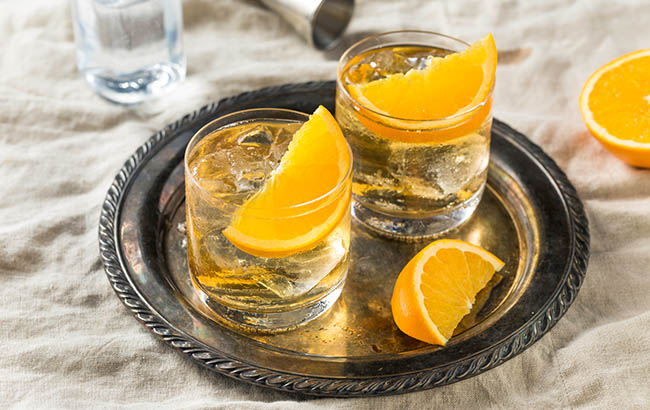 Origin: We bet most people have a bottle of Port languishing at the back of their cupboard that they aren’t quite sure what to do with right now. It’s not Christmas, we aren’t having cheese, so when should you drink it? As a summer cocktail!

A classic in Portugal and enjoyed in the Douro Valley where its key ingredient thrives, the Port and Tonic is a severely overlooked cocktail and so refreshing on a hot day.

Ruby or white Port works well, and makes a great apéritif before dinner as the sun is going down.

Method: Pour 50ml of Port over ice in a highball glass and top up with tonic water. 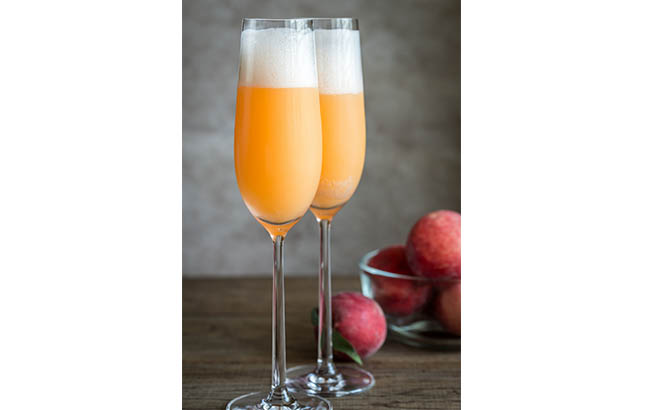 Origin: The Bellini is typically thought of as a mixture of Prosecco and peach purée and was first invented in Venice sometime between 1934 and 1948 by bar owner Giuseppe Cipriani, of Harry’s Bar.

However the original recipe was made with raspberry or cherry juice, used to achieve its trademark pink hue, with several flavour variations later emerging. Its name is believed to have been inspired by a pinkish painting by 15th-century Venetian artist Giovanni Bellini of a man in a toga.

Method: Add a shot of fruit puree (mashed and sieved) to a flute glass and top up with Prosecco. 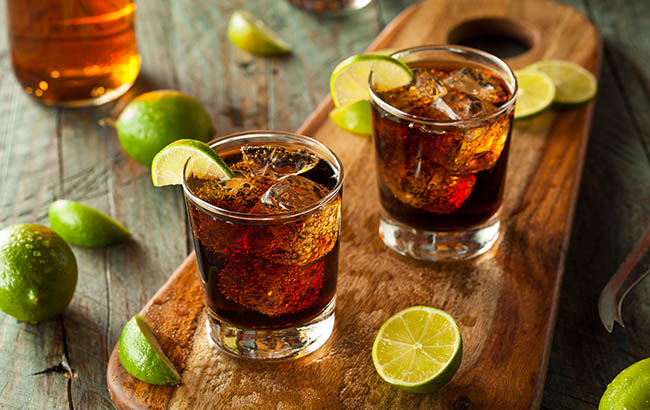 Origin: The Cuba Libre can be traced back the 1890s, and is thought to have emerged out of a fusing of American and Cuban culture in the wake of the Spanish-American War of 1898. Its name means ‘Free Cuba’, and so it was a drink often used to toast those fighting for the country’s independence from Spain.

What sets the Cuba Libre apart from a simple rum and coke is the squeeze of lime juice and garnish.

Method: Fill a tumbler with ice, pour over 25ml Cuban rum (or any white rum if times are desperate) and top up with cola. Add a squeeze of lime juice and wedge to garnish. 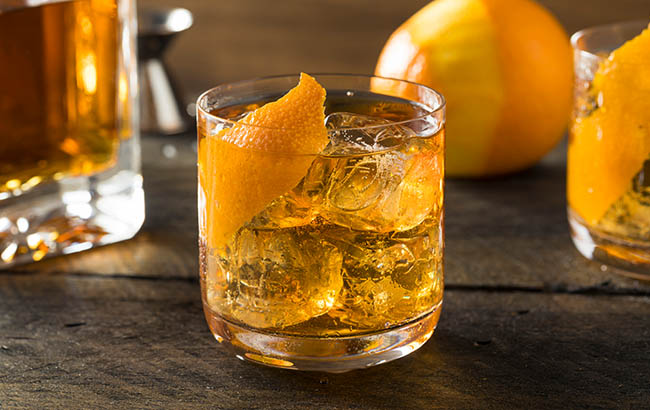 Origin: The first incarnation of what could be considered the first Old Fashioned was in 1862, when Jerry Thomas’ Bartenders Guide: How To Mix Drinks documented a recipe for an Old Fashioned Holland Gin Cocktail in which he directed the imbiber to muddle a lump of sugar with a little water, a lump of ice and two dashes of Angostura bitters, a small piece of lemon peel, before pouring a shot of Holland gin over the mixture.

It wasn’t until 1980 that the Old Fashioned became synonymous with whiskey, when bartender James E Pepper is said to have mixed the first Old Fashioned using whiskey at The Pendennis Club in Louisville, Kentucky, before taking his invention to the Waldorf Astoria hotel in New York, after which it became known the world over.

Method: Add 1/2 teaspoon of sugar to a tumbler and with a few dashes of bitters and stir well to begin dissolving the sugar. Add ice and pour over 50ml Bourbon. Stir and serve. 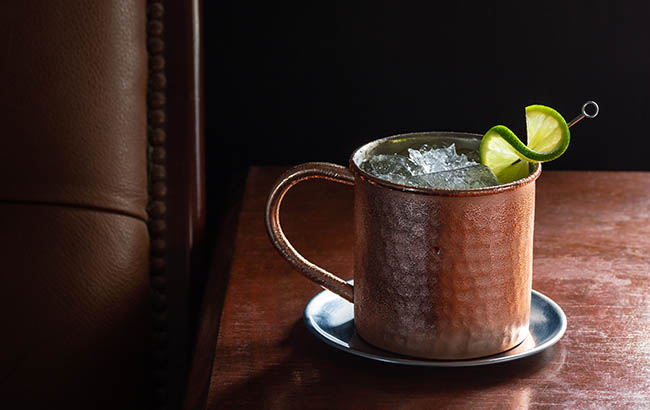 Origin: The Moscow Mule originated in the US during the 1940s thanks to businessman John G Martin. The story goes that upon purchasing the US rights to the Smirnoff vodka brand, Martin realised that Americans really weren’t that into vodka.

Another man Jack Morgan, who owned Los Angeles bar Cock ’n’ Bull, was apparently struggling to shift stock of ginger ale. Morgan’s girlfriend meanwhile was said to own a copper factory, and so a copper mug became the receptacle of choice for the men’s creation – the Moscow Mule, which has nothing to do with Moscow or mules.

Method: Fill a highball glass with ice and add 50ml vodka. Top up with ginger beer. 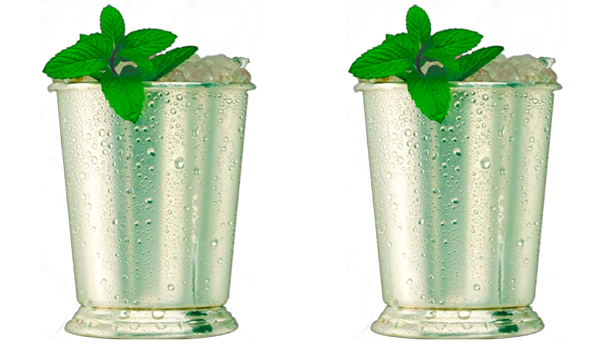 Origin: The Mint Julep is today the official drink of the Kentucky Derby, and is synonymous with the American state. However its first incarnation arose out of Virginia, where it was once made with rum and brandy and drunk as a morning kickstarter by farmers.

It later travelled to Kentucky, and transformed into the Bourbon variant, made with sugar and mint and served in a pewter cup, that we now consider to be the classic Mint Julep. US senator Henry Clay is credited with introducing the drink to Washington DC in 1850, while it became the official drink of the Kentucky Derby in 1938.

Method: To make sugar syrup dissolve 200g sugar in 100ml water over a low heat. Leave to cool, then bottle. It can be stored in the fridge for a week and used in a lot more cocktails during that time. Add sugar syrup (15ml), mint leaves and Bourbon (75ml) to a shaker. Shake and strain into a highball glass over crushed ice. 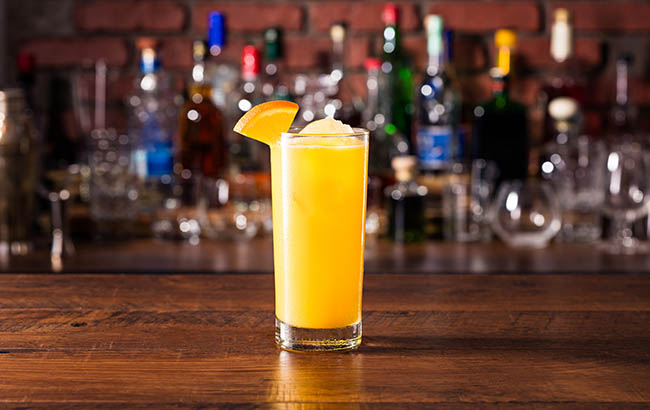 Origin: Perhaps the most simple cocktail of all, the Screwdriver is a mix of just vodka and orange juice. But it has a neat story as to how it got its name. One account by Victorino Matus, author of Vodka: How a colorless, odorless, flavorless spirit conquered America, suggests that it gained its moniker thanks to oil workers in the Persian Gulf, who would discretely add vodka to their orange juice in the morning.

However without a spoon to stir their serve, the workers would instead use a screwdriver. Et voilà, the Screwdriver was born.

Method: Fill a highball glass with ice and add 50ml vodka. Top up with orange juice. Garnish with an orange slice if available. 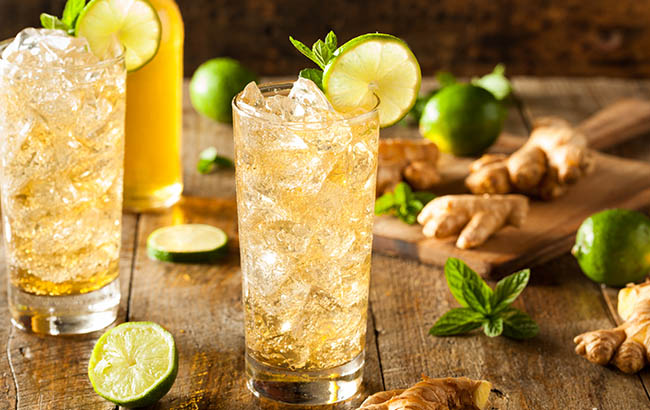 Origin: Hailing from Bermuda, the Dark and Stormy is traditionally made with Gosling’s Black Seal Rum, mixed with ginger beer and lime. Steeped in naval history, we have sailors to thank for its creation.

Throughout the 1800s it was common for the British Royal Navy to give rum rations to sailors sourced from naval bases on rum-producing Caribbean islands like Bermuda.

Meanwhile ginger beer, a known antidote to sea sickness, arrived in the Caribbean via English colonists. Sailors soon began adding the soft drink to their rations of rum and the Dark and Stormy was born.

The name, it’s believed, was coined when a sailor described the dark cloud that gathers in the glass when the rum is added as the colour of a cloud “only a fool or a dead man would sail under”.

Method: Fill a highball glass with ice and add 50ml dark rum. Top up with ginger beer and stir.