How the Tories’ election victory could impact UK spirits

What does the recent Conservative victory in the UK’s general election mean for the country’s spirits brands, especially with a Budget looming this year? The Spirits Business asks industry insiders what might happen next. 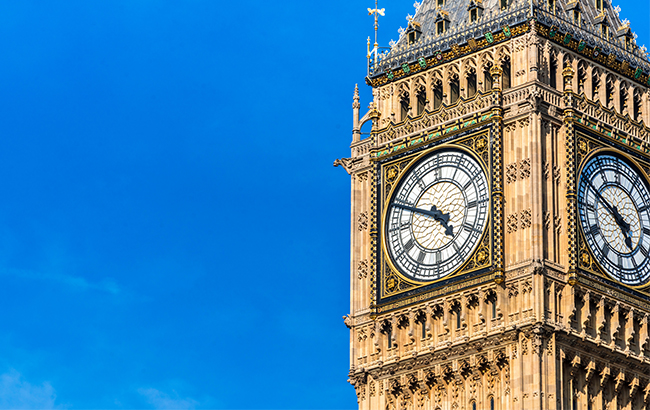 The end of 2019 saw the UK take part in what was billed the most important general election in a generation. Run ahead of schedule, it was triggered after a period of parliamentary deadlock on how to proceed with Brexit – the UK’s departure from the European Union (EU) – which currently has a deadline of 31 January 2020.

Winning by a landslide was the Conservative party, led by UK prime minister Boris Johnson, which retained control of parliament after gaining an 80‐seat majority – 364 – in the 12 December election. It signalled a heavy defeat for the Labour party, headed by Jeremy Corbyn, which secured 203 seats – its worst result since 1935.

What will the new Conservative majority mean for the spirits industry? Among his numerous promises, Johnson has vowed to review UK alcohol taxation in 2020 – a move that has been welcomed across the drinks industry. The review was confirmed in the Queen’s Speech on 19 December, which outlined the government’s agenda for the next 12 months.

The UK has the fourth‐highest spirits duty rate in the EU, after Sweden, Finland and Ireland. Currently, tax on Scotch in the UK stands at 72%, meaning around £3 in every £4 spent on Scotch whisky in the UK goes to the HM Treasury in excise and VAT. Scotch is taxed more per unit of alcohol than any other alcohol category in the UK – 16% more than wine.

Reform of the tax system has been the number one issue for the Scotch Whisky Association (SWA), according to Graeme Littlejohn, its director of strategy and communications. The SWA has provided a detailed proposal to the Treasury for a new “modern” taxation structure. According to Littlejohn, the current duty system was established nearly 200 years ago.

“We want to see a system that more accurately reflects the alcohol content of products. That will mean fairer levels of excise duty in the UK for Scotch whisky.”

Littlejohn says the problem with the UK is that wine and cider “get a huge competitive advantage in the market over domestically produced spirits”. He explains: “We pay 29p per unit in taxation. A category such as cider pays 6p in taxation per unit. That’s a huge difference and something that needs to be addressed.”

The SWA has also had “positive discussions” with the Treasury ahead of the next UK budget, which will take place this year but was postponed because of the general election. It follows a freeze for spirits in the 2018 autumn budget. Littlejohn adds: “We are at least seeking a continuation of the freeze but if other categories are getting a cut then Scotch also has to get a cut.”

Part of Johnson’s political manifesto in the run up to the election was a promise to “get Brexit done”. Bringing the EU Withdrawal Agreement Bill back before parliament will be among his government’s priorities.

Miles Beale, chief executive at the Wine and Spirit Trade Association (WSTA), says a no‐deal Brexit is the “worst possible outcome” for the industry. If the UK leaves the EU without a deal, it would automatically fall back on World Trade Organization rules, with the likelihood of tariffs on imports and exports.

“It is key that we complete the ambitious Brexit timetable with a withdrawal agreement that supports UK businesses and eliminates any risk of [a] ‘no‐deal’ scenario,” Beale said in a statement. Johnson wants a free trade agreement to be signed by 31 December 2020 – the end of the Brexit transition period. Beale believes that will be “extremely difficult, if not impossible”.

He explains: “I don’t really see how the UK and EU are going to do a trade deal even if the two sides suddenly start getting on really well by 31 December.” The agreements “tend to take seven years”, according to Beale, who cites the example of the “fairly basic” EU‐Canada deal. However, it could also open the doors to “new ways of trading”, including an “increase in non‐EU trade”.

If progress is made on Brexit, the WSTA will provide “essential support” to smaller businesses, particularly new smaller spirits producers, in order to help them “export much earlier than they otherwise would have done”.

Like the WSTA, Patricia Callan, director of trade body Drinks Ireland, also warned that the government should “avoid a hard, no‐deal exit from the EU at all costs”.

“Post‐Brexit, frictionless trade and market access, including within the UK, between NI [Northern Ireland] and Great Britain, in the island of Ireland and between NI and the rest of the EU, is vital,” Callan says. “We would call on the new Conservative government to show support for Northern Ireland’s drinks industry by reducing the burden of excise on alcohol sales.”

The SWA also wants to “see more investment in sustainability”, and has asked the government for increased funding in low‐carbon technology. “We want to try to achieve net zero emissions for the Scotch whisky industry by 2050. That is hugely challenging,” adds Littlejohn.

The SWA is also hoping for “increased support” from the UK government in light of US tariffs on single malt Scotch. Last October, the US government imposed a 25% import tariff on EU agricultural goods, including single malt Scotch and single malt Irish whiskey. The tariff is the result of a dispute with the EU over civil aviation subsidies. Littlejohn says the support would be used for a promotional campaign for Scotch in the US.

Beale says there is also the bid for Scotland’s independence from the UK to consider. The Scottish National Party (SNP) increased its share of the vote in the recent general election to 45%, claiming 47 out of 59 seats in Scotland in the process.

“There’s a decent chance that in 2020 there will be a run up to a second Scottish referendum,” Beale cautions. “So you get an independent Scotland that’s part of the EU, just over the border from an England that’s not part of the EU. That feels quite complicated, particularly for spirits companies.”