The resurgence of liqueurs has been helped by a combination of their popularity in cocktails and consumers choosing to drink low-alcohol expressions. Our annual blind-tasting competition sought to discover the best in class. 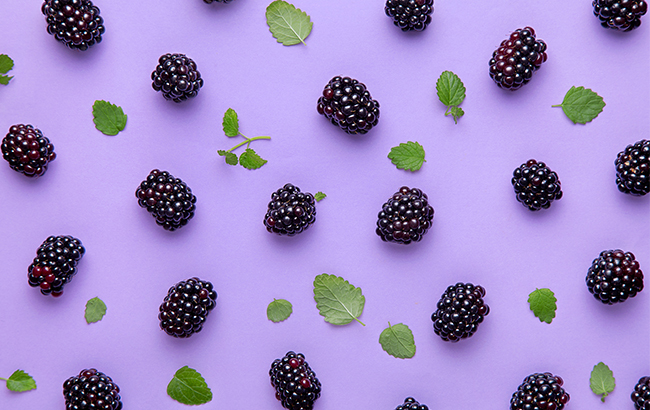 With an abundance of new products and the backing of big bartender names, the liqueurs sector seems to be finally dusting itself off and establishing a new relevance in the drinks world.

As well as enticing consumers through clever innovation and brand stories, the category is undoubtedly benefiting from the continuing positive knock‐on effect of the lower‐alcohol trend.

In addition, while liqueurs are required by law to contain at least 100g of sugar per litre of alcohol, many producers are opting for a more natural approach to flavour development, reigning in their historic penchant for cloying sweetness and expanding their appeal among a discerning audience in the process.

The liqueurs category is certainly becoming more dynamic, but does the liquid stand up to the hype? Our latest Masters blind‐tasting competition endeavoured to find out. At Indian restaurant and bar 1947 London, a team of tasters assessed the breadth of the category, from cassis to cream and everything in between. The panel consisted of: Sergei Kuritson, bar manager at 1947; Marco Stella, head bartender at Mandarin Bar; Melita Kiely, deputy editor of The Spirits Business; and me, Amy Hopkins, editor of The Spirits Business.

First up was the Herbal flight, which produced one Gold and two Silver medals. Gold‐medal‐winning The Nines Sweet was thought to be “well balanced” with a “pleasant aniseed flavour”, while Stella said the finish was “quite long, with a hint of coffee”. The Silver medallists, meanwhile, were deemed to be good examples of “straightforward” herbal liqueurs.

Up next was the biggest flight of the day – Fruit. The round yielded an impressive three Master medallists, which all achieved an average score of 90% or more from the panel. The three top expressions were: Joseph Cartron Apricot Brandy, said to have a “big, generous jammy flavour”; Koskenkorva Ginger, brimming with “heat, spice and freshness”; and Lignell & Piispanen Crafted Summer Ruby Grapefruit, celebrated for its “well‐made tart character”. Referring to the Joseph Carton expression, Kuritson said: “This is perfectly balanced. It’s one of the few we tried today that tastes identical to its fruit. It never loses itself.” 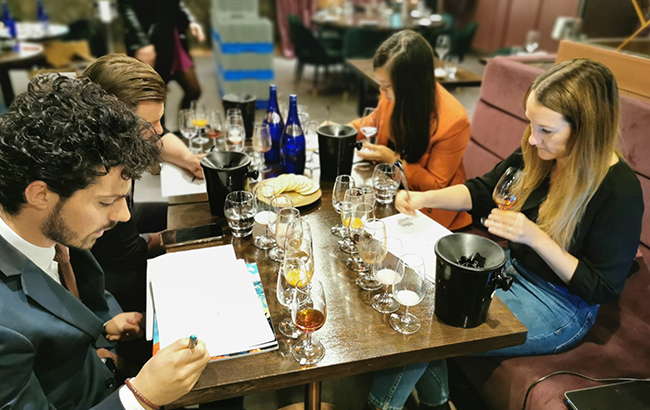 In the same round, judges also awarded five Gold medals and eight Silvers. In particular, judges enjoyed the “freshness” of Hortus Rhubarb and Ginger Gin Liqueur, and the “unusual but delicious” flavour of Giffard Liqueur de Banane du Brésil. Looking back on the flight, Kiely said: “The liqueurs that did best were the ones that retained the natural flavours of the title fruit. In Koskenkorva Ginger, the flavour was so well put together, while in Hortus Rhubarb and Ginger Gin there was the natural fruit flavour complemented with a bit of spice. An impressive round.”

Success continued in the Mint flight, with one Gold for Koskenkorva Minttu, which reminded judges of the flavour of Polos, with a “fresh yet creamy” profile.

Afterwards came an interesting Tea flight, in which Thé Noir Fumé from Joseph Cartron scooped a Master medal. “For me, it was a no‐brainer to give this liqueur the top award,” enthused Kuritson. “I loved the smokiness and the sugar level was perfect. I couldn’t fault it.” The Tale of Oolong by Tea Venture, which judges said had an excellent nose and delicate palate, was awarded Silver in the flight.

A single Gold medal followed in the Elderflower focus, with another expression by Joseph Cartron stepping into the spotlight. The brand’s Sureau liqueur impressed the panel with its “complex” flavour profile, which included notes of “citrus and blossom”.

Next up, the judges took a trip down memory lane in the Confectionary heat, where they enjoyed the nostalgic flavours on display. The round yielded two Gold medallists: Kendal Mint Cake Liqueur, which reminded judges of After Eight chocolates and mint chocolate chip ice cream; and liquorice‐flavoured Koskenkorva Salmiakki, which had a “pleasing saltiness”. 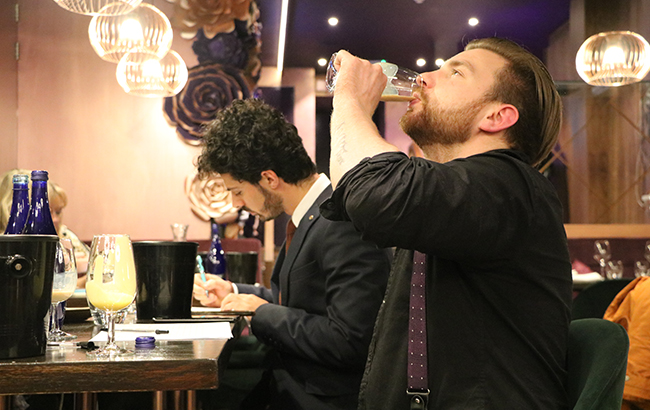 The classic blackcurrant‐flavoured liqueur Cassis came under the spotlight next, leading to a Master medal for another Joseph Cartron expression. The brand’s Crème de Cassis Double Crème was said to “display the natural tartness of the fruit wonderfully”, while Stella added: “It’s really thick, almost like a purée, but it’s very rich and bold.”

Another Master medallist was discovered in the Chocolate round, where Mozart Distillerie scooped five awards. Its highest scorer was Mozart Dark Chocolate, which won the Master medal for its “delicious and nostalgic deep cocoa flavour”. According to Kiely, the liqueur was “like chocolate sauce for grown‐ ups”.

The second‐highest scorer in the round was Mozart Chocolate Cream, which reminded judges of hot chocolate and whipped cream. “This was like Carte d’Or ice cream and light cocoa powder, with a little bitterness,” said Kiely. The round also produced a number of Silver accolades for Mozart Distillerie, as well as one for Joseph Cartron and one for G&I Spirit Group.

The judges tackled a particularly trendy category next: Coffee. As demand for products with terroir and provenance grows, coffee‐flavoured drinks have found favour among a discerning audience. Ethical Wine & Spirits set a high standard with its Fair Café Liqueur, which won a Master medal for its “strong roast coffee nose” and “clean, strong coffee flavour”, completed with a finish of “roasted hazelnuts”. Two Golds were awarded to Heart of Darkness Coffee Liqueur, likened to a “strong cappuccino”, and Los Arango Coffee Liqueur, in which judges enjoyed a “complex combination of flavours”. The round was concluded with two Silvers.

The panel members then turned their attention to an increasingly dominant part of the industry: Own Label. Here, they assessed the quality of liqueurs bottled for supermarkets. Aldi’s Infusionist Fig, Honey & Cinnamon Rum Liqueur, said to have a “lovely mix of fruitiness and spice”, came top of the pack with a Master medal. The award was followed by Gold medals for Infusionist Caramel & Hazelnut Rum Liqueur and two Lidl expressions: Hortus Pomegranate and Rose Gin Liqueur and Hortus Gingerbread Gin Liqueur.

A lone Silver medal followed for Persiko Mandle in the Traditional category, before the panel moved on to the penultimate flight of the day: Cream. Here, the dairy‐based stalwarts of the liqueurs world came under scrutiny, with Aldi UK’s Ballycastle Strawberry & Cream Liqueur bagging a Gold medal and five other entrants receiving Silver. The final flight of the day focused on Irish Cream – a formally recognised sub‐category of liqueurs that must adhere to a specific set of production standards. Aldi UK’s Specially Selected Irish Cream received the highest score in the flight and took home a Gold medal for its “creamy, long finish” and “excellent mouthfeel”. Meanwhile, the chain’s Australian counterpart – Aldi Stores – secured an impressive five Silver medals.

As the day’s tasting came to an end, the panel retasted the Master medals to agree on a ‘best in class’ liqueur. The accolade of Liqueur Taste Master was bestowed on Joseph Cartron’s Crème de Cassis Double Crème, which judges deemed to be a faultless example of the category.

“Today’s tasting has really shone a light on both the diversity and quality in the liqueurs sector, which seems to be in the midst of a renaissance,” observed Kiely. “While we tasted a host in innovative flavours, many of the more traditional categories showed that there is untapped potential for liqueurs such as cassis to establish a greater presence in the modern world of drinks.”

Click through to the following page for the complete list of medal winners from The Liqueur Masters 2019.