How the US-EU tariffs will affect spirits producers

The drinks industry has become a casualty of the fallout from a subsidies spat between the US, the EU and the World Trade Organization. The Spirits Business examines how producers could be affected if the situation continues. 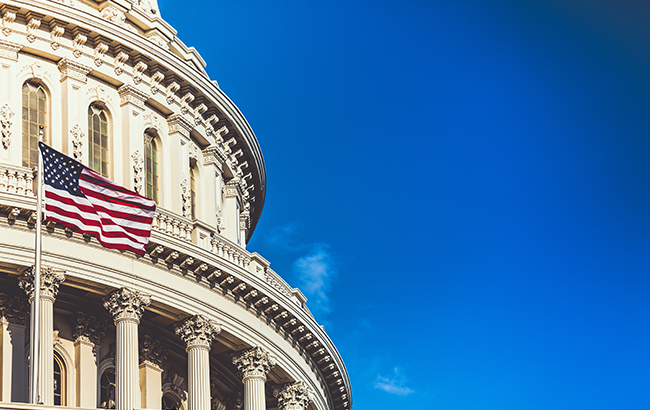 The latest challenge faced by the drinks industry arose last month when the US government imposed a 25% import tariff on EU agricultural goods, including single malt Scotch and single malt Irish whiskey. Liqueurs and cordials from Germany, Italy, Spain, Ireland and the UK, and wine from Spain, Germany and the UK have also been hit by the punitive tariff, which came into force on 18 October.

The US has been embroiled in a long‐running spat with the EU over civil aircraft subsidies. At the start of last month, the World Trade Organization (WTO) ruled that the US should be able to impose tariffs on goods from the EU in response to the latter’s provision of state funds for European firm Airbus, to the detriment of US‐made Boeing.

Single malt Scotch represents more than half of the total value of UK products on the US government tariff list, according to the Scotch Whisky Association (SWA). Scotch whisky exports to the US in 2018 broke the £1 billion (US$1.2bn) barrier last year, of which single malt accounted for £344 million, equivalent to 33%. For now, blends are exempt from the tariffs, but the SWA warned that the tariff on single malts “will see exports to the US drop by as much as 20% in the next 12 months, as Scotch whisky will become less competitive in the US market”.

UNFAIR ON THE INDUSTRY

The SWA’s director of strategy and communications, Graeme Littlejohn, explains: “In the case of Scotch, we are going to pay the vast majority of the UK’s liability over the Airbus dispute. We are paying 62% of the entire UK burden to the tariffs on single malt Scotch whisky.

“That is unfair on the industry so we need to work on getting these tariffs on single malts off as soon as possible.”

It’s not the first time that spirits have been caught in the middle of a US‐EU trade war in recent months. In a separate dispute, the EU has imposed tariffs on American whiskey in response to the White House’s decision to slap tariffs on imported steel and aluminium. As a result, exports of American whiskey have experienced a “significant deceleration”.

In response to the new measure relating to Airbus, 15 alcohol trade groups sent a letter to the US administration and European Commission calling for an urgent end to the 25% tariffs on EU goods. The associations said that the new tariffs “will further damage a transatlantic industry that has already been negatively impacted by the EU’s retaliatory tariff on American whiskey”.

Spirits Europe’s director general, Ulrich Adam, says: “We are really united as a sector and in our call for free trade. We had a groundbreaking agreement in 1994 for abolishing tariffs on spirits, and this is a big step backwards. Since the tariff abolishment, EU‐US spirits trade has gone up massively, by 400%, so it has benefited everyone. This is a setback for the sector on both sides of the Atlantic.” He added that the industry should not have to foot the bill over a row “essentially about civil aircraft subsidies”. The SWA’s Littlejohn agrees: “There’s no point having these tariffs on unrelated sectors like Scotch whisky. This is not our bill to pay.”

US trade group the Distilled Spirits Council of the US said these new tariffs will have “numerous unintended negative consequences” on jobs and consumers in the US, as well as US firms operating in the EU wine and spirits industry.

Analysis from the trade body shows that the US tariffs on Scotch, liqueurs, cordials and wine could lead to a loss of almost US$3.4bn in imports. It could also result in the loss of around 13,000 jobs in the States, including bartenders and farmers.

Patricia Callan, director of trade group Drinks Ireland, is worried that additional EU goods could be added to the tariff list in the future. She says: “While the vast majority of Irish whiskey exports to the US have not been targeted in this list, we remain concerned at the ongoing threat of the imposition of further US tariffs on our industry. Last year, 78.5 million bottles of Irish whiskey and Irish cream liqueur were sold in the US. These sales help support thousands of jobs across the US and in Ireland, north and south, including in the agricultural sector, which supplies Irish barley and cream for these products.”

Callan says the tariffs will “have a highly detrimental impact on the all‐island economy, particularly for Northern Ireland, where spirits exports to the US have greatly supported economic revitalisation since the Good Friday Agreement”.

Smaller producers will be hit harder by these new tariffs, and the SWA’s Littlejohn says the Scottish and UK governments need to support small‐ and medium‐sized distillers.

“A package to support them in the interim while we work to get these tariffs off has to include a reduction in the domestic tax burden in the UK budget,” he says.

Another cause for concern for these affected categories is that consumer choice could diminish. “Competition is fierce and consumers are very price‐conscious,” warns Spiros Malandrakis, head of alcoholic drinks research at Euromonitor International. “There are alternatives so people don’t need to necessarily go for Scotch. There are many premium and super‐premium products in whisk(e)y that are much more relevant in their language and propositions and are more relevant to the millennial demographic.”

The SWA’s Littlejohn adds that there “will be a real impact for the American consumer”. He says: “Consumers in the US love Scotch whisky and have done for more than 100 years. We want to see the broadest possible choice of Scotch in that market. That makes for a healthy and vibrant market.”

Maria Castroviejo, senior beverages analyst at Rabobank, says there are a number of factors that producers need to consider with the tariffs. “It depends on the product and how you sell it,” she explains. “If your product can be bottled anywhere, the ideal situation is to shift production to the US but that will depend on the producer.” It also depends on the category, as by law single malt must be bottled in its country of origin.

Producers with a “very strong premium product may be able to raise prices” or could “stop supplying in the US because it’s not worthwhile anymore”, says Castroviejo.

Looking ahead, Spirits Europe’s Adam expects the WTO to “issue a structurally similar verdict that could allow the EU to impose measures against the US because of the subsidies to Boeing” next year.

He adds that such a move could trigger a negotiated solution between the EU and the US. Distillers will be hoping so.