October’s openings offered an escape to warmer weather with Mexican-themed mezcalarias or the chance to embrace colder climates with a ski resort-inspired drinking den.

October was a month for bold colours and big flavours, as London welcomed brightly decorated bar The Lost Alhambra and a mezcal joint popped up in Glasgow.

The month also saw new bars open in Las Vegas, New York and Manchester, all hoping to entice the world’s cocktail enthusiasts through their doors to sample their best creations.

In our latest roundup of new bar openings, find out about a new underground whisky bar from the team behind Milroys of Soho and take a look inside 18 Bin, which opened in the Las Vegas arts district.

Take a look through our gallery to find out more about the hottest bars that opened in October.

Did you miss our roundup of September’s best bar openings? Take a look here. 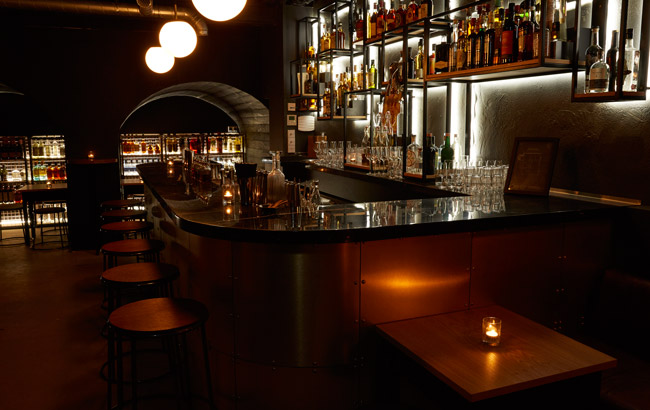 Legendary London whisky retailer Milroys of Soho opened its second shop in Spitalfields in October, with a new whisky bar hidden in its cellar.

The new cocktail bar, called the Proofing Room, was named in honour of the space’s former use as a proofing room for a bakery.

The new bar will serve signature cocktails from sister venue The Vault, including the Coconut Butter Old Fashioned, as well as creative new serves such as the Elderflower and Pea Highball, Indian Rickey, Horseradish Margarita and Mango Sour Highball. 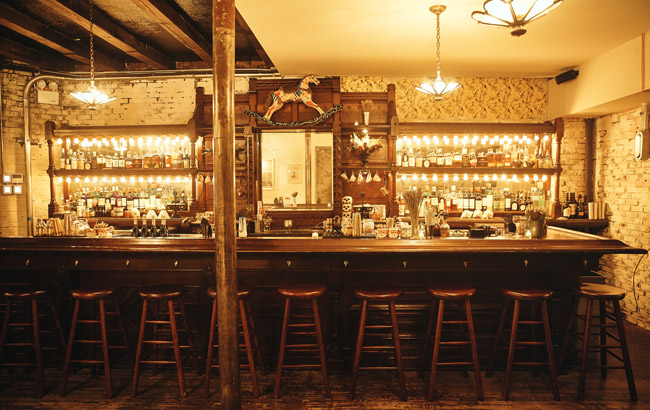 Japanese cocktail bar and eatery NR opened in New York in October, serving a menu of food and drinks inspired by the Menji period of 19th-century Japan.

Owner and beverage director Shigefumi Kabashima has created a menu of signature cocktails, including the Transparent Tomato, made with tomato shōchū, clear tomato water, green tomato jam and lemon.

As well as Japanese-inspired cocktails, NR will also offer steamed buns, Japanese tapas and a selection of traditional ramen bowls. 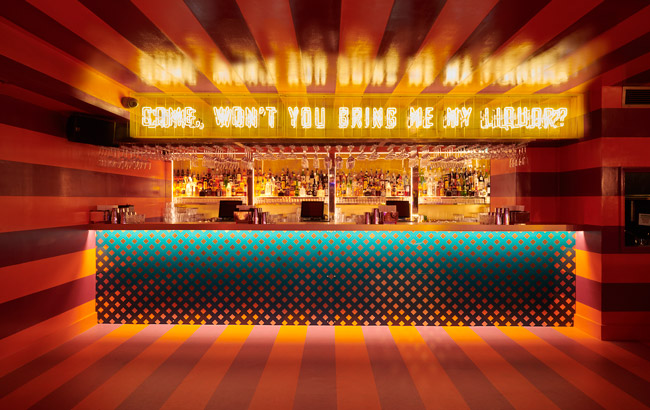 The team behind London bars Tonight Josephine, Bar Elba and Blame Gloria has opened its latest venue on the site of the former Alhambra Theatre.

The design of the Lost Alhambra is described as a “mind-bending visual treat”, with a black and white Escher-inspired staircase and a brightly-coloured main bar featuring “psychedelic floors and ceilings”, and mirrored walls.

Cocktails on offer at The Lost Alhambra include twists on classics such as the Pisco Inferno, a blend of passionfruit, peach liqueur, vanilla and ginger ale, and the Clockwork Orange, made with blood orange gin, mandarin liqueur, lemon juice, egg white and Peychaud’s Bitters. 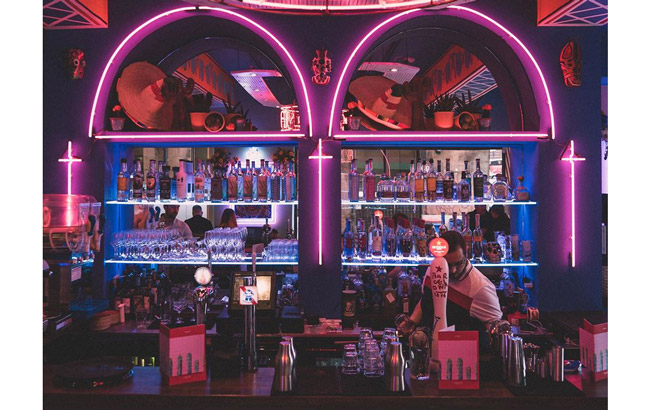 Now open for business in Hope Street in Glasgow is Mezcal, a vibrant Mexican-inspired cocktail bar and street food restaurant.

Boasting vividly-coloured interiors and a neon-clad bar, Mezcal will serve up contemporary Mexican cocktails, including Margaritas, and mezcal-filled signature serves.

The new bar will also offer a range of staple Mexican dishes, including ceviche, sharing plates and favourites such as quesadillas, tacos and tostadas. 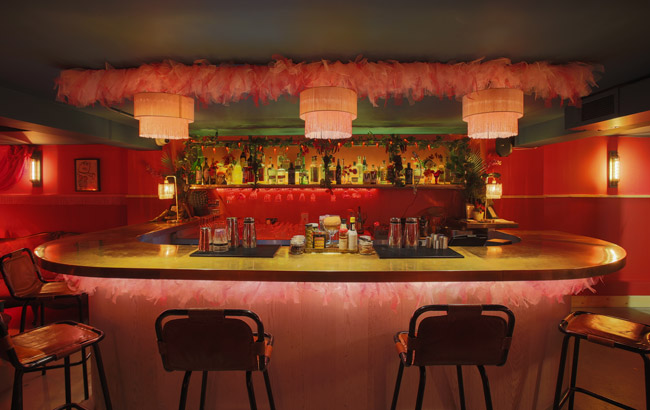 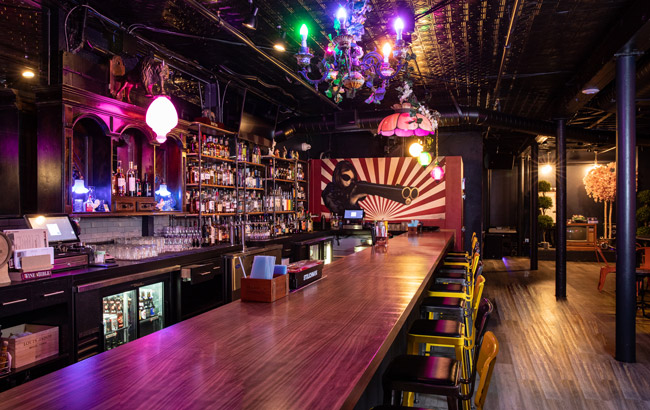 Opening its doors in the Las Vegas arts district is new restaurant and bar concept 18 Bin.

Developed by Sonny Ahuja and Don Welch, 18 Bin has a 4,000-square-foot indoor space as well as an expansive outdoor patio.

18 Bin boasts an extensive spirits selection and a menu of signature cocktails, served up alongside an “eclectic list” of American craft beers, a wine list and a menu of small plates, sharing plates and sandwiches. 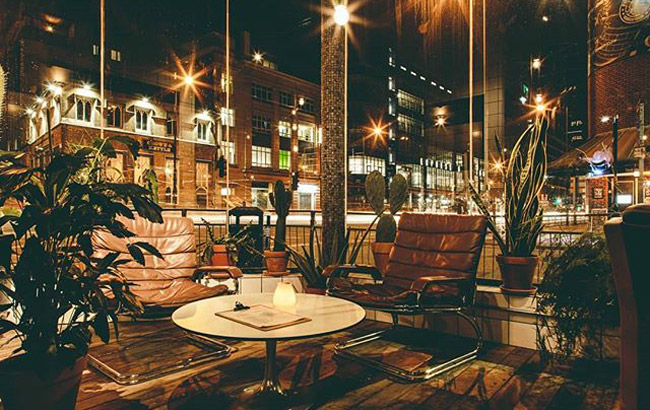 The Quick Brown Fox is one of the newest bars in Manchester’s Northern Quarter.

Serving tapped cocktails and wines, alongside a huge range of local and craft beers, the new UK venue is hoping to become the city’s newest “cosy drinks hangout”.

The bar’s 24 taps will serve cocktails such as the Espresso Martini, a clarified Strawberry Daiquiri and the bar’s own White Negroni. 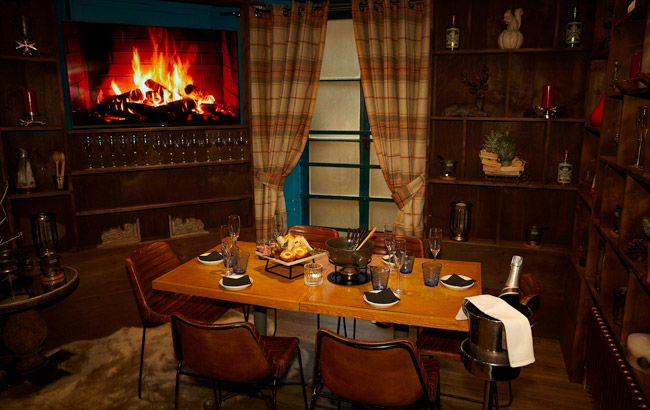 Laax Baby! will serve alpine-inspired cocktails, including White Haze, made with One Sage Gin, Kirsch, Moscato and rosemary tincture, and La Siala, which combines Hot One Sage Gin and mulled cider.

To accompany its drinks offering, the London venue will serve a specially curated food menu, including a charcuterie board and a traditional Swiss cheese fondue, made from a blend le gruyère AOP, schlossberger and reblochon cheese.