Americas bars to visit in 2020

Nearly two decades after the cocktail revolution erupted in NYC, a love of fine drinks has spread to the furthest corners of the Americas.

The craft cocktail movement may have originated largely in the metropolises of New York City and San Francisco, but today, the excitement surrounding good drinks is more palpable in smaller, burgeoning cocktail towns. After all, cities that were once considered secondary markets for spirits – think of the likes of Miami, Houston or Toronto – are now bona fide cocktail hubs in their own right.

In South America, new cocktail capitals have likewise emerged – São Paulo and Santiago among them – fusing the region’s thriving gastronomic culture with a borderless appeal in nightlife design and experience. And with the rise of Latin‐themed bars outside of the continent, cocktail fans may find it worthwhile to head straight to the source of that inspiration.

The best cocktail bars in these up‐and‐coming cities and neighbourhoods have managed to tackle global spirits trends, from zero‐waste to low‐ABV drinks, while still offering local character, or otherwise preserving a sense of place. The result? Ambitious bars that are more diverse and genre‐defying than those that have come before.

Click through the following pages to discover the Americas’ top bars to watch in 2020.

Not to be missed: Supernova Ballroom – Toronto, Canada

Environmental responsibility became a hot topic last year thanks in no small part to the tireless efforts of bartenders Kelsey Ramage (pictured) and Iain Griffiths.

As founders of pop‐up and digital platform Trash Tiki, the duo has educated and inspired bartenders across the globe to reduce waste behind the bar – think repurposing spent lemon and lime husks to make citrus ‘stocks’ or making orgeat out of discarded avocado pits.

Now, Ramage and Griffiths, who originally met while at London’s lauded Dandelyan, have opened the doors to their own game‐ changing, anti‐waste bar in a Prohibition‐era Beaux‐Arts building in Toronto’s financial district.

Eco‐minded drinkers can sidle up to the purple counter for a selection of exclusively sparkling drinks ranging from French 75 riffs to house Highballs, and originals such as the Groove Machine, topping off a mix of Tequila, Dolin Blanc, and fermented pear with a lemon‐verbena soda.

Supernova Ballroom has been named our overall Americas Bar to Watch 2020. 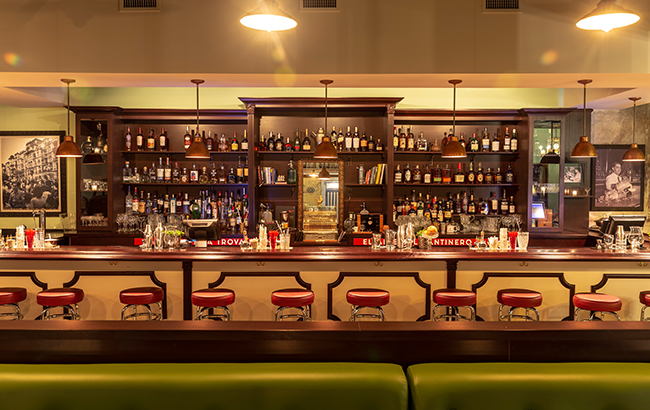 The ethos is now carried over to the colourful Little Havana neighbourhood with this Cuban‐influenced restaurant‐bar from long‐time collaborators chef Michelle Bernstein and barman Julio Cabrera.

Recently named Bartender of the Year at Tales of the Cocktail 2019, Cabrera is a globally recognised cantinero, or professional bartender, carrying the legacy of Cuba’s storied cocktail culture, which predates America’s own mixology movement.

Working alongside his son, Andy, Cabrera turns out creative drinks such as La Chancleta (which translates as ‘sandal’), fusing cachaça with lime juice and a house‐made ginger‐honey syrup, all served in a whimsical sandal vessel. 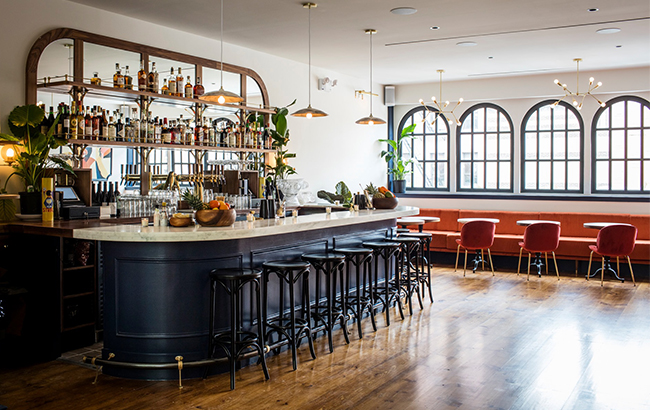 Yes, we said we were looking outside of New York City, but the reality is many of the city’s neighbourhoods are still desperately in need of a good drink.

No longer on that list is Chelsea, Manhattan’s iconic gay‐ bourhood, where veteran bartender Krissy Harris opened this playful, airy, and tropically‐accented cocktail lounge in May this year.

Though very much a local‐friendly hangout – it’s walk‐in only – the bar offers a destination‐worthy menu of original cocktails, as well as one large‐format Punch bowl of its namesake rum‐Campari drink, the Jungle Bird.

Harris’s food and drinks draw inspiration in part from the flavours and ingredients of Southeast Asia: a Malombo No. 1 amps up fermented pisco Moscatel with fresh calamansi, an Asian citrus fruit, while booze‐soaking bites include spicy green papaya salad and pork‐herb dumplings. 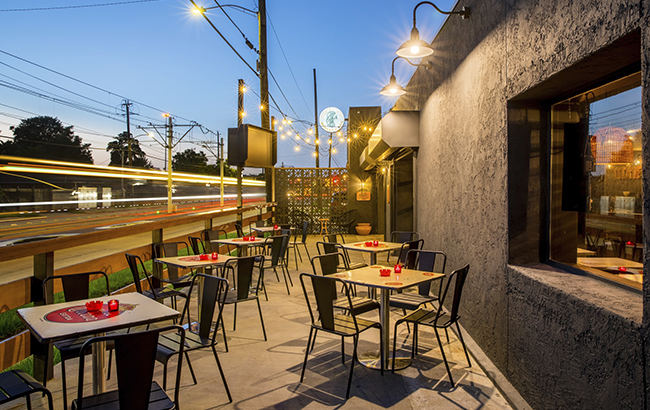 Of course, the most prominent among these influences is Mexican and Tejano culture, whose history runs deep in the Lone Star State. Now, the city is getting its own Mexican and Aztec‐inspired cocktail bar in the up‐and‐coming Lindale Park neighbourhood on the north side of town. 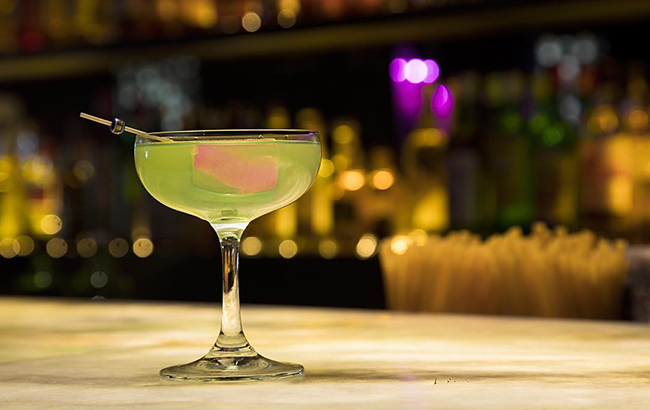 A follow‐up to its decade‐old, critically‐acclaimed Sub Astor bar, this hidden cocktail joint takes over an unused bank vault below the erstwhile headquarters of the Bank of the State of São Paulo.

Surrounded by the vault’s metal round doors plus 2,000 safety‐ deposit‐box drawers, you’ll be transported into your very own bank‐ heist movie – but the treasures here are of the liquid variety.

Fans of Sub Astor – as well as the three locations of its pioneering sister bar Astor – will recognise some of creative director Fabio La Pietra’s greatest hits, like the Fog Cutter, which manages to be smooth‐sipping even with a mix of gin, rum, brandy and Sherry.

There’s also a secret cocktail exclusive to this location, fusing whisky and rooibos tea with red vermouth and Campari. 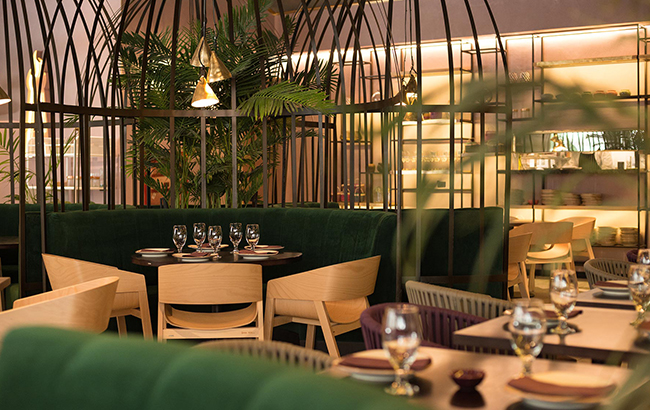 On the heels of Lima and São Paulo, Santiago has emerged as one of South America’s most exciting destinations for food and drink.

Its trendiest bar, Lolita Jones, is a glamorous, culinary‐minded Mexican concept from husband‐and‐wife duo Nicolas Yankovic and Alexandra Inunza, who both lived in New York for 10 years before returning to make waves in Chile’s gastronomic scene.

The drinks, which can be enjoyed in an airy dining room or at the gorgeous rounded outdoor bar, include fittingly Mexican Margarita riffs and originals like a Pisco Punch, made with Peruvian huacatay‐infused simple syrup. Tableside guacamole service, plus Mexican staples such as tacos and fajita platters, keep things festive throughout the night.