Having taken a chance on an ailing Cognac company, Maison Ferrand’s Alexandre Gabriel has always forged his own path, creating spirits that speak of terroir. The Spirits Business meets “a simple farmer with good timing”.

You would guess that Maison Ferrand’s Alexandre Gabriel is in a subset of one, being a spirits company CEO who knows how to milk a goat and graft a tree. It’s all thanks to his late grandfather, a winegrower in Burgundy and a true man of the soil, who has been a lifelong inspiration.

“I grew up on a farm, so that notion of terroir and the idea that wealth is in the land is always at the back of my mind,” Gabriel explains. “It’s something you’ll see in every product we make. In Cognac we have our vineyards, with Citadelle Gin we’ve planted our own juniper trees, and with Plantation Rum we’re now distillers.”

It started with Cognac when Gabriel founded Maison Ferrand in 1989, though he confesses there was no great masterplan. “I was 23 and I hadn’t a clue what I was doing,” he says. Having been an exchange student in the US, he returned home to enrol in a business school in Paris, and to help pay for his studies he offered his nascent business knowledge to small French wine producers. One day he stumbled on the house of Pierre Ferrand in Cognac’s ‘golden triangle’, surrounded by Grande Champagne vineyards and with 10 generations of Ferrands behind it. Unfortunately, production had all but stopped. Gabriel was offered a share, and within two years he had bought the house.

“In 1989 Japan was still a strong market for Cognac, but we had no brand to speak of, so we couldn’t play there,” he says. “Then, in 1991 there was a huge Cognac crisis, but we were growing because we started from nothing. When the ceiling drops it hurts your head if you’re tall, but if you’re tiny it’s OK.”

Cognac had been abandoned by swathes of French consumers in favour of Scotch, and it would be a good 10 years before it found its saviour in the young American market. US demand exploded after the release of Busta Rhymes’s smash hit, Pass the Courvoisier, Part II, in 2002.

Somehow Maison Ferrand just about managed to survive until its first break at about the same time, though it had nothing to do with rap music, as Gabriel explains: “I got lucky because 10 years in, there was the birth of mixology, and we relate to that because mixology is a movement by very passionate people who are thirsty for knowledge and they want to create.”

He insists it just happened that way, and says: “We never chase trends. For us it’s about doing things we believe in and creating products we want to drink.”

The bartending community discovered his spirits and became a big advocate. “I like to say I’m building instruments and they play the music,” he says. “They want spirits with character, and that’s what we’re about. If we’re making a Jamaican rum like Plantation, we want it to have that rum funk of ripe bananas and mango. With Cognac, it’s a Grande Champagne with a deep, intense, long finish.”

Under the strict rules of Cognac production, Gabriel was forced to leave his stills idle for seven months a year, until he persuaded the authorities to let him distil something else. The result was Citadelle Gin, launched in 1996, well before the UK’s craft gin boom. He proudly presented it to his New York importer. “Look Alexandre, we love your Cognac,” came the reply. “But French gin? Get serious. We’ll drink it because we think it’s a good product, but we can’t sell that stuff.”

Time and money had just gone up in smoke, or so it seemed, until a chance encounter with a New York Times journalist led to a glowing review for the gin and a sudden U­-turn from his importer, who said: “Hey, can you send us that price list after all?” Gabriel believes he was lucky to catch the wave when he did and to have won the support of leading bartenders.

Today, Maison Ferrand has a team of 14 in the US, engaging with consumers and bar staff every day. Without the distribution and marketing muscle to push your products, it’s crucial to create a ‘pull’, because the US route to market is not getting any easier. As Gabriel explains: “You’ve got more and more craft spirits and fewer and fewer distributors.”

Pierre Ferrand’s vineyards have expanded to 200 hectares, of which the company owns 80ha outright, and all of them are in Grande Champagne. The house has sidestepped the traditional Cognac designations such as VS and VSOP, and uses names such as Ancestrale and Sélection des Anges instead.

Alongside are interesting innovations, such as 10 Générations, which is aged partly in Sauternes barrels, and Renegade Barrel, which is matured in oak then chestnut casks, and is therefore technically an eau­-de­-vie de vin. “We’re now in 76 countries and we have teams of what we call ‘trainers’ in 11 of them,” says Gabriel, who talks of strong growth in Europe, particularly in France, Germany and the UK, “where we’re now almost 100% on-­premise,” he claims.

But Asia is different, he admits: “We are not at all in the classic Chinese market, which is very much a branded market when we’re all about the product.” However, Maison Ferrand does have a team there to target the 450,000 Chinese who return home every year having worked or studied in cities such as Sydney or London, where they’ve been exposed to a sophisticated bar scene.

Last month the firm celebrated its 30th birthday. From being a naïve 23-­year­-old in possession of an almost defunct Cognac house, Gabriel has come far. Within his eclectic portfolio is the organic vodka Froggy B, named in honour of the American who once called him a “Froggy bastard”. However, he puts his success down to good timing and says: “I’m not a genius. I’m a simple farmer trying to make products I love with an incredible team.”

Click through the following pages to see the timeline of Maison Ferrand’s brand history. 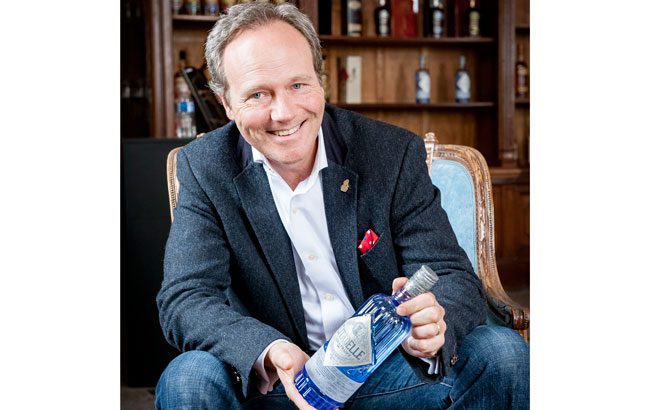 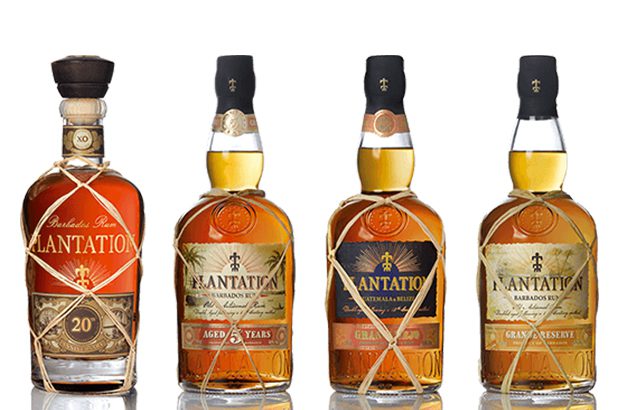 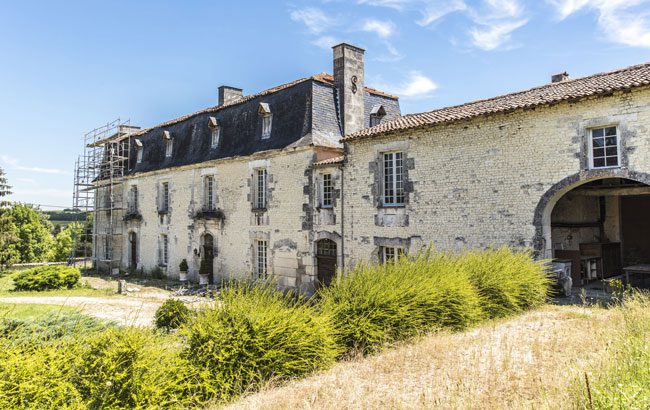