Having started a game-changing company with his Tyrrells crisps brand, William Chase then launched a vodka business, again with potatoes at its heart. Now Chase Distillery is aiming to become the cream of the crop.

The humble spud had never looked so posh as the day William Chase distilled it into a £38 (US$35) vodka on his potato farm in Herefordshire.

It was a bold move to launch into a category dominated by corporate giants and lifestyle advertising at a time when vodka was mostly generic booze or expensive bling. There was little in between, and few consumers cared what it was made of or where it came from.

The timing suggests the decision to pioneer ‘field-­to-­bottle’ vodka in the UK may have been more bonkers than bold. The first spirit from the shiny new £900,000 distillation column flowed on April Fool’s Day, 2009.

Yet William Chase knew a thing or two about brands and how to escape the commodity trap that most farmers are caught in. In 2002, having survived bankruptcy aged 29, he started turning his potatoes into Tyrrells Crisps at £1 a bag, an un-heard­-of price back then.

By the time he sold the business six years later he had already embarked on his next venture, as his son James, global brand ambassador for Chase Distillery, explains: “We were coming back from a trip to America to buy more crisp-frying equipment, and going through Manhattan we saw the rise of craft distillers. It was just after 2006/7 when the US government relaxed the rules on distilling.

“We also had a huge surplus of small potatoes. They were too small to make into crisps and too wonky to sell to the supermarkets. We thought rather than feed them to cattle, why don’t we build a distillery, although it took a long time to get a licence.”

Today, the Global Vodka Alliance lists 25 potato vodkas in its directory, but a decade ago there were precious few. “We believe potatoes provide a far superior taste than grain alcohol, but it is more expensive and it’s a lot more faff and backache,” says James. Apparently, every bottle of Chase Vodka contains 250 spuds.

In the second year, the family began redistilling the vodka into gin. Given the subsequent gin boom you wonder if they got it the wrong way around, but James is adamant: “Vodka is everything to us. It might not be our biggest seller, but it’s like the Burberry trench coat for soldiers in the war. It was Burberry’s original product, though they probably sell more perfume now.”

The aim was to build Chase Vodka like a wine brand, with a clear sense of terroir and with strong green credentials. It was certainly a novel approach, as he explains: “With spirits it was more about celebrity endorsement and packaging as opposed to a real, field-­to-­bottle sustainability message.”

THE TIDE IS TURNING

Getting the message through with vodka or standing out from the vast crowd of craft gins was never going to be easy. Being distilled on the farm, rather than merely compounded like most gins, matters a great deal to the Chase family. How much it matters to the consumer is something else, but James is convinced the tide is turning.

“You are what you eat and what you drink, and while it might be quite a top­-end, middle-­class thing at the moment, I think it’s the future,” he says, pointing to the new plastic­-free Waitrose supermarket in Oxford, and the small chain of The Pig hotels. These are owned by Robin Hudson, who founded Hotel du Vin, and are proving popular with their ‘garden-­to­-plate’ cooking and local sourcing.

“People really are tuning into this, and it’s a trend that isn’t going to go away,” James says. “And ultimately it comes back to the farm and where things are sourced from.” The brand was initially built in the UK, one food festival at a time, and “when we started, the consumer’s knowledge was really terrible. Now it’s come on in leaps and bounds,” he says.

Today, educating people is in the hands of the distillery tour guides, who he calls “the most important people in our business”. This year Chase is hoping to attract 30,000 visitors to its corner of Herefordshire. The distillery also hosts events like Rock the Farm and the Chase Cup for bartenders who “don’t want to see me anymore”, says James. “They want to meet my brother [Harry], who’s the farmer and drives tractors all day.”

To help build exports, which currently account for 20% of volume, James has moved to Chicago. Here, he obviously can’t play the local card, but he can bang the ‘field­-to-bottle’ drum, and it seems to resonate in California and cities such as Chicago, which “has probably got the best food and drink scene in America”, he adds. “It is hard. Realistically, we don’t have global distribution, but rather than volume I just want to be in the best wine shops and bars where they can tell our family story and where they appreciate the lengths we’ve gone to to create our spirit.”

Inevitably, this homespun approach has been picked up by rivals. “The hardest thing for us is bigger brands copying the message,” he says. “If you go on the Grey Goose website, it’s got ‘field-­to-­bottle’ all over it, and you’ve got Absolut with its Absolut Elyx ‘single estate’ vodka.”

Boundaries are blurred in this modern, post­-truth world, where Tito’s Handmade Vodka can sell 7.4m cases in the US in 2018, according to Impact Databank, with every bottle crafted by hand, presumably. Then again, Tito’s sells for US$15 a pop compared with Chase at US$35, so it is a rather different market.

“Being independent, you have to innovate to keep front of mind with buyers,” James says. From Chase’s Marmalade Vodka to its Grapefruit and Pomelo Gin, there’s already quite a range. In the pipeline is an English whisky, possibly for release this year, and there have been discussions about low-­ and alcohol­-free spirits, too. But whatever happens, the core is likely to remain vodka, gin and the unassuming spud.

Click through the following pages to see the timeline of Chase Distillery’s brand history. 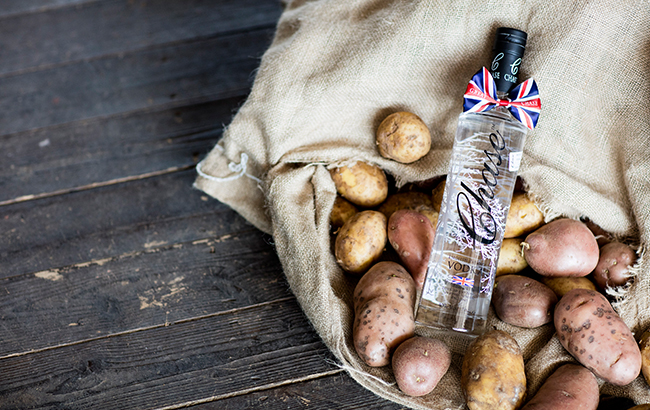 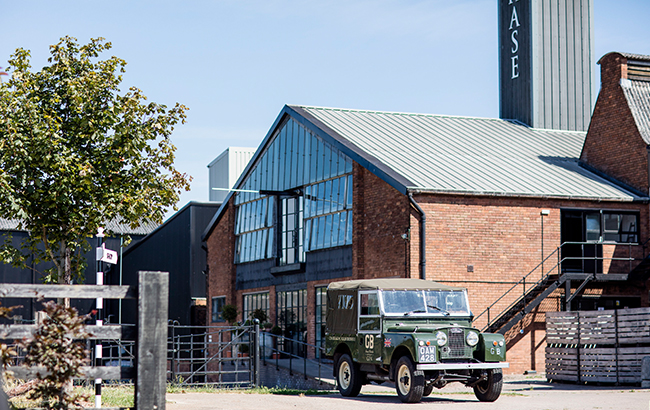