For drinks brands, success in North America is the Holy Grail. But the road to victory is not smooth. The Spirit Business outlines four key factors driving spirits trends and shaking up the region.

The US is one of the toughest spirits regions to break into – but get it right, and rewards await. The total US spirits market has been expanding for the past nine years, and in 2018 it hit a record 231 million cases, according to the Distilled Spirits Council.

Its CEO, Chris Swonger, credits the category’s growth to the consumer shift from beer and wine, particularly among millennials. While volumes grew by 2.2%, value jumped by 5.1% to US$27.5 billion – proof that consumers are still trading up. It is small wonder, then, that every international brand owner wants a slice of that American pie.

Yet the competition appears to be growing even faster, and those much-courted millennials are nothing if not fickle when it comes to brands. While the craft movement might favour smaller, independent suppliers, the route to market is becoming increasingly congested for them, given the continued contraction among distributors in the US.

These distributors now have the added distraction of cannabis, which is set to become legal in drinks in Canada by the end of the year. But to avoid too many generalisations in this vast and endlessly diverse market, let’s stick to four key topics to explore.

Click over the following pages for an in-depth look into the biggest spirits trends boosting the industry in North America.

“The on-trade is still critically important,” says Pete Carr, Bacardi’s regional president, North America, “it’s where consumers fall in love with our brands.” The channel is growing faster than the off-trade at Bacardi, while Jean-Jacques Dubau, Campari Group’s North America managing director, adds: “On-premise is where brands are born and often where trends are born.” He claims that Aperol is the fastest-growing spirit in Canada, spearheading a “trend that started in Montreal and is spreading out to other major cities, like Toronto and Vancouver”. In the US, the Negroni remains crucial to the Campari brand’s success, and in June 2018, 3,100 US bars participated in the annual Negroni Week. According to Dubau, you can now find “a great Negroni perfectly made in Louisville or Kansas City”.

Christophe Prat, vice-president of Pernod Ricard’s House of Tequila, makes a similar point. “The new, cool bars are no longer being opened in places like New York, LA and San Francisco because they’re too expensive,” he observes. “We see a lot of amazing bars coming out of second-tier cities, like Austin and Nashville.” Among cocktails, the Margarita is still driving Tequila volumes in the US, “but we’re trying to push more sustainable Margaritas using local ingredients, or re-using the ice”, he says of his core brand, Altos.

The other Tequila cocktail with big potential, in his view, is the Paloma. With regards to gin, when compared with the UK, “there’s an eight- to 10-year time-lag” says Fairfax Hall, co-founder of London’s Sipsmith Distillery. “A normal bar in the UK might carry 20 or 30 gins, while its equivalent in the US would have four or five. I just have the sense that gin is on the cusp of really taking off in the States.”

It seems the quality of tonic on offer is improving there as well, while some consumers have adopted the ‘gin sonic’, where the bitterness of a G&T is softened with soda water.

As for Scotch whisky’s embrace of cocktail culture, Craig Bridger, Whyte & Mackay’s malt specialist director for the region, says: “A lot of the trend-setting bars are elevating the game and using single malts when they’re mixing Scotch.”

This last point reflects the established trend for trading up, and the unshakeable belief among US Scotch drinkers that blends are good, but malts are better. Sales of the latter grew by 200% from 2002 to 2018, while blended Scotch fell by 13%, according to the Distilled Spirits Council. Chris Spalding, CEO of Edrington Americas, admits that blends may have been overshadowed by single malts, but he believes the overall growth in premium spirits is here to stay. As does Campari Group’s Dubau, regarding the US. “In Canada, premiumisation may have slowed marginally,” he says, “but this is just as much tied to the fact that beverage-alcohol taxation rates are outpacing Canadians’ disposable income.”

But for Whyte & Mackay’s Bridger, the drivers behind premiumisation in the US have changed. “It is no longer about ‘badge’ drinking and saying ‘look at me’ or ‘please bring me that bottle with sparklers’. It is shifting to a story of true quality, heritage and craftsmanship,” he says. Pernod Ricard’s House of Tequila VP Prat agrees, saying: “The ‘drink to impress’ is becoming less relevant,” and he points to the contraction in high-end vodka as evidence of this. “There were too many ultra-premium vodkas out there without any substance or heritage,” he adds. But the runaway success of Tito’s vodka is as much to do with its US$15 price tag as its claim to being ‘handmade’.

Having more information also plays a part, in the view of Sipsmith Distillery’s Hall. “People are discovering where, why and how brands are made, and informed consumers are prepared to pay a premium,” he says. This is clearly true of ‘craft’ spirits, though Prat stills wonders what US consumers really mean by ‘craft’. For him it’s about brands with authenticity and heritage. Others might feel it suggests being small-scale, but not Simon Fay, Jameson’s international marketing director. “Jameson is the number-one craft spirit in the world,” he says of the Irish whiskey whose US volumes hit almost 3.5m cases last year, according to Impact Databank. The brand’s loyal fan base is being encouraged to trade up to Jameson Black Barrel at US$40 a bottle, and its Caskmates series finished in craft beer barrels at US$30.

Premium Tequila is growing as consumers continue to move from mixtos to 100% agave brands, yet rum remains bottom-heavy.

“Rum culture is at a turning point,” claims Bacardi’s Carr. “In the next five years, we expect our premium rum portfolio to grow by 10% globally as consumer trends are playing in our favour.”

Looking at the past year’s sales in North America, he says: “We are really pleased with our traction against that goal.” 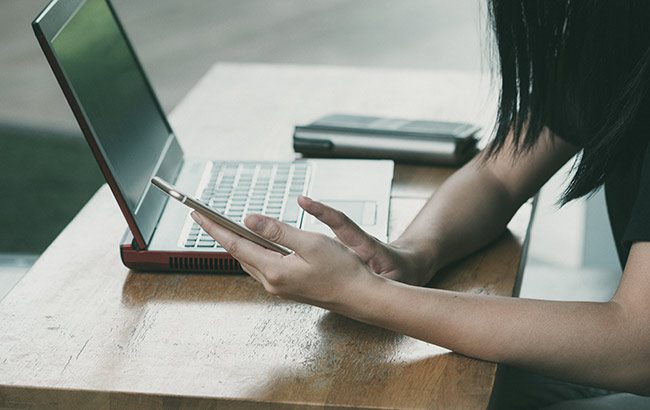 In America’s three-tier system, contraction in the mid-tier continues apace, with the newly merged Young’s Market and RNDC having a 19% market share behind the giant Southern Glazer’s Wine & Spirits, on 32%. That doesn’t bode well for smaller suppliers, you might think. “The system is undeniably set up to favour the big companies, and it’s particularly difficult for international brands,” says Hall, who knows from bitter experience with Sipsmith. Life in the US has become a whole lot easier for the brand since Beam Suntory bought a majority share in 2016.

Distributor sales teams carry a vast book of brands, albeit digitally, and it is hard to stand out. But Fay says: “The most important thing, whether you’re Pernod Ricard or a small independent, is that you must remain relevant within their book, and that means that as distributors become bigger and rotate their teams, you’ve got to go back in and tell your story again. It’s obviously harder for the independent guys to get that share of time and mind.” It will be interesting to see if the plethora of new Irish brands can chip away at Jameson’s US share of Irish whiskey, which Impact Databank puts at 83% last year. Not that Jameson feels constrained by the category as it takes on Jack Daniel’s and Johnnie Walker.

“Consolidation means more powerful and more distracted distributors, who will be juggling thousands of SKUs and multiple priorities across all suppliers,” says Whyte & Mackay’s Bridger.

Adding to that distraction is the hazy fug of weed. In Canada, Southern Glazer’s has become the exclusive distributor of cannabis producer Aphria, while in the US it is unclear whether the drug will follow the three-tier distribution model of alcohol – although it currently remains illegal on a federal level.

Meanwhile, as e-commerce starts to really take off in the spirits world, the likes of Amazon threaten to do to traditional wholesalers what Airbnb has been doing to the hotel industry.

“In the US, spirits are gaining share primarily from beer and wine,” says Campari’s Jean-Jacques Dubau. “In Canada, the obvious target is beer, especially with the Aperol Spritz.” The orange apéritif is also recruiting spirits drinkers as they shift to lower-strength cocktails. Meanwhile, at its sister brand Skyy Vodka “we are building our Proudly American marketing campaign to champion ethnic diversity and support the LGBTQ community and gender diversity,” explains Dubau.

At Edrington, Chris Spalding takes a more ‘occasion-based’ approach. “North America is a great melting pot, so let’s make sure we’re speaking to society,” he says. “It’s less about ethnic groups or gender, than just truly engaging with people and moments across society.” His team has helped build The Macallan into a strong brand whose US sales passed 250,000 cases in 2017, according to Impact Databank, though life for its blended stablemate, Famous Grouse, is more challenging. Whyte & Mackay’s Bridger also aims to expand the drinking occasions for Scotch and “shake off the fusty stereotype,” he says. “It means we have to be in the most on-trend and exciting places in the on-premise and on their cocktail menus.”

Finally, partnerships are another way of recruiting new consumers, and Dalmore’s recent tie-up with the renowned chef Massimo Bottura led to a one-off bottle that raised US$141,688 for charity, and tapped into “this huge culinary entertainment scene,” says Bridger. “Initiatives like these will hopefully give us a lot of new, curious eyeballs that hadn’t previously seen Dalmore.”

These are just some of the major trends in North America. With consumers trading up and becoming more engaged than ever, premium spirits brands with authenticity and a compelling backstory are reaping the rewards. Yet, as we’ve seen, the route to market – especially for international brands – is as challenging as ever.