The massive success of drinks featuring Aperol and Campari has opened the door for other bitter drinks to make their mark on the spirits world. The Spirits Business looks at the growth of aperitivos and amaros. 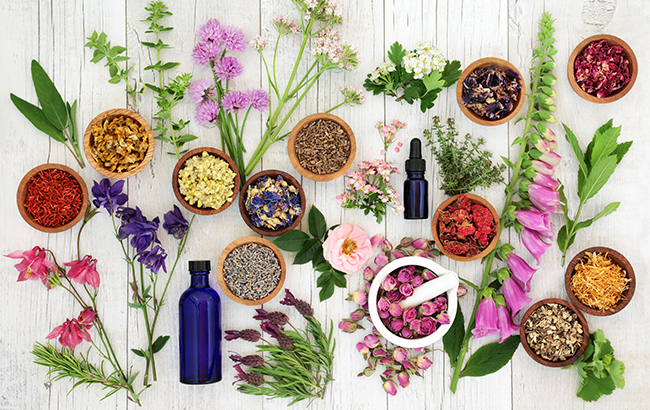 The infusion of herbs, spices and roots into alcohol is a practice that dates from ancient Egypt. Over centuries, such bitter elixirs were prescribed and consumed as medicine – indeed, one of the world’s most famous bitter spirits, Angostura Aromatic Bitters, was created in the 1820s to treat the stomach disorders of military men who were struggling to acclimatise to a Caribbean diet.

But today, bitter spirits are much more than merely functional antidotes for indigestion. As consumers’ taste preferences become more sophisticated, bitterness in spirits is no longer seen as something to mask with sweetness: it is an attribute to celebrate. Their palates whetted by gin, imbibers are swapping their sweet cocktails for drier, more herbaceous and savoury styles of drinks. “If, 20­-30 years ago, bitterness was considered something to overcome to be successful, this is not the case anymore,” says Andrea Neri, managing director of Italian icons such as Aperol, Campari and Averna at Campari Group. “If you think about the explosion of the coffee category and all the varieties now available, this shows bitterness is no longer an issue in terms of taste profile.”

According to EU regulations, there is one ‘bitter’ category for spirits. However, there are three unofficial subsections within this definition that are not defined in law: cocktail bitters, bitter liqueurs (aperitivos) and amaros (digestivos). According to Neri, while the “liquid intrinsics” of each bitter spirits variety are the same, they are distinguished by their use: as cocktail­-flavouring agents, before-dinner drinks and after­-dinner drinks.

Alongside the growing popularity of bitter flavours, the entire ‘bitter spirits’ category has been boosted by a confluence of positive trends, namely: natural ingredients, lower alcohol and the rise of the Italian-inspired aperitivo occasion (or apéritif, if you’re in France) – spearheaded by Aperol.

The bright orange liqueur has managed to swipe market share from wine, beer and gin to dominate the before-dinner moment of consumption in many markets with its ubiquitous Spritz serve, described by Neri as “one of the most important innovations in the spirits industry in recent years”.

In 2018, Aperol’s sales soared by 28.1%, bolstered by continued growth in its core European markets. Neri says drinkers are drawn to the “accessibility” of the Aperol Spritz, which is “less complex” than classic bitter drinks, but is an “elevation” from “more mainstream alcoholic beverages”.

Stablemate Campari increased sales by a healthy 5.1%, thanks to the growing popularity of cocktails such as the Boulevardier, Americano and Negroni, which turns 100 this year, a milestone that will no doubt be marked by Campari with a series of high­-profile activities. The two brands have managed to avoid cannibalisation, says Neri, by targeting different audiences. “In every market where Aperol is successful, Campari is successful too,” he says.

When it comes to amaro, Neri prefers the title ‘after­-dinner drink’ to digestivo, to “step away from the functional description” of the category. Neri sees an opportunity for Campari Group’s amaros, including Averna and Braulio, which are lesser known that its aperitivo liqueurs, to have a greater association with the ‘after­-dinner’ occasion, where coffee dominates. “We are taking on the challenge to start bringing bitter spirits into intimate social moments, where you can sip and appreciate an after­-meal drink,” he claims. Campari Group’s amaros may not be gearing up to replicate the volume success of Aperol, but Neri is pursuing what he views as an untapped value growth opportunity.

One brand that has cleverly combined two staples of the after­-dinner consumption occasion is Australian cold-­brew coffee liqueur Mr Black, which last year launched its Coffee Amaro. The brand mixes cold-­brew coffee with spirit and infuses the liquid with a range of botanicals, including some local ingredients, creating a “drier style of amaro”. “Bitter flavours are really hot right now, and people are acquiring a taste for bitter products – it doesn’t matter if it’s coffee, chocolate or cocktails,” says Martin Hudak, global coffee ambassador for Mr Black. He adds that amaro is the “natural next step” for gin fans, the number of which continues to multiply.

While the big Italian liqueurs have spearheaded growth in the category, he sees that consumers are becoming more interested in artisanal amaros that use local flavours, reflecting the craft gin trend.

“Botanicals grow everywhere, citrus grows everywhere, and so many distilleries are launching some sort of amaro,” says Hudak. “These products are challenging the category and perceptions of what amaro is – it’s awesome.”

In 2014, famed cocktail bitters and rum maker Angostura, based in Trinidad and Tobago, launched an amaro in celebration of its 190th anniversary. Amaro di Angostura is created using a traditional method of cold percolation, whereby neutral alcohol and finely ground herbs are poured into a percolator and left to marry for three months. The resulting essence, created in Port of Spain, is then blended with Angostura Aromatic Bitters. Much like Angostura’s famous cocktail bitters, the exact recipe is a closely guarded secret.

“We have a bespoke percolator design that is one of a kind, and to the best of our knowledge it’s the only one being used right now to craft an amaro,” says Natasha Mustapha­-Scott, Angostura’s executive manager for marketing. “We thought this product would be a natural extension of our Angostura Aromatic Bitters line. Fans of bitters are always willing to experiment, they are always willing to try new cocktails and new drinks, so we believed this was a natural fit.”

In the Baltics, Amber Beverage Group (ABG) is seeking to introduce the world to Riga Black Balsam, which is made with 24 ingredients including 17 botanicals, juices, caramel, French brandy and other ingredients. The brand is well­-known in its domestic states and is used in everything from cakes to cosmetics, but is gradually growing its footprint in export markets – which now account for 40% of its sales. This year, Riga Black will enter the super­-premium category with a new product, and is also developing a new flavour that will “correspond to a really big global trend”, says Māris Kalniņš, ABG’s global portfolio director/mixology.

He continues: “It’s the right time for us to go global, because all the prerequisites are there. We see more occasions opening up for bitter spirits, which are becoming more popular in every type of cocktail, not just after­-dinner drinks. That’s why, for us, bartenders are the gatekeepers for Riga Black Balsam in export markets.”

Kalniņš believes support from the on-­trade helps consumers to understand the complex amaro category. For Riga Black Balsam, education is the “key challenge”, as well as its “key opportunity”, he says, adding: “Riga Black Balsam is not another vodka, it’s not another whisky or rum – it’s completely different. That’s why we have to think smart about how we approach our consumers.”

A number of players claim that despite its potential, the category is one that suffers from ambiguity and confusion. While working as a bartender a number of years ago, Martini’s global brand ambassador, Roberta Mariani, sought to educate consumers and bartenders about the differences between bitter spirits and vermouth.

She says: “Today, education about the categories is crucial, especially because vermouth and bitters are growing and getting a lot of interest from consumers and bartenders. Clarity really helps.”

For Mariani, new legislation that offers a clear distinction between the types of bitter spirits “would be amazing” and is a possibility in the coming years. Meanwhile, Mr Black’s Hudak says regulation over varying ingredients, sugar content and spirit strength in the category would help people “understand the boundaries”. He explains: “You can apply the term ‘amaro’ to almost anything these days. It’s such a wide category, and I am not surprised people are feeling lost.”

Riga Black Balsam’s Kalniņš also believes most drinkers do not understand the category, but neither do they care, he says. “As a bitter spirit, the biggest thing that defines your area of focus is the occasion you are targeting.”

But is it overly restrictive to heavily associate bitter spirits with designated occasions? Campari’s Neri raises a good point: “If we had thought 10 years ago that aperitivo was too restrictive as a moment of consumption because it was only relevant in Italy, we would not have the global success of Aperol or the Aperol Spritz.

“There are ways we can build our brand outside of traditional boundaries. We should not stop ourselves at definitions and labels – Aperol testifies that we have been able to do so.”