How spirits producers are surviving in Venezuela

The volatile political and social situation in Venezuela has hit spirits brands. The Spirits Business examines how they are coping with the unrest, and looks at how drinks companies are faring in Latin America as a whole. 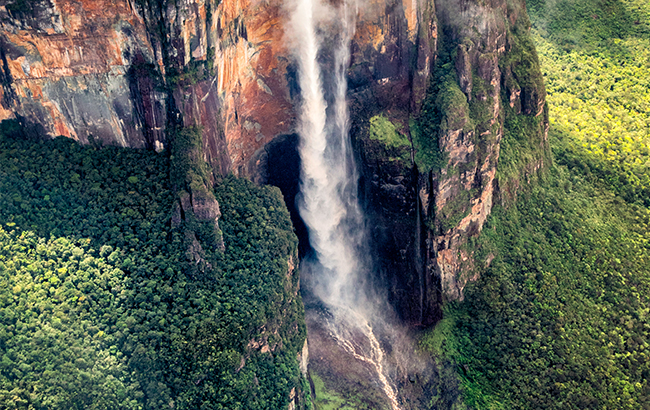 Venezuela is the reverse tale of rags to riches. Once the wealthiest country in South America, crippling inflation rates and political turmoil have plunged the nation into a downward spiral of chaos and crisis. But how did one of the continent’s most prosperous countries fall into such hardship – and how is this affecting players in the spirits industry?

The country’s current affliction can be traced back to April 2013 when left­-winger Nicolás Maduro was narrowly elected president of Venezuela after the death of long­time socialist leader Hugo Chavez. Claims of fraud from the opposition tarnished the results and protests broke out against Maduro the following year.

In 2017, months of anti­government protests took place nationwide after Venezuela’s Supreme Court declared it was taking control of the National Assembly. One hundred people died during the dissent and the Supreme Court made a U­turn on its decision. Maduro won a snap election that was called the following year – but two leading opposition candidates contested the results, alleging votes were rigged.

By then, the situation in Venezuela had drastically deteriorated. Food and medicine were in short supply, and the economy had imploded as hyperinflation took hold across the country and pushed people towards destitution. The International Monetary Fund predicted prices in Venezuela would rocket by 1,000,000% by the end of 2018. At this point, the United Nations said more than three million people had fled the country.

On 10 January this year, Maduro was officially inaugurated as president. The new leader of the National Assembly, Juan Guaidó, however, branded him a “usurper”. As the country’s stability continued to crumble, Guaidó cited emergency powers and declared Maduro’s presidency illegitimate, claiming the title for himself. The US and several Latin American countries are among those that have recognised Guaidó as Venezuela’s president.

As Venezuelans struggle to purchase everyday necessities, spirit sales have, unsurprisingly, taken a hit. But being a locally produced commodity has perhaps been a small saving grace for Santa Teresa – though the brand has undeniably been affected by the country’s situation.

“Venezuela continues to be our biggest market by quite a bit,” says Sanchez. “The contraction in the market has been quite significant. Local sales have gone down; the population as a whole is finding it hard to meet even basic needs, let alone discretionary items such as spirits.” Sanchez explains that at its peak, Santa Teresa’s exports accounted for “between 5% and 10% of total production”, but this percentage has grown to “15%=-20% of volume sales being exported” as sales in its homeland slow.

Despite the seemingly insurmountable challenges the country presents, thankfully Santa Teresa’s production has been “relatively unaffected”.

“One of the advantages of distilling 100% of our rum in Venezuela and relying 100% on Venezuelan molasses, is that we’re self-sufficient,” Sanchez explains. “To quote [politician Benjamin Disraeli]: ‘There’s no education like adversity.’ As a 220­-year-­old family company, we have faced it so much we have become very good at dealing with it. Over the past 50 years, not once have we been unable to meet our demand from abroad, and we continue to ship exports out of Venezuela.”

Though exporting is not without its own challenges. Sanchez cites a “combination of factors that work against us”. Gaining the required permits needed to export is one, then there is the need for inspections from different administrative bodies – including the tax authority, law enforcement and the ports themselves – that don’t always work well together. Also, the ratio of ships to the growing number of exports out of Venezuela means those wishing to sell abroad are having to wait longer to move their produce.

Diplomático is another Venezuelan rum that is all too familiar with the country’s troubles. The distillery employs several hundred people but production for the local market has been significantly cut. Edouard Beasley, global marketing director, says: “We have managed to continue to work and produce rum, and for us it’s very important that we’re able to keep our employees in work and support them and their families through such a difficult situation. Venezuela used to be an important market for us, but while our sales have gone down due to the current situation, they’ve gone up around the world. So that’s what’s enabling us to sustain our position and the people whose lives rely on the production of Diplomático. We’ve more or less been able to maintain staff numbers, but it has been difficult.”

As local producers struggle to remain relevant in Venezuela, imported spirits have faced an even tougher battle. Scotch whisky’s sales journey in Venezuela, for example, has been far from linear. In 2012, Venezuela was the most valuable South American market for the Scotch industry. Volume exports grew by 32.62% from 2011 to 2012, but drastic declines followed, according to the Scotch Whisky Association (SWA). In 2013, exports fell by 34.25%, and dropped even further in 2014, crashing by 62.75% compared with the previous year. A similar story repeated itself in 2015 as exports declined by a further 57.59%, only to experience marginal movement in 2016 (up by 2.57%) and 2017 (down by 0.96%).

“Exports of Scotch whisky to Venezuela have fallen from more than £100 million a decade ago to just over £10m in 2017, but the market has experienced a number of significant year-to­-year fluctuations and remains turbulent,” said a spokesperson for the SWA. “It would be unwise to speculate on the future of the market at this time.”

However, figures from the Pernod Ricard Market View, based on IWSR data ending 2017, shows the severity the Venezuelan crisis has had on individual Scotch whisky brands over the past decade. Sales of Pernod’s Chivas Regal reached 149,000 nine-­litre cases in Venezuela in 2007, but by 2017, volumes had crashed to just 4,000 cases.

“Venezuela is no longer a place of focus for us,” says Corneliu Vilsan, marketing director EMEA – Latin America, Pernod Ricard. “Our main issue is getting money out of the country rather than building brands. We don’t have affiliates there, but we have a small presence.”

Nonetheless, given the natural volatility of Latin America – “you get that with emerging markets”, says Enda O’Sullivan, William Grant’s managing director for the region – producers are confident Venezuela will eventually come out of the other side of its current unrest, ready to prosper once more. “Venezuela was a key market in the Latin American region for our business,” says O’Sullivan. “But William Grant is a family business and we like to focus on the long­-term and not get caught up in political events. Our brands have a good reputation, and even with the likes of Hendrick’s, we see opportunity in the long term. For Venezuela, yes, there are short­-term challenges that will need to be solved before opportunity returns.”

The spirits world can only wait and hope it won’t be too long until Venezuela goes from rags to riches once more.