Reports about the dangers of alcohol are recommending a clampdown on drinks advertising and tax hikes. But just how accurate are these studies, and how powerful are they? The Spirits Business investigates. 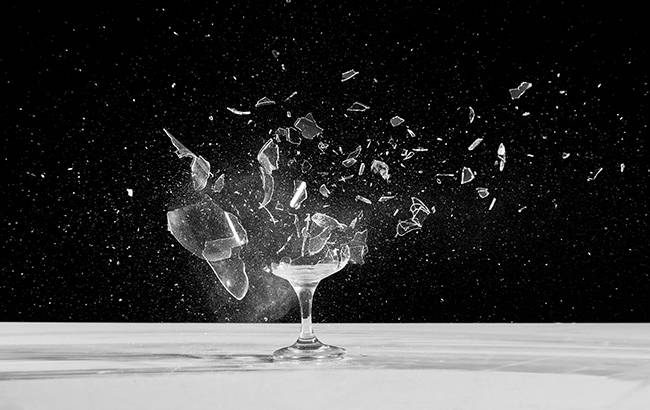 In recent years several studies have claimed that consuming even modest amounts of alcohol is toxic to health. The drinks industry, however, has slated these studies as misleading and deceptive in their conclusions. The pattern appears to be that as soon as one is published another emerges with conflicting results.

“Over the decades, there have been hundreds of medical studies that show that, compared to abstention, moderate consumption of alcohol is associated with a lower risk of heart disease and Type 2 diabetes, among other potential benefits,” said Dr Sam Zakhari, senior vice president of science for the Distilled Spirits Council. “Studies also show that moderate alcohol consumption is associated with reduced risk of all­-cause mortality among middle­-aged and older adults.”

Last month, medical journal The Lancet hit the headlines when its new study reported a substantial upsurge in the global consumption of alcohol. The authors claimed that while alcohol intake in some markets is dropping, low­ and middle-­income countries are consuming more alcohol as they become wealthier. The report is the latest blow to drinks companies in a long­-running debate over the safety of alcohol. It follows two studies published last year by The Lancet, including one that claimed there is “no safe level of alcohol consumption” and another that stated drinking one alcoholic beverage a day could shorten a person’s life by six months.

The latest study suggests that between 1990 and 2017, total annual alcohol intake has jumped by as much as 70%. Importantly, the study anticipates a per capita rise of nearly 18% from 2017 to 2030, meaning the World Health Organization (WHO) would miss its targets for alcohol reduction. The Lancet’s findings and recommendations were disputed by the alcohol industry, which accused researchers of using a “questionable” forecasting model and producing results that contradict previous WHO findings.

In response to the WHO­-funded study, data analyst the IWSR claimed the forecast figures may have been inflated. Mark Meek, IWSR CEO, said: “IWSR Drinks Market Analysis has tracked a similar rise in per capita alcohol consumption during the 27­year period and actually recorded a marginally higher rise of 74% in 100% alcohol intake. More recent trends might, however, question whether the momentum is in place for the alcohol sector to realise the continued growth levels predicted to 2030.”

In the 10 years from 1990 to 2000, alcohol intake increased by 20%, accelerating to 25% in the next decade, the analyst noted. However, the IWSR said there has been a “considerable slowdown” in alcohol consumption, with growth falling to 17% in the most recent 10­-year period. Although The Lancet study accepts there will be a drop-off in the growth rate, the scale of the predicted rise “appears bullish” to the IWSR – even with the anticipated rise in female drinkers and higher wages in low­ and middle-­income countries.

The analyst claimed that “constraining factors” such as the rise in regulation in emerging markets, and the subsequent drop-off in illicit consumption, as well as moves by the industry to promote responsible drinking and a pervasive trend of ‘drinking less but better’, will “dilute the per capita growth levels for alcoholic drinks”.

Trade body Spirits Europe also believes the report contradicts existing evidence of lower drinking rates that had been previously backed up by the WHO.

“More and more people are drinking responsibly across the world,” said Ulrich Adam, director general of Spirits Europe. “This study is only a projection, while the WHO’s own evidence shows that binge drinking is down across the globe. We’re committed to combating harmful drinking, and the results are there: there is already a reduction of up to 13% in binge drinking, as the WHO reports.”

Non­-profit independent organisation the Alcohol Information Partnership supports this stance, and said that in the UK drinking levels have “been falling for over a decade”.

The Alcohol Beverage Federation of Ireland (ABFI) also argued that the consumption data for Ireland cited in the report was “incorrect”, with Central Statistics Office and Revenue Commissioners’ figures showing a marginal increase of 0.1% from 2017­18. The ABFI claimed that since 2001, average per adult alcohol consumption in the country has fallen by 23.3%.

Off the back of the report’s findings, its authors have called for the implementation of additional policy measures, including increased taxation, restricted availability, and a ban on alcohol marketing and advertising on a global scale. In response, US trade association the Distilled Spirits Council said such moves “will exacerbate dangerous illicit alcohol consumption” and called for a “country-­by­-country” approach to tackling harmful drinking.

However: “Advertising bans are not an effective harm­-reduction strategy,” said Zakhari, of the Distilled Spirits Council. “Alcohol advertising can be effective in driving brand choice among different alcohol products. With thousands of brands available in the marketplace – and new product lines being introduced every year – advertising is an important marketing tool for alcohol companies looking to increase their market share.”

Patricia Callan, director of the ABFI, agrees. “Innovation in our industry has to be backed up by marketing because that’s what it takes to get new products on to the market,” she said, adding that Ireland already has “one of the most restrictive voluntary advertising codes in the world”.

Spirits Europe’s Adam believes that for more developed markets, such as Europe, “you need to look at advertising more as a driver for premiumisation and brand loyalty. It supports choice and availability. There’s a market-­functioning element in mature markets attached to it, which would be undermined by such a ban. Premiumisation is the way forward to show growth can be sustainable and responsible, and that’s where the direction of travel is clearly going.”

According to Adam, the answer to combat harmful drinking is a collaborative industry effort. “It’s about working in partnership, doing responsible-­drinking initiatives and target intervention to reduce harm,” he said. “We think these initiatives, particularly in Europe, are starting to work.”