The world’s biggest vodka brands are struggling against a tide of changing consumer preferences in the key US market. But for category leaders, emerging geographies tell a very different story. 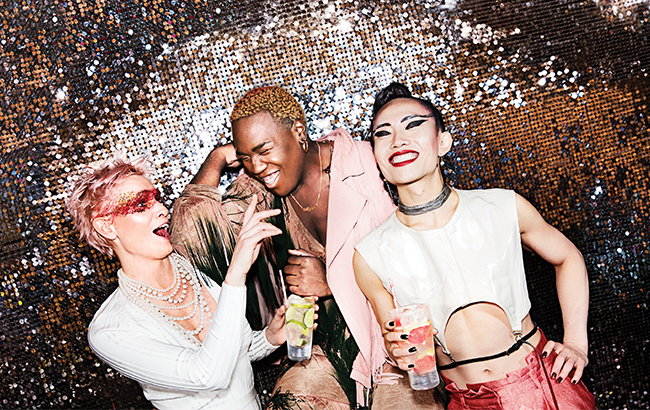 Party spirit vodka was the epitome of cool in the 1990s, a coveted clear drink sipped on screen in Cosmopolitans by the Sex and the City cast and ‘shaken, not stirred’ for James Bond’s Martini. But since then Carrie Bradshaw and her clique have moved on, there’s a new Bond actor on the horizon, and vodka has been left with a lingering after­party hangover.

The category has struggled against a changing tide of consumer preferences in recent years, chief among them the much-­reported flavour boom and bust, which hit the big players hard. In the midst of an existential crisis, vodka leaders have implemented radical changes to their marketing and product development strategies to compete with the growing popularity of gin and craft distillers. Indeed, as the stars of small and medium brands such as Tito’s rise, international vodkas have been left in the dust in their critical US market. And in a reverse of wider trends seen in the spirits world, vodka is performing better at the lower end.

“All premium-­plus categories (except vodka) are forecast to grow over the next five years.” That was the damning prediction of drinks market analyst the IWSR last month. But is the outlook for the sector’s leading vodka brands really so bleak? The world’s largest spirits producer, Diageo, reported that vodka was the only spirit category that declined in its 2017/18 fiscal results – and it is certainly not alone in seeing its vodka portfolio struggle. But for all the doom­-and­-gloom expectations voiced over the premium-­and­-above sector, on closer inspection, the vodka category is, overall, continuing to shift impressive volumes.

FROM LEADERS TO CHALLENGERS

In 2018, total vodka volumes, including standard expressions, registered sales of close to three billion litres (2.996 billion litres) – a marginal decline on 2017, according to figures from market analyst Euromonitor International. Volumes are forecast to pick up again in 2019, to reach 3.014bn litres.

Diageo reported a 1% combined organic net sales loss for its vodka brands in its 2017/18 fiscal year, with category leader Smirnoff, experiencing a 2% drop. However, the rate of decline was an improvement on the previous year when vodka – again, the only category in the company’s spirits stable to falter – dropped by 4%.

Six months on from the firm’s full­-year report, and things are looking much rosier for Diageo’s vodka brands. Vodka “returned to growth” during the final six months of 2018, with sales up by 3% as a result of growth in all regions. Overall, Smirnoff grew by 2%, but outside of the US, sales were up by 6% – a “strong” result that offset the brand’s 2% decline in the States. So is vodka ready for a comeback?

“If you look at our fiscal results, Diageo’s vodka business was impacted by tough competitive conditions, including the US and Europe,” explains Neil Shah, global marketing director, Smirnoff. “However, we are seeing momentum returning. Smirnoff is the world’s number-­one vodka brand, and it’s critical to the category that we get it back to consistent growth. More investment in the brand is contributing to more sales.”

Diageo’s Ketel One vodka had a profoundly profitable period in the US in the six months to 31 December 2018. The “successful” launch of Ketel One Botanical – a 30%­abv botanical spirit – helped to boost US sales by 22%. This, however, was offset by Cîroc, which saw organic volumes drop by 12% in the States during the same time.

It’s no secret in the spirits world that the US is a difficult market to break into, and an even more challenging one to sustain – and Diageo is not alone in finding challenges there. Pernod Ricard­-owned Absolut has also struggled to retain mindshare of American drinkers. In the parent company’s 2017/18 full-­year results, published last August, Absolut reported an overall return to growth (2%), but saw sales drop by 4% in the US because of a “difficult vodka category”. Remove the US from the picture, and sales showed a healthy 6% increase, driven by China, India, Latin America and Europe.

“To be honest, there’s an element of us recognising we have to introduce our brand to a new generation of consumers,” reasons Charl Bassil, VP marketing, Absolut. “You’ll see a barrage of interesting campaigns centred around our values, particularly on the planet and the future of sustainability of how we bring vodka to the US in a sustainable way. Like anything, you take your unassailable position in a place for granted, and we have had to recognise we’re a challenger in a market where we used to be a leader. We haven’t told our story to the next generation, but we will be telling it.”

With this target in mind, last year the brand highlighted the transparency of its vodka through a “humorous” global campaign starring 28 naked employees. Titled The Vodka With Nothing to Hide, the film took viewers on a “revealing” journey, using nudity as a metaphor for Absolut’s production process in Åhus, Sweden.

“We have a pipeline of innovation, a sales organisation that is on fire to relaunch Absolut in the US and to acknowledge we are a craft brand that is made in one place, one source of vodka, hand­-delivered to the US,” adds Bassil. “We put a lot of emphasis on putting consumers at the centre of everything we do. We’ve realigned the organisation to meet those consumer needs; we believe we’re doing the right thing for the right reasons, and coming with a message that’s relevant. So of course we believe our fortunes will turn around. But how long will that take? That’s out of my control, but seeing other brands in other markets, it really does work.”

As in any category, there’s a craft movement stirring in vodka, giving the big players a run for their money. Smaller brands “tend to be more flexible in offering new experiences and stories that most big brands don’t have”, and this gives them an important advantage, says Alexander Gorelin, Finlandia vodka brand director. “However, the growing consumer interest in production details and quality credentials provides us with the opportunity to educate consumers about the high quality and unique story of Finlandia.”

The executive admits that for a three­-million-case­-selling brand, “competing in vodka is not easy”. But Finlandia has found its strongest markets in the “heartland CEE [central and eastern Europe] region”. However, this area comes with its own challenges. Parent company Brown-­Forman reported a 7% underlying net sales decline for the brand during the first six months of its 2018/19 fiscal year. The drop was attributed to a “competitive retail environment for vodka in Poland” – the brand’s “biggest business”.

Many brands have seen their sales negatively affected since January 2014, when the Polish government slapped a 15% hike on excise duty for strong alcohol. But Gorelin says: “Ukraine, Hungary, Bulgaria and Baltics have been delivering stellar performance lately.”

On the other hand, La Martiniquaise-­owned Poliakov’s strongest region is western Europe, a “steady zone, where markets are less volatile”, according to Constance Descamps, international brand manager, Poliakov. “[Outside] of France (where the brand is still leader), our best markets are, among others, Belgium, Luxembourg, Algeria, Australia, Taiwan and Spain,” she says.

Diageo’s Shah says South Africa, Brazil and Great Britain are particular “standout markets” for Smirnoff. Meanwhile, Asia is looking lucrative for Pernod’s Absolut. Bassil says that here, the brand’s sales grew at “around 32%” in the full­-year ending June 2018. South Korea bounced back by 7% after being in decline – and in South Africa Absolut is flying with 24% growth. “The emerging markets are on fire for Absolut,” enthuses Bassil. “Those are really stellar results. Absolut’s message and value and equity are being realised in those places, and some really creative campaigns are emerging from Korea and China.”

Finlandia’s Gorelin also notes the importance of the on-­trade when it comes to bolstering vodka’s future success – and urges producers not to forget the vital role it plays in supporting the popularity of brands. “Every one in three drinks served in the US remains a vodka­-based cocktail today,” he notes.

But Bassil believes that for vodka to rebuild its status in the spirits world – particularly in the US – brands must play beyond what he calls the “traditional occasion”.

“In the past, we were relegated to the big night out,” he recalls. “But versatility is what consumers are looking for. The thing that really excites me is vodka has the opportunity to play in that daytime drinking occasion, and extend itself way beyond the little space it thought it needed to be in.

“That’s incredibly exciting when you consider the future of sociability. We recognise the opportunity to bring people together so they have an enhanced social experience, and when you think like that the future looks bright.”