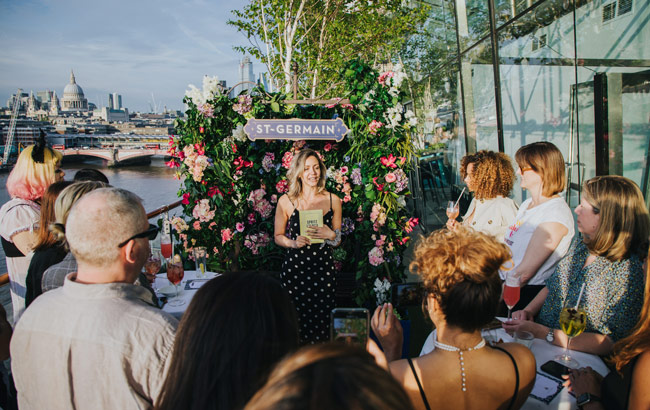 Elderflower liqueur brand St-Germain opened the doors to its Summer in Bloom terrace in London this week, taking over the outside area at OXO Tower Bar on the Southbank.

The terrace opened alongside the launch of St-Germain brand ambassador Camille Vidal’s latest book, How to Spritz French Fluently, which she introduced at the opening party.

During the launch, guests enjoyed three spritzes from the book, including the St-Germain Spritz, as well as three new St-Germain cocktails created by Paulius Patumsis, head bartender at OXO Tower Bar. 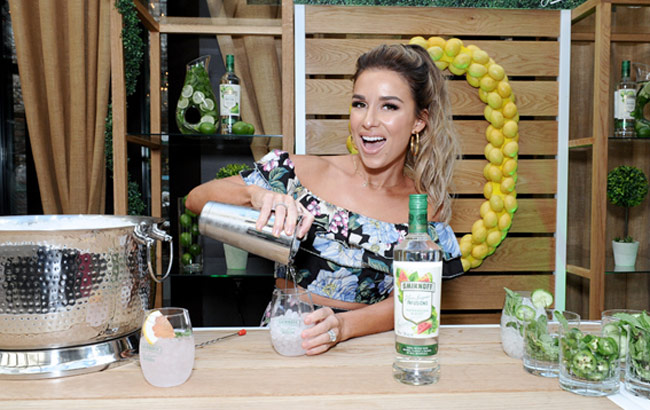 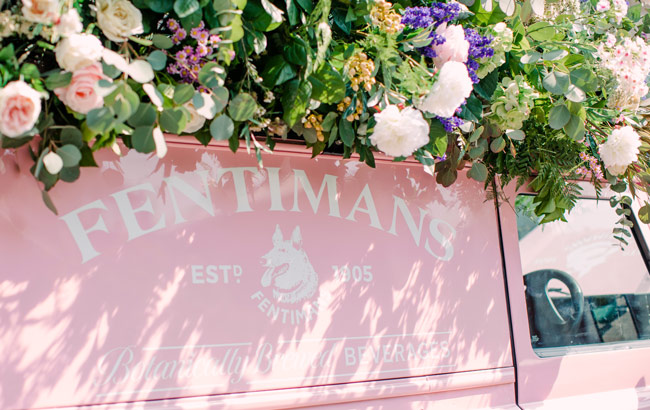 In honour of this year’s Chelsea Flower Show, hosted in London from 21-25 May, botanically brewed mixer brand Fentiman’s partnered with Artesian at the Langham to create the Bed of Roses cocktail.

Made using pisco, fino Sherry, raspberry eau de vie, Peychaud’s Bitters and Fentiman’s Rose Lemonade, the cocktail will be available at the London bar throughout the flower show.

As part of its collaboration with the bar, Fentiman’s also unveiled a brightly coloured floral installation in The Langham, which features a pink Land Rover Defender covered in flowers. 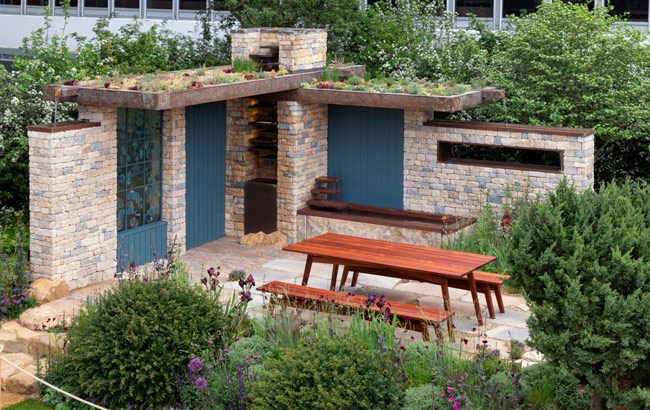 As part of this year’s Chelsea Flower Show, UK-based gin brand Warner’s partnered with garden designer Helen Elks-Smith to create a show garden, which was awarded a Silver Gilt medal.

The garden used inspiration from the Northamptonshire home of Warner’s Gin, and incorporated water features, locally-sourced stone, hand-crafted glass panels and plants that are used to flavour Warner’s gin.

Elks-Smith said: “I am absolutely thrilled to receive a Silver Gilt medal for the Warner’s Distillery Garden and my first Main Avenue show garden at Chelsea. Like all garden projects it has been a huge team effort.” 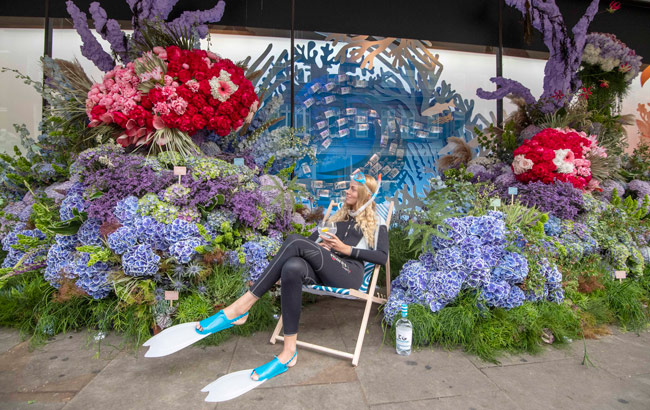 Away from the flower show, the London borough also celebrated Chelsea in Bloom this week, with Edinburgh Gin partnering with department store John Lewis to create a gin-inspired floral display.

The competitive floral art show sees shop fronts across the borough transformed, and Edinburgh Gin helped create an Under the Sea-themed installation that was influenced by its Seaside Gin.

Taking over the front of the Peter Jones & Partners store in Chelsea, the installation also features a gin and tonic bar inside the shop. 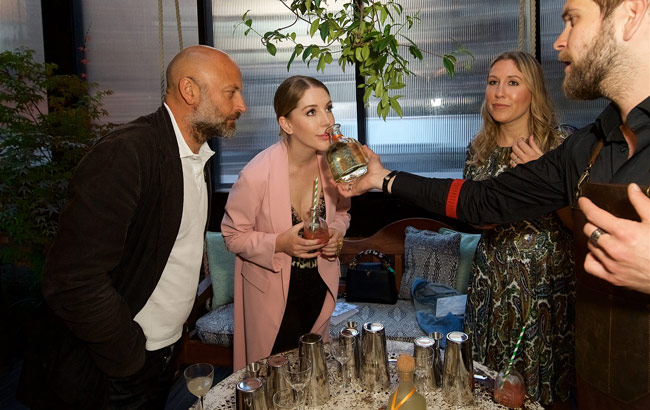 Over the course of the evening guests were treated to a host of Patrón Tequila signature serves and entertainment came from DJ Becky Tong and snake charmer Fuel Girl Katrina. 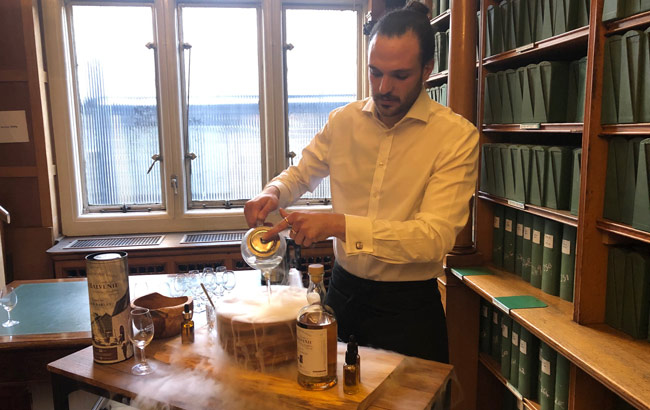 The Spirits Business headed to the Institute of Mechanical Engineers on Tuesday for the launch of the Balvenie Stories series of single malt Scotch whiskies.

The William Grant & Sons-owned Scotch brand created a multi-sensory tasting experience in the library at the London venue, which featured sounds, sights and smells created to enhance the flavour of the three new whiskies.

Balvenie apprentice malt master Kelsey McKechnie was also at the event to guide guests through the origins of the 12-, 14- and 26-year-old whiskies. 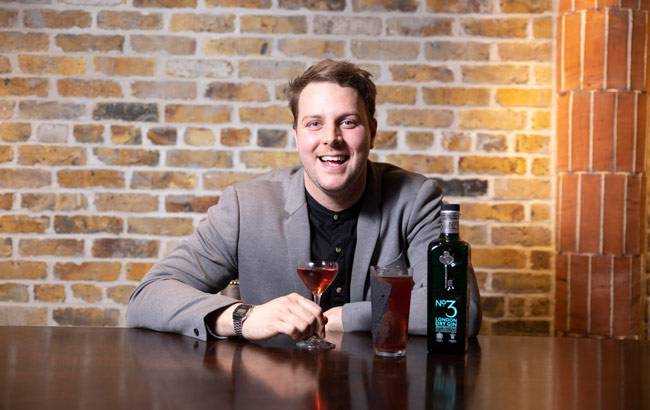 After the hotly fought final for its Unlock Taste Cocktail Tournament, No.3 Gin crowned Artesian’s Will Campbell-Rowntree this year’s winner.

The final saw six of the UK’s best bartenders compete in a series of challenges, with Campbell-Rowntree impressing the judges with his creations, which included the King’s Revival made Good Ordinary Claret, The King’s Ginger and The Glenrothes Scotch whisky.

Campbell-Rowntree said: “I’m humbled to have won this year’s competition, especially when up against some really talented bartenders. This has been a fantastic experience and one that will no doubt help further my career.” 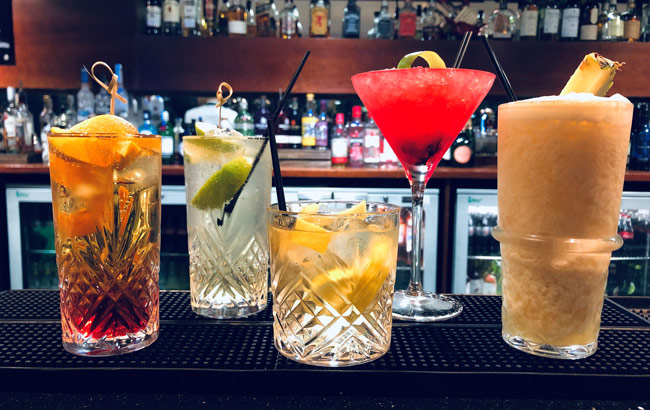 Ahead of the reunion tour of 90s girl band the Spice Girls, the Macdonald Manchester Hotel has created a menu of cocktails inspired by the band’s five members.

The Manchester hotel has created drinks influenced by Posh, Ginger, Scary, Sporty and Baby Spice, including the Posh on the Rocks, made with Absolut Citron and St Germain topped with elderflower tonic, and the Baby Colada, which combines pineapple juice, coconut cream and lime juice.

The drinks will be on offer at the hotel until the Spice Girls shows at the city’s Etihad Stadium on 29 May – 1 June. 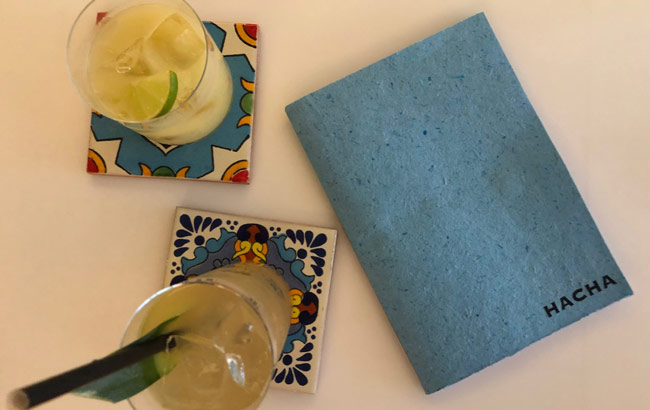 During the visit, SB found out more about the origins of the bar and Moncrieffe’s inspiration, as well as the opportunity to taste some of the cocktails on its menu. Highlights on offer include the Mexican Highball, which combines Tequila, mezcal and Tepache, and the Mirror Margarita, a perfectly clear Margarita made with Tequila, Cointreau, grapefruit zest, cane syrup and Hacha sour blend. 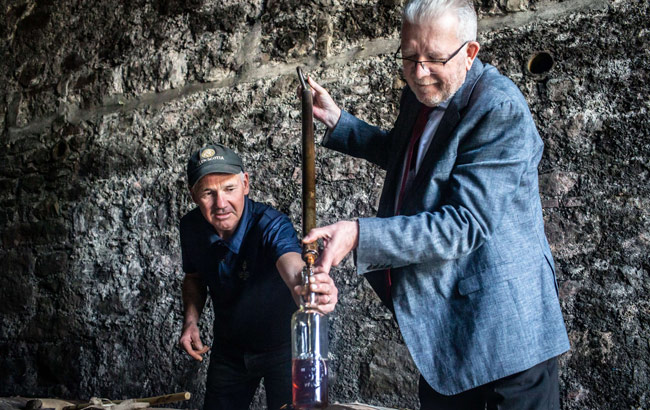 Campbeltown distillery Glen Scotia hosted a visit from Argyll & Bute MSP Michael Russell as part of its campaign to position Campbeltown as the “whiskiest place in the world.”

During the visit, Russell met with distillery staff, was presented with a unique whisky bottling and had the chance to tour some of the oldest parts of the distillery, which date back to the 1830s. 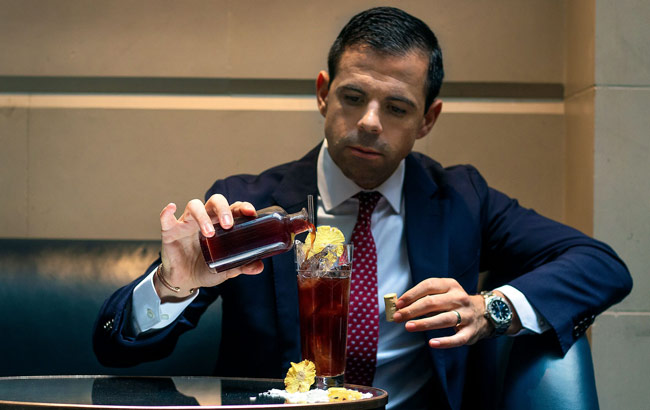 Alcohol-free ‘spirit’ brand Three Spirit partnered with The Connaught Bar director of mixology Ago Perrone to create a non-alcoholic cocktail inspired by nature and meditation.

The Mindshine cocktail, made with Three Spirit, vermouth, coca husk infusion and bergamot oil, was mixed up by Perrone at Searcy’s bar at The Gherkin in London during an event that saw meditation guru Will Williams lead a live-streamed meditation service.