The Macallan: a brand history

The Macallan is almost a victim of its own success, with fans complaining about being unable to get their hands on the coveted whisky. But, as The Spirits Business reports, the company has invested in production capacity to keep up with demand. 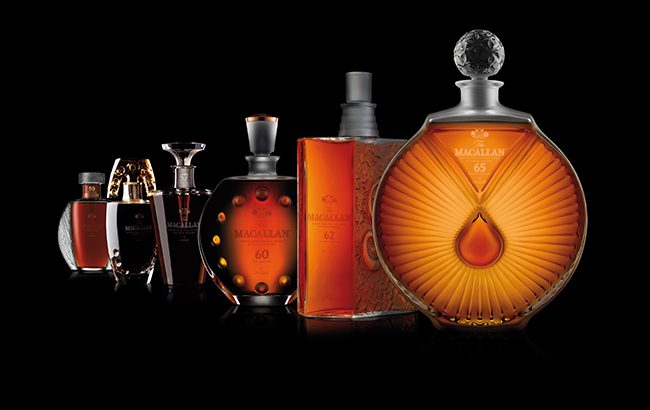 Revolution was in the air in 1926, what with the general strike, but it was business as usual at the sleepy Speyside distillery of The Macallan. Cask no. 263 was just another Sherry butt filled that year and destined to disappear into a bottle of blended Scotch whose price was then capped at 12s/6d (62p). But somehow the cask slipped through the net and slumbered until 1986 when 40 bottles were filled. Today, what was once a humble spirit made from malted barley, water and a little yeast is now smashing records at auction. If the bottle comes with a pop art label by Peter Blake or Valerio Adami, you can expect to pay more than a million bucks – such is the power of The Macallan.

Getting to this transcendent position has been a slow burn for a distillery founded in 1824, having made whisky on the side for some years before that. In 1887, The Macallan was but a footnote in Alfred Barnard’s vast book on the UK’s whisky distilleries, and for much of the 20th century it would have struggled to compete in an industry that was consolidating fast. But it was swift to follow Glenfiddich’s lead in bottling some of its whisky as single malt in the 1970s, though with an initial marketing spend of just £75 (US$96).

“Yeah, amazing!” says Scott McCroskie, The Macallan’s current managing director, who confirms: “It’s a little bit more than that now.” The brand enjoyed a free guest appearance on a bedside table in the film Don’t Look Now, which was only fair given that Allan Shiach, whose family owned the distillery, co­wrote the screenplay of Nicolas Roeg’s 1973 thriller. Unfortunately, it went unnoticed, given what was happening on the bed between Julie Christie and Donald Sutherland. Forty years later, audiences did take note of the 50-­year-­old Macallan that stars in the Bond movie Skyfall, though this time the brand owner would have paid handsomely.

In between the two films, McCroskie mentions The Macallan’s “creative, funny and slightly irreverent” early advertising beside The Times’ crossword, and the creation of Maxxium in 1999, which “very quickly gave it great global distribution”. Maxxium was the joint venture between Rémy Cointreau, Jim Beam and the Edrington Group, which bought The Macallan’s owner, Highland Distillers, that year for £601 million. Above all, McCroskie believes the brand’s success is because: “From the start there’s been this obsession with quality.”

The Macallan likes to talk of its ‘six pillars’ that include “curiously small stills”, “natural colour” and, especially, its “exceptional oak casks”. That meant exclusively Sherry casks until Fine Oak was launched in 2004, which suggests Bourbon barrels had been used for a while. Yet McCroskie insists: “The vast majority, over 97%, is aged in Sherry­-seasoned casks. We’re by far the biggest buyer of casks from Jerez, and as investment it’s off the scale. I think it’s well over £25m.” This goes some way to explain The Macallan’s high price.

Along with dark mutterings about the occasional use of non-­Sherry casks, former UK fans complain of being priced out. The hard truth is The Macallan is in short supply and its new customers in Taiwan and the US have deeper pockets. “We probably have slightly neglected the UK over the years,” admits McCroskie. “There probably has been a bit of a temptation to put stock into Asia and America, but we’re now really looking to re­emphasise the UK and European markets.”

In 2012, after a three-­year trial in duty free, The Macallan launched the 1824 Series as its core range in Europe. Labelled Gold, Amber, Sienna and Ruby with ascending prices and no age statements, it was spun as a way to unleash the creative genius of Bob Dalgarno, The Macallan’s then whisky maker, and free him from the shackles of age. Many thought Edrington was being disingenuous; it wasn’t about creativity, it simply reflected a chronic shortage of aged whisky. This spring, it was replaced by Sherry Oak, Double Cask and Triple Cask Matured as the new core range, mostly with age statements. So, was 1824 a mistake?

“We sold every single bottle we made, so from that perspective it wasn’t a mistake,” retorts McCroskie. “Was it as successful as we’d hoped? Probably not is the honest answer.” He claims the reason 1824 was dropped was because: “We wanted to consolidate the range across all markets, so you could see the same product wherever you went.” There was also a lot more mature Macallan available since a £20m investment in 2008 took the number of stills to 21 and capacity to 11.5m litres. But this was nothing compared to what happened next.

Six years ago, Edrington realised that further expansion was needed but “felt it wouldn’t be doing the brand justice to do a bolt­on”, says McCroskie. The new distillery by Rogers Stirk Harbour + Partners (RSHP) is a truly spectacular temple to the brand. It is no bolt­on but it did cost £140m, which demonstrates faith in the long­-term future of whisky and The Macallan. Such temples are not uncommon in wine, but it is a first for Scotch, and it will be fascinating to see if Edrington’s rivals will ever be so bold.

The new distillery shares the same big, billowing roof as Heathrow’s Terminal 5, also designed by RSHP, and is 120 metres long. It is not ‘small’, ‘rare’ or ‘boutique’, in other words, and at 15m litres, its capacity is second only to The Glenlivet among malt distilleries. McCroskie quickly points out that production hasn’t been maxed out, and says: “We’ll grow gently over time, but today the dynamics of demand are really strong right across the world. I think we’ll be tight for stock for the next 12-­15 years, and potentially beyond. Look at Hennessy, that’s 7.5m­-8m cases and is still seen as incredibly premium and crafted, so we’re miles from that. We have to stay true to that obsession with quality.” Meanwhile, volumes continue to grow, and in March The Macallan quietly became a million-­case brand.

Click through the following pages to see the timeline of The Macallan’s brand history.

1824 – The Macallan, an illicit farm distillery, takes out a licence 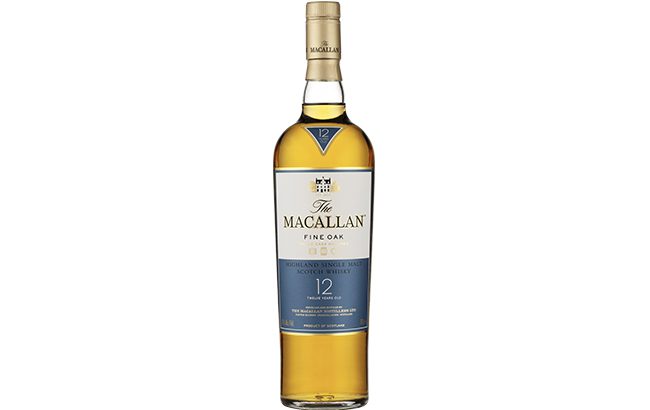 1996 – The distillery is acquired by Highland Distillers 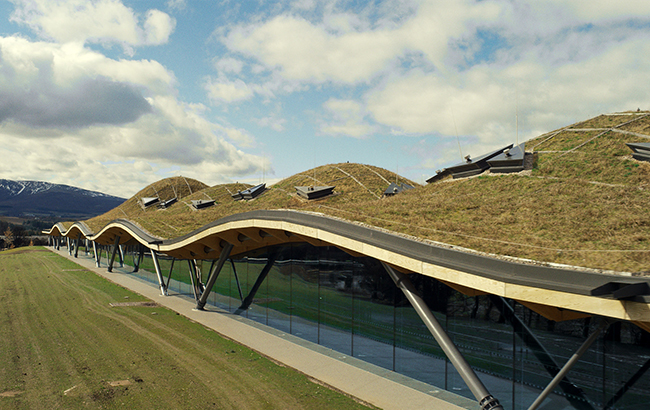