From a gin containing crocodile tears to an emoji of a famous whisky writer, we present the funniest April Fools’ Day spirits ‘news’.

As we approach 1 April, press releases that enter our inboxes are met with a cautious eye, particularly when the embargo is on April Fools’ Day.

This year, the spirits industry was as creative as ever, tapping into trends such as pink drinks and cannabis with amusing wordplay and inventive imagery.

From gin-infused tablets to a glitter-secured whiskey, some of the stories we’ve come across in the past week have been too good to be true.

Click through the following pages to read about some of the creative pranks dreamt up by spirits brands this April Fools’ Day.

If you think we have neglected to mention any, let us know in the comments section below. 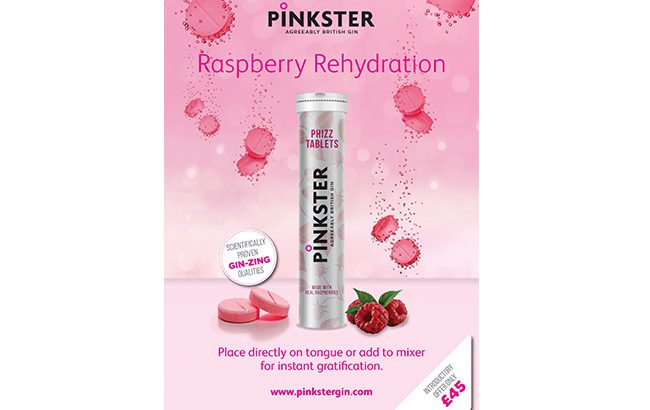 Will Holt, director at Pinkster gin, said: “After months of studious experimentation, working in conjunction with local university colleagues, our in-house research unit has developed what we believe to be a world first in ginnovation.

“This followed focus group research showing that the time-pressured, modern consumer, with a short attention span, increasingly seeks instant gratification. Many confessed to juniper cravings on-the-go, whether at their desk, out shopping, at the cinema or during school plays.” 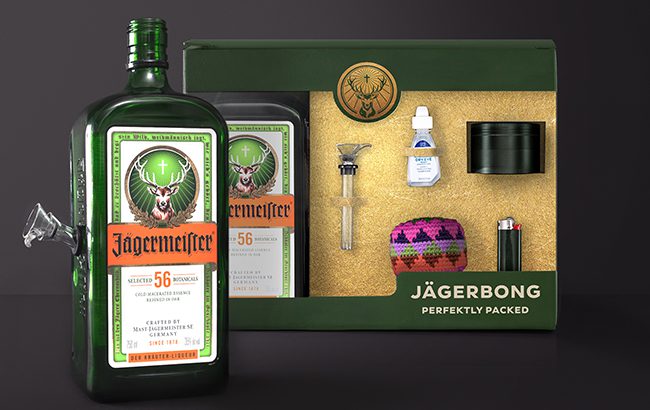 Herbal liqueur brand Jägermeister claimed to enter the growing cannabis category with the launch of Jägerbong, a new gift box that “comes with everything you need to light up the party”.

Inside the box is a one-litre Jägermeister bottle that can be recycled and turned into a bong, a bong carb, a hacky sack, eye drops, a lighter and grinder.

The Jägerbong is priced at US$42. 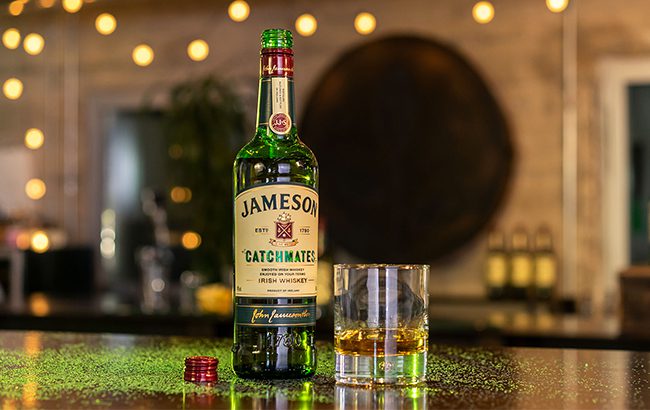 Jameson Catchmates, a clever play on its Caskmates beer-finished range, aims to “catch your thieving mates green-handed” with its anti-theft ‘glittershot’ technology.

The “world’s first” glitter-secured whiskey unleashes a wave of green glitter on any “sip-stealing roommate”, which is released by a “carbon-loaded spring at a speed of 10 metres per second”. 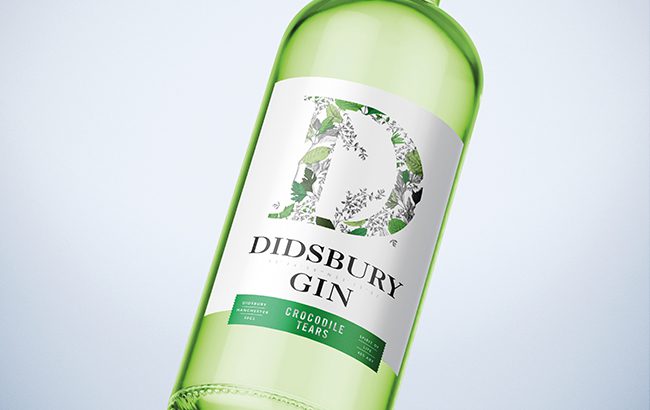 To rival fruity gins on the market, the “sharp and slightly salty” expression contains crocodile tears that were imported from Australia.

There are 13 species of crocodile with each of the 13 botanicals in the gin replaced with tears from each specie. 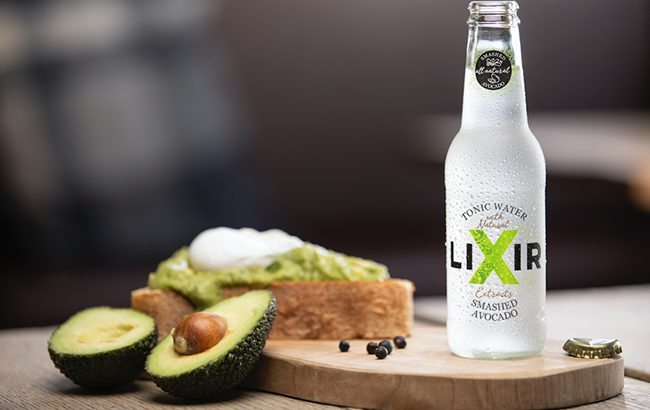 Targeting the “influential Instagram generation”, the avocado-infused tonic is made using the ripest Peruvian avocados, lemon peel and cayenne pepper.

It is said to have a “nutty aroma and buttery finish” and is recommend paired with brunch dishes such as charcoal-infused pastries. 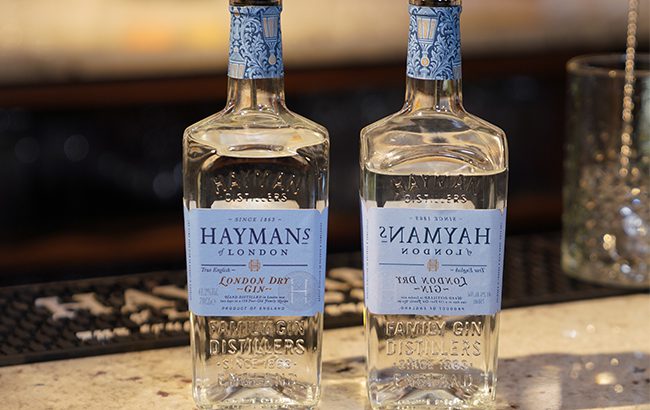 Available on 1 April, Hayman’s Gin is showing its support for left-handed bartenders with the launch of left-handed True English Gin bottles.

James Hayman explained: “I think many of us know or have in the past met a left-handed bartender and I have always had great sympathy for the challenges they face living in a right-handed world.

“The bartending community has always been kind to Hayman’s – this is our way of giving back; of helping every bartender to become their very best professional self – regardless of whether they are right or left handed.” 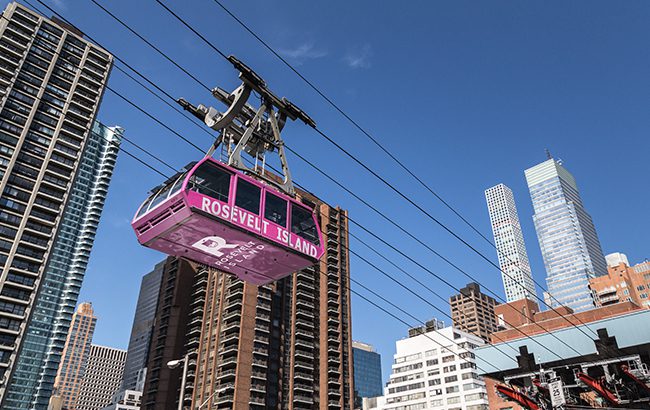 The island is accessible by the newly pink Rosévelt Island Tramway, ferry and train. 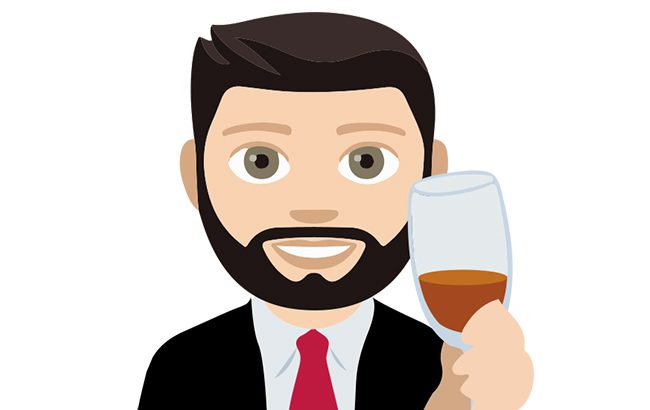 Following a “successful” application to the Unicode Consortium, a new emoji featuring World Whisky Day founder Blair Bowman will launch on Apple and Android devices on 18 May.

A blog post published on the World Whisky Day site claims that its aim is to “get Blair to the very top of the food and beverage emoji rankings by the end of the year”.

In addition to the emoji, the announcement claimed that Blair would legally change his last name to ‘Bowmore’ for Whisky Month in May.

On World Whisky Day, Blair Drummond Safari Park in Perthshire will be closed to the general public for 24 hours, temporarily renamed Blair Bowman Safari Park and opened up to jeep tours by invitation-only to those in the whisky industry. 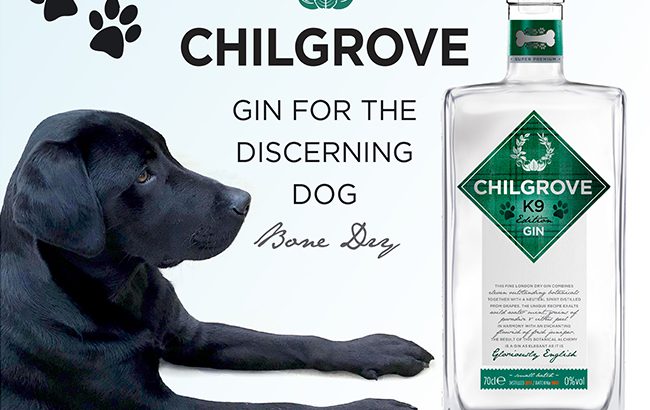 A gin designed specifically for canines also raised some eyebrows when it hit our inboxes.

“Our real breakthrough was discovering that we could tweak the distillation process by using the lesser-known allis proof method and therefore ensure that there are no compounds in the resulting liquid that could be harmful to dogs, such as ethanol.” 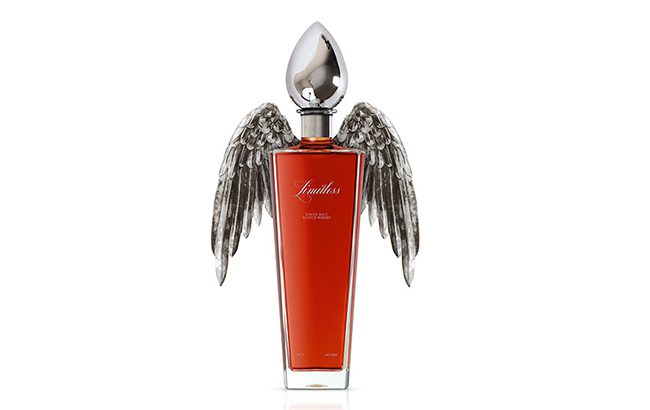 The expressions will be the first releases from the company’s “cutting-edge 3D-printed distillery” and can be experienced digitally through a “multi-sensory Joculus Snift eDramming headset”. 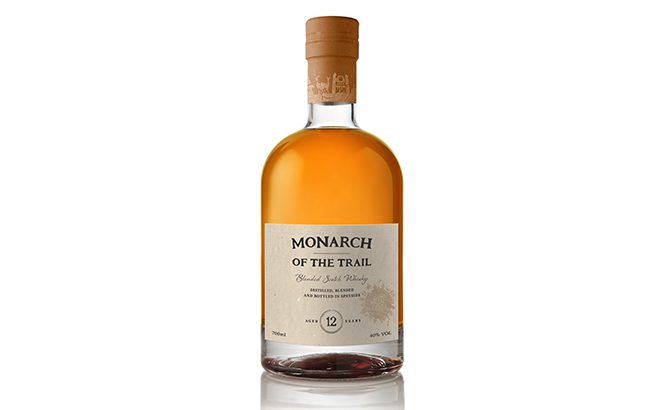 The Malt Whisky Trail in Scotland has become the “first” whisky trail to launch its own whisky.

Monarch of the Trail whisky is a blend of Speyside single malts aged 12 years from across the seven whisky sites on the trail.

Given tasting notes include “soft sherry, rich oak and waves of puppy paw aroma” on the nose with a “nish of zesty orange, sultana and an Irn-Bru zing”.

To grab one of the first nine bottles, whisky fans must visit all nine sites across the trail in under an hour and collect a special key at each one. The trail includes Benromach, Cardhu, Dallas Dhu, Glen Grant, Glen Moray, Glenfiddich, The Glenlivet, Strathisla and Speyside Cooperage.

The keys will unlock a secret door at the last distillery which will reveal a bottle of Monarch of The Trail along with a special ‘finders’ certificate. 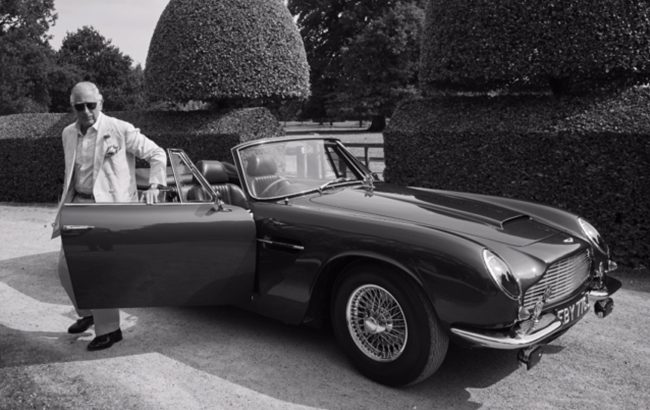 Our sister title the drinks business also got in on the Aprils’ Fools action with a fake news article that detailed Prince Charles’ plans to launch an eco-distillery to provide fuel for the royal family’s cars.

The report also claimed that the prince was planning to release his own whisky in the coming years, using music to mature the expression.