Tequila’s popularity has skyrocketed in recent years, with premium variants bolstering the category’s success. But does this mean shot culture is dying? And will other agave spirits also come to the fore? SB investigates. 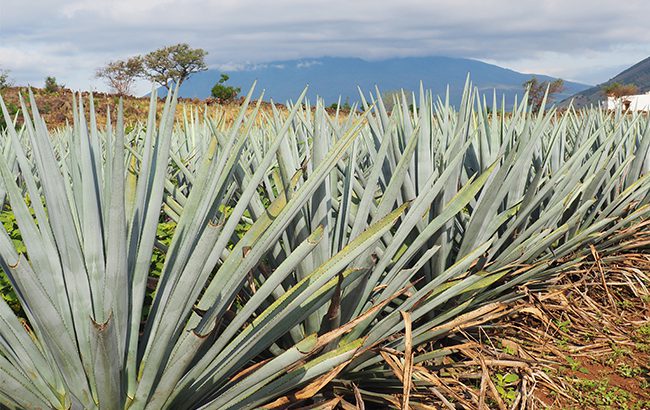 You could say Tequila has battled with something of an identity crisis over the years. It was the party-­starter of the 1990s and early 2000s. Revellers rejoiced in the agave-­fuelled drinking ritual that brands such as Jose Cuervo so cleverly convinced them to partake in: salt, shot, lime, repeat. But the impending hangover left a sour taste in consumers’ mouths, and Tequila found itself scrambling to create a more desirable persona.

In the past five years, brands have worked tirelessly to carve a more premium image for Tequila – and their endeavours are paying off. The Mexican spirit is now the world’s second-fastest-­growing category, with sales increasing by 5.1% in 2017 to 33.6 million cases, according to market research provider Euromonitor International. Innumerable trends have emerged in the Tequila category as it premiumises – and while it’s no longer all about shots, the high­-energy occasion remains hugely relevant for the category.

Pernod Ricard-­owned Olmeca Tequila celebrated its 50th anniversary last year with a campaign designed to “revitalise shot culture around the world”. The Make it Colossal campaign invited drinkers in Central America, Europe, Africa and Asia to create “colossal nights” by incorporating shot rituals into their parties.

“Tequila has long been associated as a shot-only drink, but after constantly engaging, inspiring and educating the world’s best bartenders about the quality, versatility and accessibility of the agave spirit, it has now emerged as a dynamic trend in the drinks industry – a spirit that can be either consumed neat or in sophisticated cocktails,” comments Christophe Prat, vice-­president, House of Tequila, Pernod Ricard. “The shot occasion is still relevant for us; it’s the perfect offer for young consumers in emerging markets to get into imported spirits in general, with this trend being driven by the shot occasion and by long drinks.”

Patrón’s global chief marketing officer Lee Applbaum reiterates that shots and cocktail consumption is compatible. “Unquestionably, there is room for both, and one of our keys to success has been an uncontested view that the best way for our consumers to enjoy Tequila is however they choose.”

Despite its premiumisation, Tequila is a “much slower moving category” than others, and one that is “massively skewed” towards the US and Mexico – its biggest markets, says Spiros Malandrakis, Euromonitor’s industry manager of alcoholic drinks. He says Tequila could cause itself future harm if it were to abandon shot culture altogether.

“We need to remind ourselves that we owe this space to shots – they shouldn’t be entirely discounted,” Malandrakis explains. “We will move more into sipping culture with a larger focus on cocktails – that’s a given – but perhaps it’s time to revisit the potential of mainstream or economy brands as well, just to have the opportunity for options if things go south – which will inevitably happen in the next few months or years. Economically speaking, we are just about to enter a new recession, they happen typically once every decade. With the US trade war with China, Brexit – all of this can create major new macroeconomic headwinds, so focusing entirely on a premium segment would be a mistake.”

He draws comparisons with Cognac’s premium positioning in China several years ago, which crippled the category when the government’s anti­corruption austerity measures caused sales to plummet. Betting everything on luxury consumption massively backfired for the category – and Tequila should be mindful of treading a similar path.

“There needs to be a realistic approach about people’s finances, and sometimes when younger audiences get into categories, they don’t have sophisticated palates,” Malandrakis continues. “You need to allow premiumisation to happen organically and move in more than one direction for when macroeconomic shock happens.”

Cocktails have also been key to remoulding Tequila’s perception among consumers. From classics such as the Margarita and Paloma to simple serves such as Tequila and tonic water, mixed drinks have opened new avenues for Tequila drinkers to enjoy – and brands are reaping the rewards.

“Cocktail culture continues to drive Tequila growth, with drinkers excited to try the versatile flavour combinations Tequila offers in cocktails,” says Applbaum. “In some cases, consumers are drinking less overall, but trading up to better drinks, with a shift towards more of an appreciation for ultra-premium spirits.” Last year, Patrón partnered with Fever­Tree to launch a citrus tonic water designed to complement its Tequila and ‘revolutionise consumer thinking when it comes to a Tequila and tonic’. “Recently, the success of long classic drinks, along with their twists, has helped us spread interest in and demand for serves such as the Patrónic, our signature Patrón Silver Tequila and tonic, along with some more traditional favourites like the Paloma,” Applbaum adds.

There is certainly variety in the Tequila category to keep consumers’ attention. These days, people are often familiar with blanco, reposado and añejo Tequilas – but few may have heard of cristalinos. A popular Tequila style in Mexico for years, only now are we seeing cristalino expressions emerge, thanks to the premiumisation trend. Cristalino Tequilas are aged expressions that have been filtered to strip the liquid of its colour and create a clear spirit. Brown­-Forman introduced Herradura Ultra – a cristalino Tequila – to the US in 2015. The expression is an extra­-añejo that has been matured for up to 49 months in American white oak barrels, before being filtered to remove its colour.

“Consumers are just catching up with what Tequila has to offer,” explains John Tichenor, VP managing director of Tequilas at Brown-Forman. “Cristalinos are the latest luxury offering and it’s now the largest super-premium expression in Mexico, surpassing reposado after only six years. This crystal-clear, smooth Tequila has become an unusual trend in that country.” Last year, Brown-­Forman expanded availability of Herradura Ultra to all US markets, and launched additional cristalino offerings in Mexico for its Antiguo and El Jimador Tequila brands.

Brands have also started to introduce flavoured Tequilas, and while the gin category has experienced rapid growth off the back of this trend, it seems Tequila consumers have not completely warmed to it. “In Germany, we don’t think there is much demand for flavoured Tequila, as the changing perception of the category is still under way,” says Dr Tina Ingwersen­-Matthiesen, member of the Borco board and family. “Consumers are only beginning to try new Tequila expressions, like our Sierra Café, Sierra Milenario Café and Sierra Milenario Fumado.”

But it’s not just Germany. Mantas Zlatkus, global brand director at Amber Beverage Group, owner of Rooster Rojo Tequila, says flavoured Tequilas “are starting to evolve again, but still the main focus is on non-flavoured liquids”. As the category matures, it will be interesting to see if consumers develop a taste for more than just agave.

Though maybe there is success to be found in more ‘natural’ flavours – specifically smoky Tequilas. In 2017, Borco added a smoky expression to its Sierra Milenario Tequila range – Fumado, made using a “unique” ahumado (smoking) process with mesquite wood. Last year, Patrón brought out its own smoky spirit, called Gran Patrón Smoky. Is Tequila’s smoky twist a response to the growing popularity of mezcal?

It seems complimentary, but Patrón’s Applbaum stresses that the “flavour profile of Tequila and mezcal is very distinct. The smokiness of mezcal can be challenging for some consumers’ palates, therefore, the very best producers create a delicate smokiness that adds complexity, making it fully integrated rather than just one-­dimensional.”

There’s now plenty of celebrity muscle behind Tequila to drive it forwards. George Clooney was one of the first famous movers in Tequila with his Casamigos brand. Then there’s singer and actor Justin Timberlake’s Sauza 901, and, most recently, Sex and the City actor Chris Noth acquired a majority stake in ultra­-premium brand Ambhar. Their fame will surely help to keep Tequila in the spotlight in the coming year.

“We see that in the near future more celebrity Tequilas will appear as the category’s uniqueness and existing trends are of interest, and help the industry to be better known,” says Raffaele Berardi, CEO of Corralejo maker Fraternity Spirits.

But for a small – albeit successful – category with such a contrast between celebrity-backed brands and independent, small batch producers, it seems Tequila still has some way to go before it finds its true self. Continued evolution may be just what it needs to grow into a global phenomenon.