In Scotch whisky, Whyte & Mackay’s Shackleton brand embraced technology with a partnership with music app Shazam, while Islay single malt Smokehead teamed up with a motorbike engineer to create a custom Ducati motorcycle.

Scotland’s The Old Curiosity gin brand offered guests the chance to explore its working botanical garden and Franklin & Sons appointed three ambassadors from the worlds of food and drink for its latest campaign.

Over the following pages, we name our top marketing moves launched in February 2019. 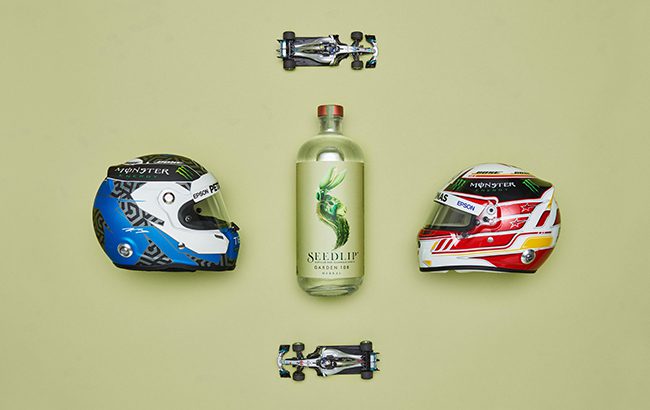 Non-alcoholic ‘spirit’ Seedlip has announced a global partnership with Mercedes­-AMG Petronas Motorsport to become an official supplier of the FIA Formula One World Championships.

As part of the partnership, Seedlip cocktails will be served in the team’s hospitality suite at all Formula One Grand Prix racing events.

Seedlip founder Ben Branson said: “We are honoured to partner with Mercedes­-AMG Petronas Motorsport and together provide a global platform for the designated driver.

“With a shared commitment to innovation and technical excellence we are incredibly excited to work together throughout the F1 season.” 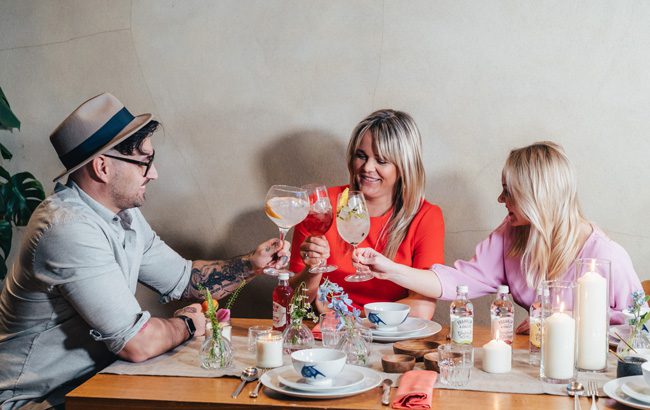 Woods, Michell and Birkett will front the Taste Collective campaign, educate consumers and showcase trends in food and drinks. The three ambassadors will each be the face of activations, including food pairing demonstrations, dinner party styling workshops and cocktail and mocktail masterclasses.

The Taste Collective will also feature “trend-­infused, style-centric events”, such as supper clubs and fashion collaborations. 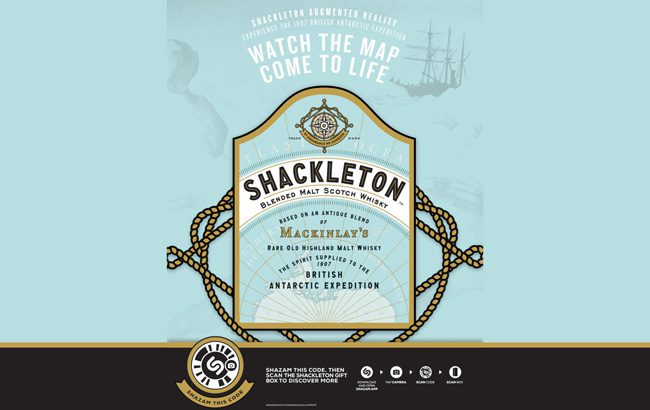 The AR experience has been created to transport whisky fans into a 3D Antarctic experience that replicates Sir Ernest Shackleton’s expedition to the South Pole.

To open the experience, users must use the Shazam mobile app to scan a code on the label of Shackleton whisky gift boxes. This reveals footage of Shackleton during his 1907 journey across Antarctica.

Created by software developer Zapper, the experience also tells the journey of the Shackleton whisky brand – from the discovery of 11 intact bottles of Scotch whisky that Shackleton took to the Pole, to master blender Richard Paterson creating a new modern Scotch. 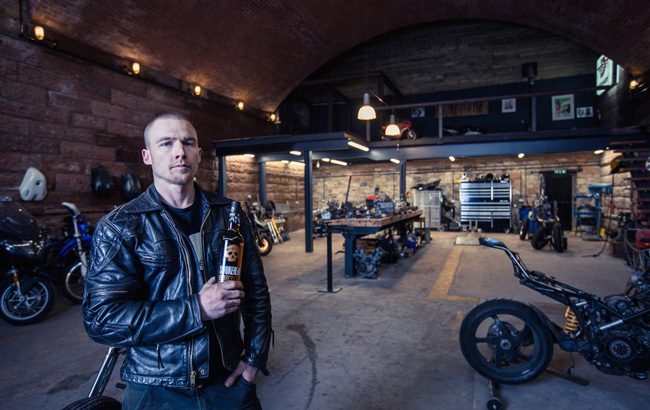 Lunceford will produce a custom Ducati motorcycle for the brand, which has been inspired by vintage racing motorbikes.

The project will run until September 2019 when the finished model, The Smoker, will be unleashed.

Lunceford said: “I love the idea of this brand supporting craftsmen and women, and it’s even better as I’m a huge Smokehead whisky fan. I’m literally building my dream bike; it will be something that’s never been seen before, something so bold, that even motorbike buffs will be blown away.” 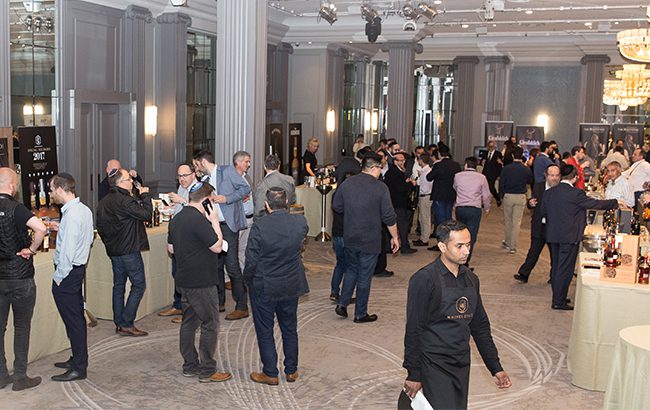 The Whisky World’s Whisky Event is returning to London for its second year, with 55 distilleries set to descend on the Grosvenor House Hotel in Mayfair on 2 June.

Producers from India, Taiwan and Israel will join high-­profile Scotch brands such as Glenfarclas and Japanese whisky brand Nikka.

More than 250 bottles of whisky will be on display and liqueur producer Peureux will host a cocktail bar to showcase its range of alcoholic fruit garnishes and liqueurs.

During the show, several exclusive whiskies bottled for The Whisky Event will be unveiled and served alongside dishes prepared by specialist kosher caterer Ezri. 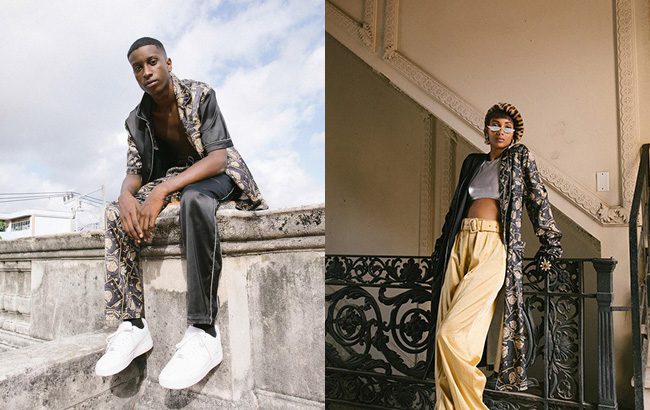 The tie-­up is for an eight­-piece fashion line, which includes black and gold-­themed T­-shirts, hoodies and hip flasks. A limited edition bottle of Havana Club 7 Años featuring the Daily Paper logo has also been created.

Nick Blacknell, global marketing director at Havana Club International, said: “Daily Paper is a young and dynamic urban fashion brand and they have built their lines around their African heritage.

Alongside the fashion collection, the two brands also launched the Cuban Links talent contest, which has been named in honour of the chunky gold chains that feature predominantly in the Capsule Collection.

The contest will support, nurture and recognise emerging creative talent across the fields of design, photography and music. Three winners from the contest will travel to Cuba to be mentored by industry experts as they create new apparel pieces and a media campaign to promote the Havana Club x Daily Paper Capsule Collection.

Pernod Ricard has also introduced a “refreshed style” for Havana Club to reflect the “raw and authentic culture of the streets of Cuba”. 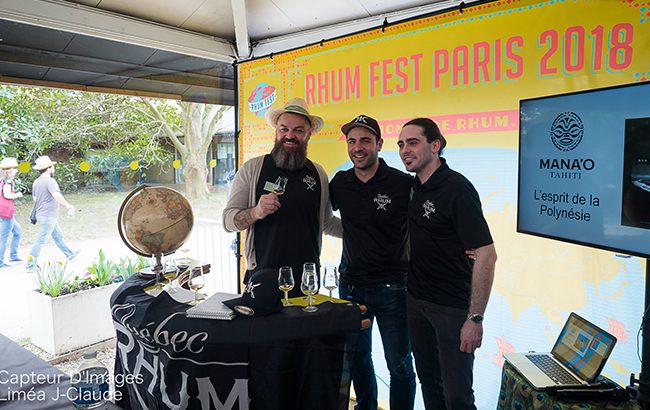 For its sixth edition, Rhum Fest Paris is preparing to double in size and welcome more than 45,000 people through its doors when it takes place on 13 and 14 April.

The Paris festival will feature 170 brands from 54 countries, with rums from Africa, Madeira and North America represented for the first time.

Rhum Fest was created to help producers, distributors and importers establish contacts and initiate business. It also offers a vibrant occasion for rum fans to immerse themselves in rum culture, tastings and heritage.

Tickets for the festival, which is staged in Parc Floral, Vincennes, are now available, and members of the trade can register to attend the show for free during a dedicated trade session on Monday 15 April. 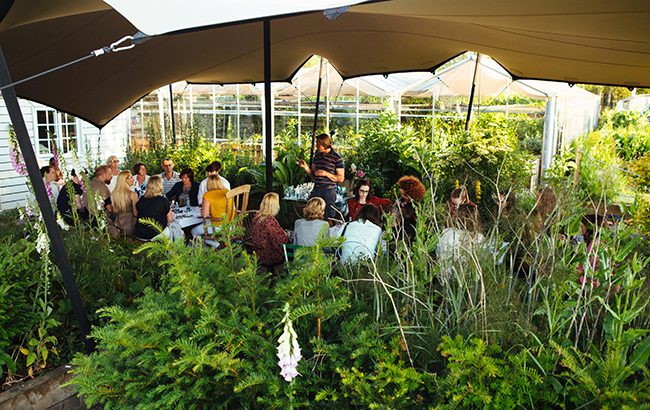 Scottish gin producer The Old Curiosity is preparing to launch Gin Garden Tours, which will offer guests the chance to explore its working botanical garden.

Situated at the Secret Herb Garden at the foot of the Pentland Hills, the Gin Garden boasts more than 1,000 juniper bushes, and 500 herbs and flowers, including lemon verbena, geraniums, irises and roses.

Visitors will be able to explore the garden, drying room and see the working still in action. The tour will conclude with a tasting of the colour­-changing Secret Garden range of gins, which currently comprises Apothecary Rose, Lavender and Echinacea, and Chamomile and Cornflower.

Tours will kick off on 23 March and tickets are available to book from The Old Curiosity website, priced at £15 (US$20).

Ready-to-drink (RTD) brand VK is hoping to “stand out and modernise” with an updated look for its mixed pack.

The packaging has been redesigned with a “colourful new look” and will also include the brand’s newest flavour, VK Watermelon.

Charlie Leaver, brand manager at Global Brands, said: “As the number one RTD for students, having a look that appeals to the 18­-24 audience is key, and we know that the loud visuals of the new mixed pack will resonate with our demographic. The vibrant pack also makes for an eye-­catching spot on the shelf, tying in with our fun­-coloured liquids and fruity flavours.”

The revamped mixed pack will be available in UK shops, including Asda, Spar and independent convenience stores.