There is a lot to get excited about in the world of rum – particularly for producers who show skills through well controlled sugar content, wood management and originality. 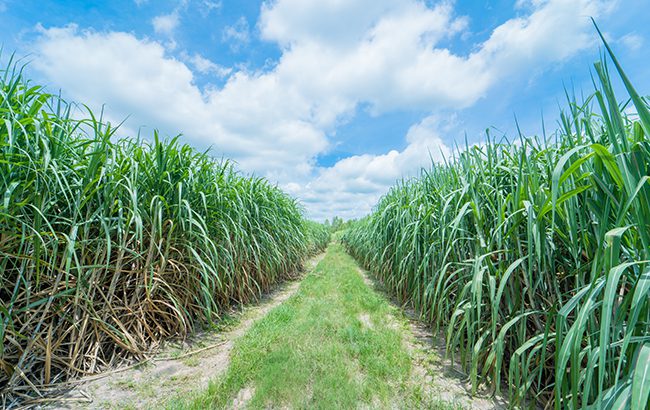 After years of being the perennial party spirit, rum is starting to be taken seriously. The premium­-and­-above segment is driving the category’s growth, and high-end disruptor brands are eating into the share of the volume-­driven players – but, then again, even the established names are capitalising on the premium opportunity.

Increasingly, consumers are seeking complexity in what they drink, meaning sweeter styles of rum are becoming more balanced and vegetal agricoles are gaining in popularity. Bartenders and educated shoppers are also becoming more suspicious of dishonest liquid – those bottlings that use a surplus of sweeteners and colouring to offer a more mature image and secure a higher price tag.

But rum’s ascent up the premiumisation ladder continues to be slow and the category cannot neglect its mass market audience. As such, rum must take a multi­-pronged approach to ensure high quality in a plethora of styles and price points. Our Rum and Cachaça Masters 2019 set out to assess whether the category has been successful.

The blind­-tasting competition took place at The Rum Kitchen Carnaby in London last month, and saw the breadth of the category come under the scrutiny of four judging panels. The first team – which consisted of: Sly Augustin, owner of Trailer Happiness; Daawud Zepherin, rum ambassador at The Rum Kitchen; and chaired by Melita Kiely, deputy editor of The Spirits Business – took on the diminutive cachaça round, awarding two Silver medals.

The first, Pitú Vitoriosa, was described as “well aged” with notes of honey and a “nice finish”, while Caña Alta Joven was praised for its “delicate and balanced” profile. Largely consumed in its domestic market of Brazil, cachaça is a spirit distilled from fermented sugarcane juice, but to a lower abv than agricole rum. It is a volume-­driven category, but as it seeks to expand internationally more brands produced using alembic pot stills are coming to the fore.

Next up, my team assessed a flight of standard­-priced white rums. Joining me on the panel was: Michal Lament, content manager at The Rum Kitchen; Will Partridge, proprietor at Heads + Tails; and Keegan Menezes, rum blogger. We awarded two Silvers: to Lidl UK’s “smooth” Liberté White Rum; and “creamy” Havana Club 3 Years Old.

In the next price tier for white rum – super-premium – two Gold medals were discovered by our third panel, which was chaired by Phil Duffy, head of spirits at Amathus Drinks, and consisted of: Chris Mathurin, rum blogger; and Panos Klazidis, bar manager at Ukai restaurant. They awarded Gold to Rum­-Bar Silver and Cabby’s Rum, described as delivering “an intriguing mix of sweet and savoury notes”. A further five Silver medals were bestowed in the same flight, while Bacardi Facundo Neo scooped the Gold accolade in the ultra-­premium white rum leg, judged by Kiely’s panel. “It invites you in right from the first smell,” said Zepherin. “Its flavour profile progresses really nicely, from fruity and sweet to more bitter, with notes of orange peel and a nutty finish. The texture is great too.” 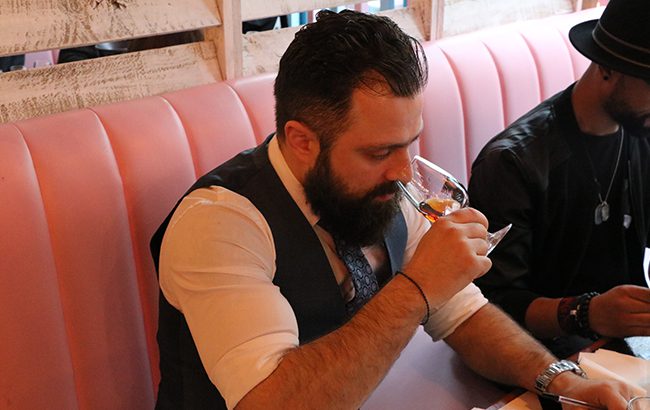 The premium gold rum contingent was assessed by the fourth panel of the day, which consisted of: Bryan Rodriguez, spirits buyer at Harvey Nichols; Dan Greifer, head bartender at Belmeis; and Nicola Thomson, director at Fifteen71, who acted as chair. Neptune Rum, which is made in Barbados, secured a Gold medal, winning praise for its “high-­ester style” and “aromatic” notes of cut grass and fried banana. The flight produced another Gold medallist in the form of Plantation Xaymaca Special Dry, described as “pleasantly pungent” with “good ester aromas”, as well as four Silvers.

In the ultra­-premium gold segment, two more Gold medallists were named: Worthy Park Single Estate Reserve and That Boutique-y Rum Company (Distilled in 2005 at Foursquare) by Atom Brands, in which Kiely’s team identified balanced notes of cinnamon and caramel. “This was a great rum overall,” said Augustin. “The nose, the palate, the alcoholic strength and finish were all good.” The panel also named five Silver winners in the round. In particular, Zepherin enjoyed the “unique aroma” of UK­-made Matugga Rum Mavuno 2018, which he said was an “interesting product”.

Judges then assessed gold rums segmented by age as opposed to price, with the entrants matured for up to seven years up first. Here, three Gold medals were awarded to: Negrita Añejo, Rum-­Bar Gold and Royal Fortune Carmarthen Gold Rum, which was “oily and earthy” with a “deliciously soft mouthfeel”. The round also yielded four Silvers.

In the next flight, judges were looking for additional complexity from a longer maturation period of eight to 12 years, but with the characteristic light, floral quality inherent to gold rum. Four Golds and three Silvers were awarded, and on my panel, Menezes praised Ron Centenario’s “complex” aroma of “black pepper and chive”. Two expressions from Maison Ferrand nabbed Gold in the Gold Rum – Aged Over 13 Years round, winning praise for their “balance” and “deep flavours”.

Since some dark rum producers have a reputation for adding a surplus of sweetening agents and caramel colouring, judges approached the next few flights with extra rigour, but were heartened by what they found. Many of the entrants had a rich and sweet flavour, balanced with fresh herbal notes. Caramel seemed to have been used sparingly by the rums on show, letting the natural influence of the oak shine through. According to our seasoned judges, who have assessed numerous Rum Masters competitions, this year showed a significant increase in the quality of dark rums. Duffy’s panel was delighted to discover the first Master medallist of the day: Plantation Original Dark. The rum impressed with its “pot still, spicy character” and “balanced sweet notes” in the Dark Rum – Premium round, which also produced two Silver medals.

Inching up the price ladder and into the super­-premium dark rum flight, two Golds were awarded, to Diplomático Reserva Exclusiva, said to have notes of “fortified wine and cinnamon”, and Soggy Dollar Old Rum, said to be “oaky, dry and complex”. Two Havana Club expressions, meanwhile, took home Silver medals.

The final flight of the day categorised by price, Dark Rum – Ultra­-Premium, yielded a Master: Ron Izalco – 10 Year Central American Blend. In a flight that assessed rums priced at a minimum of £41, taking the top accolade was no mean feat. Ron Izalco was lauded for its balance of fresh red chilli heat and sweet tropical flavours. Two Golds followed, for Angostura 1787 and La Hechicera, as well as four Silvers. 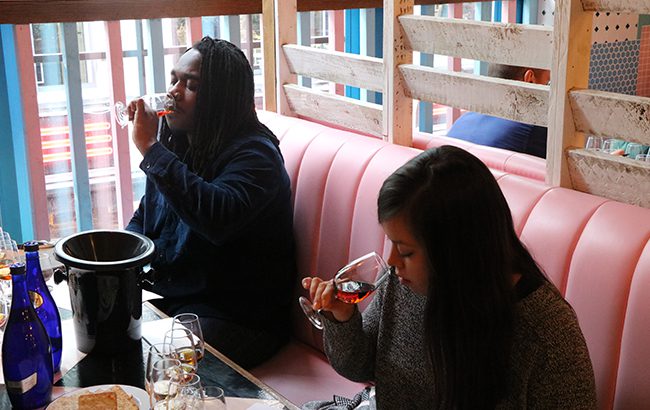 In the first flight that assessed dark rums segmented by age, Duffy’s team awarded two Gold medals and three Silvers. The top scorers were Bayou Single Barrel Rye, said to have a flavour of “pancake, hazelnut and toasted wood”, and Cadogan Carmarthen Dark Rum, said to have a brandy-­like character and notes of “honeysuckle, violet and peach”.

Pusser’s Rum 15 Year Old impressed Kiely’s panel with its “velvety” texture and swiped the Master title in the next flight: Dark Rum Aged Over 13 Years. “I love the buttery popcorn flavour of this rum,” said Augustin. “There’s a subtle funk that I really like too.” The round’s success continued with two Golds, for Ron Prohibido Gran Reserva 22 Year Old and Havana Club 15 Year Old. “This was a very impressive round,” said Zepherin. “These rums have given me a better appreciation for aged varieties.”

Judges then turned their attention to a sub­section of rum that is growing in popularity among connoisseurs and bartenders: agricole. The style originates from the French Caribbean islands, and uses pressed sugarcane juice rather than molasses. Agricole rums are largely known for their vegetal, earthy flavours, as well as their focus on provenance and artisanal production methods. In the round where unaged agricoles came under scrutiny, Trois Rivières – Cuvée l’Océan took the Master title. “This is just what you’re looking for in a white agricole,” said Partridge. Menezes added: “This is a gorgeous agricole. It has a real depth of flavour, with plenty of intense cane on the nose and palate.” Judges also awarded three Golds in the flight, to “tropical and fruity” Maison la Mauny – Rhum Blanc Agricole 40°, “light and vegetal” Saint James Imperial Blanc, and Maison La Mauny – Rhum Blanco Agricole 50°, said to have a flavour of “fresh chilli and herbs”.

The next flight – Agricole Aged Rhum – was the most successful of the day, producing three Masters, a massive 13 Golds and two Silvers. The top titles went to three expressions from the same house: Trois Rivières. Assessed by Thomson’s panel, Trois Rivières – VSOP Réserve Spéciale was described as “simple but well defined”, reminiscent of spirit aged in Cognac casks, with notes of “grapes, vanilla, cut grass and Sauvignon Blanc”. Duffy’s team awarded the other two Masters in the round, praising Trois Rivières – Cask Strength for the seamless integration of its high alcoholic strength. “This could stand up against good Cognacs and Armagnacs,” said Mathurin. “I can hardly believe it’s 55% abv.” Judges also lauded Master-­winner Trois Rivières – 12 Ans for its “incredible complexity” and “mushroomy rancio”.

Because of its size, the flight was assessed by a number of panels, but all judges agreed the standard was incredibly high across the board. Groupe BBS secured an impressive 13 medals in the round, as well as the coveted Taste Master title, which went to the firm’s cask strength edition. The Taste Master is selected via a vote at the end of the competition, after all judges have re­-tasted the Master medallists. In essence, it is the blind-­tasting’s ‘best in class’ award.

Moving away from agricoles, judges assessed a category that is experiencing a renaissance: spiced. While a select few brand giants have long dominated the sector, a number of smaller, artisanal labels are adding excitement and showing that there’s scope for diversity under the ‘spiced’ label.

Atom Brands-­owned Rumbullion! won a Master medal for its flavours of “cola, nuts and burnt orange” and its “lingering finish of cardamom that adds a touch of the exotic”.

The successful round also produced six Golds and seven Silvers. On the whole standards were high, but judges called for greater clarity in the industry over the defining characteristics of spiced rum. Some of the entries demonstrated unusual flavour characteristics, which while interesting and balanced, judges believed deviated too greatly from the archetypal spiced profile.

In the overproof rum sub­categories, “refined and elegant” Maison La Mauny – Acacia secured the final Master medal of the day after impressing with its “clean palate, reminiscent of varnished oak”. The overproof representation also produced three Golds and one Silver, prompting the judges to agree that when done well, a higher alcoholic strength can refine and intensify flavour.

Rum is undoubtedly facing a turning point, with greater opportunities to premiumise and diversify than ever before. The category is also under intense scrutiny amid calls for transparency and lower sugar levels – but if The Rum and Cachaça Masters proved anything, it’s that producers are listening. From standard white rum to overproof aged agricoles, consumers can be reassured that high quality rum exists at all price points. All they need to do is go and explore the rich variety of styles available.

Click through the following pages for the full list of medal winners in this year’s The Rum Masters 2019.