When it comes to the UK drinks scene, gin rules the roost, with imbibers migrating from other spirits and wine to get a jolt of juniper. But, as The Spirits Business reports, other sectors are holding their heads high. 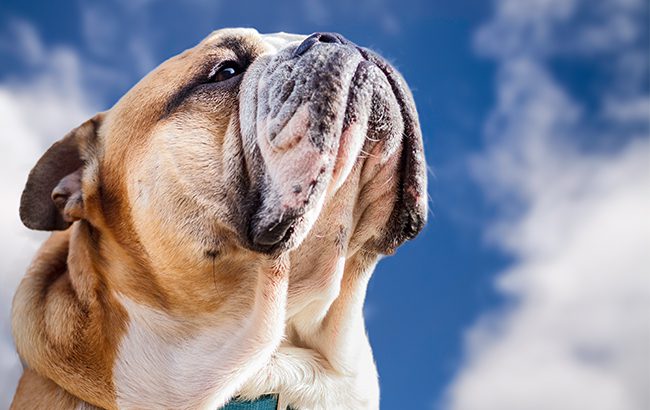 With all the noise about Brexit, the talk of tariffs and the general sense of political chaos, Mark Riley, managing director of Edrington-­Beam Suntory UK, can’t help thinking of the Sex Pistols and their debut single from 1976. “From the outside it would be very easy to say it’s just anarchy in the UK,” he says. But he insists it’s not true, at least not in the booze trade. “The UK spirits business is as buoyant as it has been for a very long time, and that’s pretty much borne out by the facts. We are seeing spirits volume growth of 4%-­5%, and value growth of 7%­-8%,” he says, quoting a combination of AC Nielsen for the off-­trade and CGA for the on-trade in the 12 months to mid-­October.

Yet these figures are eclipsed by one category that is driving two­-thirds of the volume growth in UK spirits, according to Riley. That is gin, which saw MAT volume jump by 39% in the past year, with value up by 46%-­48%. There has been nothing quite like it since early 18th­-century London, when “gin was the crack cocaine of its day”, according to drinks writer and self­-styled ‘gin queen’ Geraldine Coates. You have to wonder where it will end and whether we have already passed peak gin.

To put the question another way, would Riley be bringing out his own brand of mother’s ruin if he broke free from the corporate world and fired up his own still? “I’m not sure I would be putting my mortgage on a gin distillery right now,” he says. “Not unless I had an incredibly strong story. There are an awful lot of localised gins out there within a catchment area of a few miles, but beyond that they’re struggling. The production process has to face up to scrutiny and, most importantly, it has to be differentiated. Inevitably, when you’ve got a hot category like gin, you’re going to get a lot of new entrants, but will they survive the test of time? Do they hold up to scrutiny in taste tests? Some don’t.” Like many, he predicts that consolidation is coming in the new year.

For now it can feel as though gin is fragmenting faster than it is growing. Bars and independent retailers are constantly juggling their gin ranges to quench their customers’ thirst for novelty. While this might expand total sales it prevents brand owners from building their brands if they are on sale one month, and off the shelves the next.

Meanwhile, the latest data on the established players suggests they are doing more than OK. Quoting Nielsen, Diageo put Gordon’s up by 55.5% to £289.4 million (US$368.4m) in the year to mid­-August, while Sipsmith jumped by 75% in its latest UK MAT figures, according to Riley, though that is partly thanks to increased distribution by its new owner since December 2016 – Beam Suntory. Ian McLaren, Bacardi’s advocacy director for Europe, is equally upbeat about Bombay Sapphire, which enjoys the most lavish of brand homes in Laverstock Mill in Hampshire, and which he claims is growing in line with gin overall. “With Bombay Sapphire you’ve got all the different credentials and cues that all the new players have,” he says. Among these, he mentions “the way every botanical is hand-­spooned into the copper basket, which we then pass our vapours through in a vapour infusion”. In other words, Bombay is not to be ‘out-­crafted’ by anyone.

EVERYONE FLOCKS TO GIN

But if gin is booming, surely something has to give? “I like to think the thing being squeezed is the more value end of the spectrum,” says McLaren. Riley adds: “We’re seeing from shopper data that gin drinkers are coming from everywhere and from every category.” He believes it has not really dented the sub-category of Scotch whisky that he is most interested in at Edrington-­Beam Suntory. “If it weren’t for the enormous gin boom, would single malts be plus­-10%?” he asks. “Maybe, but 6%-­7% is pretty good.”

In its homeland, however, he does accept that Scotch has suffered from minimum unit pricing (MUP), which finally hit the market in May after years of legal wrangling with the Scotch Whisky Association (SWA). Overnight, the cheapest 700ml bottle of Scotch jumped to £14, and Riley says volumes have fallen by a good 10% since. “There was a price shock at shelf initially for the first few months, but now people are realising that there’s not a deal to be got elsewhere,” he says, adding: “On total spirits there hasn’t been much reduction at all.”

Politically, MUP is meant to have an impact, and if the drop in alcohol sales is deemed insufficient, the Scottish government will simply raise the 50p-­a-­unit price. When it is credited with all manner of health benefits, pressure to extend it south of the border will only increase, though for now something called Brexit is preoccupying everyone. On which note, Charles Ireland, Diageo’s outgoing managing director for GB, Ireland and France, believes the uncertainty over Brexit may actually be helping spirits.

Not, he stresses, because it has driven us all to drink, but because consumers are delaying big decisions such as moving house or installing a new kitchen. “The small luxuries and treats that people give themselves may have benefitted because they aren’t making those big purchases,” he says. That’s backed up by the 7.5% slump in new car sales this year up to September compared with the same period in 2017. He also points to the freeze in excise duty on spirits in the past two Budgets, and says: “Consumers have responded very positively to that.”

Returning to the gin craze and how it is affecting other drinks, Ireland says: “We’ve evidence that consumers are choosing gin over wine. Where they might have had a glass of wine, they’re now having a delicious Tanqueray and tonic.” Or one of a million other gin brands but, if that’s true, the trend is set to continue, with wine singled out for a tax hit in the latest Budget. From his own figures, he says Diageo’s Scotch brands have not suffered from gin’s rise, even if overall blended Scotch is down by 4.8% in the off-trade and 7.8% in the on-­trade, according to the latest statistics from AC Nielsen and CGA.

An issue frequently raised by producers, at least off the record, is the way the UK supermarkets use brands as ammunition in their perpetual price wars, and trash them in the process. On the record, producers tend to be more polite. “My experience with our big retail customers has been a very positive one,” says Ireland, citing their openness to back innovation such as the hugely successful Gordon’s Pink Gin launched last year. But he concedes: “There is sensitivity in the market on price. Our expectation this Christmas is that retailers are going to try very hard to drive footfall into their stores.”

Mark Riley says The Famous Grouse is still the UK’s number-­one blend “by some way”, and grew by 4% in value in the off-­trade to £219m, which is £6m ahead of its closest whisk(e)y rival – Jack Daniel’s. Jonny Cornthwaite, William Grant & Sons’ head of whisk(e)y, claims the Grant’s blend is also “in growth by volume and value”, even if “blended Scotch is having a slowdown”. That’s not the case for the firm’s blended malt Monkey Shoulder, which he says “is the fastest-­growing whisky in the UK on-­trade, be it Scotch, Irish or American”.

And, having spotted “a really strong area of growth in the lower end of single malts”, to quote Cornthwaite, William Grant has just launched Aerstone Sea Cask and Land Cask in Tesco with an RRP of £30. Both are 10­-year-old single malts, currently discounted to £20, and could do well in a price band packed with no­-age-­statement whiskies.

In rum, Nick Blacknell, Havana Club’s international marketing director, admits the top-­line figures are not that exciting. “But scratch beneath the surface and the super ­premium-­plus levels are absolutely booming,” he enthuses.

In the UK, the volume is still dominated by Captain Morgan and Bacardi, but Havana Club is “well over 100,000 cases, and growing by 10%”, says Blacknell, who adds: “With brands like Appleton, Kraken and ourselves, the UK market is vibrant.” He also predicts a surge in new craft rums now the gin category is pretty well saturated.

Joy Spence, Appleton Estate’s master blender, says: “With rum sales significantly on the rise, this year reaching the £1bn mark in the UK for the first time, Jamaica is reclaiming its national spirit.” And that has given brand owner Campari the confidence to launch a 30-­year-­old rum, one of its oldest to date, with an RRP of £400 that, says Nick Williamson, Campari UK’s marketing director, is “aimed at dark spirits connoisseurs and collectors”. Meanwhile, the firm’s Aperol brand “continues to spread its orange joy across the UK”, he says, quoting value growth of 51.2% in the year to September 2018 compared with the same period in 2017.

And finally a word on Tequila, which appears to be Charles Ireland’s favourite tipple, so long as we’re talking Casamigos or Don Julio Reposado. “I would absolutely love Tequila to be a lot bigger than it is,” he says. “In North America we’ve seen absolutely phenomenal growth, and we’re anticipating the UK will see similar high levels of growth in the future.” But for now, he admits, any surge will come from a low base.