Ireland has become well known for producing whiskey, Guinness and poitín, but now it seems another spirit is gaining traction. We reveal our pick of the top 10 Irish gin brands on the market.

The explosion of the Irish gin market in recent years has seen the launch of more than 50 brands in the country and 20 gin producers, with 12 new brands introduced in 2018, according to figures by the Alcohol Beverage Federation of Ireland (AFBI).

Last year, the AFBI also predicted that Irish gin will “go global” and grow exports to the US, Canada, UK and Germany. The popularity of the category also saw the launch of an Irish Gin and Tonic Festival in 2016.

Alcohol producers in the Emerald Isle are clearly taking note of the trend with more distillers unveiling a variety of Irish gins. A number of the producers have also since moved into Irish whiskey and launched flavoured line extensions.

Click through the following pages for our pick of the top 10 Irish gins. 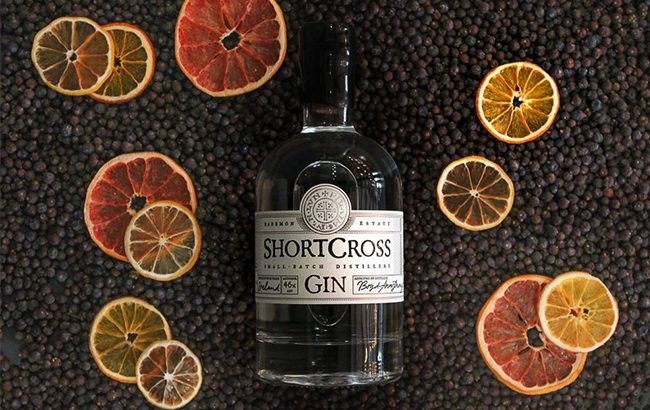 Created by Rademon Estate Distillery in Northern Ireland, Shortcross Gin was launched in 2015 and is made using a blend of botanicals that includes juniper, fresh apples, elderberries, wild clover, coriander, orange peel, lemon peel and cassia.

Founded in 2012 by husband and wife David Boyd-Armstrong and Fiona Boyd-Armstrong, Rademon Estate Distillery is situated outside Downpatrick, County Down, at the couple’s family estate.

In March last year, the distillery announced it will triple its production capacity following the completion of a £2.5 million (US$3.5m) expansion. Rademon is planning to release its first single malt Irish whiskey later this year or in early 2019. 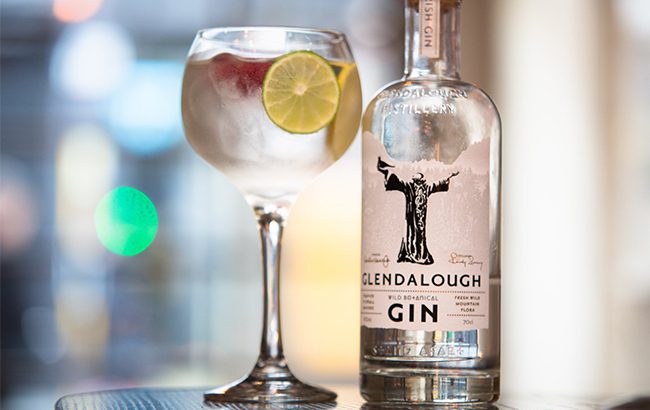 Glendalough Distillery in County Wicklow, which claims to be Ireland’s first craft distillery, produces poitín and whiskey in addition to gin.

The distillery produces Glendalough Wild Botanical gin and four seasonal gins in order to reflect the way that the Glendalough valley grows and evolves over the course of a year. This was followed by an “all-seasons” gin that came to market in 2017. The gins are made with seasonally foraged Irish botanicals, including alexander seeds, hawthorn berries, sloe berries, ground ivy, sage, rowan berries and rosehips. 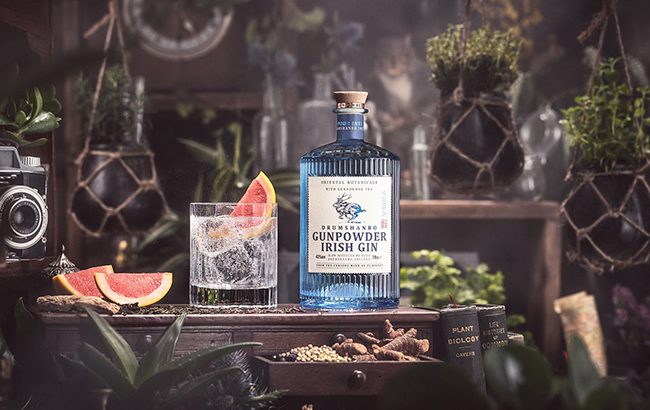 Ireland’s The Shed Distillery launched its Gunpowder Irish Gin back in 2016. The producer uses a medieval copper pot to distil the liquid before it’s blended with oriental botanicals, Gunpowder tea and local Irish ingredients. 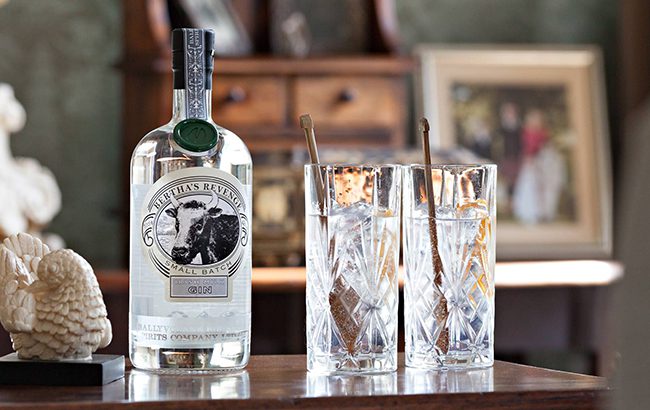 Bertha’s Revenge takes its base spirit from whey and its name from a famed cow called Big Bertha.

Bertha, or ‘Big Bertha’ as she was known, was a legendary Droimeann cow from Sneem in County Kerry. She died at the age of 49 on New Year’s Eve in 1993. Bertha was extraordinarily known for giving birth to 39 calves, earning her an entry in The Guinness Book of Records.

To produce the gin, special yeasts are added to the whey to convert the milk sugars into alcohol. It is also distilled with 18 different botanicals (locally foraged and grown where possible) and pure natural Irish spring water. 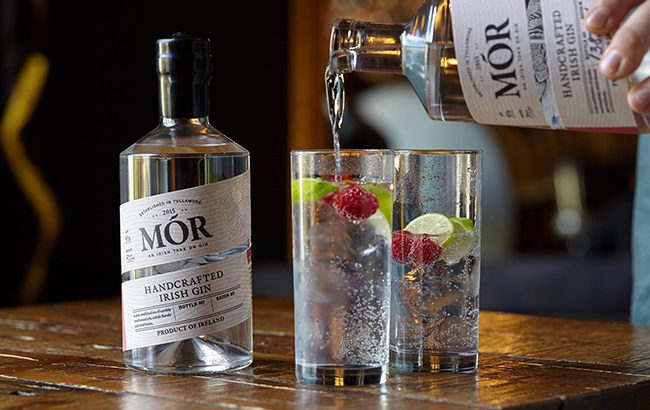 Produced at the Arderin Distillery in Tullamore, Mór Irish Gin features juniper berry, blackberry, cranberry and raspberry along with angelica, rosemary and coriander.

The recipe of the gin is adapted to feature locally grown botanicals as the seasons change. 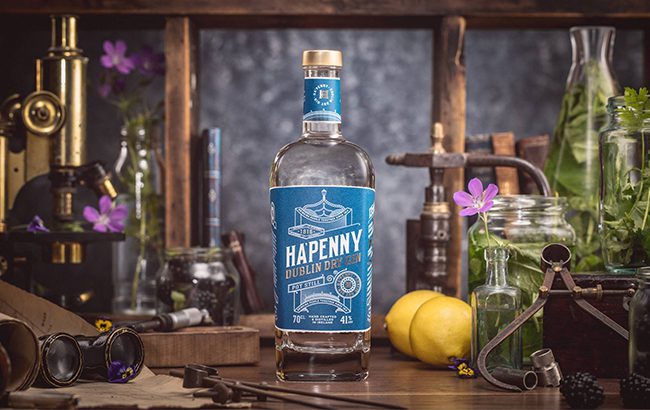 Named after the iconic Ha’penny Bridge, the Ha’penny range features botanicals which would have been grown in the nearby Phoenix Park in Victorian times when the bridge was built. 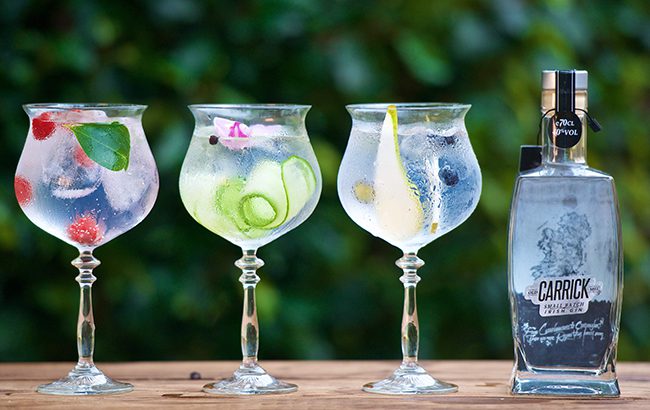 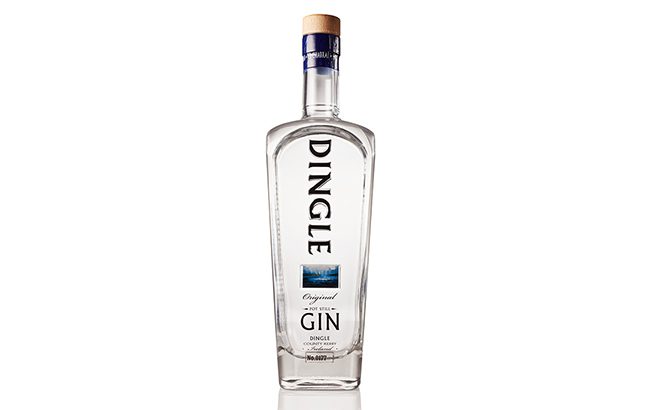 This London Dry gin is made at The Dingle Whiskey Distillery in Dingle, County Kerry.

The Dingle Distillery was opened by Oliver Hughes, the founder of the Porterhouse group of Irish pubs, in 2012. The site also produces Irish whiskey and vodka. 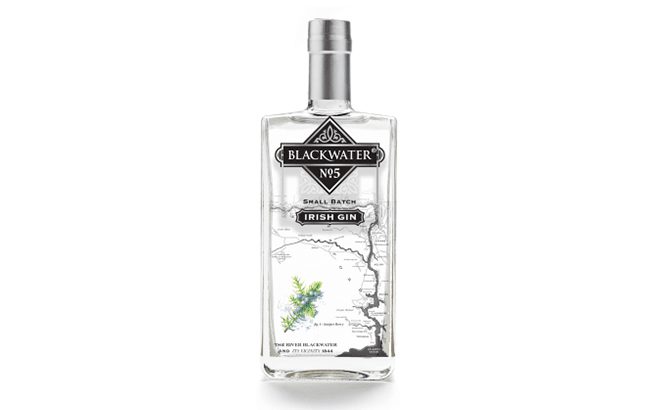 Waterford’s Blackwater Distillery makes its Blackwater No 5 Gin in a 300-litre still named Sally. The expression is produced using a selection of 12 botanicals, including juniper, nutmeg, liquorice, coriander and cinnamon.

The site also started Irish whiskey distillation in November last year and is thought to be the first whiskey distillery in the world to feature blockchain technology. 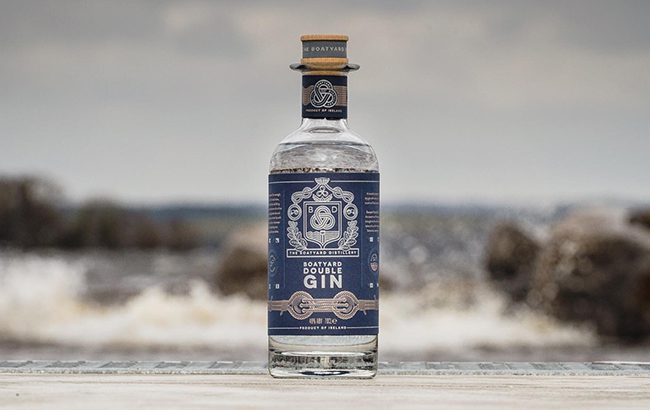 Farm-to-bottle producer The Boatyard Distillery is located on the banks of Lough Erne in north west Ireland.

Boatyard Double Gin is made with organically produced wheat spirit which is macerated for 18 hours with eight different botanicals, including sweet gale from the family farm.