When it comes to premiumisation, rum has been left lagging behind other spirits. Now, the category is catching up, but producers face pressing questions over transparency and regulation. 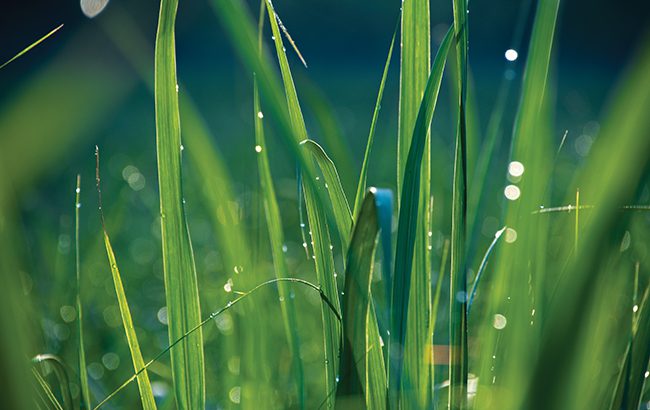 For many years, rum has been the metaphorical understudy of the spirits world: anxiously waiting in the wings but never quite making it to final curtain call. Strong performances from more established spirits stars meant that while rum’s potential was widely recognised, it failed to receive the critical reception it needed to anchor its place in the premium spirits A­-list.

Now, says Nick Blacknell, international marketing director at Cuban rum Havana Club, high­-end rum is stepping into the limelight. “Look at the top­-line growth and it doesn’t seem that spectacular, but if you scratch underneath the surface, the super­-premium-­and­-above level is absolutely booming, with really strong growth rates,” he says. According to IWSR figures quoted by Havana Club brand owner Pernod Ricard, total rum volume sales grew by 2.4% in 2017, while super-premium sales rose by 5.1% and ultra­-premium sales shot up 17.6%.

Growth at the top end of the world’s third­-largest spirits category is impressive, but it comes from a small base – super-­premium-­plus sales account for just 4% of the category, compared with 15% of total spirits. “Of the large spirits categories, rum is the only one left to truly premiumise,” observes Edouard Beaslay, global marketing director at Venezuelan rum brand Diplomático. “There’s a lot of momentum, but much more work to do.”

The task of transforming the image of rum in the minds of consumers and bartenders – moving from a mass­-produced party spirit to an artisanal product made for sipping neat and using in craft cocktails – is not to be underestimated. But a number of distillers are relishing the opportunity to entice curious imbibers with more complex products. Beaslay adds: “Rum is definitely premiumising, but it is also focused on diversification. Consumers are evolving and becoming more curious about rum; they are looking to experiment. Rum is starting to be seen as a category that is just as serious as whisky or Cognac.”

Mirroring trends seen in gin, indie brands are adding ‘craft’ kudos to the category. Beaslay says such brands – Diplomático included – are “getting closer to the consumer and offering a real human touch”.

Neptune Rum, a Barbadian rum made at Foursquare Distillery, joined this growing contingent of new artisanal brands at the start of 2017. According to its founder, Richard Davies, changing consumer attitudes have forced a paradigm shift in the industry. “The gin sector as a whole has really changed people’s perceptions of what they should drink,” he says. “There are now so many non­-mainstream rum brands – the old-school brands are getting nervous, and rightly so. People are more educated now and demand total honesty from brands. We are very transparent about Neptune’s age, where it comes from, how it is distilled, whereas other brands are not so honest.”

Transparency has been a buzz word in the spirits world for some time, and as consumers become ever more inquisitive and knowledgeable, more secretive operations are vulnerable to backlash. Rum has so far avoided the public wrath inflicted on categories such as gin and whisky, but as its premiumisation trajectory accelerates, distillers are under greater pressure to speak about their production openly and honestly.

According to Nadège Perrot, international senior brand manager for Martinique-­made agricole rum Saint James, a lack of transparency is a “growing problem” in rum. She says: “If you buy a bottle, you want to be sure of what’s in it, especially when it is a certain price. There have been several scandals concerning the sweetening of certain rums, among other things.”

Richard Seale, master distiller and blender at Foursquare Distillery, says transparency is “essential to creating a super­-premium category” and identifies two ways to achieve premiumisation – through adding ‘perceived value’ or ‘intrinsic value’. ‘Perceived value’, he says, is created through “packaging, misleading solera age claims and the addition of sugar syrup”, which creates the “illusion of quality”. But ‘intrinsic value’ is based on “genuine artisanal distillation and genuine age”, and is an ethos largely associated with the whisky category.

“This is how we must build the premium category of rum,” he says. “It is more than just to premiumise – it is how we premiumise that matters and will determine our ultimate success. A consumer can and should buy on taste, which is subjective, but what the consumer has to pay should always be based on intrinsic value.”

Furthermore, luxury tropes such as age and colour may be misplaced in rum. After all, a dark rum is not necessarily old, and a white rum is not necessarily young, thanks to loose regulations around colouring and the use of unique filtration processes. For a number of commentators and brands, colour is fast becoming a redundant way to categorise rum.

“Fundamentally, whether it’s white, gold or dark, Cuban rum has a different taste profile to any other rum,” notes Havana Club’s Blacknell. “There’s more similarity within Cuban rum’s different ages than there is, say, between a Jamaican white rum and a Cuban white rum. So if you want to navigate rum it’s probably much easier to understand by looking at the terroir.”

In October, spirits bottler That Boutique­y Drinks Company moved into rum with the launch of a new line developed in collaboration with expert Peter Holland. The range uses a bespoke classification system, with labels carrying markers that indicate whether each bottle hails from a single distillery or multiple ones, and whether it was created using a traditional column still or a pot still. At the time of the launch, Michael Vachon, co-­founder of the brand’s distributor, Maverick Drinks, said: “Each bottling will be small batch and limited edition, with a fresh approach to rum categorisation that is all about the process and the provenance, not the colour.”

One man who is keenly concerned with provenance is Mark Reynier, of Bruichladdich and more recently Waterford Distillery fame. In July, he announced his Renegade Spirits group was planning to build a US$20 million distillery in Grenada after successfully reintroducing sugarcane to the island. “Grenada is a volcanic island, so has lots of rainforests and rich agricultural ground, but it had all been abandoned and gone back to bush and jungle,” explains Reynier. “My job has been that of an Indiana Jones, leaping through the bush to cobble together the acreage for growing cane.”

Cane has now been planted on 200 acres of land along the east coast of the island – a distance of about 30 miles – while a further 100 acres are being prepared and another 150 are “in the pipeline”. Reflecting his focus at Bruichladdich and Waterford, Reynier will seek to show “the spirit differences from different terroirs and different parts of the island”. He adds: “When you’ve got those component spirits, putting them together gives you that mille­feuille of flavour complexity, which is what I’m looking for.”

Renegade Rum Distillery has been born out of Reynier’s desire that rum be taken seriously. “If there was one thing that struck me in the past when tasting rum samples, it was where’s the complexity? Where is that barley-derived complexity? Can you make a compellingly profound rum? I am setting out to answer that question.”

The only way Reynier believed he could elevate rum production to his desired level of complexity was by using sugarcane. Reynier says: “A spirit made from sugarcane as opposed to the by­-product, the gloop after you’ve made rum [molasses], is more like single malt whisky or Cognac. And that’s what I’m trying to do – deal with the primary ingredient to see what we can do. It’s an intellectual proposition loaded with historical relevance.” For Reynier, it is “oxymoronic” to claim that molasses can display provenance, and his approach to sugarcane traceability is “proof that what you say you are doing is what you are doing”.

Another way some producers are being held to account is through official regulations. For Saint James’s Perrot, the AOC for agricole rums from Martinique protects the sub­category and makes clear to consumers how it is different from others. It is the only AOC for rum in the world. “The AOC protects the quality of our products; it’s very restrictive but that’s why it’s so useful,” she says. “The location and harvest dates of the sugarcane is controlled, with each stage of production monitored by the AOC, similar to appellation wines.”

A different type of regulation – geographical indication (GI) – has this year been agreed for Jamaican rum, while a GI for Barbadian rum is “near completion”, according to Foursquare’s Seale. Venezuelan rum is bound by a DOC, which Diplomático’s Beaslay says “contributes to the overall credibility of rum”.

Seale laments the “terrible myth that rum has no rules – the problem is that our rules are not recognised”. He says the US and EU – both key rum markets – do not recognise the specific regulations from rum­-producing nations, which he calls a “genuine disgrace”. Seale also says the EU fails to properly enforce its own regulations for rum, which prohibits the use of neutral grain spirit and flavourings, among other things. “This lack of enforcement has helped make rum a dishonest category, and has prevented the category from having the confidence in its integrity that is necessary to develop the super­-premium class,” he says. Seale urges the EU to recognise rum’s GIs in the same way it recognises Scotch whisky, but says the US is a “vastly greater problem”.

As with all discussions around spirits laws, producers believe there must be a balance between regulation and innovation. For Alexandre Gabriel, master blender of Plantation Rum, any rules for rum production “must first and foremost promote transparency, while not killing the diversity that makes rum so special”. He adds: “The work of putting together a GI must be a careful process. It must be a way to explore and research collectively the heritage of a particular country in rum making. But also, something that always has to be kept in mind is that rum is a vibrant spirit, and that has to continue. GIs should not stifle that.”

Thanks to the global nature of rum production, as well as its deep history, it seems unlikely that an international set of standards covering all countries and styles could ever be agreed. As such, many producers are focused on education. “Brands have a responsibility to help consumers navigate the category,” says Havana Club’s Blacknell. “We have a lot of innovation in the pipeline because of the dynamic nature of the category, but we’re also constantly thinking to ourselves: ‘How do we explain this to the consumer?’”

The education mission of rum producers will undoubtedly be a long, hard road, especially due to the complex nature of the category, which is spread around the world and encompasses a multitude of styles. “Because of this diversity, some people try to oversimplify it by categorising rum in too few groups,” says Gabriel. “But diversity is what makes rum so interesting.”

It’s an exciting time to make and drink rum, but the industry has some critical choices to make as it plans for future success.