The Indian whisky sector is as vast and vibrant as the country itself, with gigantic brands battling for supremacy in their particular segment of the market. 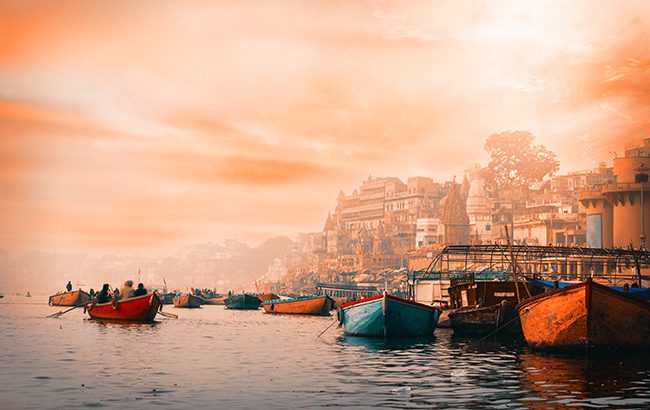 India is the world’s third­-largest economy, and could eventually take the number two spot from the US, according to PwC’s World in 2050 report. The country’s GDP is growing by around 8% and is forecast to continue at that rate for the next few years. With its youthful population, with an average age of just 29, a surging middle class and a predilection for drinks such as whisky, it may well be today’s most exciting spirits market. Yet global brands are held back by the 152% import tariff that the Indian government stubbornly clings to.

Spirits make up some 620m cases of the estimated 900m cases of booze consumed in India each year, though much of it is cheap so­-called ‘country liquor’. Kartik Mohindra, CMO Pernod Ricard India, reckons that two thirds of spirits is sold as ‘whisky’, and that ‘western-­style spirits’ account for around 250m cases. Of this, only the top 120m – what he calls “the profitable side of the segment” – is of interest to Pernod.

“India is one of the most dynamic spirits markets in the world,” says Vikul Goyal, Radico Khaitan’s marketing manager. He claims Indian whisky is enjoying “vigorous growth” with his own 8PM brand up by 38% last year to 6m cases. It is particularly popular in the country’s largest state, Uttar Pradesh, where it dominates the ‘regular whisky’ sector.

“We rejuvenated the brand in 2007-­08 when we were facing a few challenges,” says Rahimtoola, who believes the marketing, based around the idea of ‘righteousness’, has been crucial to its success. “Righteousness is a positioning platform that talks about a man of strong virtues and strong values,” he explains. “In a category where other brands talk about success, achievement, masculinity, bonding and fun, we speak a different narrative. We talk about righteousness and being a do­gooder, and that’s struck a strong emotional bond with our customers.”

The advertising invites the common man to unleash his ‘inner officer’ and make the right choices in life. “An officer stands for good, for status and for dignity,” says Rahimtoola. But the ads don’t refer to the actual whisky because since the Cable Television Networks (Regulation) Amendment Act of 2000, that would be illegal. The solution for all such brands is to have a range of other products with virtually identical packaging, such as snacks, in the case of Officer’s Choice, or soda water, in that of McDowell’s No 1.

Imperial Blue, launched by Seagram’s in 1997, promotes itself via its CD collection and its long-­running Men will be Men campaign that first aired in 2002, shortly after Pernod Ricard acquired the brand. In the ads, the fall guy is an incorrigible romantic who sometimes comes off a winner but is usually humiliated. Most call it surrogate advertising, though Mohindra prefers the term “brand­-extension advertising”.

Either way, Men will be Men clearly resonates with the brand’s 25­- to 40­-year­-old male target audience since sales have soared from around 1m cases in 2000 to 19m last year, making Imperial Blue number three in the Indian whisky charts behind McDowell’s and Officer’s Choice. Pernod also owns Royal Stag in fourth place, and the ninth best­seller – Blender’s Pride.

Of course, not everyone approves of surrogate advertising. Writing about the TV coverage of the Indian Premier League (IPL) cricket in the New Indian Express in May, the columnist and former ad man, Sandeep Goyal, said: “It is raining liquor ads on IPL. Openly. Brazenly. Blatantly. And no one seems to be bothered.” He also claimed some of the supposed brand extensions were “almost ghost products”. Mohindra says: “The onus is on us as marketers to make sure we advertise our brands responsibly. There are some manufacturers who are not doing this as stringently as they possibly should.”

With drink a state­-controlled issue, Asa Abraham of John Distilleries, whose Original Choice is India’s fifth best-­selling whisky, says: “Rules and policies on liquor vary from the most lenient, like Goa, to other states such as Delhi, which does not allow any visibility at point of sale. This has been factored by the industry as the rules become stricter for alcohol and tobacco.” In April 2017, alcohol sales were banned within 500 metres of national and state highways, and “that had an incredible impact”, says Rick Jagdale of Amrut Distilleries. “The industry shrunk by 25%-­30% overnight, but in the past two years things have settled down and now the industry is back on its feet.”

Some politicians are very anti­-alcohol, even calling for prohibition. “Political parties do it to win elections, but, luckily, not in southern India,” says Jagdale. “When the Congress party was in power in Kerala and came up with a pro-­prohibition policy they were completely wiped out in the last elections.” He estimates the total tax take from alcohol would be enough to pay for the country’s defence budget, were it not used to fill the coffers of the individual states. Spiros Malandrakis, Euromonitor’s senior analyst, believes few of them could give up the booze even if they wanted to, simply because “the money in question is so much. Also, the voices on the ground are saying this kind of religious or fundamentalist approach to alcohol does not bode well for a country that wants to move to the centre of the global stage.”

Mohindra makes a similar point, saying: “In India, alcohol consumption has always been a bit of a taboo socially, but we’re seeing a lot of those barriers coming down with millennials, and we’re seeing an increase in female consumption, particularly in the big cities.” Overall, he believes: “The growth is no longer limited to Delhi, Bombay and Bangalore. State capitals such as Lucknow are the growth engines now and will be in years to come.” However, probably the biggest reason for optimism is those ‘country liquor’ drinkers who are being propelled into the world of branded Indian whisky by the country’s rising GDP. When they get there, Pernod Ricard can offer them three rungs on the ladder, from Imperial Blue at around Rs550 (US$7.50), to Royal Stag at Rs800 and Blender’s Pride at Rs1,250.

Rahimtoola doubts if brands are really within reach for most ‘country liquor’ drinkers, given what he calls “the huge [price] gap between that and branded drinks – almost 100% in many states”, but like many he believes Scotch is still at the top of the whisky tree. Vikul Goyal agrees, though he says premium and super-­premium Indian whiskies have outpaced Scotch in the past three years, growing by 13% compared with 11%. That said, his recently launched 8PM Premium Black contains a dollop of Scotch, like all high­-end Indian blends, as though to give consumers a taste of the ‘real thing’, as they gaze longingly at brands like Johnnie Walker. For now, there’s no real craft spirits movement in India, but there is burgeoning interest in Indian single malts. While volumes remain niche, Rahimtoola reckons that John Distilleries achieved something of a makeover by launching Paul John single malt in 2012, having previously focused on the low­-end, mainstream market.

Amrut pioneered the category in 2004, and today its single malt sells for Rs3,300 in its home state of Bangalore. By comparison, bottled­-in-­India Scotch starts at around R1,800, while Johnnie Walker Black is closer to Rs5,000. Amrut launched in Glasgow, and today exports 50% of its volumes for a range that now includes Amrut Rye, Double Cask and Peated, among others. The latest expression is Amrut Naarangi, aged in Sherry casks, seasoned with wine and orange peel.

According to Asa Abraham of John Distilleries, single malt is the fastest-­growing category in Indian whisky, with year­-on­-year growth of more than 30%, while his Paul John brand is up by more than 50%. In 2016, Radico Khaitan launched its Rampur Select single malt in Las Vegas and among its 29 markets, you can now buy a bottle in the UK for a hefty £58 (US$76).

Such whiskies seek to compete with Scotch single malts in the west, but for now the volumes are nothing compared with what Officer’s Choice sells in the UAE, for example. “It’s well over a million cases,” says Rahimtoola, out of the brand’s total exports of around 1.5m. Given the estimated 8.5m Indians working in the Gulf, Pernod Ricard India is also active in the region. “Our brands are already strong in the Middle East, led by Dubai,” says Mohindra, who is about to begin selling Royal Stag in Vietnam, following its launch in Thailand last year. But it is Africa that really excites him and other Indian whisky producers, with demand coming from the continent’s emerging middle class, and not just India’s expat community.