Pisco, Chile’s national spirit, is steeped in history, but brands are turning to the future with high-quality products that they hope will appeal to international audiences. Clinton Cawood reports. 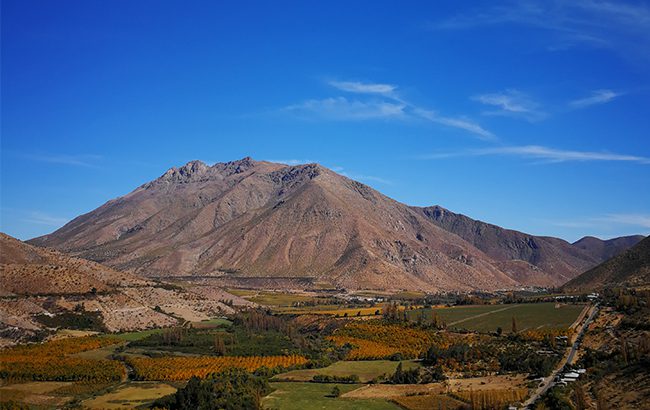 Chileans don’t hold back when it comes to their national spirit, with the vast majority of its volumes consumed within the country’s borders. With an audience like that, you’d perhaps forgive Chile’s pisco producers for resting on their laurels. But the category has been reinventing itself in recent years, with a greater focus on more premium expressions and export markets. The result is a spirit with no shortage of history, but that’s becoming more contemporary too.

“The Chilean pisco market has experienced a profound evolution during the last few years,” confirms Claudio Escobar, manager of Pisco Chile, the organisation that represents nearly all of the country’s 20 distilleries, which in turn are responsible for around 50 brands. Escobar estimates that nearly 70% of the category consists of premium and ultra-­premium labels. “This evolution goes hand in hand with the search for new markets for Chilean pisco,” he adds.

Pisco El Gobernador, founded by Spanish wine company Torres in 2012 in the Limarí Valley, is among this new wave of players. “In less than two years the number of premium piscos in Chile has doubled,” estimates Cristobal Cofré, El Gobernador’s global brand ambassador. “Consumers are asking for quality piscos, for mixing or for sipping.”

According to Nicolás Martinez of Moscatel Bar in La Serena in Chile, a relatively new pisco-­specialist bar with more than 60 expressions on offer, the brand that really started it all was Kappa. This is another contemporary brand created by a European company, this time from France, and what was known as Marnier Lapostolle at the time. For Martinez, its launch “dislodged producers for the simple fact of it being an ultra-­premium product in the transparent [un-aged] pisco category”.

According to Martinez, this top-­end pisco, with its striking, modern packaging, started a move towards higher-­quality production. “They had to do something, or they would have stayed in the past,” he says.

Another game-changing entrant, from the small town of Tulahuén, is Waqar. Pisco educator and drinks consultant Glen Hooper considers it to be “the first pisco created specifically for the external market, and opened doors and eyes to what is possible in the category”.

The mission to open these doors has been a long one. An early landmark that most in the Chilean pisco industry are quick to proudly point out is the establishment of the category’s Denomination of Origin in 1931 – the first in the Americas. In more recent history, the sector was dominated, and arguably defined, by two cooperatives – Capel and Control. The former’s export director, Javier Marcos Santana, describes a situation in the early 2000s where competition between the two drove prices down, and the perception of pisco with it. But from around 2010, he says, that reputation began to turn around.

Capel is now the country’s biggest pisco producer (Control was acquired by Chile’s Compañía Cervecerías Unidas in 2005), with about 1,000 growers in the cooperative. It exports pisco brands such as Alto Carmen and Capel to 45 countries. It’s also not without its own premium contenders created with export in mind, such as Alto Carmen The Essence of Muscat.

While pisco producers are looking to expand outside of Chile, export still remains a small slice of the pie. Pisco Chile’s figures provide some perspective. In 2017, the country exported 380,000 litres, worth US$2.8 million, just a fraction of total production of 35m litres that year. The country’s priority export markets, according to Escobar, are the US, Argentina and Europe, specifically the UK and Germany.

“When it comes to spirits culture, Europeans are more open­minded, and focused on innovation, process and origin, so it’s easier to demonstrate our quality,” says Norman Dabner, Waqar’s general manager. “When we think of export markets we’re really thinking about certain cities, and about bars in London, Paris, Barcelona, Milan, Shanghai, Tokyo, New York City, San Francisco and so on.”

This is distinct from the spirit’s home market, where simple spirit­-and­-mixer serves – like the Pistón serve with tonic, or Piscola with cola – are favoured, although there are signs of this changing. “In the past few years we have been part of the global trend towards high quality cocktails,” says Escobar. “It is now very common to find more sophisticated cocktails in Chilean bars and restaurants.”

For evidence of this there’s the cocktail list at Moscatel in pisco’s heartland, where bartenders make use of the array of piscos available to them to innovate. “Cocktailing today is fundamental. Without it, we could not demonstrate the versatility of our pisco,” says Martinez.

For most people encountering pisco outside of Chile, however, there’s one cocktail that’s more likely to be their introduction than others. “The Pisco Sour in all its myriad variations is an excellent drink for getting the cocktail world to investigate pisco, which then has the opportunity to be tried in other classics,” says Hooper. “Within mixology, the use of aquafaba and other foaming products [as a substitute for egg white] could attract vegetarians and vegans too.”

Visitors to London Cocktail Week recently had proof that there’s more to pisco cocktails than the Pisco Sour, with a drink containing Waqar taking the title of overall Best Cocktail. Created by James Drummond, of Resident of Paradise Row, it updated another important pisco classic: the Pisco Punch.

But there’s more to promoting the category than just cocktails, Hooper thinks. “Pisco is made from grapes, so it’s important that we engage with the wine community, with sommeliers.” Indeed, one of pisco’s strengths is the various grapes that it can be produced from; there is untapped potential for exploring and promoting these varieties.

“We’re playing around with unusual and interesting grapes at the moment, and we’re hoping to be able to create a few limited-edition releases over time,” says Chris Dennis, El Gobernador’s UK brand ambassador. “We’re only able to start this programme because we’re confident in our knowledge that the market is hungry for this. It’s taken a while, but we now understand the pisco consumer in much better depth. This has made it easier to develop brands that appeal both to pisco­heavy markets and up-­and-coming ones too.”

With Chilean pisco’s regulations allowing for oak ageing, producers have another means of creating more premium expressions, and barrels containing ageing pisco can be seen in the cellars of a number of distilleries that currently only market unaged expressions.

Like the contents of those barrels, the category is definitely evolving, and it’s worth keeping an eye out for the results.