Distilleries have realised that attracting consumers can be a great way to create brand loyalty. Our annual competition rewards the most enticing establishments. 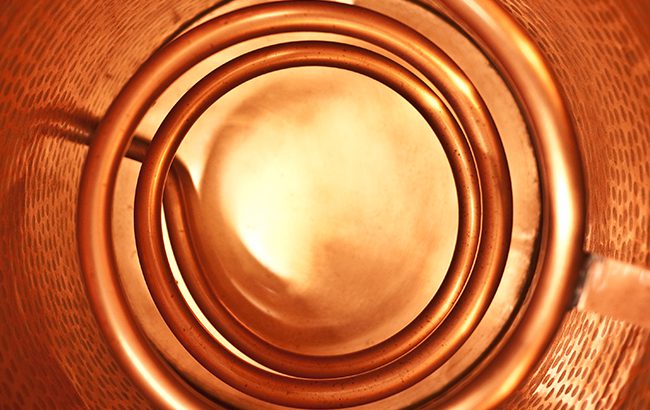 There was once a time when distilleries were considered no more than spirits factories – the means to the end of creating liquid to bottle and sell. But in recent years, as consumers’ thirst for knowledge has grown, the spirits industry has seen the rapid growth of a new and important segment: distillery tourism.

People want to connect with brands on a deeper level and, in particular, want to understand where the products they love come from. And suppliers are responding with a wealth of engaging visitor centres, tours and facilities, and also are aiming to bring their stories to the masses through engaging social media campaigns. Furthermore, as sustainability has become a key concern for consumers and businesses alike, distilleries are establishing interesting green initiatives to minimise their impact on the environment.

All of this was what The Spirits Business’s Distillery Masters 2019 set out to assess, awarding Master, Gold and Silver medals to distilleries around the world for their approaches to tourism, digital and social media, and sustainability. In a departure from most other rounds in The Global Spirits Masters series, the competition did not involve any tasting, and instead assessed written entries, aided by videos and images submitted by brands.

The day’s judging panel included Antony Moss, director of strategic planning at the WSET, and Matt Chambers, writer and cofounder at Whisky for Everyone, who were chaired by Melita Kiely, deputy editor of The Spirits Business.

First, the group tackled the Consumer Experience leg of the competition, in which they assessed the strength of distillery tours, tastings and educational initiatives. The round proved extremely strong, with four Master medals awarded. The first went to the City of London Distillery’s Gin Lab Experience, which judges believed offered “genuine product education”. Chambers said: “You could know a lot about gin or know nothing and still have a great experience here.”

The next Master went to Finland’s Kyrö Distillery, which judges said immersed visitors in the distillery itself and in the surrounding community. “The whole customer interaction and engagement here is excellent,” said Chambers. São Paulo’s BEG Boutique Distillery, meanwhile, was said to offer a “fascinating” experience in the less­-established gin­-making region of Latin America. “You can even become a master distiller for a day and take home 45 bottles of a single batch – that’s a lot of gin,” said Chambers. 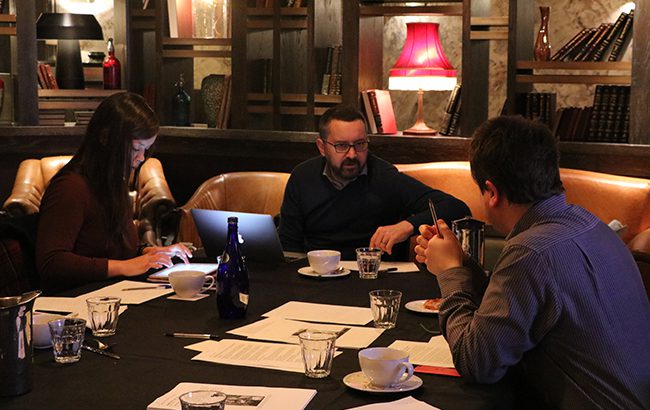 The final Master medal in the round went to Jameson Distillery Bow Street in Dublin, which judges believed went to great lengths to truly immerse consumers in the brand story and wider Irish whiskey category. The “cutting­-edge” Lost Spirits Distillery in California and “pioneering” Teeling Distillery in Dublin, meanwhile, achieved Gold, and Hayman Distillers secured a Silver.

Reflecting on the impressive round, Moss said: “Any distillery that is open to visitors should think about what they’re doing in addition to distillery tours, tastings and gift shops – some, as we have seen, are going way beyond that. These experiences need to be educational, interactive and immersive.”

The next round – Distillery Facilities – looked at areas of distilleries that further enhance the visitor experience, such as shops, restaurants and private function areas. Once again, Kyrö Distillery secured the top award for the “sheer level of delight and imagination it conveyed”. Moss said: “Kyrö clearly takes pleasure in coming up with ideas and is inspired by interactions with consumers. They are really engaged.”

The Finnish distillery also came top in the Digital & Social Media round after impressing with its “stylised” messaging. “There’s a really strong identity in all elements of their social media,” said Chambers. “It’s engaging, quirky and makes you want to be part of it.” The judges also praised the way Tamdhu in Speyside “brought the Sherry story to life” – referencing the casks it ages its whisky in – and awarded the distillery a Gold medal. “The way it’s brought its rebrand, website and new packaging all together to create a new identity is very clever,” said Chambers.

The final round of the day was Green Initiatives, which focused on distilleries’ sustainability efforts. Glengoyne Distillery was highlighted as “an example for other distilleries to follow” and secured a Master medal. In particular, judges praised its partnership with the Wildfowl & Wetlands Trust and its £170,000 (US$216,000) investment in establishing a wetlands facility, which enables the distillery to ensure its waste disposal is clean and natural.

Fellow Ian Macleod­-owned distillery Tamdhu won Gold for “going beyond managing the immediate impact of their business on the environment”. Chambers said: “They’re working with local and national organisations to go above and beyond what’s required.” Kyrö Distillery, meanwhile, received a Silver medal for “doing all the things a modern business should do to protect the environment”.

For Moss, the entries in this round “went beyond improving their immediate impact on the environment and looked at what can be done in the wider community”.

As the day’s judging came to an end, the panel praised the high quality of entrants. The distilleries demonstrated their position as industry leaders that are going the extra mile to set a standard of excellence in tourism, marketing and sustainability. Chambers said: “We’ve seen some real market­-leading initiatives today, and hopefully other distilleries will be inspired to follow suit.”

Click through the following pages for the full list of medal winners in this year’s Distillery Masters.