Tequila has become one of the hottest topics in the spirits industry, but with an abundance of markets left untapped, are brands doing enough to diversify their appeal? Claire Dodd investigates. 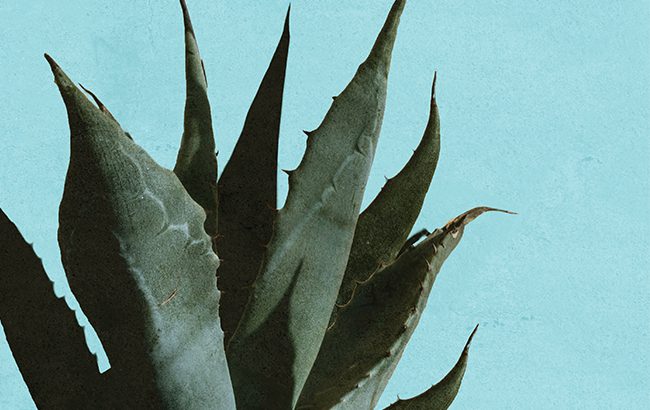 Ah Tequila, it makes us happy. Well, compared with other spirits, it actually makes a relatively small number of us happy. For all the headlines, all the celebrity endorsements, all the billion­-dollar deals, Tequila is still small fry on the global spirits stage.

According to data from market research provider Euromonitor International, the category (combined with mezcal) hit 302 million litres in 2017 – whisky, on the other hand, sold 3.31 billion litres, and rum 1.3bn litres. But Tequila’s pace of growth is unmatched. Having increased global volumes by 5.1% in 2017, and with gains of 4.5% forecast for this year, its volumes are predicted to continue to rise – by 3.6% in 2019 and 2.9% by 2020, taking the category to 337m litres. Between 2016 and 2020, Tequila’s growth is poised to consistently outperform the wider spirits market year on year.

Now that Tequila brands have changed hearts and minds in core markets such as the US and the UK – moving us from shooting to considered sipping – are there boundless opportunities elsewhere? For some, the answer is yes.

“Unquestionably, the vast majority of Tequila’s growth in the long term will come from global sales,” says Lee Applbaum, global chief marketing officer at Patrón Tequila. “It has experienced a rapid growth for many, many years here in the US. But in lots of western Europe, Asia, Latin America – really, all over the world – Tequila is very small. There’s huge room to grow. But there’s a tremendous amount to do.”

Clearly, there are hurdles to overcome. After all, it has taken Patrón 30 years to get to where it is in the US. Spiros Malandrakis, industry manager for alcoholic drinks at Euromonitor, says the category’s focus on just two markets – the US and Mexico – has proved both a help and a hindrance. The truth is that for many markets, Tequila still faces problems of both perception and palate.

“As it expands around the world it has to adapt to different palates, styles and drinking rituals,” he says. “Tequila struggles in markets such as China, which would potentially provide a massive boost in its future. But it hasn’t managed to crack them just yet, perhaps because emerging markets have historically tended to embrace products that they see as premium. For decades Tequila was associated with anything but premium.”

For Malandrakis, brands need to innovate and educate to reach new markets. At the moment, that just isn’t happening, he says. Radical new launches are needed. “It’s difficult to find anything interesting happening in the category. Tequila is doing great, and there’s a level of complacency that is down to that. Major changes will never happen in that benign environment, where everything is going well. Mezcal seems to really be successful with the millennial demographic – any real novelty or radical experimentation will come from mezcal.”

While the premium marketing messaging the category has concentrated on in recent years is connecting with some regions, globally Tequila still broadly suffers something of an image problem, especially in less established markets. But that’s not to say important strides have not been taken.

“We believe that the growth has been the result of a considerable evolution in the perception of this drink,” says David Guzmá, marketing manager of Fraternity Spirits, whose brands include Tequila Corralejo. “It has gone from being consumed mostly by the Mexican community and as a party drink to other markets and segments. Brand building through educational programmes is essential for the success and growth of the category.”

‘SO MUCH ROOM TO GROW’

So are existing educational programmes in Tequila’s biggest markets doing enough? There’s a strong case to make that brands still need to do much more. “Patrón really introduced the world to super­-premium Tequila more than 30 years ago,” adds Applbaum, “and yet I am still shocked by how many of my own friends have never had or thought to try an extra añejo neat or on the rocks in lieu of whisky or Bourbon. And that’s in the US. Even in the most mature Tequila market, there is so much room to go. I cannot say that enough.”

In the on­-trade, bartenders have the power to demonstrate how Tequila can be enjoyed, and steer customers towards new serves, such as the Old Fashioned, but mixed with the agave spirit instead. Pete Macfarlane, senior brand manager at Cazadores, says: “The versatility of Tequila is undoubtedly one of its key strengths. As more consumers become aware of that, the diversity of variants, and increased quality available to them, we will continue to see the category grow.” 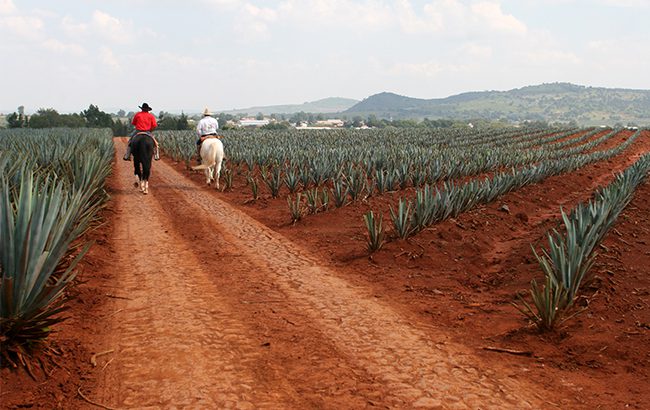 Bartenders are clearly on the front line when it comes to demonstrating versatility, but are they getting enough support? Eduardo Gomez is the founder of London’s Tequila & Mezcal Fest. He recently hosted the first UK­-based Distintivo T (Tequila Award) by the Consejo Regulador del Tequila (CRT), and without any promotion, the course attracted around 60 attendees. Gomez says he hopes to repeat the course during celebrations for the 45th anniversary of Tequila’s appellation of origin next year. “The idea of sharing this information with the main players in the UK is for them to be able to go out and effectively educate consumers every day,” he adds.

Events such as Gomez’s festival – now in its fifth year – are a key way to boost awareness, and show that consumers want to know more and are willing to experiment. Brands would do well to take advantage of this enthusiasm to change perceptions of the category as unapproachable or – in a market increasingly concerned with moderate drinking – too boozy.

As consumers move away from strong, alcohol­-heavy products, serves such as the T&T (Tequila and tonic) could help win people over to the category. Patrón hopes so. The brand’s new UK partnership with Fever­-Tree includes the release of a limited edition mixer, Fever­-Tree Citrus Tonic Water, designed to pair perfectly with its Tequila. Macfarlane from Cazadores says he too is seeing an increase in demand for simple, lighter serves such as Cazadores Blanco, soda and lime.

And while the Margarita has long been the favoured serve for Tequila brands, there are signs it is time the Paloma was championed instead. Grapefruit and pink drinks are ‘having a moment’, and the refreshing serve is lighter and much easier to recreate at home than its more famous rival.

Format too is increasingly important. With canned cocktails gaining momentum – and a number of ‘craft’ launches recently taking them into a premium space – it makes sense that ready-­to-­drink (RTD) Tequila products could be another area of focus. Germany-based Borco has launched a Margarita RTD under its Sierra Tequila brand, at 4.9% abv. “Consumers are starting to understand the craft of Tequila­-making more profoundly,” says Tina Ingwersen­Matthiesen, member of the Borco board. “But there is still much left to do in terms of education. Cocktails enable us to address a broader target audience and help consumers to become acquainted with Tequila in new ways.”

It is broadly acknowledged that Tequila needs to do more to capture the imagination of discerning drinkers. And given the strong growth of the category, and its notable achievements, maybe we shouldn’t be too hard on it. But in a climate where consumers are embracing experimentation and seeking out more information about the drinks they consume, there is a risk that opportunities are being wasted.

Over the following pages, we reveal the trends set to take the Tequila category by storm. 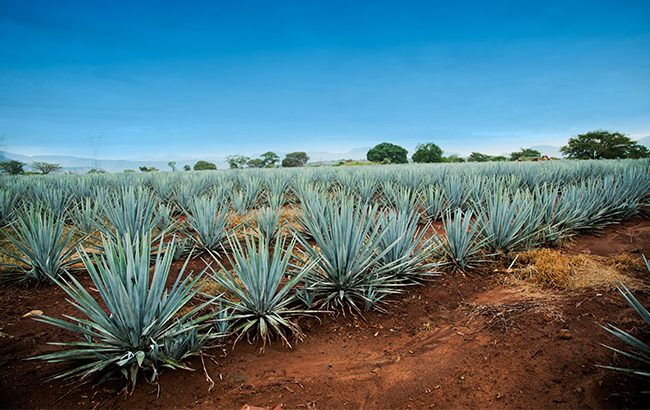 Premium, premium, premium. With understandable limitations on what a Tequila can be, premium has been continually touted as the key to innovation in the category. But there is much more going on, as our list below shows.

Some producers have made it their mission to break established category norms. UWA Tequila, launched in November last year, is billed as the world’s first Tequila aged in Speyside malt whisky casks. “Scotland has some of the finest food, drink and tourism that the world has to offer, but Tequila really hasn’t been a spirit that’s been focused on, partly because of the perception that it’s had of being a cheap shot chased with salt and lime. We are here to change that perception,” says Michael Ballantyne, co-­founder of the brand.

Meanwhile, Get Hot Tequila is described as the world’s first habanero-­infused 100% agave reposado. It launched in the US in 2016. Following a deal with Velour Imports, it will now be distributed in the Caribbean and Central America.

From gin to rosé vodka, if it’s pink, it sells. Código 1530, which launched last year, gets its pink hue from Napa Valley Cabernet barrels.

Every drinks brand loves a millennial – but not many speak their language. New launch JAJA might be more fluent than most. Launched by Instagram account-­turned­-media empire FuckJerry, the 100% pure blue weber agave is available as a blanco and a reposado. According to the brand: “JAJA represents the first full-­scale digital launch of a spirit, and marks an era-defining evolution in the way new alcoholic beverage brands are introduced to market.”

Sustainability will become increasingly key to the way Tequila brands market themselves. Don Camilo is to launch an extra añejo organic Tequila in early 2019. Cazadores is also aiming to make its distillery 100% sustainable within the next six to 12 months, using all agave waste to power its plant. In July, Pernod Ricard relaunched its Altos Tequila educational programme, The Tahona Society Collective Spirit, with a US$50,000 grant to support a winning sustainable initiative, event or project that benefits bar staff, customers, the community or the environment.

“Clearly there’s an opportunity to help consumers and bartenders understand not all agave is created equal,” says Patrón’s Applbaum. “Terroir as an enforcement of culture, as a means to tell the story of a place, of a people, of a land, is the opportunity.” Watch this space – Applbaum promises forthcoming innovations that will address just that.

PREMIUM IS HERE TO STAY

But premium is still important. Mantas Zlatkus, global brand director for the Amber Beverage Group, whose brands include Rooster Rojo, says cristalino Tequila is poised to become a key trend.

Sipping may be hip, but let’s face it, shots are still where a significant amount of volume comes from. And Pernod Ricard isn’t being shy about it. The new marketing campaign for Olmeca, called Make it Colossal, aims to revitalise Tequila shot culture globally. Millennials in Central America, Europe, Africa and Asia are encouraged to turn “unplanned social gatherings with friends into colossal nights” by integrating shot rituals into their parties.