The Mexican spirits market is young, dynamic and growing, especially at the top end, which suggests the best could be yet to come. 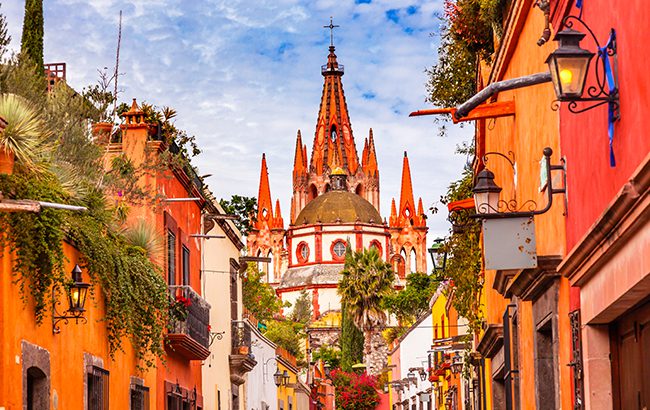 “A big deal looking good with Mexico!” tweeted US president Donald Trump on 27 August, as he prepared to rip up the North American Free Trade Agreement – and sure enough a new deal was announced the next day. While it left Canada yet to decide, the agreement between Mexico and the US caused a bounce in the world’s stock markets as fears of an escalating global trade war receded. Trump couldn’t resist mentioning his blessed wall, however, as he told reporters the US$25 billion required “will be paid for very easily by Mexico”. “NEVER”, tweeted the Mexican foreign minister, Luis Videgaray Caso, in response.

With around 70% of Mexico’s exports going to the US, no deal could have easily plunged the country into recession. Last year, Mexico’s GDP growth was 2%, having averaged a mere 1.2% since 1995, which helps explain why the left­-leaning Andrés Manuel López Obrador, or AMLO as he’s called, won by a landslide in Mexico’s presidential election in July. Yet the economy has remained stable, certainly compared with Venezuela or Brazil, and that’s been good for international spirits.

“If you want to be a big player in Latin America, you have to win in Mexico and Brazil,” says Carlos Alvarez D’Vivo, managing director of Bacardi Mexico. The firm is as much a producer as an importer, having set up a rum distillery here 85 years ago, which means “a lot of Mexican consumers consider Bacardi a Mexican brand”, he says. It has long dominated standard rums in this bottom-­heavy category, and according to Alvarez D’Vivo, only 8% of the spirit is in the premium segment in Mexico, compared with 30% for Tequila and vodka, 60% for whisky and 90% for gin. But that is a gap he is determined to plug with the recently launched Bacardi 8 Year Old, 10 Year Old and Reserva Limitada. “If we can maintain consistent communication with the consumer about these great liquids, our expectations are huge,” he says.

Jérôme Cottin-­Bizonne, CEO of Pernod Ricard Mexico and formerly head of Havana Club International, says: “Nearly all categories are premiumising, and rum is no exception.” He maintains that Havana Club 7 Year Old leads its sub­category, and says: “We’ve increased our price substantially, and we’re now called the ultimate super-­premium rum. There’s an appetite in Mexico for products of high quality that have history, craftsmanship and represent a strong terroir.” Within the overall category, Diageo claims second place with a 16% market share thanks to Captain Morgan and Zacapa, its Guatemalan rum. It was recently joined by Zacapa Ambar 12, “created to elevate classic cocktails into a luxury experience”, explains Alberto Gavazzi, president of Diageo Latin America and Caribbean.

Yet there are plenty of home­grown premium rums, not least Fraternity Spirits’ 12-year-­old El Ron Prohibido aged in a solera system. As Cottin-­Bizonne says: “There is a Mexican and Latin pride in their own spirits.” In emerging markets, the rising middle class is supposed to abandon local spirits in favour of international ones, but that dynamic doesn’t seem to work in Mexico, if you look at the boom in Tequila and mezcal, especially at the top end. Everyone mentions the craze for cristalinos, where añejo Tequila is filtered through charcoal to remove the colour. Don Julio 70 Añejo Claro, launched in 2011, is thought to be the first commercial example.

“Mexican consumers, specifically at the top end, are very integrated with the US,” says Juan Campos, managing director of Edrington Mexico. “They watch the same TV shows, the same films on Netflix and the same sport, with NFL huge in Mexico.” But, at the same time, he says consumers are “proudly Mexican” and that not all trends cross the border. “Cristalinos are only happening in Mexico,” he says. “They haven’t reached the US yet.” For Campos, it shows how Mexican consumers are really starting to move upmarket, which is why in April Edrington is taking distribution in­house and breaking its 10­ year partnership with Casa Cuervo.

The timing is also because “Mexico is now the world’s second­-largest market for Scotch that’s 12 years old and above, with only the US bigger in volume”, Campos adds. This is an area dominated by Diageo’s premium expressions of Johnnie Walker and Buchanan’s, as well as Pernod Ricard’s Chivas Regal. Recruiting those consumers to its flagship single malt, The Macallan, will not be easy for Edrington. For now, malts are a niche, with shipments of 624,000 bottles last year compared with 50.8m for bottled blends, according to the Scotch Whisky Association (SWA). The category is certainly growing, but there’s a way to go to reach US levels, where malts account for almost 30% of Scotch volumes. “Everything’s about education,” says Campos. “It’s about taking consumers by the hand, getting product to lips and telling them the story.”

Diageo has responded by launching its Singleton malts in various age statements and a Buchanan’s blended malt. For Pernod Ricard there’s The Glenlivet at one end of the whisky spectrum and Jameson Irish whiskey at the other, though the core brand remains Chivas Regal. “Mexicans are looking for diversity,” says Cottin­-Bizonne. “They’re looking for new products, new stories and new flavours.” This curiosity among consumers is what Alvarez D’Vivo hopes to tap into with the older expressions of Dewar’s. Rather than take on Diageo in the prestige, status-­driven end of the market, he wants to play to Scotch consumers who are more interested in knowledge and appreciation.

Mexico is Scotch whisky’s sixth-­biggest export market by volume, and 10th by value, according to the SWA’s shipment figures for 2017. Those figures explain why the real volume lies in the MX$160­MX$180 (US$8.30­US$9.30) price bracket, with brands such as Pernod’s Passport and Diageo’s Black & White, which claims pole position among ‘primary Scotch’. Coming up on the inside, however, is the fast­-growing William Lawson’s from Bacardi, which claims to sell around 700,000 cases in Mexico, up from just 40,000 10 years ago. Bacardi has been chasing Mexican millennials in the convenience channel, which is said to be growing by three stores a day. Its customers are being offered a package of water, ice and a bottle of William Lawson’s as a one­-stop party solution.

What really excites Alvarez D’Vivo, however, is recent data from the IWSR, which puts the growth of premium white spirits at 18%, if you include white rum and Tequila alongside vodka and gin, compared with 8% for premium dark spirits. If that trend continues, he believes the two premium categories will be neck and neck within three years. That could be good news for Bacardi, with its Grey Goose, Bombay Sapphire and, above all, Patrón Tequila, whose parent company it acquired in a deal valued at US$5.1bn in January.

Lining up on the other side is the mighty Don Julio, which Diageo gained full control of in 2015. Gavazzi says: “Don Julio has become one of the fastest­-growing brands in the category and since the acquisition, we took it from the number three Tequila brand by value in Mexico to number one.” His firm has also moved into premium mezcal, buying Pierde Almas this spring, following Pernod Ricard’s majority acquisition of Del Maguey the previous year.

The deal to buy Don Julio involved taking back distribution of Smirnoff from Casa Cuervo. The vodka, which has recently launched Smirnoff X1 Spicy Tamarind, has apparently returned to growth in Mexico, where it is distilled and bottled. Diageo is now building new facilities in the country to double its bottling capacity to more than five million bottles a year, creating what Gavazzi calls “a multi-­brand export platform”.

Higher up the vodka tree sits Grey Goose and Absolut, which “is a very strong brand in Mexico”, according to Cottin-­Bizonne. “It’s edgy and aspirational, and we’re investing behind it in a very powerful campaign.” There is also fresh NPD in the shape of recently launched Absolut Lime. Talking about gin, he says: “It’s one of the new categories that is still small in volume, but we’re seeing strong, double-­digit growth.” Beefeater claims to be outperforming the category, which is the goal of rival Bombay Sapphire, from Bacardi. Alvarez D’Vivo says it is now number two in Mexico, and his strategy is to try to maintain the momentum without discounting the price so as to protect brand equity. The same concern applies in the new world of e­-commerce, be it with Amazon or Latin America’s own Mercado-Libre, which 22% of Mexicans with a computer visited at least once a month last year.

Success in Mexico can also reap rewards in the US. Speaking of Buchanan’s, Gavazzi says: “It’s a brand that resonates with the US Hispanic consumers who want to be connected with the brands that are relevant in their original countries.” But one thing that would really help at the premium end would be to replace the ad valorem tax on spirits with a flat rate, something the industry has long campaigned for. The country’s new president takes office in December – if you’re reading this AMLO, you know what to do.