A number of brands also got creative with blended Scotch whisky Label 5 unveiling an online competition for its next street art-inspired bottle design, while Diageo-owned Bourbon Bulleit celebrated the art of tattooing in its latest Community Ink initiative.

Over the following pages, we name our top marketing campaigns launched in October 2018. 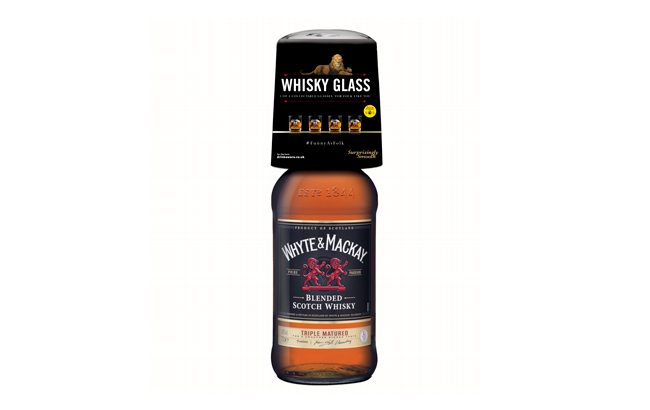 Scotch whisky maker Whyte & Mackay is giving away 120,000 whisky glasses as part of its Funny as Folk campaign.

The blended whisky brand is offering four whisky glass designs for fans to collect, each engraved with a “quippy” one-­liner.

Launched as an extension of the brand’s Funny as Folk campaign, the glasses feature lines such as ‘never brings a bottle but always takes a drink’ or ‘always appears when the whisky comes out’.

The glasses will be available with bottles of Whyte & Mackay Triple Matured Blended Scotch Whisky across the UK in Tesco, Asda, Morrisons and Co­op stores. 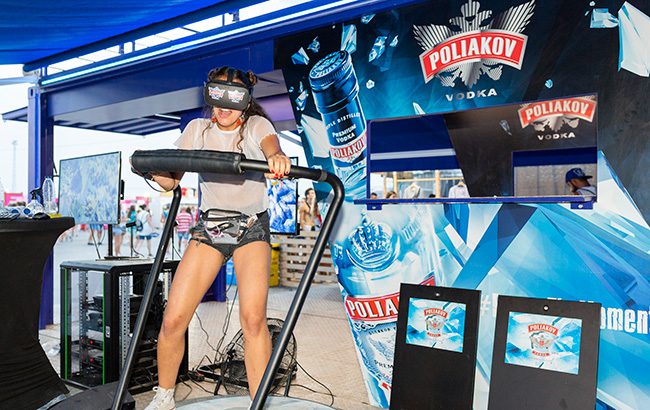 French vodka brand Poliakov has been able to connect with more than 700,000 consumers in Europe with its ‘Ice Wall’ virtual reality (VR) experience.

Over the summer, Poliakov travelled to various music festivals, including Arenal Sound and Granada Sound in Spain, and Rock Zottegem in Belgium. The two­-minute VR activation used a ‘hyper-sense’ simulator and Oculus VR glasses to take consumers on a journey exploring all emotions, including “having fun and being scared, thrilled at the same time”. 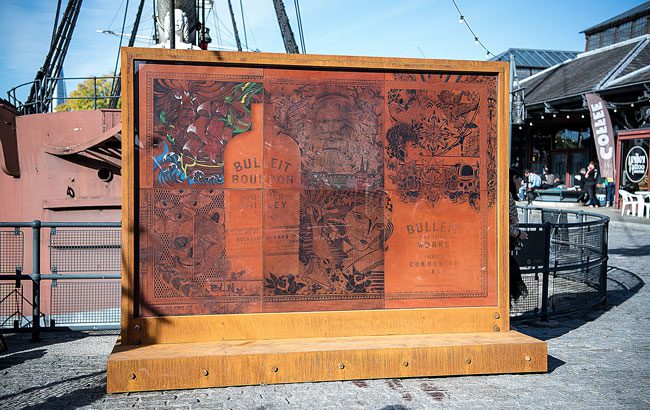 The campaign marks the first piece from Bulleit Bourbon’s Frontier Works in Europe. The platform celebrates creative individuals who are pushing the “frontier of their craft”. 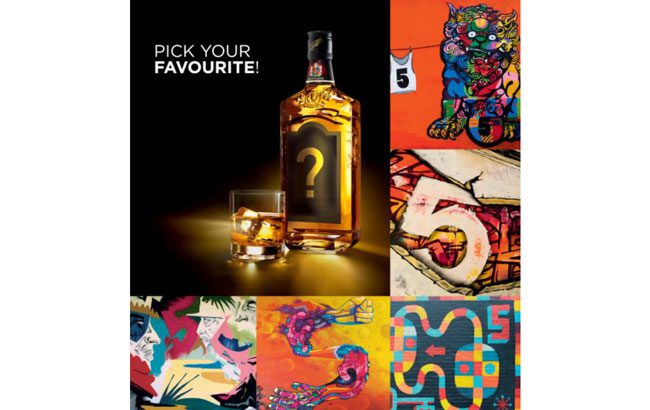 Artists including Rami Mouallem, Szabotage and Arnaud Kool created art for the tour, during which the brand travelled to London, Beirut, Brussels, Hong Kong and Mexico.

Members of the public can vote for their favourite design on the brand’s social media platforms. 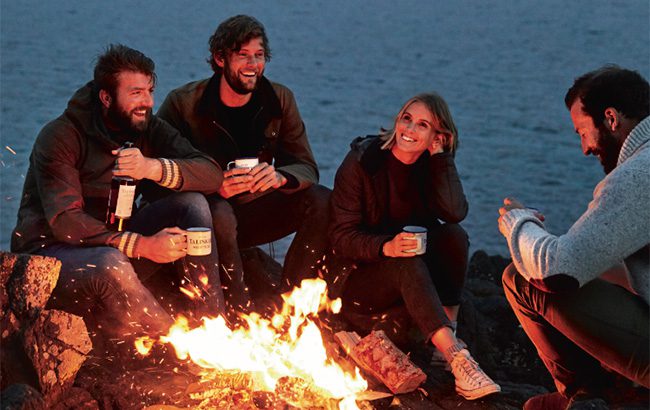 Scotch whisky brand Talisker has created a new film to celebrate elemental adventurers as part of a year-­long campaign.

Talisker’s A Wild Spirit Made by the Sea film highlights eight brand advocates and their love of the outdoors.

The film, which will be shared through paid for, social and owned media channels, opens with wild swimmer Sophie Hellyer enjoying the sea on the coast of the Isle of Skye.

It also features Ashley Watson, an off­-road motorcyclist; Katie Tunn, a wild camper and ocean advocate; and the Four Oarsmen, world record­-breakers and winners of the Talisker Whisky Atlantic Challenge. 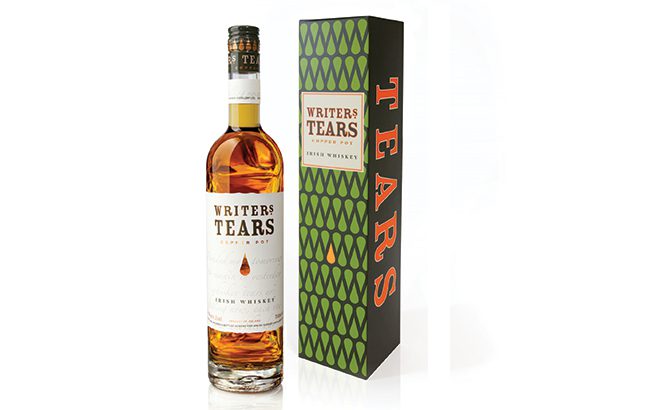 Under the deal, Writers’ Tears Copper Pot will feature in promotional spaces on WhiskyCast.com and in every episode of the WhiskyCast podcast.

Writers’ Tears has created a range of adverts that will feature in episodes of WhiskyCast. The adverts include six stings in two themes, including ‘What’s Rare is Wonderful’ and ‘Do You Dare to be Creative?’

The stings will appear before the ‘Behind The Label’ section of the podcast, which focuses on the history and the science behind whisk(e)y. 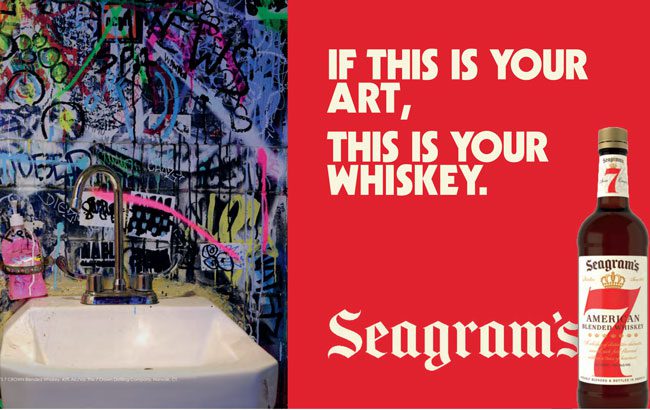 The campaign, called This is Your Whiskey, has been created to honour the “no­-frills” American dive bar, with images of jukeboxes, graffitied bathrooms and bar stools.

The campaign also features a series of videos created by cinematographer Ed David.

The launch of the campaign follows a design update for Seagram’s 7, which the brand says has helped drive growth over the past six months. 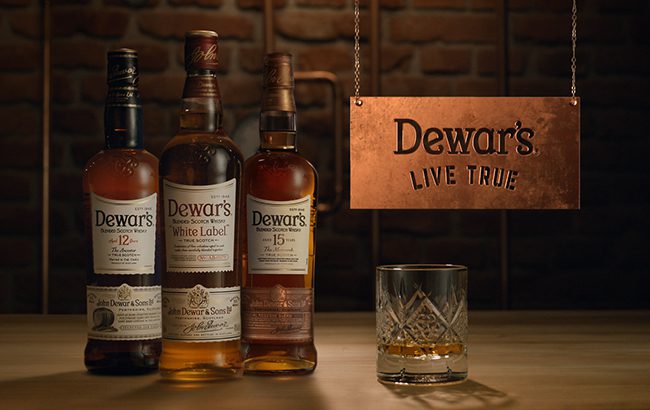 Blended Scotch brand Dewar’s has launched a US$15 million marketing push for its Live True campaign, which features a voiceover from Game of Thrones actor Iain Glen.

The campaign is inspired by the Bacardi­-owned brand’s “obsession with doing things twice to make them better” – a tribute to its double­-ageing process.

Glen tells the tale of a man named Neville Neville, who is dedicated to doing things twice.

The advert debuted in the US and will roll out in Spain and Puerto Rico, among other countries.

It will also be featured in print, digital, social and out­-of-­home advertising. 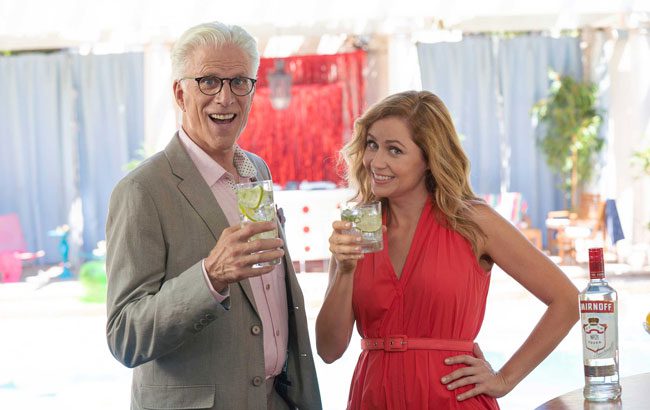 Smirnoff has expanded its Welcome to the Fun% campaign to highlight its non­-GMO credentials in a new TV spot that stars actress Jenna Fischer.

In the latest campaign video, Fischer, who starred in the US version of The Office, playfully swoops in to steal actor and Smirnoff brand partner Ted Danson’s thunder.

In the clip, Fischer announces that “Smirnoff No. 21 is now made with non-­GMO [corn]”.

As the vodka brand became certified GMO-­free in the US, Diageo unveiled a refreshed design for its Smirnoff No. 21 Vodka, giving a nod to the brand’s heritage.

The distillery partnered with beekeepers at eco-­innovation business Plan Bee as part of its efforts to “position the Kintyre peninsula at the forefront of Scotland’s food­-and-drink map”. The bees will live on site and their honey will be available to buy in spring 2019.