No-alcohol ‘spirits’ are making a big splash in the drinks industry, with a torrent of new players following in the footsteps of trailblazers. But do consumers know what they are buying into? The Spirits Business investigates. 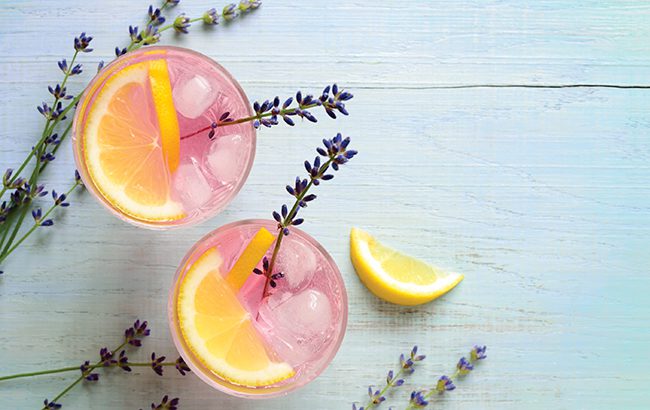 Have you ever found yourself craving a drink without any of the alcohol but the “same burn and kick in the mouth” as real liquor? Alcohol­-free ‘whisky’ brand ArKay claimed to have just the tonic for this conundrum when it launched in 2014. Made without distillation or fermentation, ArKay’s similarities to whisky were unclear, and caused confusion and irritation in the drinks trade, with the Scotch Whisky Association accusing the brand of “trying to exploit whisky’s reputation with highly irresponsible marketing”.

Since then, the alcohol­-free drinks contingent has evolved by numbers – and sophistication. The “world’s first non-­alcoholic distilled spirit”, Seedlip, spearheaded the category when it first came to market in late 2015. “The reason we exist is to try to rid the world of horrible fruity, sweet mocktails and really poor non­-alcoholic options, and present something that is positive, credible, uniquely complex and sophisticated that meets a need in people’s lives,” explains Seedlip founder Ben Branson.

In the past 18 months, a deluge of new non-alcoholic ‘spirits’ has added to the category’s offerings: Danish gin brand Herbie released a zero­-proof expression; Pernod Ricard took on the UK launch of non-­alcoholic ‘alt­-gin’ Ceder’s; the founder of Funkin released a range of no-­abv products under the Stryyk brand; Fluère Drinks introduced a Roman Empire-inspired variant – and that’s just a mere snapshot of the current landscape.

The category’s growth of late is perhaps not entirely surprising; the low-­ and no­-alcohol trend has been taking shape for some time, stoked by an increasing awareness of abstention campaigns such as Dry January. Last month, a new study published in BMC Public Health showed a distinct decline in alcohol consumption in the under­-25 demographic in England, with 29% of 16­- to 24­-year-­olds choosing not to drink alcohol in 2015 – up from 18% in 2005 – suggesting non-­drinking is becoming more mainstream.

“I can tell you, as a 45­-year-­old man I’m ‘generation pub Thursday, Friday, Saturday night’,” quips Alex Carlton, founder of Stryyk, whose existing range includes Stryyk Not Rum and Stryyk Not Gin, and is soon to be joined by Stryyk Not Vodka. “I love a drink and I love a pub – but I can see why millennials need to have more opportunity out there, to order healthier, fresher cocktails. It becomes contagious when you see people looking better, feeling better and happier – why would that not continue?”

Intrigue from the big players is usually indicative of a category’s longevity, which bodes well for Seedlip, following its investment from Diageo accelerator programme Distill Ventures, and Ceder’s, which has attracted distribution from Pernod Ricard.

“This isn’t a bubble, it’s a movement,” insists Craig Hutchison, who founded Ceder’s with his wife, Maria Sehlstrom. “Mindsets and paradigms are being shattered. There will be resistance because we’re changing how people think about alcohol, so we’ve got a bit of a battle to change mindsets, particularly in the trade. But if that happens the floodgates will open – we’re only going to see more growth in the category.”

But as any sector grows, it inevitably attracts greater scrutiny from peers and consumers. In the spirits world, transparency, provenance and heritage have all become highly sought-after qualities on which consumers base their purchasing decisions. Why, then, should non-alcoholic libations be any different?

Until now, little has been spoken about what exactly constitutes a non-­alcoholic ‘spirit’. Dig a little deeper into the marketing spiel behind every brand, and you’ll soon learn not all non-alcoholic bottlings are made equal.

“It takes us six weeks to make Seedlip,” says Branson. “We effectively use the same equipment and ingredients as our alcoholic counterpart but we use them in different ways and for different reasons.” Seedlip starts out as neutral grain spirit (NGS); each botanical is macerated in a specific style of NGS, with abv strengths and base grains differing from one ingredient to another. After maceration, each botanical is distilled twice: once to remove the alcohol through evaporation, and a second time to “bring everything else over and capture and concentrate the fantastic flavour of the plant”. That equates to 36 distillations before the distillates are blended, filtered and bottled.

Ceder’s takes a similar approach to its production, but does not distil all of the 18 botanicals used in its three expressions. While some ingredients, such as juniper, are distilled with NGS, other flavours are macerated and extracted without the introduction of alcohol. “This brand is more like a wine than a mass-produced spirit because depending on the crop of botanicals you are going to get slight changes in the product from batch to batch,” says Sehlstrom. “That’s part of the character, part of the brand.”

Other brands, such as Herbie Virgin, Stryyk and Fluère, use no alcohol at any stage of production. Fluère, for example, creates flavour through steam distillation, which extracts essential oils from the botanicals by passing steam that’s been generated in a pot still through the ingredient. When this happens, small ‘pockets’ that hold the essential oils open to release the molecules without damaging them. The vapours are then collected in the condensing recipient before being separated using a florentine separator.

But the term ‘spirit’ is defined as a “strong distilled alcoholic” liquid. By associating this word with an alcohol-­free product – even if alcohol was used at some stage of production – are consumers being duped into buying flavoured water for a premium price?

“No, we think that when you refer to spirit, it does not per se need to be alcohol,” insists Léon Meijers, CEO of Dutch VOC, creator of Fluère. “This is a completely new category. Because there is no fermentation or neutral alcohol used to distil, in this case you do not get alcohol after the distillation but only essential oils. This process is more difficult than it seems, and produces an advanced product that in the right composition is a worthy alternative to regular alcoholic products.”

Though Stryyk’s Carlton is reluctant to disclose full details about how his products are made because of the swelling competition within the category, he does say the mix of ingredients and distillation create not just flavour but also a “thicker mouthfeel”, much like you’d get with an alcoholic spirit. “The effect is remarkable,” he says. “Essentially, we’re working with botanicals and distillates, and creating beautiful blends using premium-quality ingredients and copper pot-­type processes. Everything we do mimics how alcohol is made with abv.”

It seems inexorable that consumer intrigue in this new­found category will continue to grow – as will the rate of new players entering the arena. As with any other drinks category, quality will be paramount for non­-alcoholic spirits to succeed, something that troubles Seedlip’s Branson. “We are both very proud and understandably protective over the category we have created, as well as the two years of research and development that went into creating a bespoke production process,” Branson says. “There have been more than 30 products launched into this space in the past six months, and it is clear that many are not using real ingredients, copper pot distillation or NGS, and are simply jumping on the bandwagon. This is of great concern.”

For some, such as Ceder’s, an industry body to oversee the category and create a level of trust and integrity is vital to its future prosperity, and will do much to ensure quality and clarity. “An industry body is 100% necessary; we fully welcome it,” enthuses Craig Hutchison. “We’ve got challenges the alcohol industry doesn’t have, and consumers have a right to know exactly how non-­alcoholic products are made.”

Though opinions differ on what makes a non-alcoholic spirit – and how to make a non-alcoholic spirit – there is one view that can be widely agreed upon: radical shifts in drinking behaviours are seeping into every part of the industry, affecting decades-­old habits on a global level. With Dry January approaching, non­-alcoholic ‘spirits’ will have another opportunity to showcase the best the category has to offer. As Branson concludes: “This movement can have a great future, but only if people uphold the standards, craftsmanship and authenticity required to truly build a category of credible options.”