How e-commerce is changing the spirits industry

With the internet now an integral part of consumers’ lives, drinks groups are determined to use e-commerce and home deliveries to retain mindshare. The Spirits Business explores the growing channel. 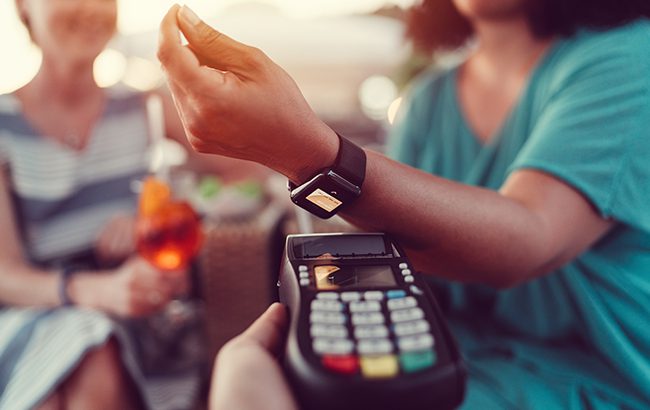 It was Valentine’s Day 2006 when chip-and­-pin debit and credit cards became compulsory in shops throughout the UK. The advent of the new technology signified a monumental shift in purchasing behaviours, and caused lengthy debates about security and fears of forgotten pass-codes – but also excitement at how much more efficient shopping could become. Today, Mastercard claims chip and pin is used in more than 80 countries.

Digitalisation has infiltrated almost every aspect of our lives, and the development of digital payments and the e-­commerce industry has grown at an astounding rate. Contactless payments have become the norm, made even easier with the increased sophistication of phones and watches.

But alcohol e­-commerce has been slower to catch on compared with some of these other industries – though times are changing.

Online alcohol sales in the US topped US$1.7 billion in 2017, according to a report by Rabobank published earlier this year, which urged alcohol brands to “aggressively pursue strategies” to optimise e­-commerce growth. Analysts asserted that the growth in online channels was “dwarfing that in brick-and-­mortar” retail. The report revealed on-demand delivery apps generated more than US$100m in annual sales in 2017 – up from zero in 2013.

One of the biggest success stories to emerge, and a key driver of the alcohol e-­commerce industry, is online beer, wine and spirits delivery service Drizly. Launched in 2013, Drizly was the brainchild of Nick Rellas, Justin Robinson and Spencer Frazier. Two years later, the company rebranded to emulate a user experience akin to Amazon, Netflix and Spotify.

“Estimates are that alcohol e­-commerce in the US will continue to grow in the 30%-­40% range year on year for the next five years, which would scale the market to about US$6bn­-US$9bn by 2023,” says Robinson, senior vice­-president of new business. In May 2015 Johnnie Walker owner Diageo invested in the expanding empire – and when the world’s largest spirits producer backs your business plan, it speaks volumes about its potential.

Still, booze has a fair bit of catching up to do compared with other industries that capitalised on e­-commerce sales at a much earlier stage. Has the spirits world done enough to remain competitive online?

“The spirits industry is in its infancy with regards to e­-commerce, mostly thanks to consumer awareness and mindset,” explains Robinson. “It’s not yet second nature to go online to buy alcohol. As was the case with categories that offered e-­commerce earlier on, there is an opportunity for the spirits industry to think e­-commerce first and integrate it into everything it does, rather than segmenting it by teams or specific projects.”

Specialised alcohol-­delivery services such as Drizly are not the only ones making moves when it comes to selling alcohol over the internet. Online retail powerhouse Amazon has also cottoned on to the potential for development in this field. In 2015, it started offering one-­hour delivery of alcoholic beverages in the US through its Prime Now mobile application. Uber Eats is one of the most recent home-­delivery services to expand into alcohol – and drinks giants are starting to realise that consumer spending habits are changing.

“Today, we are above and accelerating our growth rate across the 60 markets that are selling our products online. In terms of geographies, the key markets remain China, the US, France and the UK.” E­-commerce now represents around 10% of Pernod’s business in China and 7% in the UK.

One of the most recent firms to move into the online alcohol­-delivery space is Boxed, described as the “Costco for millennials”. The wholesale mobile-­shopping app expanded its offering to include bulk spirits delivery in July this year, making a range of spirits available to US customers in California and Massachusetts.

The US is one of the most complex markets for buying and selling alcohol, given its three-­tier system. But does this create greater barriers for breaking into the online industry? “It is certainly complicated, especially when you’re committed to doing the right thing,” says Chieh Huang, Boxed CEO. “The hardest part is making sure you’re working with the right retail partners who make great decisions about assortment and pricing. We’re fortunate to be finding them. The overall good news has been that the industry believes online will be a driving force for their business, no matter which tier you are in the system.”

Competition for market share is fierce, but will online sales replace in-­store purchasing? Gemma Cooper, commercial business partner at Nielsen, believes e­-commerce doesn’t have to cannibalise brick and mortar sales. “Eighty-five percent of those who shop online are occasional shoppers, and it’s this group who spends the most and shops the most often,” she explains. “These occasional shoppers are key to growing alcohol sales online. Convenience is a key motivator for people who shop online because they can shop when they like, see a running total of their order and complete their shop quicker than they would in a store.”

With the growing presence of voice-activated at-­home assistants, such as Amazon Echo and Google Home, it is imperative that brands make their products available to consumers at the quickest and easiest convenience. The big players have already identified opportunities in this new space. Last year, Pernod Ricard developed a cocktail-making voice-­activated skill in partnership with Amazon to profit from the increasing interest in at-­home entertainment. Diageo followed suit soon afterwards with a similar skill of its own.

For online spirits specialists, such as Master of Malt, adapting to consumer need is crucial. And now that traditional retailers are moving online and online retailers moving into spirits, it’s more competitive than ever. “If you’re not online now, you’re already struggling,” cautions Kristiane Sherry, editor of Master of Malt. “We spend so much of our lives online; that’s where retailers need to be to meet consumers.”