Africa and Middle East bars to visit in 2019

The Africa and Middle East region has been transformed in recent years by an emerging middle class and growth in tourism, boosting the bar scene in turn. By James Lawrence.

If one were to imagine the most likely destination for a thriving bar and hospitality scene, the UAE might, to put it mildly, not come near the top of the list. Yet according to the Wine & Spirit Education Trust, a record number of students are enrolling on its programmes in the region, while leading hotel chain Jumeirah has started running courses in-­house for staff.

Moreover, new openings are no longer confined to expat communities and five­-star hotels – from Tel Aviv to Dubai, from Beirut to Abu Dhabi, local entrepreneurs and foreign investors are continuing to inject cash, savoir faire and excitement into the Middle East’s bar scene. It’s a similar story in neighbouring Africa. Traditionally, even major tourist destination South Africa has lacked a solid middle ground, with the bar scene in Johannesburg, to cite one example, rigidly divided between expensive, luxury hotel appendages and rustic watering holes.

However, pioneers such as Roman Slepica are continuing to bring sophistication to the city’s mixology scene – his project Blind Tiger started the welcome trend and Johannesburg now offers a number of neighbourhood cocktail lounges that don’t feel like tourist traps. Meanwhile, rival city Cape Town is on an unstoppable march and now boasts a dramatically different bar scene compared to a few years ago.

Visitors to modern-­day Nairobi, Accra and Lagos may also be surprised by what they encounter. Residents and tourists alike used to complain their options were limited to the number of fingers on one hand. Today, the dilemma is where to start.

Click through the following pages to discover Africa and Middle East’s bars to watch in 2019.

Not to be missed: The Piano Bar – Cape Town, South Africa 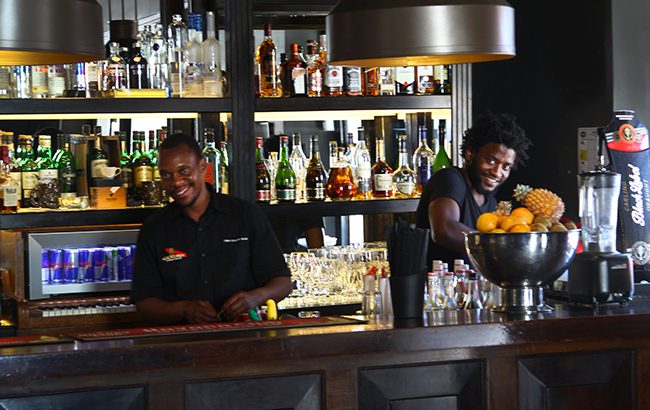 In little more than 10 years, Cape Town has transformed itself from a city that barely had any good cocktail bars (outside of the luxury hotels) into an attractive destination for both South Africans and tourists searching for top­flight mixology and nightlife. An explosion of investment, combined with younger, globalised talent, has encouraged the proliferation of many successful new ventures that wouldn’t look out of place in New York’s West Village.

At the forefront of this revolution has been The Piano Bar. When it opened some years ago, it did so with the aim of “giving a stage to up­-and-­coming ‘mother city’ artists who play easy­-listening music, and to also create an unpretentious and laid-­back environment that’s open to everyone”, says co­-owner Richard Rubenstein.

Even teetotallers love The Piano Bar, which regularly hosts the best of Cape Town’s established and raw talent. A recent performance invoked Ella Fitzgerald’s famous observation that: “Music is the universal language… it brings people closer together.” After visiting The Piano Bar, I would agree.

The Piano Bar has been named our overall Africa and Middle East bar to watch in 2019. 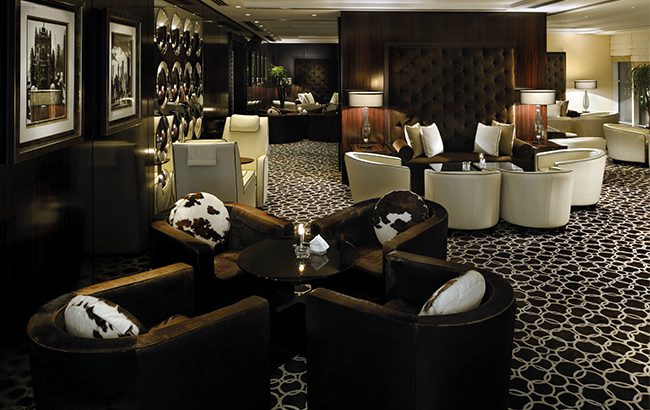 Dubai still has a long journey before it can rival London and New York in the nightlife stakes, but sophisticated establishments such as Bar 44 are helping the city to compete with the world’s best. There are no prizes for guessing which floor of Dubai’s Grosvenor House Hotel Bar 44 is located on, but you may be surprised by the quality of the overall package.

Incredible views of the ever­-developing skyline are complemented by the classy décor – think low­-key retro with leather bucket chairs, tufted banquettes, and a spectacular circular bar.

Every touch, from the subdued candlelight and plush furnishings to the in-­house pianist tinkling the ivories, has been perfectly pitched. Service is exemplary, super quick and ultra-­efficient. But most importantly, the cocktails always hit the mark.

The Exchange Bar at The Sarova Stanley Hotel – Nairobi, Kenya 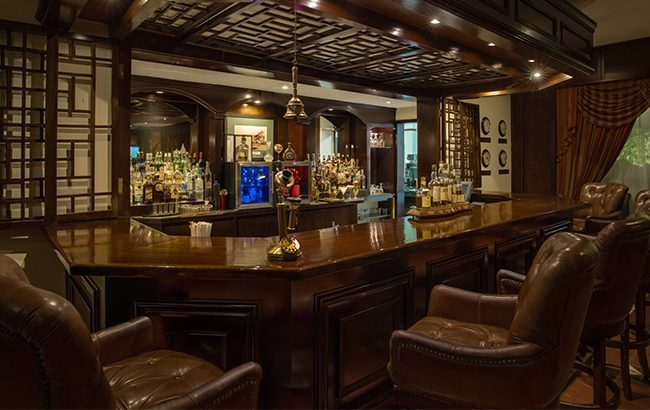 It has been repeatedly condemned for its high crime rate – locals refer to it as ‘Nairobbery’ – but there’s no denying the energy and allure of Kenya’s capital city. It is one of Africa’s richest cities, and as such supports a diverse and colourful nightlife, while the authorities continue to make Nairobi safer. High flyers and discerning barflies gather nightly at The Exchange Bar, where the Nairobi stock exchange operated for 37 years after its official launch in 1954.

Today you’ll encounter a refined ambiance reminiscent of an Agatha Christie novel, while the service, always a gamble in Nairobi, is perfectly judged – attentive without being intrusive. Cocktails are also first rate and the relaxed, gentle vibe offers a welcome respite from the heat and madness of Africa’s most frenetic city. Try the Banana Daiquiri. 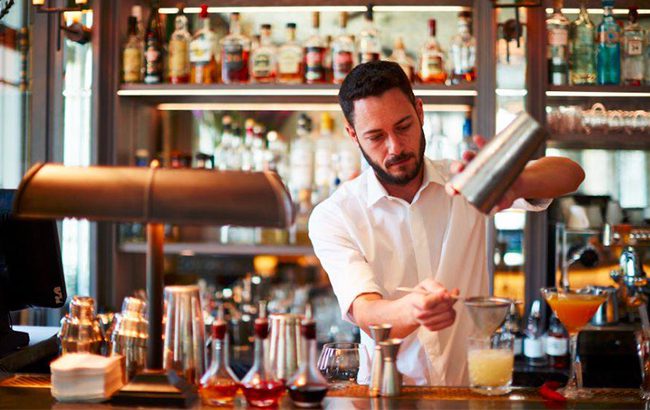 As a rule, hotel bars in Tel Aviv are typically second-­rate affairs. However, the Library Bar is a welcome exception. Head bartender Noy Davidai is undoubtedly the city’s finest mixologist – his carefully curated list favours only premium spirits, liqueurs and homemade infusions. The décor is reassuringly plush, while excellent cocktails are delivered by well­-trained and effortlessly charming staff. Meanwhile, gastronomes will love the cuisine at Alena, quite possibly Tel Aviv’s best restaurant. 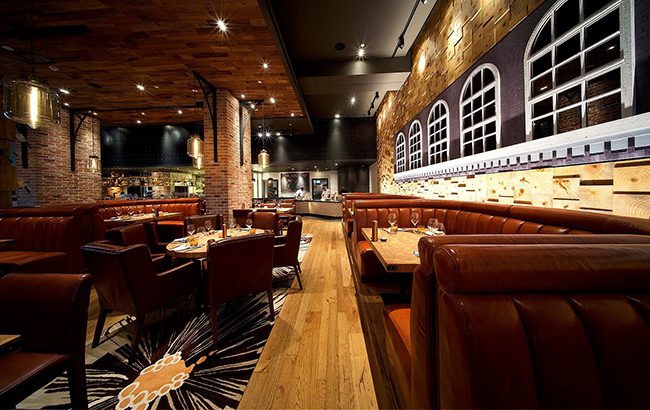 The Hide represents everything that is great about hospitality in Dubai. Housed in the Madinat Jumeirah hotel, every member of the bar’s staff has the opportunity to enrol on WSET courses, delivered in-­house by qualified instructors. This will ensure that The Hide’s impeccable standards of service can only improve, while its pre-­Prohibition cocktails remain the best in the UAE.

The emphasis remains on bespoke infusions and barrel ageing, intended to modernise drinks from the late 1800s to the 1950s. The bar also makes its own bitters and syrups, aggressively eschewing the fad of adding everything but the kitchen sink to a cocktail. So, despite considerable competition, The Hide still manages to come out on top. 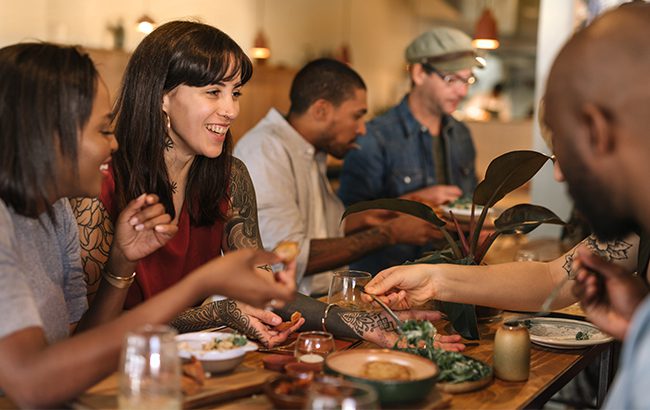 Another strong contender for Cape Town’s best bar award, The Botanical Bar is bang on trend. Its bitters, cocktails and food proudly incorporate the wide diversity of indigenous flora that this stunning country has to offer – from the aromatic fynbos of the Cederberg to the shrublands of the Karoo region and the lush forests of the Kwazulu coast.

Indeed, the bar’s ‘flavour library’ reflects the bounty of South Africa’s plant kingdom. The cocktails are, in every sense of the word, naturally excellent, while the food offering also incorporates local botanicals and is utterly delicious.