Forget what you’ve been told about vodka being bland and boring. The spirit is in fine shape thanks to producers from around the world skilfully making expressions with flavour and balance. 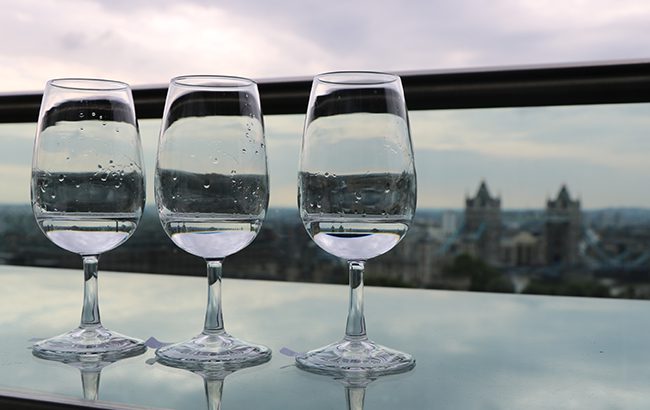 The unique styles and flavours of vodka often go unnoticed by self-­proclaimed spirits connoisseurs. Consumers and industry influencers alike have labelled the category as boring and one-dimensional, steadfast in their belief that it lacks character, craftsmanship and story. Of course, there’s no smoke without fire and many would argue that vodka’s unfavourable reputation followed years of thoughtless mass­-made spirit that took its popularity for granted.

But 2018 is a markedly different time for vodka. While wacky confectionary flavours may have had their day in the sun, drinkers are approaching vodka with a more discerning attitude, their interest piqued by fellow white spirits gin and Tequila. Neutrality still has its place in the category – and it certainly takes skill to produce clean, fresh and odour­-free vodka – but, increasingly, spirits fans are looking for unique and flavourful qualities that allow them to connect with brands on a deeper level.

Each year, The Spirits Business gathers a group of expert judges to assess the state of the category in a blind tasting – a fascinating exercise that allows objective analysis of a sector laden with marketing messages. Two panels of tasters gathered at Savage Garden on the 12th floor of DoubleTree by Hilton in London to take on the task.

The first team was chaired by SB deputy editor Melita Kiely and consisted of: Ben Lindsay, editor at the Global Vodka Alliance (GVA); Henry Hutton, director at Garnish Communications; and Nicola Thomson, director of Fifteen71. The day’s proceedings got off to an excellent start, with one Master medal awarded to Kosmos Vodka in the Standard flight, which shone a light on value vodkas. The vodka was praised for its “lovely lilac notes” and “good balance”. Overall, judges believed it was “very impressive” for its price bracket – at less than £10.

Continuing to assess the entrants by price, my panel shared a selection of Premium vodkas with Kiely’s team. I chaired the second judging group, which consisted of: Antony Moss, director of strategic planning at the WSET; Nik Koster, director at the GVA; and Dmitry Mishin, general manager at Honest Burgers. In the round, four Golds were awarded to: “delicate, sweet” Russian Standard Vodka Original; “clear, saline” Bulbash Flax; “savoury, grainy” Polar Ice Arctic Extreme; and “creamy, wheaty” Żubrówka Biala. A further six Silvers were also awarded in the flight.

Inching up the pricing ladder and into Super Premium, another Master-­worthy entrant was discovered: White Keys Vodka. Moss said the expression reminded him of shochu, with its earthy and smooth profile. As Koster noted: “It’s got plenty going on, but as much as you’d want for a vodka. It’s a beautiful spirit.” Gold medals were also given to Sash & Fritz – The German Vodka, Russian Standard Vodka Platinum and Standing Stones, which judges deemed “warm but sweet” and “very well rounded”. 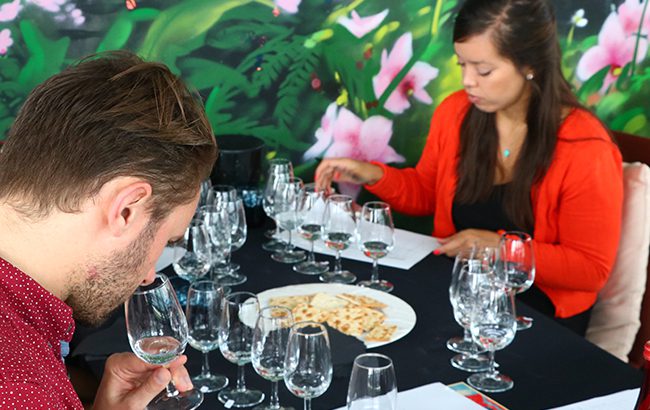 At the top end of the pricing spectrum, the competition’s Master accolade was also given to Renaissance Vodka, said to have a “lovely viscosity” and “creamy nutmeg” flavour. Lindsay added: “This vodka took you on a journey through several distinct flavours, but they all balanced really well. This is a really well thought through product.” Eight Golds and three Silvers followed. In particular, judges enjoyed the “layered complexity” of Purity Vodka 17 and praised Chapel Down Chardonnay Vodka as a “forward-­thinking vodka with a lot of complexity”.

Of the flight as a whole, Moss said: “The diversity really struck me. A lot of the vodkas were very clean and correct to category expression, but others were very bold examples of their base ingredients.”

In the Organic round, where only certified organic vodkas were assessed, three expressions from Pur Organic Products bagged Gold, as did two from Purity Vodka and one from Atlantic Distillery, which Moss said had a “linear palate” and “grainy texture”. Three Silvers were also awarded in the round, which Lindsay called the “most varied” of the day so far. He added: “If you’re going to include ‘organic’ as part of your branding you need to communicate that by the way it tastes – you need to show why you’ve done what you’ve done.”

The Master standard resumed in the Microdistillery flight, with Eaglesburn Distillery’s Just Another Vodka walking away with the top accolade. Described as “complex and distinct”, the expression won high praise from Kiely’s panel, which also awarded three Golds and three Silvers in the round. Hutton said: “There was no burn or poor alcohol in any of these vodkas – they were all great quality, every single one. If you’re looking for something different, microdistillery is place to go to.” As the craft spirits boom continues, such high praise is testament to the belief that quality persists, despite industry saturation.

Next up came a sizeable Smooth flight, where the texture of each entrant came under the scrutiny of the judges, who were looking for a creamy, full and soft mouthfeel devoid of alcoholic burn. The round proved to be one of the strongest of the day, with two Masters, four Golds and four Silvers awarded. The two top scorers were OPM Vodka and London High Vodka, both entered by Omsons Marketing. “There was flavour in there without being any less smooth. Nothing was sacrificed,” Koster said of the first expression. Mishin said the latter vodka was “really nicely balanced; it developed into something gentle and mellow”. Both Master winners “ultimately showed that you can have some aromatic character but still keep it smooth”, added Moss. 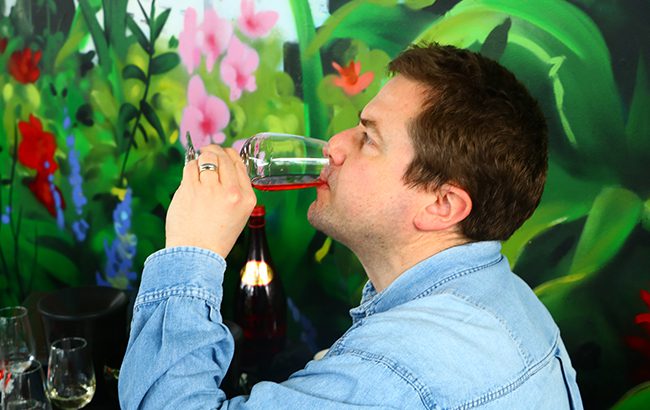 In a diminutive Oak Aged flight, Talis Vodka was deemed to have “lots of vanilla aromas”, a flavour of “digestive biscuits” and a “pepper” finish, winning a Gold medal. The panels then turned their attention to a new aspect of The Vodka Masters – entries segmented by base ingredient. As consumers become increasingly knowledgeable and demand greater transparency than ever before, a growing number of brands are speaking about their base ingredient and how it affects their final flavour. The next three rounds saw judges scrutinise such claims, starting with Corn, where Smirnoff No. 21 Vodka won Silver for its “natural sweetness”.

In the Fruit contingent, grape-­based Chapel Down Chardonnay Vodka secured Gold after winning praise for its “beautiful nose” and “well­-rounded character”. Three Golds followed in the Wheat flight, all bestowed on expressions from Swedish vodka brand Purity. “These were all open, fluffy and easy-drinking,” observed Moss. “The texture of all of them was great.”

The competition progressed to vodkas divided by region. While spirits trends are becoming more globalised and brands are experimenting with new production techniques and flavours, different regions offer unique interpretations of the category.

Judges were heartened to discover high quality in the more traditional Russia segment of the vodka category. In addition to four Silvers, two Golds were awarded to “earthy and saline” Russian Standard Gold and “salty and hot” Russian Speech Premium. “Russia is stylistically consistent when it comes to vodka and this shone through in this round,” said Koster. “It’s certainly a reliable style.”

Ramsbury Vodka swiped the Master title in the Europe focus, which judges agreed was a “very impressive” flight. Thomson said of the medal winner: “This had chewy caramel and spiced ginger ripping right through it. A stunning vodka.” Purity Vodka, meanwhile, secured three Golds.

The Swedish brand’s success didn’t stop there – it accelerated in the next round: Scandinavia. Purity Vodka 17 swiped the Master accolade for what Moss described as its “textural sumptuousness”. Koster added: “This is a really lovely vodka and would be delicious on its own with some bread.” Two other Purity expressions – 51 and 34 – won Gold and Silver respectively in the flight, while Gustav Arctic Vodka and Koskenkorva Vodka Original also won Gold.

CREATING THEIR OWN STYLES

To finish the regional section of the competition, Kiely’s team assessed a flight of Rest of the World vodkas, awarding three Golds and one Silver. The Gold accolades went to “grassy and citrus­-centred” Spiritual Exceptional New Zealand Vodka, “interesting and bold” Pur Vodka, and “spicy and well balanced” Archie Rose Original Vodka. “These vodkas are not trying to be any other category,” observed Kiely. “They’re not trying to be typically Russian or European – they are creating their own styles and are doing it really well.”

At the end of the day, judges opened their minds to tackle what has in recent times become a somewhat maligned category: Flavoured Vodka. And they were certainly cheered by what they discovered. The round saw the greatest number of Master medals of the day – three in total – as well as five Golds and seven Silvers.

Smirnoff Peppermint Twist walked away with the top accolade after impressing with its “fresh Polo Mints taste”. Master winner Koskenkorva Sauna Barrel was deemed to have a “sweet and soft finish of vanilla”. Kiely said: “This is a really clever construction of barrel-­aged vodka – it balances the wood with the vodka. The cask isn’t dominant; it complements the liquid beautifully.”

The final Master medal of the day went to Gustav Dill Vodka, which my panel agreed would be delicious in a Martini. We were impressed by the unmistakable herbal character of the product and said that we would like to see more savoury flavour experimentation in vodka. “It’s a great way to approach flavoured vodka,” said Koster.

Overall, judges on both panels agreed that The Vodka Masters has never seen greater quality or diversity among its entrants. Kiely said: “The medals we have given during the course of this competition are testament to the fact that vodka is by no means boring – the category is alive and well, and the efforts from producers to create interesting flavours and textures is heartening to see. They are showing real skill in expanding what vodka can be, while staying true to the category essentials. I, for one, look forward to seeing where vodka goes in the future.”

Click through to the following page for the complete list of medal winners from The Vodka Masters 2018.