Once seen as fusty tipples stuck in tradition, mixology and the rise of the Spritz have allowed vermouths and other Italian spirits to find their place in the modern drinks industry. 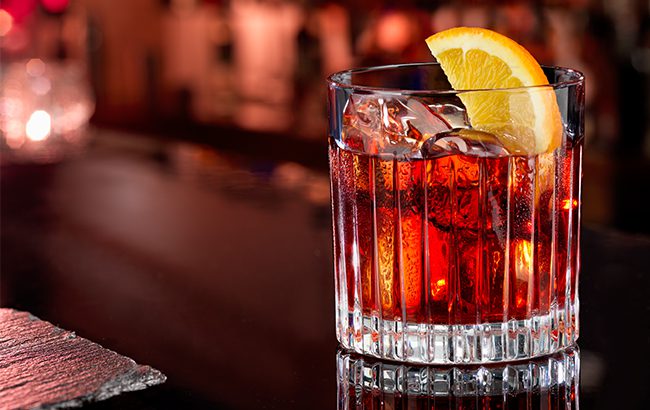 It’s a rare thing for a country’s drinks scene to become synonymous with one flavour, but in Italy there’s no denying the prevalence of bitter. In the not­-too­-distant past, products such as Fernet­-Branca, Cinzano and Averna were viewed, however unfairly, as somewhat past their prime – outdated, boring, not versatile. Now, bitter spirits are not only back in the good graces of their Motherland, but they are also finding fame on the world stage.

Most notably, the international spirits scene has been tinged by a bright orange wave, and the stain appears irremovable. In addition to a growing appreciation of bitter drinks in key cocktail markets, Aperol has benefited immensely from trends relating to lower-­alcohol serves, al fresco dining and sparkling beverages.

In 2017, the brand’s volume sales shot up by 17.6% to four million cases, and Andrea Neri, Campari Group’s managing director of Italian icons, believes there are plenty more opportunities to target consumers “who look at the Italian lifestyle as a model for carefree sophistication, quality and taste”.

He says: “Not only is it holding its dominant position, Aperol is also the fastest­-growing priority brand in our portfolio, growing consistently in all the markets in which we are established or just now paving the way for its success.” The brand’s top markets are Italy, Germany, France, the US and Austria, with positive performances in the UK, Spain, Greece, Canada, Brazil and Australia.

“The Italian way of drinking reaches its greatest expression in the aperitivo moment, which is for us a very successful consumption model that we are exporting over the world with our Italian apéritif offer: Aperol, Campari and Cinzano,” Neri adds.

It’s likely that Aperol has also been boosted by the boom in Prosecco, a key ingredient in its signature Spritz. The serve has been central to Aperol’s marketing messages over the past five years and has come to epitomise aperitivo occasions. But is the brand limiting its usability by relying on the popularity of a single drink?

Neri says that while Aperol will seek to “deseasonalise” its positioning, the Spritz is rooted into the core of its global image. “We see a great opportunity to build the brand in a consistent manner, and coherently at a global level, through a proven growth model, which has at its heart the Aperol Spritz,” he explains. “Aperol Spritz is the drink that best embodies the brand values and it is the central focus for our drinking strategy to boost the brand’s global growth and achieve amazing success among consumers.” 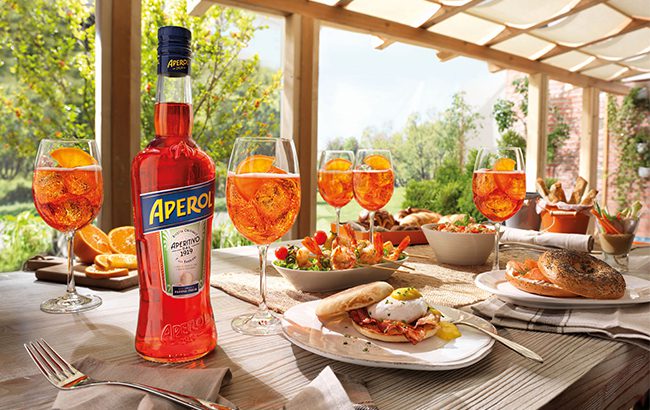 But with so many ‘Italian icon’ brands playing in similar spaces, how does Campari Group avoid cannibalisation? According to Neri, portfolio stars Aperol and Campari are complementary “cousins” rather than sparring sisters, each with its own “personality, look and character”.

He identifies Aperol as suited to “light­hearted, informal social occasions”, while Campari has a “stronger taste profile” suited to a “wider range of drinks”, such as the Negroni, Boulevardier or Americano. Campari and soda may have been popular in the ’70s and ’80s, but the cocktail scene is its domain now.

“Aperol’s consumers can also be Campari lovers, just shifting from the one brand to the other on different occasions,” Neri expands. “Aperol is also perceived as sweeter compared with Campari, which can make it a great entry­-level product among bitter apéritifs for those consumers whose palates are not yet ready for a more bitter flavour, but are perfectly willing to familiarise themselves with the category.”

Bacardi­-owned Martini vermouth is seeking to shed a one-dimensional association with its namesake classic cocktail to position itself as an easy­-drinking aperitivo. The brand is advocating its use in a Spritz, as well as the Negroni and Americano for its Riserva Speciale line, which launched in 2015 with Rubino and Ambrato. The Vermouth di Torino expressions are said to honour the traditional methods used by the first Martini master herbalists. Last year, Martini extended the Riserva stable with the launch of a bitter designed to complement its vermouths in a Negroni.

“We are very much encouraging bartenders to experiment with our range and create their own signature serves,” says Nick Stringer, global vice-president, Martini. “We created our latest range, the Riserva Speciale collection, with bartenders in mind. Our aim was to create a range for bartenders that would focus on the best quality ingredients, bringing back some original recipes with a modern twist.”

According to Stringer, Martini’s “consistent messaging” and “fresh approach to innovation” has made the brand “relevant to the bar trade and consumers again”. He adds: “We don’t want to innovate for the sake of it so we work closely with our bartenders to make sure we get it right and are giving them what they are asking for.”

Campari is another case in point: just last month, the brand launched an iteration of its namesake bitter finished in Bourbon barrels. 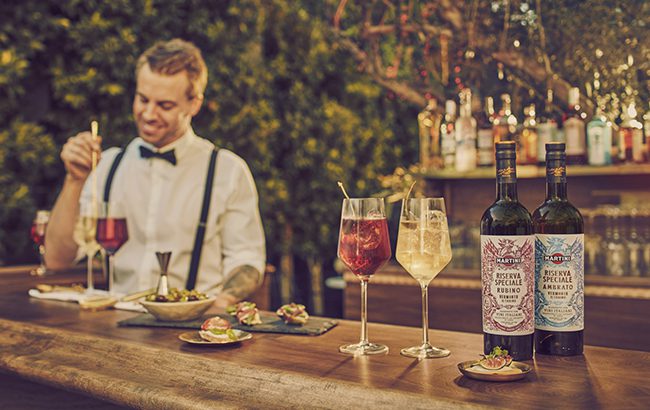 Flavour profiles across the spectrum of Italian spirit are distinctive and bold. As such, it can be a challenge for some brands to showcase mixability. Sambuca maker Molinari set about aligning itself with the modern cocktail world a number of years ago, working in collaboration with mixologists, trade events and even TV bar-­talent shows.

Mario Molinari, chief operating officer, said of targeting opportunities in the cocktail market: “It has always been a big challenge because the sweetness and the aniseed taste of Molinari don’t seem to be easily mixable, but this is also the reason why bartenders have approached all our initiatives with high interest.

“We’ve achieved surprising results for the category, which traditionally has not been used in mixology. It is a way for us to get close to the bartending community and share our tradition and quality with them.”

Among the signature serves the brand is promoting is: Molinari with crushed ice; Molinari La Mosca, served neat with three coffee beans; the Molijito long drink, made with Molinari, mint leaves, lime and soda; and the traditional Molinari corretto, which is espresso with splash of Molinari. Mario Molinari says that while the core Molinari Extra expression will remain the brand’s “bread and butter”, line extensions could be added.

Bottega may be best known for its Prosecco, but spirits are becoming increasingly important to the business, which produces grappa, liqueurs, vodka, cachaça, gin and now vermouth. Spirits account for 20% of Bottega’s turnover and experienced double-digit growth over the past three years.

The group is experimenting with new styles of spirit, releasing vegan cream liqueur Crema di Pistacchio in 2016 and a pair of terroir-focused vermouths the following year. While most vermouths use neutral grape spirit as their base, Bottega Rosso and Bottega Bianco are created using grapes local to the group’s HQ in Veneto. The red expression is distilled from Merlot and the white from Pinot Grigio, with both grape varieties hailing from DOC Venezia.

If there’s anything Italy does well, it’s fashion, and the nation’s spirits producers have managed to propel local trends to a truly global level.