Can the gin market keep on growing?

Gin has become a runaway success, with a seemingly endless stream of new brands. But has the innovation that reinvigorated the category gone too far, and will the bubble burst? Claire Dodd reports on a sector that has reached a turning point. 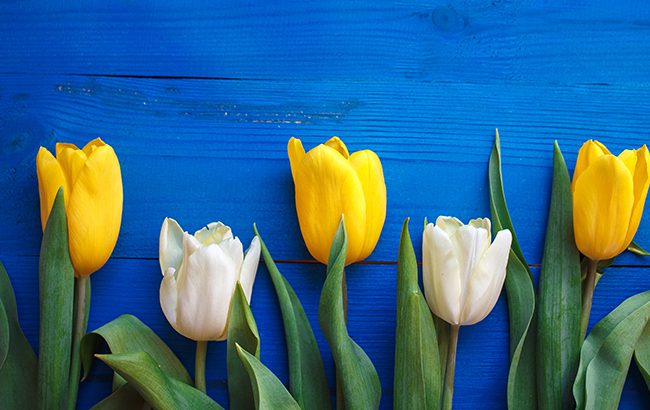 What do you get if you blast juniper, coriander, camomile flowers and a chunk of meteorite into near space and then distil the ingredients back on Earth? A gin, of course. And what about if you distil whey and add a bundle of Irish woodruff? Or Cornish clotted cream? Still gin. How about if you distil an Asian flowering legume called the butterfly pea? Well, then the result is a colour-changing gin. If you add tonic, that is.

The point is that the gin market is ever-­widening, ever-­innovating and ever­-changing in terms of the liquid available, the regions that are producing it, and the consumers it is targeting. And wherever there is rapid expansion in a category, there are those who prophesise its demise. So the question is: can the gin market keep on growing?

The UK is a long­standing barometer of gin trends, so its performance is particularly telling. Total gin sales reached £1.5 billion (US$2bn) in the 12 months to March 2018, according to the Wine and Spirit Trade Association (WSTA). Sales were up by an enormous 33% in value and by 28% in volume. There are now 315 distilleries in the UK – more than double the number operating five years ago.

“The gin industry is certainly booming – a new gin pops up almost daily, and 42 new gin distilleries opened in the UK in 2017 alone,” says Annalisa Tedeschi, head of Gordon’s Gin in Europe.

Within this pool of new brands, many would be described as idiosyncratic – wacky, even. Adam Wyartt, global brand manager for That Boutique­-y Gin Company, makes no apologies for the experimental nature of its portfolio. Having launched in February 2017 with 11 gins and a mission to bottle expressions from the world’s best “brands and minds”, it now has a 35-­strong stable. That includes Moonshot Gin, made solely with botanicals that have been sent to near space, and a Christmas gin that uses an entire gingerbread house as one of its ingredients. “We believe there’s an overarching demand for different,” says Wyartt. “There are arguments to say we’re being a little bit challenging to the category, and I think we’d agree with that. We want to be known as an unconventional powerhouse of gin creativity.”

He adds: “There’s a benefit for a category in having breadth. The beauty of gin is that it has avoided those confusing terms. It has remained accessible both in its descriptions and flavour profile, which has stood very much in its favour.”

Eric Sampers agrees and says gin is succeeding, crucially, by reaching new consumers around the globe who are looking for playful products. Sampers is global brand director at Chivas Brothers’ Gin Hub, which looks after the Beefeater, Plymouth, and Seagram’s (outside of the US) brands. Launched in July 2017, the hub was formed to help Chivas’s classic gin brands become more nimble and experimental. Millennial-­focused products under the Beefeater brand are scheduled for launch in around a year’s time. And for Plymouth, it has identified a more discerning, craft-­loving consumer group.

“Our main mission is to change our performance in the gin category,” says Sampers. “Innovation is something we have to get even better at, and we need to be launching products quite regularly because innovation is one of the drivers of the category and is what makes it exciting for consumers. The more we give consumers the ability to play with the category, the more excited they get. It’s very sophisticated, but unpretentious when you compare it with other spirits.”

In this pursuit for playful connection, several movements are emerging. Pink – an accessible flavour trend that has a real visual impact – is showing no signs of slowing down. Gordon’s, Beefeater, Pinkster, Edinburgh Gin, Burleighs and, most recently, Malfy, are operating in this space. Malfy Rosa Gin, launched last month, uses pink grapefruit peel for its hue rather than berry fruits. Could purple be next? Halewood Wines & Spirits thinks so – it launched J.J. Whitley Violet Gin last month.

And there’s perhaps nothing more playful than the flurry of new colour-­changing gins. In advanced cocktail markets such as Europe, after garnishes and glassware comes theatre. Colour-­changing gins are heralding the birth of a new category of sensory-­led or experiential products, according to Bluwer Gin maker Varma. Other colour­-changing gin producers include Edinburgh’s The Old Curiosity and Estonian spirits producer Liviko. But a sure sign this ‘sensory’ segment is set to grow is UK retailer Marks & Spencer’s own range. Created in partnership with The Old Curiosity, the collection includes British Rose, which transforms from a pale gold to a bright fuchsia with a splash of tonic, and British Lavender, which changes from purple to pink.

And then there are savoury gins, which are now starting to move out of the craft market and into the mainstream. Twisted Nose Gin from Winchester Distillery launched in 2014, and uses botanicals including watercress, lavender, and coriander. “I wanted to create a gin that used local botanicals and that was fresh, herbaceous and peppery, as I enjoy those elements in food as well as in what I drink,” says Paul Bowler, founder and head distiller.

But Diageo is one of the first major players to embrace the trend, launching Tanqueray Lovage in May. The limited edition, which gets its herbaceous flavour from the inclusion of English garden herb lovage, was created with the help of drinks expert Jason Crawley.

“Consumers’ palates are evolving, not away from classic gin styles, but people are getting increasingly intrigued by how gin could taste,” he says. “Tanqueray is a great barometer for people – it’s accessible, easily understood. As people’s tastes have evolved I think they have started to naturally go towards more savoury, dry and bitter styles. Lovage is a reaction [to this].”

Savoury is also the direction Campari recently chose for its first gin. Cocktail-focused O’ndina is inspired by Italy and Italian ingredients such as fresh basil, and is intended to appeal to “sophisticated foodies and travel dreamers”, says Nick Williamson, marketing director for Campari UK. “Our belief is that for gin brands to succeed they must have a specific USP and use occasion to cut through the gin ‘noise’. Appealing to a more savoury palate and being marketed as such fits that criteria.”

But when it comes to innovation, how far is too far? Someone who seems singularly unimpressed with some recent innovations hitting the market is Nicholas Cook, director general of gin industry trade body The Gin Guild. Asked if consumers are looking for sensory experiences from their gins, he says: “In short, no. This is not something that consumers are actively seeking, neither are they looking for a product with powdered unicorn horn, or other Harry Potteresque magical content. It is unlikely that such gimmicks alone will encourage take­-up by what are, by and large, mature and informed consumers. At the end of the day it is the gin and the flavour of the product that will encourage consumption and a loyal following.”

But further than this, is innovation threatening the future of the gin category? London­-based distiller Hayman’s thinks so. The company has been distilling since 1863, championing the ‘true English gin style’. It recently launched the ‘Call Time on Fake Gin’ campaign, which urges tighter regulation across the gin category in response to the “growing issue of products marketed as gins that have little to no juniper character”. The firm is holding a summit on the issue on 6 September at its distillery.Ca

“We look at this as a threat to the gin category as a whole,” says James Hayman, fifth generation of the family of distillers. “It’s something we’ve been looking at for some time. It’s a very bold thing to do for a gin brand. We don’t want to be seen to be criticising the category, as we’re actually very positive about where it is now and greatly admire many new entrants that have given it a shock of life it didn’t have 10 years ago.

“But we don’t want gin to become an overriding word for a spirit drink as such. It does stand for a particular style of drink, and it’s important that remains the case.” He adds that while the campaign is “not trying to call time on innovation in the category”, it is advocating greater enforcement of the current laws governing gin.

But are consumers confused? “Gin is a fairly complex product to explain to consumers,” says Sampers. “We talk a lot about what we call the new generation of gin drinkers, which is pretty much the millennial generation. They have slightly different behaviours towards brands. Brand personality is more important to them than heritage and provenance.”

That’s something Chivas is looking to utilise when creating and communicating future new product developments in gin, he says.

“If you turn your heritage and provenance into something that taps into those drivers, something more visual, more playful and not too pretentious, then you have a chance to connect.”

So, if longevity is not about reform, maybe it’s about education. One company already looking to help consumers navigate the growing number of gins available is Hi­-Spirits. In late May it launched the gin map in conjunction with the Gin Foundry. The map highlights the flavour variations that different botanicals bring to gin, and not just among the brands supplied by Hi-­Spirits – including Langley’s, King of Soho, Distillery No 209, and Brooklyn – but also in the wider category.

Dan Bolton, managing director, says: “It’s hard to argue that confusion, or anything else, is hindering gin sales – the strong growth figures and forward projections for sales say otherwise. However, gin is now a far more crowded category than it was a decade ago, and for every consumer who looks at the broad range of gins on the supermarket shelf or back bar, seeking out innovation and new flavours, the figures show that there are far more who opt for a familiar brand.

“There’s an onus on everyone – both the on­-trade and off-­trade, as well as brand owners and distributors – to offer those consumers who want to explore the category clear guidance and information, as well as to have familiar brands as clear milestones.”