An exploration of marketing in vodka

The history of vodka advertising goes from a focus on nightlife to status messaging, and the introduction of flavour to the current penchant for craft and terroir. James Lawrence asks industry experts what comes next. 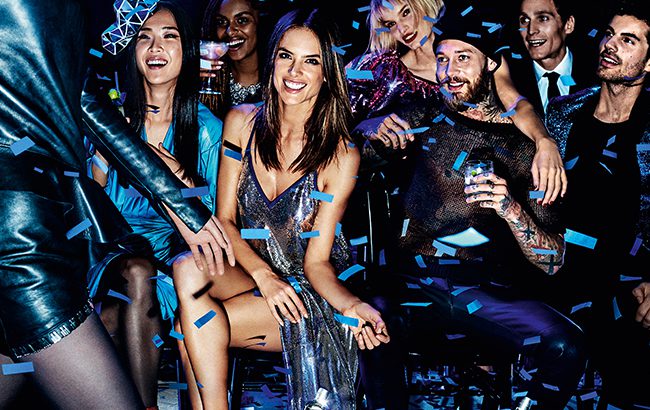 At first glance, little has changed in the world of vodka advertising. Leading brands, endowed with lavish budgets, continue to invest in major design or endorsement­-orientated campaigns. Cîroc Vodka, to cite just one example, unveiled a limited edition Blue Steel vodka in 2016, created in partnership with famed photographer Mario Testino to mark the launch of the film Zoolander 2. Then last year, the Diageo­-owned brand teamed up with Victoria’s Secret supermodel Alessandra Ambrosio (pictured above) for its On Arrival campaign.

But dig a little deeper into the archives of vodka marketing and it’s evident that tactics have changed dramatically over the past 15 years, evolving to meet 21st­-century consumer expectations – and the constant threat from gin and brown spirits. “Summarising the category’s evolution is analogous to attempting to take a census in a rabbit warren,” laughs Spiros Malandrakis, industry manager – alcoholic drinks at Euromonitor. “Vodka has undergone many sharp metamorphoses in terms of how it is marketed – the premiumisation narrative, the (relative) success of the flavour revolution, the resulting backlash and finally the emergence of craft brands trumpeting provenance and terroir messages. Of course, design-­led marketing will always have a role in the category, but it has been joined by myriad approaches, all fighting for space in a crowded arena.”

Rebecca Heathcote, head of brand for Russian Standard Vodka UK, agrees. Earlier this year, the brand announced a £2.5 million (US$3.5m) marketing campaign in the UK with the tagline ‘Raise Your Standards’ to enhance its profile. The campaign will target festivalgoers this summer with a drinks-­personalisation experience, as well as the impending Fifa World Cup with the launch of its ‘Raise Your Game’ promotion in leading UK supermarkets.

“If brands are to cut through the clutter, they need to work hard to better engage consumers. Many are more demanding in terms of their brand expectations; they are looking for a ‘value exchange’ and are seeking to create memories that they can share.”

These sentiments also strike a chord with Luke Atkinson, vice-president of communications, premium core brands, Diageo. “Vodka brands have moved from a focus on nightlife alone to richer and more purposeful messages and activations, as witnessed by Smirnoff, as well as other vodka brands,” he says. “People’s socialising behaviours have changed.”

The millennial generation may take this new approach for granted, but the baby boomers will likely be able to vouch for the dramatic shift in the way vodka is presented. Indeed, vodka brands are a major part of advertising history; a cursory examination of historic campaigns reveals slogans that would be rejected as woefully anachronistic today. Several companies, such as Effen and Ménage à Trois, have, in the past, based their ads around sexual puns: “Nothing warms me up like Effen by the fire,” one ad gleefully announced. And slogans such as ‘Smirnoff leaves you breathless’, suggesting the spirit wouldn’t be detectable on your breath after you drank it, were once commonplace.

Yet today’s consumer will find no such billboards – at least in the craft and luxury sphere. In 2013, Grey Goose unveiled a new global advertising platform, Fly Beyond, focused on the craft nature of its production and the artisanal use of Gensac spring water and Picardy winter wheat. There was no bling, no celebrity association or clever puns – just a reassurance that drinkers were getting an authentic, luxury product.

It was a marketing masterstroke, perfectly timed to coincide with the global rise of social media and consumers’ growing interest in authentic brand stories. This, in turn, has allowed for more targeted campaigns in contrast to the generic advertising of old.

“The catalyst for this marketing change is the consumer demanding much more than ever before,” says Joe McCanta, Grey Goose’s brand ambassador. “It’s not enough to have beautiful packaging; the liquid must deliver and taste great, as well as be consistent. As the first super­-premium French vodka, Grey Goose has been leading the way since our speaking-about­-terroir launch, and with our previous educational platform, ‘Field-­to-­Bottle’, along with our new ‘Vive La Vodka!’ we continue to push for an appreciation of the subtle nuances that terroir can create in the category.”

Grey Goose is not alone. The past five years have seen a growing number of brands trumpeting their provenance and raw materials, heavily exploiting these factors as marketing tools. Such initiatives stand in marked contrast to the traditional approach of the larger brands that promoted their bottle designs and often extravagant packaging, rather than the origins of the liquid itself.

“There are essentially two types of vodka brands competing in the market: ones that communicate quality of ingredients and provenance, and brands that focus on marketing gimmicks as a means of selling their product,” says McCanta. “The latter category’s long­term sustainability is dubious at best.”

The vanguard for this terroir­-focused approach to marketing has naturally been led by a growing firmament of ‘craft’ brands. “As farmers, we treat potatoes the same way wine makers treat grapes, noting the aspects of each variety and the vintage.

Each of our species of potatoes contributes subtle nuances to enhance the final flavour of our spirits,” explains David Stirling, founder of Scotland’s Arbikie distillery.

However, while craft brands have come to define the shift of emphasis towards terroir, larger brands have also seen the wisdom of making the provenance message central to their marketing. In 2017, Polish vodka Belvedere launched a range of single­-estate vodkas that focused on terroir. Poland remains the only nation with a vodka appellation, and several leading brands have recently ramped up discussions surrounding the different sub­-regions and terroirs in the country, as well as the differences in style and character. “Vodka marketers had a major disadvantage, lacking the authentic narratives, natural botanicals and microdistillery­-driven offerings that continue to define gin,” says Euromonitor’s Malandrakis. “Vodka marketing has adopted the principles of traditional wine marketing, driving conversations about the authenticity of the brand through terroir and provenance, rather than the ‘marketing in a bottle’ approach.”

Leading Polish brand Vestal understands this. “We have been talking about terroir in vodka since 2009,” says owner William Borrell. “This has been a difficult message to convey to consumers, but slowly Vestal’s reputation for quality vodka has been cemented in the minds of most bartenders and consumers. Today our biggest growth market is France, which is surely due to their understanding of vintage and terroir, two of Vestal’s cornerstone beliefs,” he argues.

Malandrakis adds: “Whisky marketing is awash with quintessential images of Scotland – mountains, storm-­lashed coastlines, etc. The message they’re broadcasting is clear: drink this and you get flavours drawn straight from the Scottish landscape. It’s an approach that more vodka brands are emulating, certainly with regards to their labelling.”

But while it’s obvious that vodka is not going to lure millennials away from gin with faddy flavours and outlandish bottle designs, consumers are still influenced by visuals, whether it’s a bottle design or an advert.

According to leading bartender Eder Neto, senior bar manager for the Hakkasan Group, most consumers make a purchasing choice based on a brand’s image, or if the bartender recommends it.

“Four out of five believe that vodka is still mostly distilled from potatoes. So design often influences their choice, rather than ideas of provenance,” he says.

Walter Pintus, bar manager at Waeska, The Mandrake Hotel, London, agrees, and underlines the point that while terroir may be central to marketing messages, most brands continue to concurrently exploit endorsement/ association marketing and product placement.

“We see leading vodka brands partner with the most highly regarded cultural associations and ceremonies, sporting events and renowned luxury retailers,” says Pintus. “For example, big players such as Grey Goose partnering with the BAFTAs, or Beluga – for which I worked as brand ambassador – sponsoring Royal Ascot and the Nobel Prize Ceremony.”

However, Malandrakis argues that such considerations pale in comparison with vodka’s greatest marketing endeavour – the focus on targeting specific groups, rather than simply creating generic campaigns tailored to different global markets. Indeed, it’s the common thread that now ties together the diverse marketing strategies of the larger premium brands.

Diageo’s Atkinson says: “Making the world a more inclusive place is central to the purpose of Smirnoff as a brand. Our partnerships and commitments to the LGBT+ community are central to this and reflect our strong belief that there should be great inclusivity of this community. Through these partnerships we are able to further strive towards our ambition for greater inclusivity and push forward cultural conversations around LGBT+ rights.”

Diageo isn’t alone in its efforts. The world’s largest spirit companies are increasingly targeting particular racial and ethnic groups in the US market – mainly Hispanics and African­Americans. These groups will drive 75% of the growth in the US’s legal­-drinking-age population until 2020, making up 36% of the country’s legal drinkers, according to Diageo’s Atkinson. The Smirnoff owner also reported that it is spending four times more money this fiscal year, compared with the last, on targeting minority consumers.

It’s a potential avenue that Finlandia owner Brown­-Forman noticed in 2015 when it launched a new low-­abv vodka-­based spirit called LBD, aimed at women. The brand was designed to be enjoyed by female consumers aged 19­24 while getting ready for a night out. Though LBD’s premise with its gender­-specific targets is one that is, many would argue, already outdated, this is another example of vodka’s move from the realms of bling to more sophisticated marketing initiatives.

As it stands, vodka is still routinely criticised for lacking the sophistication and nuanced messages that are now commonplace in the strategies of other categories, such as gin. Endorsement campaigns are all well and good, but tailored marketing messages will be crucial to giving vodka the credibility it so desperately needs to stay relevant in today’s fiercely competitive world.