Away from the whisky heartlands of Scotland, Ireland and the US, younger producing nations are making exciting expressions, and are relishing the freedom they have to break with tradition. 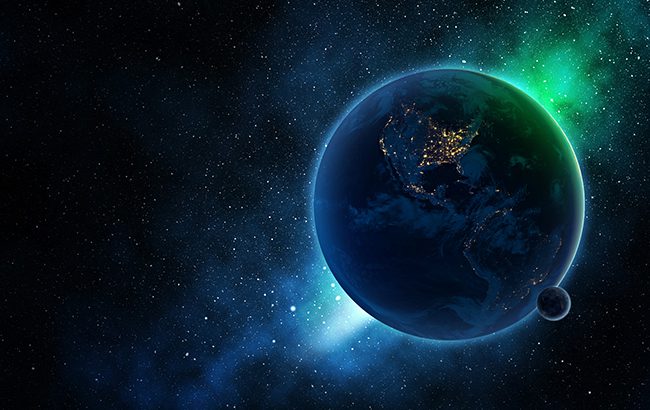 A new breed of distillers is changing the face of whisky as we know it. Some hail from countries where a modern distilling industry is only now starting to emerge. Scottish, Irish and American distillers may have spearheaded whisky’s international growth and reputation, but so-called ‘new world’ producers are adding vibrancy and intrigue to the sector.

Producers from Scandinavia, Italy, Wales, Taiwan, South Africa, Australia and beyond are making their marks on the whisky landscape, showcasing unique styles and personalities. Since many of these distillers are relatively new to the whisky scene, their products are unsurprisingly younger than their more established category cousins, but this does not mean they are lacking in quality, as our World Whisky Masters 2018 showed.

The blind­-tasting competition took place at London Wall Bar & Kitchen on the same day as The Irish Whiskey Masters 2018 and The American Whiskey Masters 2018 – the results of which can be found here and here respectively. Judging for all three competitions was divided between four panels. The first was chaired by The Spirits Business’s deputy editor, Melita Kiely, and consisted of: Mark Jennings, spirits marketer and founder of Drinks Galore; Tommy Cummins, general manager for The Sun Tavern; and Matthew Neal, drinks consultant. On the second team was: Nick Bell, retail general manager at Amathus Drinks; and Pierre­-Marie Bisson, general manager at Milk & Honey – they were chaired by Billy Abbott, content and training manager at The Whisky Exchange.

The third panel was chaired by me, Amy Hopkins, editor of The Spirits Business, and consisted of: Dave Mulligan, poitín maker; Chris Tanner, general manager at The Vault; and Derek Millar, retired whisky retailer. Chairing the fourth team was Elise Craft, Whisky Squad co-­ordinator, whose panel was made up of: Phil Duffy, head of spirits at Amathus Drinks; and Andre Carozzo, drinks consultant. Judges assessed entries in each category on their own merit, and were able to award as many Silver, Gold and Master medals as they wanted. Each product was judged on appearance, aroma, taste and overall balance.

Kiely’s team tackled the first round of the day, which consisted of ‘standard’­ priced blends from European nations excluding Ireland and Scotland (whose GI products are judged in separate Spirits Masters competitions). Beam Suntory’s DYC 8, described as a “solid, balanced whisky” and a “crowd pleaser”, was awarded a Silver medal.

In the premium single malt offering from Europe, nine Gold medals were awarded. Penderyn Sherrywood, from Wales, was described as “funky and different”, while fellow Gold medal winner Puni Gold, made in Italy, won praise for its “remarkable depth”. Three Silver medallists were also named.

Jennings said of the flight: “These whiskies demonstrated how exciting this category is and how far it has come. They could really hold their own against good Scotch – this is a bunch of whiskies I’d be happy to pour.” 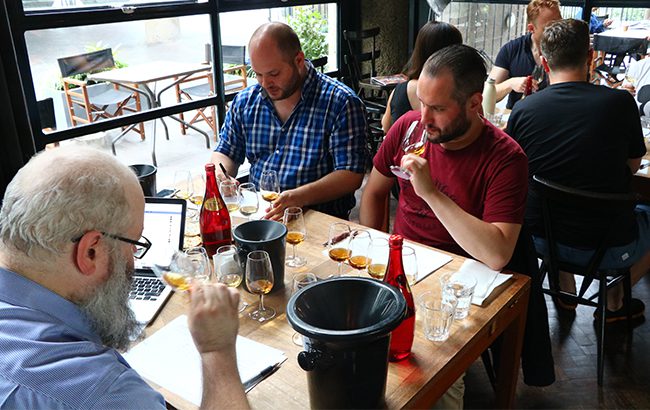 The strong standard continued in the super-premium European single malt showing, which was judged by Abbott’s team. Penderyn Bryn Terfel, described as “soft and gentle”, and Bavarian single malt Slyrs 3 Year Old from That Boutique­-y Whisky Company, said to have a “full mouthfeel”, bagged Gold, with an additional four Silvers awarded. Bisson said: “The Gold medals we gave were to two very different whiskies – but both very good for different reasons. This was a good showcase of what’s outside of Scotland and Ireland.” A diminutive flight of European whisky made with ‘other grains’ followed and resulted in a Silver medal for Adnams Triple Malt Whisky, made from wheat, oats and barley.

The panel then hopped continents to North America to sample the Canadian whisky entrants. In the standard flight, Sam Barton by La Martiniquaise was said to “tick all the right boxes at this price point”, and walked away with a Gold. In the super­-premium contingent, Shelter Point Artisanal Single Malt Whisky scooped the first Master medal of the day after impressing judges with its “rich rancio”, “great viscosity” and “delicious biscuity” flavour. Abbott said of the regional contingent: “Canadian whisky has been done down for so many years, but now distillers are showing that they do actually have some really good products.”

South Africa’s whisky scene is growing, and Firstwatch Whisky kicked off the region’s medal wins with a Silver in the Blended – Standard flight. The South African representation of premium single grains achieved a Silver medal for Bain’s Cape Mountain Whisky, in which judges found “dried fruit flavours” with a “touch of cream and pear”.

Single grain whiskies from Australasia came under the spotlight next, with a Gold medal awarded to Archie Rose Rye Malt Whisky. “This definitely reminds me more of an American whiskey than any of the other traditional grains from around the world,” observed Abbott. “It’s rich, with sweet oak running through it.”

The second Master medal of the day was awarded to Sullivans Cove American Oak Single Cask HH0317 in the Australasia Single Malt – Super Premium flight. The whisky was said to have “herbaceous, salty and sweet” flavours of “apricot, vanilla and honeysuckle”. Meanwhile, Sullivans Cove Double Cask DC098 was said to have a “creamy” flavour of “cereal, sage and dark chocolate”, and secured Gold. “This round contained the best whisky I’ve tried in the world whisky category,” said Bell. “There was much more complexity in these whiskies than I expected – I’m impressed.”

Some of the world’s best­-selling whisky brands hail from India, but the category hasn’t yet cracked the international stage. Nevertheless, there is a variety of higher-­end single malts to intrigue consumers, as my panel discovered in the next flight. Paul John Edited Single Malt won Gold in the premium leg, impressing judges with its “warming and spicy but fresh” flavour and “lovely mouthfeel”. In the same flight, Paul John Brilliance Single Malt achieved Silver.

In the pricier India Single Malt – Super Premium round, the complex Paul John Peated Select Cask won Gold. “There was a meatiness on the nose – almost a Marmite note,” said Millar. Three Silvers followed in the flight, which Tanner said showed that “there’s definitely an emerging style in Indian whisky”.

A broader ‘Asia’ category allowed judges to assess whiskies outside of Japan and India, which have more established whisky­-making traditions. Another smoky whisky impressed and secured a Master accolade in the premium single malt round. Judges said Kavalan Distillery Reserve Peaty Cask “was in a different league” with its sweet nose, oaky palate and “brilliant density”.

Three Golds followed in the higher price bracket for Kavalan Podium, Kavalan ex-Bourbon Oak and Kavalan Oloroso Sherry Oak. Tanner said: “This is just the sort of whisky I drink. Some wine finishes get quite sickly, but I feel I could drink quite a few before it tired me out.”

The final round of the day consisted of ultra-premium single malts from Asia, which were judged by Craft’s panel. Kavalan Solist Oloroso Sherry Single Cask impressed the most and secured Gold for its notes of “oranges, pepper and allspice”. An abundance of Silver medals were also awarded to Kavalan­-made single malts – eight in total.

The world whisky category may be in its infancy compared with the Scotch, Irish and American sectors, but on the whole judges were impressed by the confidence and character they discovered. Not only did many of the drams display quality, they also showed that ‘new world’ distillers do not feel bound by ‘old world’ traditions when it comes to flavour.

“The standard of this competition was very exciting,” said Mulligan. “The ‘new world’ whisky tasted really established. All these distillers seem to know what they are doing – they have intent and it came through in the finished products.”