Should brandy regulations be tightened?

Brandy producers are at odds over their future direction. Should the wider category be regulated in the same way as Cognac, or should makers be free to experiment? 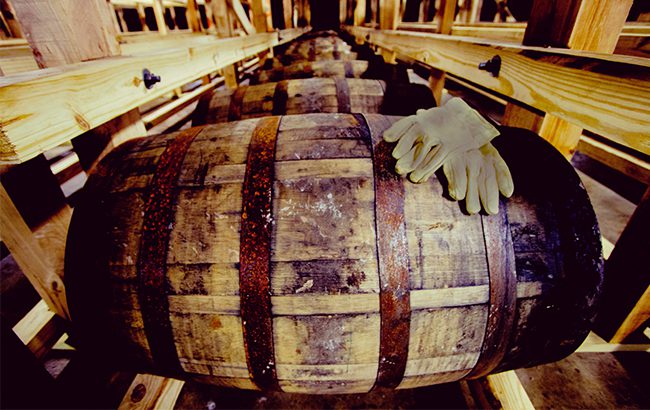 “What people forget is that Cognac is a type of brandy, but it has to be made in a certain part of France in a certain way,” says Hervé Buzon, marketing director at St-­Rémy. It’s a worthwhile reminder for the vast majority who still segment the two spirits, often putting Cognac on a pedestal compared with the wider brandy category. The key separation between the two contingents is that Cognac is tightly regulated by the Appellation d’Origine Contrôlée (AOC), which determines the spirit’s region of production, grape varieties, distillation, maturation and blending processes. Armagnac, another sub­category of brandy, faces similar restrictions, with production contained to the Armagnac region of France.

By contrast, brandy producers outside of these regions have greater creative freedoms. However, while producers in the US, India, South Africa and even Australia are able to experiment more liberally with base ingredients, additional flavours and cask finishes, has brandy’s lack of regulation also hindered its standing among consumers? Would regulation of the wider category be welcomed – or even possible?

For Buzon, legislation for the entire sector does not seem feasible. But implementing regulations for French brandy as an individual category would do much to elevate its reputation and quality assurance, he believes. St­-Rémy is part of the Federation of French Brandy (FFB), a collective of around 40 brandy producers that is in the process of presenting a document to the EU to agree regulations for the spirit.

“Rules for French brandy is something we can totally make happen and that should happen in the coming months or year,” insists Buzon. “We hope and are confident and very positive that some rules will be created for French brandy. For several years, the Federation of French Brandy has held discussions about the description of French brandy, with special specifications on what it should be. We are one of the only French brandies that are French from the grapes to the bottling – even the casks are French oak. We believe it’s very important for the category to have rules so all players are playing the same game.”

Other producers, however, are vehemently opposed to more regional regulations of brandy. “Dogma is death,” says Joe Heron, founder of US-­based spirits group Copper & Kings. The brandy producer has made a name for itself with its innovative brandy­-based products, which include American apple brandy, a series of beer barrel­-aged brandies, brandy-­based gin, Tequila barrel-­aged apple brandy and liqueurs.

“American brandy has far more tools of expression and expressiveness than being confined to the dogma of geography; think of the range of terroir from New York state to California, from Michigan down to Texas, Arizona brandy, Ohio brandy, I could go on. The dogma of grape variety is excruciating – we are not limited to a single grape variety that produces a pretty neutral wine for distilling. We can distil any grape – or fruit – we want to in America.”

POSITIVE FOR THE CATEGORY

Heron sees a lack of legislation for American brandy as a real positive for the category and one that will bolster brandy’s reputation among consumers. Copper & Kings has tried to use this to the company’s advantage and create a 21st-­century brand that shows the spirit’s versatility in a bold and modern style. “We don’t do innovation, we do invention,” insists Heron. “As a company we are inventive. It is as much a personality trait as a business strategy. We hope that everything we do burnishes brandy’s image, because if Copper & Kings is cool and creative, then all our products share that halo.”

US­-based spirits producer Heaven Hill Brands agrees with Heron’s stance and favours brandy’s lack of regulation as a creative luxury. “A lack of regulation can mean a variety of things for the category,” says a spokesperson for the group. “In brandy, this means artisanal freedom, which is where we are seeing a lot of excitement. Our Christian Brothers Sacred Bond, launched in 2017, is the only grape bottled­-in­-bond brandy on the market, and upholds the age-­old style of copper pot distilling. American brandy is just on the cusp of innovation and experimentation, and we are excited to see where this trend will lead.”

Nevertheless, the stigma that Cognac is ‘superior’ to brandy remains. For Dave Andrews, brandy specialist at family-­owned William Grant & Sons, whose brands include Three Barrels brandy, the on­-trade could hold the potential to lift brandy’s image among consumers, but progress is slow. Better education is needed, he notes, as he has witnessed a tendency for bartenders to choose Cognac over brandy.

“If you ask for a brandy and Coke, what do you get?” asks Andrews, as he reverts back to a lack of knowledge regarding brandy and Cognac. “Consumers don’t know the difference between the two. Bartenders are pushing Cognac over brandy. Cognac is brandy, but with the increase in marketing that we’ve seen from media figures drinking Cognac in music videos or TV shows, that seems to have driven a lot of sales in Cognac, but it’s not an explosion,” he adds.

But brandy’s sales are making gains globally, if only marginally. From 2016 to 2017, total brandy sales grew from 1.411 billion litres to 1.412bn litres – and this is forecast to increase again in 2018 to reach 1.425bn litres, according to figures from Euromonitor International. Earlier this year, Spiros Malandrakis, industry manager – alcoholic drinks, Euromonitor said: “Even though Cognac will break away from its bling associations and expand beyond luxury stereotypes it will be the category’s lesser­-known siblings that will find themselves increasingly under the spotlight. More affordable, versatile, less pretentious and not overburdened by the stifling weight of traditions, American brandies and segments such as Armagnac could soon mirror other sparkling wines’ rise as a legitimate alternative to Champagne.”

William Grant’s Andrews is already noticing this shift in consumer perceptions about brandy. He says Three Barrels has worked hard to change the demographic of people who drink brandy and entice new drinkers to the category. As it stands, the brand’s current target audience is men aged 45 and above who are “typically brandy drinkers”, and women aged 45 and above who are “a bit more savvy about shopping”.

“They like drinking brandy, but they’re not particular about their brands,” he says about about the female audience. “The main thing we see is a move away from ‘old man by the fire’ brandy and towards more younger generations who are looking to drink brandy and Coke or brandy cocktails.

“People used to be a bit snobby about brandy and all ‘warm up your snifter before you drink by the fire’. Nowadays there are a couple of fun cocktails – we created one in honour of Patrice Lumumba, the late president of the Democratic Republic of the Congo, who visited France. It’s made with Three Barrels Brandy and chocolate milk, it’s fun, easy, simple and delicious. There’s no need to be snobby – consumers should feel free to drink brandy how they want to, and that will only make the category more approachable and attract new drinkers.”

He also notes the innovation that has come out of the brandy category in recent years as a key factor in changing consumers’ views. Three Barrels released a honey-flavoured expression two­-and­-a­-half years ago, “around the same time whisky was doing the same thing”. Andrews also celebrates a rise in single estate brandies tapping into trends of locality and provenance that are also seen in other categories, which he says will help augment brandy’s reputation.

This trend has trickled all the way down to the Australian market. Tasmanian whisky producer Sullivans Cove moved into brandy this year with the launch of limited edition expression Sullivans Cove XO. Made from wines from the Huon Valley region, Sullivans Cove XO was distilled in the same way as the company’s single malt whiskies, and aged in either French or American oak barrels.

“Brandy is a really exciting category because it makes a lot of sense in the Australian context,” explains Fred Siggins, strategy manager, Sullivans Cove. “We produce some of the best wines in the world, so why wouldn’t we distil some of that into world-class brandy? As more Australians get used to drinking locally crafted spirits, and full-bodied, oak-­aged spirits in particular, brandy will see a resurgence here.”

What else can be done to drive brandy’s renaissance forwards, though? William Grant’s Andrews believes brandies need to work harder to “get themselves out there a bit more”. “More work needs to be done to bring the flavour profiles of brandy to life,” he says. “We need to give people more than just history.” Sullivans Cove’s Siggins supports Andrews’ views, and believes Australian producers will have a crucial role to play in the growth of brandy, both in the country and on an international level.

He adds: “Right now, demand and therefore investment in brandy is low, so it’s nowhere near on the same scale as other spirit categories. But the same thing was true for Aussie whisky a few years ago, so you never know what a well­-made spirit and a bunch of passionate producers can do.”