Hundreds of whisky fans flocked to The Macallan distillery in Speyside on Tuesday desperate to snap up a bottle of limited edition Genesis, forcing police to close a road leading to the site.

Priced at £495 (US$665) per bottle, The Macallan Genesis Limited Edition was released yesterday (14 August) to celebrate the whisky maker’s new £140 million distillery and visitor centre, which opened on 2 June.

Only 2,500 bottles will be made available either from the distillery or The Macallan airport boutiques, with a selection going on sale in the early hours of Tuesday (14 August) morning, attracting large crowds keen to get their hands on a bottle.

Police Scotland was forced to intervene and close a section of the B9102 after the road became blocked due to cars parked on verges.

A spokesperson for The Macallan said: “We recognise that due to the demand and limited availability, some of our customers may be disappointed not to have been successful in purchasing one.

“Whilst every effort was made to communicate to our customers that there would be no access to the site prior to 9.30am on 14 August, a number of people hoping to secure one of these limited bottles gathered at the gates causing a local road to become blocked.

“After we contacted local police to help minimise any disruption, the road was swiftly cleared and sales got under way at the distillery when it opened at 10am.

“We are grateful to Moray Police for their assistance and in light of the issues, we are reviewing our procedures.”

Fans took to Twitter to express their views – some were joyous having successfully purchased a bottle of the coveted single malt. 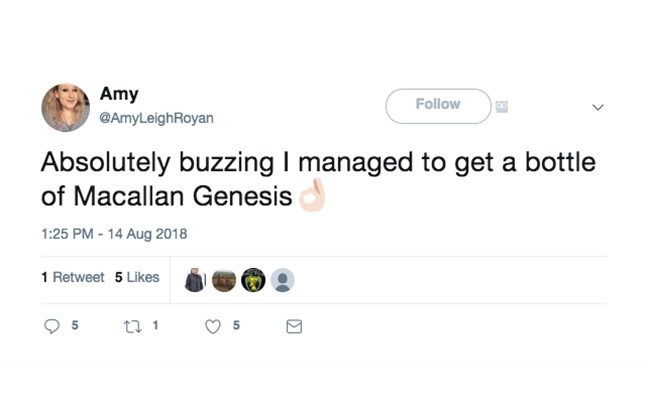 Others, however, were far from impressed by the day’s organisation. 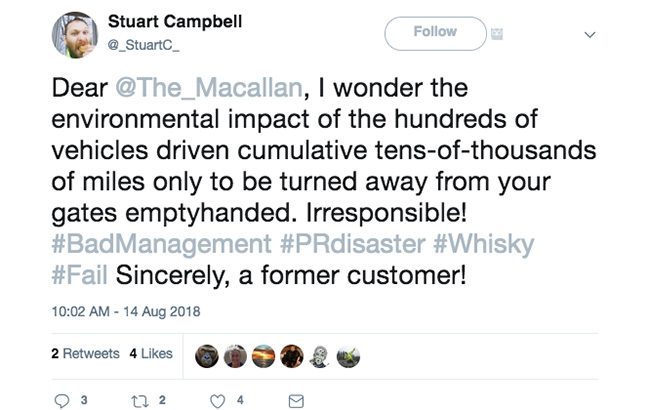