Despite being made up of countries with their own particular challenges, Africa as a whole promises exciting opportunities for spirits brands in the long term. 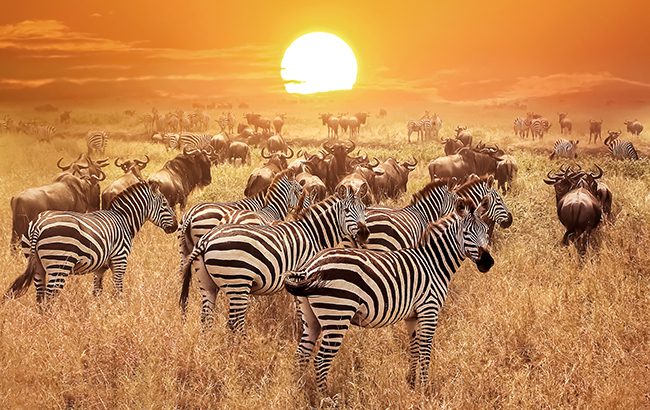 “It may be a cliché, but we always say that Africa is the last emerging market in the world,” says Vijay Subramaniam, Bacardi’s managing director Asia, Middle East and Africa (AMEA), who has the statistics to back up his enthusiasm.

“The current population of about 1.2 billion is forecast to double to around 2.5bn by 2050, by which point 35% of the world’s youth are going to be African. That represents a huge target audience.” Add in recent GDP growth of around 5%, compared with a global average closer to 2.5%, plus other factors such as internet usage – growing by half a million Africans a day, apparently – and he has no doubt that “the potential is immense”.

Clearly, we are talking at a very macro level, for as you start to zoom in on this vast and diverse continent, generalisations tend to fall apart. Like most in the African spirits industry, Subramaniam stresses the need for patience and long­-term vision, and says that, “you can’t have a one­-size-­fits-­all approach”. This point is particularly significant when considering the disparity between oil­-rich Nigeria and Angola, countries such as Ethiopia, and a developed market like South Africa.

Progress can be slow, and one imagines the continent’s potential has been talked up since the first cases of Johnnie Walker were shipped into the Kenyan port of Mombasa in the 1880s. Few Kenyans could afford a bottle back then, and this remains an issue for international spirits throughout the continent. As John O’Keefe, president of Diageo Africa, says: “Affordability is one of the most pertinent factors in African markets right now.” In response to this, he says Diageo “has a portfolio that covers local and global tastes” and one “that, crucially, covers all price points from entry­-level Scotch and vodka to affordable beers and local spirits”.

Well, perhaps not all price points. In March, when asked during the so­-called ‘president’s call’ with analysts whether he wanted to “go further down the food chain”, O’Keefe responded by saying: “I’m not really interested in dropping down into what I would call the lower­-priced spirits category; I think our right to win is very strong in the upper mainstream spirits segment.”

For now, the lowest price point Diageo has dipped to is probably its locally produced 50ml sachets of Orijin bitters in West Africa. While it’s hardly Johnnie Walker Blue Label, it is a big step up from the illicit hooch that accounts for a significant chunk of Kenya’s spirits market.

Paul­-Robert Bouhier, CEO of Pernod Ricard Sub­-Saharan Africa, says: “We’ll never produce cheap spirits just for the sake of recruiting people with low­ to medium-­disposable incomes.” But while he has no interest in selling spirits in sachets or anything priced much below €5 (US$5.90) a litre, he is thinking of expanding local operations beyond the Seagram whiskies that Pernod bottles in Nigeria. Similarly, Bacardi is considering bottling more than just its Bacardi Breezer RTDs in South Africa. “It’s not just about reducing costs and duty optimisation,” says Subramaniam. “Currency fluctuations are a big challenge, and it also makes sense to be closer to the market, so we are looking at some opportunities.”

Diageo has an interesting portfolio of local brands in Africa, such as Kenya Cane, Gordon’s Meringue and Smirnoff X1, and has enhanced its mainstream spirits strategy with a container­-sized bottling plant known as the Cube. As O’Keefe explained to analysts in March, the Cube helps test a market such as Cameroon, where it is being used to bottle Black & White Scotch whisky, before investing in a fixed bottling line as it has done in neighbouring Nigeria.

The Famous Grouse maker Edrington, by contrast, doesn’t bottle locally, but like many other groups it offers its range in smaller sizes, down to 200ml, to reach consumers who are unable or unwilling to buy a full bottle.

Derek Brown, Edrington’s regional director for Africa, is undaunted by rivals such as Diageo that have significant marketing clout and broad portfolios. In Nigeria, for example, The Famous Grouse and The Macallan whiskies are distributed through a partnership with CocaCola Hellenic. “The immediate benefit is that they have 3,000 employees,” he explains. “But more important, they have incredible insight into the market.”

Average incomes in these countries imply brands like The Macallan are simply out of reach, but in the big cities you can find surprising pockets of wealth. While visiting a shopping mall in Accra, the capital of Ghana, Brown remembers being “absolutely blown away by the standard of the off­-trade spirits specialists”. Similar stories abound. For Bouhier it was visiting a bar in Lusaka, Zambia, where everyone was drinking Chivas Regal or Jameson. “Honestly, I could have been in London or New York,” he says.

Subramaniam mentions South Africa, where even in some of the most unpromising outlets you can find Bombay Sapphire, whose sales grew by 50% in the market last year. Gin was the country’s fastest­-growing category, reports Sibo Mlalazi of global market intelligence publisher Euromonitor International. She credits “spill­over effects of international trends, as well as the affordability of [gin’s] mainstream range. Furthermore, increased awareness and virtual communities created by flourishing local craft gin also contributed to the category’s performance”.

From his base in Johannesburg, Brown is focused on Scotch in South Africa, now a priority market for The Macallan, which has been “growing very quickly”. However, he observes that “there’s definitely pressure around blends, with the trade behaving more like a mature market like the UK”. Bouhier agrees, saying he has “seen some crazy things in terms of pricing over the past 18 months”.

Despite that, The Famous Grouse is back in growth for the first time in a few years, and Ballantine’s is performing better, even if its Chivas Regal stablemate is flat. With its credit rating downgraded to ‘junk’ status by S&P Global Ratings in November last year, South Africa’s economic recovery has been fraught, to say the least. But new president Cyril Ramaphosa has put on a show of confidence, recently stating his intention to secure investments worth US$100 billion for his country.

At the time of writing, South Africa’s Liquor Amendment Bill, which was drafted in 2016, had yet to be presented to parliament. It includes proposals for an advertising ban, an increase in the legal drinking age to 21, and for brand owners to somehow share liability for crimes committed under the influence of their products if bought from an unlicensed outlet. It sounds scary, especially that last part, though how things will really pan out is another matter.

“I’d say the market is darkening,” says Edrington’s Brown about advertising, but he doubts whether politicians will raise the drinking age. At Euromonitor, Mlalazi predicts a complete ad ban would hit smaller brands harder, and may help bigger ones “consolidate their leadership because they might benefit from brand equity built over the years”. Whatever happens, patience and long­term vision will be required. “You’ll have three good years then one year something happens,” says Subramaniam. “We’re still very bullish about South Africa.”

The country is Pernod Ricard’s “biggest African market by far”, says Bouhier, who claims market research puts Jameson in poll position among whiskies by value in the modern on-­trade. In Zambia he suspects the brand is now the country’s most popular international spirit, and in Kenya he quotes IWSR figures from 2016 that put Jameson Original just ahead of Johnnie Walker Red Label. Not that Diageo sounds too worried, with its spirits sales in Africa three times those of Pernod, even if Bouhier and his team are aiming to cut that lead in half by 2020. Spirits account for about a third of Diageo’s net sales in the region, and are set to grow under O’Keefe’s mantra of ‘beer fast, spirits faster’. Instead of waiting for consumers to catch up in terms of disposable income, the firm is seeking to meet them halfway. “Our focus has been to expand participation across the price ladder in both beer and spirits,” O’Keefe told analysts in March. “This allows us to rely less on the pace at which the middle class emerges, given economic volatility, and more on accessing the opportunity here and now.”

Having recruited African consumers into the world of branded spirits, Diageo intends to keep them, and with its big, well-­established beer brands it may have a slight advantage in terms of route to market. But Bouhier doesn’t envy being part of what he calls “a daily price war” in beer.

“Being a pure spirits business gives us credibility in Africa,” he says. “It means we can invest in our brands without any distraction.” Africa’s sheer size clearly captivates Brown, who says: “Not only is it going to be a fast-growing continent, it’s got 54 countries. We’ve still got some greenfield sites where we’re not yet doing any business, and we’re really excited about West Africa.”

As is Bouhier who admits that Pernod Ricard may have slightly neglected countries such as Cameroon, Gabon and the Côte d’Ivoire, despite them being Francophone markets. “They are very interesting for their political stability and with their currencies pegged to the euro,” he says. O’Keefe mentions a recent study by Kantar TNS that put the number of Nigerians legally consuming spirits up by a third since 2011. If a rising tide lifts all boats, the same is true for spirits brands in Africa.