Hitting the million-­case mark is cause for celebration; passing the two-­million-­case barrier with consistent year­-on-­year growth for the past four years is reason to award the Scotch Whisky Brand Champion 2018 title. Take a bow Black & White, which reported rapid sales growth of 33.3% for 2017, raising the brand to new heights, selling 2.4m cases.

“Black & White has doubled in size in five years, and we can attribute this to our strategic mix of brand building and strong commercial planning, as well as ongoing collaboration with our market teams,” says Bruno Scaranello, global marketing manager, Diageo primary Scotch. “We’ve run communications in every market, from out­-of­-home to point­-of-­sale visibility; communicating the smoothness and quality of our Scotch whisky led to consumer trial and sales.”

In 2016, brand owner Diageo decided to shift its focus away from premium spirits in the emerging markets to more “mainstream” brands, such as Black & White. The new approach was the result of currency and economic headwinds in regions such as Latin America, Africa and Asia. 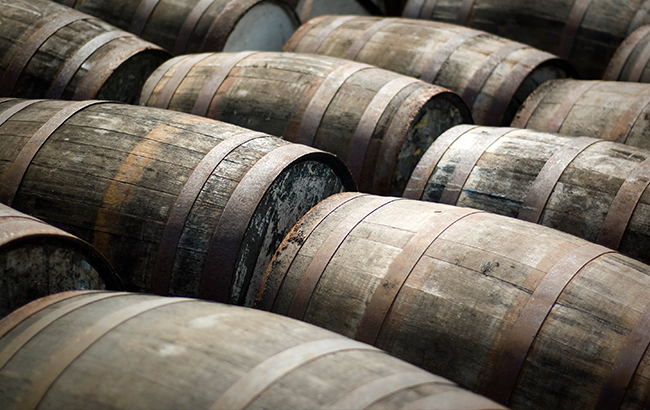 For Black & White, Diageo’s move appears to be paying off. The brand is seeing its biggest success coming from Brazil, Mexico, India, South Africa and Colombia. “Consumers in these markets are looking to trade up to Scotch whisky,” explains Scaranello. “They want drinks that reflect their style, their tastes and the type of social occasions they share with friends.”

Can Black & White’s success be repeated over the next five years? “Really, the only challenge we’ve had is finding enough time in the day to keep up with demands of the business,” says Scaranello. “We have big ambitions for Black & White. We’re looking to build our top markets from stage one to stage two, and increase brand activation through above-­the-­line communications to create brand loyalty, love and meaning for consumers. We will also likely see new markets coming on board – watch this space.”

Looking to the wider category, Scotch whisky remains a global success story. Exports for 2017 increased in volume and value, according to HMRC data released by the Scotch Whisky Association. Volume rose by 1.6%, with 1.23bn bottles shipped out of Scotland, while value grew by 8.9% to reach £4.36bn (US$6bn).

Demand for single malt Scotch was clear from the figures, with a 14.2% sales growth hitting £1.17bn. It comes as little surprise, then, that Pernod Ricard’s The Glenlivet was able to report a return to growth for 2017 with a 10% sales increase to 1.1m cases. Rival Glenfiddich kept its edge with a 4% increase to 1.3m cases. Will more single malts join the million-­case ranks this year?

*The Brand Champions data is listed to one decimal place for ease of reading, but the percentage changes are based on the full data supplied. All brand data is supplied in millions of nine-­litre cases.