Famed for its lavish marketing, Martini is one of the great lifestyle brands. The Spirits Business looks at how it came to dominate the vermouth category. 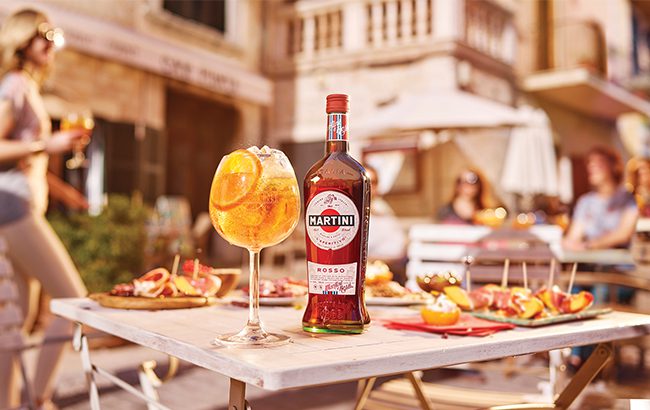 The ingredients in a classic 1970s Martini commercial were pretty simple: a bunch of beautiful people on a yacht, the glittering Mediterranean and a soaring orchestra. As the jingle reached its climax – ‘It’s the bright one, the right one. It’s Martini’ – no­-one doubted that this was one of the most glamorous lifestyle brands around. But arch­-rival Cinzano decided to take the mickey in its own adverts. It hired actor Leonard Rossiter as a pretentious bumbling oaf who would order Cinzano, sigh about “Italian wines suffused with herbs and spices”, then spill the drink down Joan Collins’s cleavage. Audiences loved them but could never remember the brand name, so Martini had the last laugh – every time the ads were aired its sales grew.

Martini didn’t invent vermouth – the drink was born in 1863, in Pessione, just outside of Turin – but it very quickly dominated the category. “At the beginning there were three friends,” explains global brand director, Ignacio Vazquez. “Teofila Sola, the accountant, Luigi Rossi, the herbalist, and Alessandro Martini, who was the one with the commercial hunger and desire to make something big.” In year two Martini won its first gold medal; by year five it was exporting to New York; and in 1868, King Victor Emmanuel II gave his blessing for the brand to use the Savoy coat of arms. In 1879 the firm became Martini & Rossi. By the dawn of the 20th century, Martini was a best­seller in Italy, the US, Argentina, Brazil, Portugal and Greece, among others.

“The founders were well ahead of their time,” says Vazquez, who feels their entrepreneurial panache is reflected in the firm’s motto printed on the gates of its Pessione factory – ‘volere è potere’, or ‘where there’s a will, there’s a way’. There was no shortage of willpower when it came to cracking new markets. By the late 1930s, with the company run by Luigi Rossi’s descendants, Martini had factories everywhere, including Buenos Aires, London, Casablanca and São Paolo. All were supplied with the secret botanical mix from Italy. Today, Vazquez says, 95% of production has been brought back to Pessione. The recipes for Martini Rosso, Bianco and Extra Dry, as well as the new Riserva Speciale range, launched in 2015, remain secret.

MARTINI GOES THROUGH A DRY PATCH

Vazquez won’t be drawn on whether the Martini cocktail, America’s greatest gift to the bar world, was named after the brand. While nobody really knows, adverts were soon claiming ‘It’s not a Martini unless you use Martini’. The original cocktail specified gin and vermouth in equal measure, and being the best­-selling vermouth by miles the future looked bright for Martini. But come the 1950s and the pervasiveness of America’s three­Martini lunch, the cocktail was becoming drier. Winston Churchill advocated wafting some gin in the general direction of France, while Clark Gable, in the 1958 film Teacher’s Pet, merely wet the cork of a vermouth bottle and ran it round the rim of a glass. Neither was going to do much for Martini.

Writing in the 1990s, the US journalist and broadcaster Fareed Zakaria lamented “the race to the bottom, with vermouth levels falling precipitously, from a third to a fifth to a tenth to a splash of Martini & Rossi in a sea of Tanqueray. The super­-dry Martini was the cocktail equivalent of Brutalist architecture, theoretically dazzling in its severity but in fact rather tasteless”. Luckily for Martini it only really hit Extra Dry, the sales of which Vazquez describes as “though relatively sizeable, still very small compared to Bianco and Rosso”.

He says these two “have been the real volume drivers for the past 150 years”. For both, the focus has shifted to traditional and modern apéritifs, or mixed with tonic in the current ‘Play with Time’ advert. In terms of advertising “we’ve always stood for the Italian joy of living”, Vazquez adds. “We need to keep our soul, but the wrapping needs to adjust with time.”

Meanwhile, Martini has always been addicted to speed. “Racing’s in our blood,” Vazquez says of the brand’s long sponsorship of cycling, motorcycling, powerboats and, of course, Formula 1, which began in 1972, then came and went, and returned with Williams in 2014. And yet for all the glamour of the track and those lavish marketing campaigns, vermouth was on the slide, and since the brand has around 70% of the category, that must have worried Bacardi, which bought Martini & Rossi in 1993 for a reported US$1.4 billion. Bacardi had acted as Martini’s US distributor since 1987, and knew that it offered valuable access to Europe, and some serious scale.

Apparently, if you include all Martini’s sister brands, such as sparkling Asti Martini, its total volumes are greater than Smirnoff vodka. For the Rossi family it had become harder than ever to compete with the multinationals, and they were failing to recruit new consumers. The category was declining by 4% a year, but that has now been cut to ­1.7%, claims AC Nielsen, while the IWSR puts premium vermouth up by 378%.

Vazquez highlights the “bitter is better” trend, which has boosted everything from Fernet Branca to craft beer IPAs, as well as the whole buzz around the aperitivo moment. “We’re excited and believe it could be around 30% of drinking occasions by volume,” he says. “We see a growing consciousness about health and wellbeing, about drinking lower abv and being in control.” Most Martini weighs in at 15% abv, half of that if mixed with tonic to make what Vazquez calls “a nice, long thirst-­quenching drink”.

Other options include the Sbagliato, which includes Prosecco, and the slightly more bitter Torino-­Torino, while for something stronger, Vazquez suggests a Negroni. Not made from Campari, he hastens to add, but from the brand’s latest line extension – its Riserva Speciale Bitter, launched last summer.

Click through the following pages to see the timeline of Martini’s brand history. 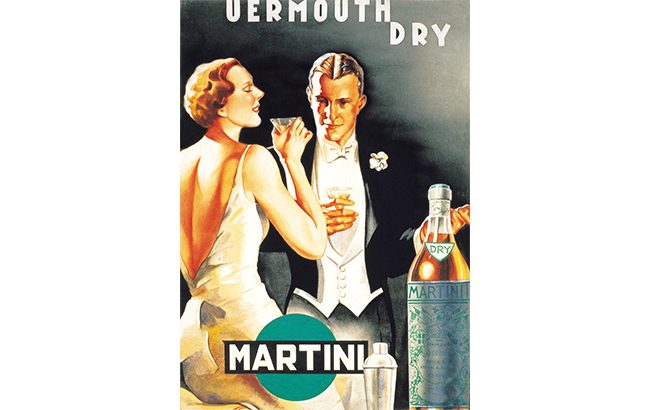 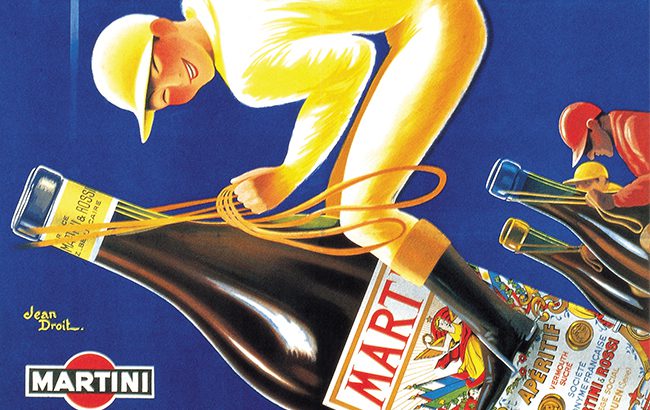 1972 – The brand begins its long-running sponsorship of Formula 1 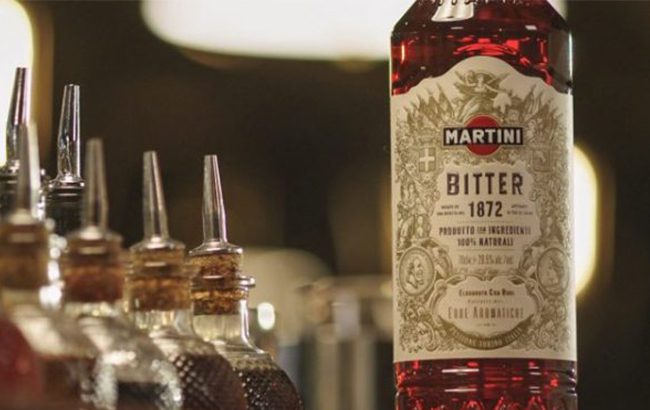