Austin may have a worldwide reputation as one of the best cities for live music in the US, but its cocktail scene has become a real talking point in recent times, boosted by an influx of talented bartenders. By James Lawrence. 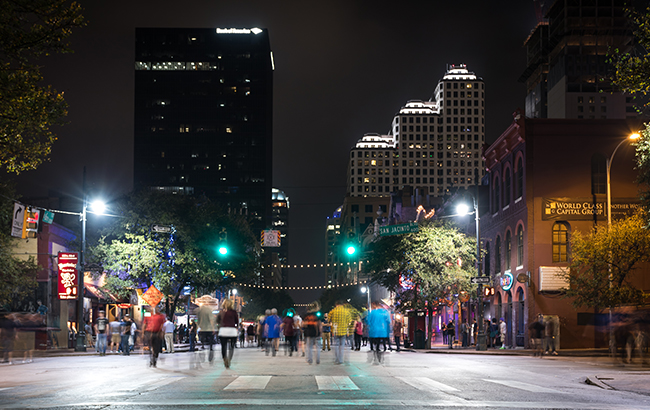 Once derided as a brash city full of cheap shots and louche clubs, Austin’s cocktail scene has exploded over the past five years, attracting raw talent from all over the US, and even the globe. Indeed, the self-proclaimed ‘weird’ city can now compete with the best, which is all the more remarkable considering the strict liquor laws that have straitjacketed the Texas state capital for many years.

However, while recent innovations, new upscale lounges and an influx of expert bartenders have kept things exciting, Austin is still mainly renowned as the ‘Live Music Capital of the World’. Today, more than 200 venues compete for attention, with many offering live music shows throughout the week. The longest-­running include Broken Spoke, Cactus Cafe, Stubb’s Bar-­B­Q and The Continental Club, although Austin’s nightlife has become far less centralised in recent times.

There are now pockets of excitement throughout the city – everything from the refined to the insane. Austin is also one of the few cities where leading cocktail bars proclaim ‘No Firearms’ at their doors, but you are in Texas, after all.

Despite Austin’s new-­found love of diversity, the majority of nightlife is still to be found on the infamous Sixth Street. There are three sections: West, East and what locals refer to as ‘Dirty’, which, as you’d expect, is full of dive bars, stag parties and less­-than­-salubrious destinations.

But whether you love it or loathe it, Sixth Street remains one of the most iconic streets in Austin, and a central part of this beguiling city’s incredible music scene.

Click through the following pages to discover the top five bars in Austin, Texas. 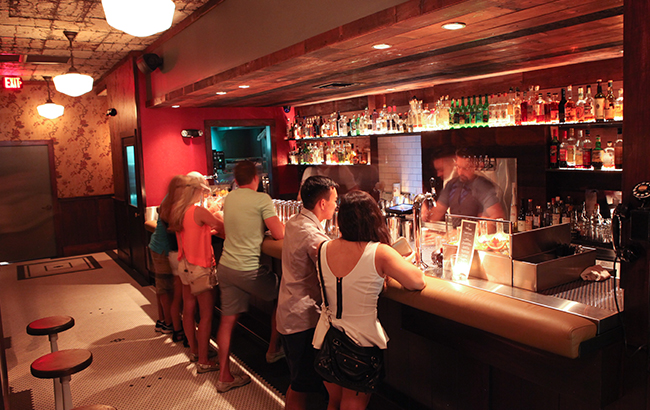 Half Step straddles the line, with considerable skill, between local neighbourhood haunt and venerable destination.

The cocktails are creative but unfussy, with a focus on natural ingredients and fine craftsmanship. The Ginger Paloma and its twist on a Margarita are stand­-out favourites, as is its huge patio space that showcases some of Austin’s best live musicians.

You’d be hard-­pressed to find a combination of these things at any bar in the city. 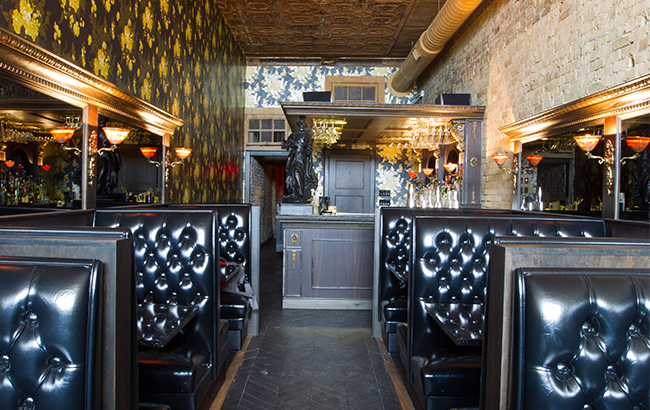 A reservation­-only speakeasy, Midnight Cowboy offers a welcome respite from the madness of Sixth Street on a Saturday night.

The soft lighting, bespoke service and superlative cocktails are all first rate, with a relaxed, serene vibe that feels more like Manhattan than Austin.

Yet its modern face belies Midnight Cowboy’s origins – the bar takes its name from the once-­secret brothel in the same location: Midnight Cowboy Modeling Oriental Massage. 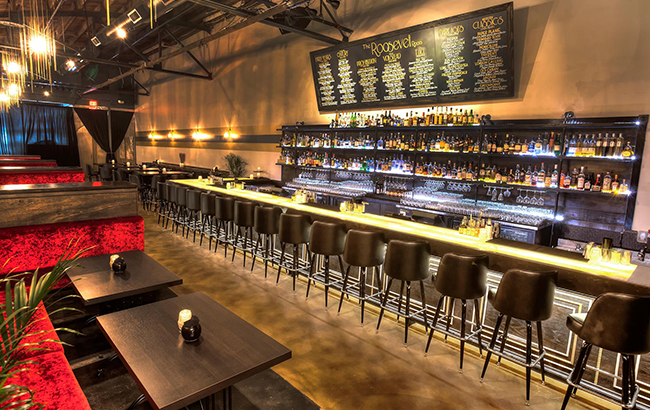 A self­-styled ‘classically modern’ cocktail bar, The Roosevelt Room celebrates both traditional and innovative approaches to bartending. It boasts a large Classics Board that features 53 classic cocktails.

But my favourites are the House Creations, particularly the Cigar Box, a mezcal-­based Old Fashioned with lapsang souchong syrup, lavender bitters, and tobacco essence (a tincture comprising the flavours of tobacco without any actual tobacco).

It is served on an ash tray and garnished with a torched cinnamon stick to emulate a cigar. 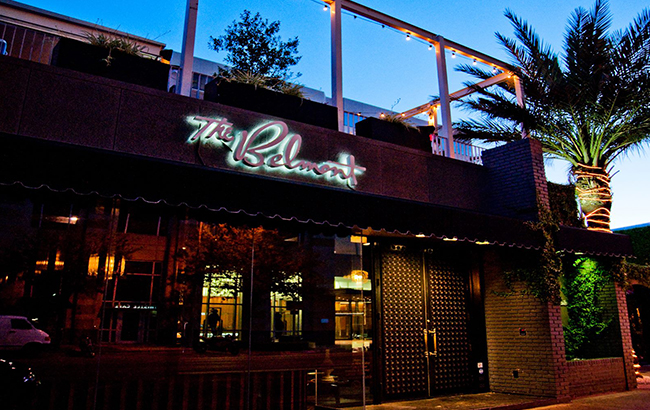 Justly celebrated as one of Austin’s leading live music venues, The Belmont boasts a beautiful backdrop for concerts and events. Whether it’s a big­-name act or an up-­and­-coming artist, The Belmont has it all.

Add excellent cocktails and friendly service, and it’s not difficult to see why this iconic venue is always packed.

The Lobby Lounge at Four Seasons 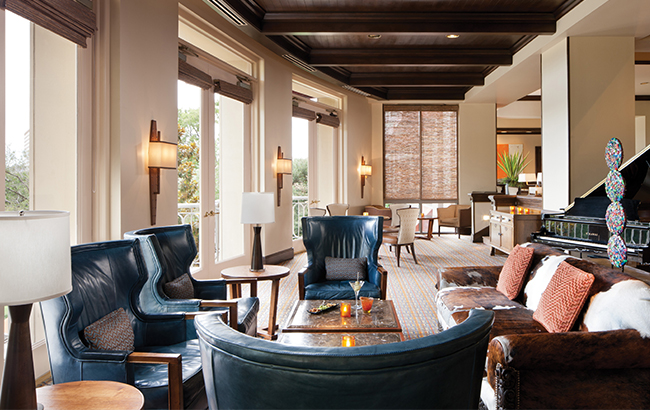 Known locally as ‘Austin’s living room’, The Lobby Lounge serves a range of creative cocktails in a serene, relaxed environment.

Indeed, The Lobby Lounge proudly offers a more sophisticated alternative to the madness of Sixth Street – elegant yet understated décor, and dramatic views of Lady Bird Lake make The Lobby Lounge one of Austin’s most glamorous nightspots.