It may be one of the biggest markets in Europe, but Germany has a conservative drinking culture, with tried and tested brands being favoured. A spirit of adventure, however, is slowly starting to permeate the country, writes Claire Dodd. 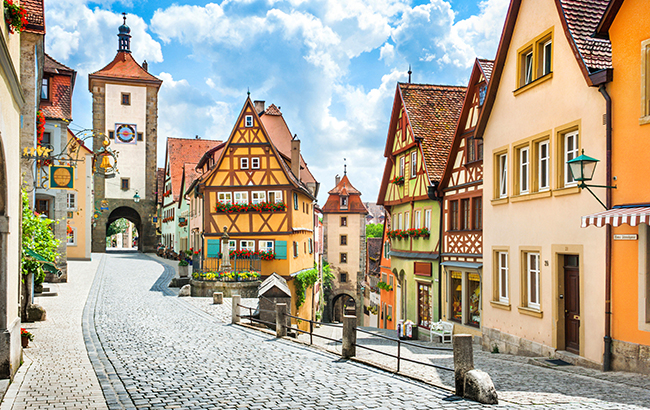 “In the past, people looked to Germany as a bit of a paradox because it was the largest economy in Europe and yet one of the lowest for international spirits. It still has a very strong local spirits market. So for international brands there’s still a lot of room to grow. Germany has potential. That’s what we see.”

Looking at Germany’s best-­selling spirits brands (see the following page by Euromonitor), there’s no doubt that such an assessment of this insular market rings true. Three of the top five brands are German; from vodka to brandy to herbal liqueurs, it’s a snapshot of long­-held German tastes. Anyone who has visited this European stalwart will know that traditional fruit liqueur stores abound, and hyperlocal products have long been favoured. But, of course, the reality is a lot more nuanced. And yes, this slower­-moving market is changing.

Considering the taste profile of homegrown power brands such as Jägermeister, it’s no surprise that bitter flavours appeal. It’s often the case that if consumers aren’t choosing German brands, they’re reaching for Italian. Pernod Ricard’s Italian half­-bitter Ramazzotti Amaro is one of the most successful spirits in Germany, says Christian Seel, marketing director of Pernod Ricard Germany: “In terms of sales figures, the brand has been the number-­one import spirit in Germany since 2002.”

And Ramazzotti Aperitivo Rosato and Lillet are experiencing “above-­average growth within a highly competitive market”, says Seel, thanks to “the continuing trend for lower-­abv drinks. Lillet could even double its consumer reach in the growing apéritif market while developing a loyal consumer base and engaging premium shoppers.”

International powerhouse Campari, as the fifth-­biggest player in the market, is well placed to reap the benefits of such entrenched tastes, despite the fact that “super-­premium categories are not as developed here as in other markets,” as Kathleen Schuart, Campari’s senior director of marketing and sales, on-premise in Germany, points out. The company’s Averna Amaro brand is growing significantly, according to the company. And Aperol is the fifth-­biggest spirits brand nationally by volume.

But times – and tastes – are changing, says Schuart: “Unlike consumers in the US or the UK, Germans tend to prefer a smaller set of brands that offer premium but still affordable products, rather than try new flavours, products or trendy drinks.”

No flavour fads here, then. The onus is still on tradition. “There are historical brands that still have significant pull in the German market – brands like Campari or Ouzo 12 – and it is harder to have successful flavour or innovation launches here,” Schuart adds.

“With each generation of consumers there is a gradual trend towards more international products, such as rum or vodka brands over local products like fruit brandy or korn. There are strong premiumisation trends in whisky, gin and apéritifs.

“As in other markets, consumers are drinking less than their predecessors. Apéritifs have benefited from this trend because of the low abv, but also the liquid’s lighter texture compared with beer.”

Schuart has a point. In a market that is experiencing slight spirits volume declines of ­0.69% (Euromonitor), there are a number of categories that are gaining ground. And the one creating the most excitement and a large number of launches is, surprise surprise, craft gin. In this, at least, Germany is following European trends.

Brands such as Elephant Gin, Monkey 47, Ferdinand’s Saar, and now a plethora of hyper­local brands using botanicals specific to their region are starting to emerge – and export.

German potato-distilled gin Windspiel launched in the UK in mid­-2016. It claims that the volcanic rocks the potatoes grow among give it a unique flavour. Is this love for the category presenting elusive opportunities for international brands?

According to Diageo, the past couple of years have seen significant growth for its gin brands in Germany, with Tanqueray and Gordon’s both performing above average. And while Pernod Ricard’s top three brands in the market are Ramazzotti, Havana Club and Absolut, the gin and tonic is seen as one of the new favourite drinks of the Germans, adds Seel.

Euromonitor analyst Florence Schmit says: “As the consumer group for gin is getting bigger, and thus demand is also growing, the opportunities for the off­- and on­-trade channels are increasing. Furthermore, several German distillers from southern Germany have attracted strong consumer interest recently, as they are producing interesting quality gins.”

But is the hype for German gin overblown? How much of the market does it really represent? Nick Blacknell of Havana Club says: “Gin is a long, long way behind rum, though there’s a lot of buzz about it. Germany is the lead market outside Cuba for Havana Club. It is a key market for us, at just over 900,000 cases. So it’s big. We’re growing at around 7% annually in volume at the moment.”

Why rum? Blacknell puts it down to exotic appeal. “For us, the Cuba thing still plays very strongly and there’s no reason to move away from that,” he says. “What we do need to do is to make sure the next generation of young consumers also gets the brand. It’s work we’re doing at the moment – freshening up how we portray Cuba.”

But though Germany is a market with some pretty long-­held preferences, there’s no denying the emergence of the craft sector as a whole. Euromonitor’s Schmit says: “Local microdistillers are emerging rapidly in the German market. Hence, craft spirits produced by local micro­distillers are gaining traction, but remained negligible in overall volume terms in 2016. The most notable types of locally produced spirits are gin, vodka and liqueurs. Held Vodka, produced in Berlin, is also enjoying rapid growth in consumer awareness, as well as Monaco Vodka by Munich Distillers and The Duke gin from Munich. The availability of these products so far remains restricted to some bars in large cities, such as Berlin, Munich or Hamburg, and to specialist distributors.”

Pacto Navio is extra­-aged rum finished in wine casks, which recalls a 19th­-century tradition of returning empty wine barrels imported to Cuba from France filled with rum. The expression is currently in limited test distribution.

In terms of other new launches, from March, Diageo will launch Baileys Almande in the region, aimed at a growing trend for healthy living. Made with almond essence and almond oil, the variant is dairy-free, gluten­-free and vegan. Pernod Ricard, meanwhile, is to launch its 2018 Ramazzotti Amaretto, inspired by Italian almond blossom, alongside two new ready-­to-­drink expressions – Absolut Mixt Guarana and Malibu Pineapple – both available from April.

So, the German market is changing. On the one hand, local craft brands continue to grow – slowly. But with such huge untapped potential earmarked by international brands, local players can’t expect to have the market to themselves for much longer.

Perhaps Havana Club’s Blacknell puts it best: “Germany is an interesting market, because it is completely different, dare I say, from anything else in Europe. It is not developed in the same way as other European markets, which is quite exciting for spirit brands as there is lots of potential for the future. And on top of that you have a big economy. But it doesn’t necessarily follow the rules. That makes it hard to market in.

“Getting it right is part of the challenge. You can’t go into Germany and expect it to be the same as France, Spain or the UK. Knowing the market and adapting international brands to the German market is the key to success. But there is no doubt about its potential.”

Click through to the following page to see the best-selling spirits brands in Germany. 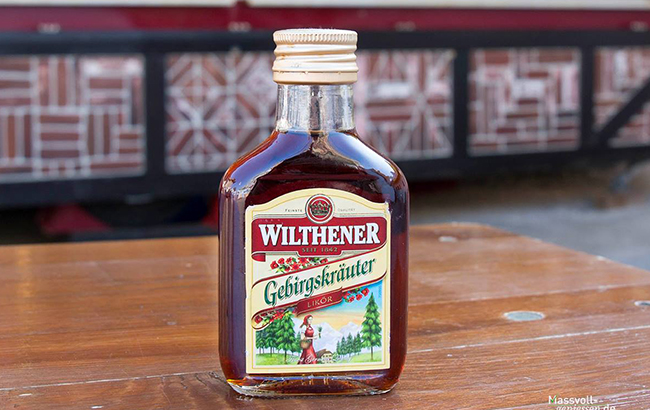