Analysis: Conviviality ‘victim of its own success’

How could a seemingly peerless company such as Conviviality collapse so dramatically? The Spirits Business traces the timeline of one of the most dramatic crashes in recent UK corporate history. 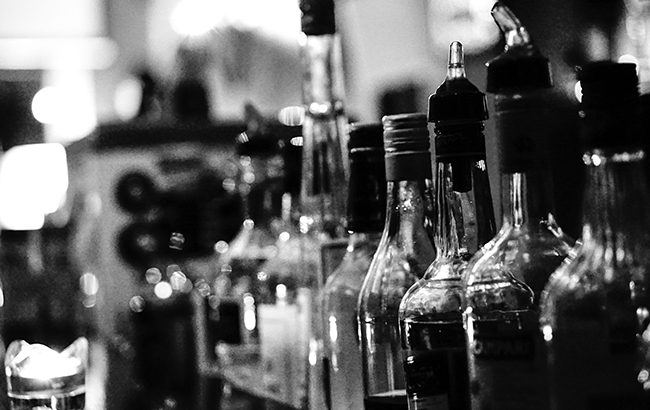 The Conviviality crash of March/April 2018 will go down as one of the quickest corporate collapses the UK drinks industry has ever seen. As recently as October 2017, the company sat on top of the hierarchy of the nation’s drinks wholesale and distribution market as its shares peaked at £4.25.

Conviviality was flying high on a raft of high-profile acquisitions over recent years, spearheaded by CEO Diana Hunter. The group splashed out £200 million to buy the UK’s largest independent drinks distributor, Matthew Clark, in 2015, swiftly followed the next year by the £60m addition of Bibendum to its growing stable. Every financial update from the firm reported strong growth, with sales almost doubling during its 2017 fiscal year to reach £1.56bn – largely attributed to its Bibendum takeover.

But by February this year, share value had drastically declined to £2.85 following Conviviality’s half­-year 2018 financial results, an organisational reshuffle and the acquisition of the Central Convenience business from WS Retail Limited in December. Analysts were none too perturbed and remained steadfast in their optimism for the group. Recuperation of share value would depend on the business’s turnover for the year, they said, and one of London’s leading independent investment groups, Shore Capital, was among those continuing to advise investors to “give management the benefit of the doubt. Buy”. And given Conviviality’s profitable track record, why wouldn’t they?

Less than a month later, on 8 March, the cracks were beginning to show. The Matthew Clark and Bibendum owner issued its first profit warning – two more would appear in the following weeks. A “material error” in the group’s wholesale division, Conviviality Direct, had forced the business to slash its full-­year 2018 financial forecasts by 20%, affecting its earnings before interest, taxes, depreciation and amortisation (EBITDA) by approximately £5.2m. Shares slipped to £1.23 and Shore Capital backtracked on its previous recommendation, urging investors to “hold”.

However, it was the discovery of an outstanding £30m tax bill payable to HM Revenue & Customs (HMRC) on 29 March 2018 that delivered the final, crippling blow to the company. The wholesaler suspended trading its shares on AIM – a sub­market of the London Stock Exchange – to generate short-­term funds of £8.2m. Mere days later, the once revered and influential Conviviality CEO Diana Hunter resigned with immediate effect, while non-­executive chairman David Adams was appointed executive chairman until further notice.

Then ensued the scramble to source the £125m lifeline needed to save Conviviality from bankruptcy – a sum the company’s investors refused to cough up. “The pace of these problems suggested to shareholders that, ultimately, it would be good money after bad,” said Phil Carroll, equity research analyst at Shore Capital. “There was a real feeling that it wasn’t the end of the issues.”

Conviviality’s efforts proved futile, and on 28 March the company confirmed its intention to appoint administrators from PwC. But it wasn’t just investors put at risk as a result of the company’s demise. At the time, Conviviality Direct was the UK’s largest independent wholesaler to the on-­trade, supplying more than 23,000 establishments, from high-­end hotels to independent restaurants and the 900­-plus JD Wetherspoon pubs.

Meanwhile, Conviviality Retail boasted more than 370 franchises, with 716 shops across its Bargain Booze, Bargain Booze Select Convenience and Wine Rack brands. Concern rippled through the drinks industry, as both on­- and off-­trade venues second-­guessed the future of their supplies – and the impending reality that thousands of jobs could be lost.

Carroll wrote in his company update at the time: “Suppliers to Conviviality are likely to have stopped supplying product now for fear of not being paid. All this puts intense pressure on the business, hence the need for some sort of resolution sooner rather than later.”

Matthew Clark and Bibendum tried to alleviate anxieties by assuring customers that it would be “business as usual”. “The immediate objective is to bring stability to the businesses and in time restore the group’s position as one of the leading and most respected drinks suppliers to the UK hospitality sector,” a spokesperson for Matthew Clark told SB. “Many of the main suppliers, including AB InBev, Carlsberg, Hatch Mansfield, Bacardi, Diageo and GBL, have all resumed normal supply, which will enable us to get our service levels back to where we want them to be for both our customers and our suppliers.”

The sale was much-­needed positive news for the thousands of on-­trade establishments reliant on the suppliers for their goods, and welcomed by trade body the British Beer and Pub Association (BBPA). David Wilson, director of public affairs at BBPA, said: “It is reassuring that the Matthew Clark element of Conviviality’s business has been secured so that deliveries to their pub clients across the country can resume. It is vital for suppliers and consumers alike that the wholesale market remains buoyant.”

Conviviality Retail was rescued from the throes of administration soon after by one of the UK’s biggest food wholesalers, Bestway Direct Limited, which bought the retail arm of the business, including Bargain Booze, for £7.25m. The remaining 2,300 jobs in jeopardy were confirmed safe, but Conviviality said in a statement: “It is with regret that the board notes that the companies are not expected to have sufficient assets to satisfy all their liabilities. The board also understand that the realisations will be insufficient to provide any return to shareholders.”

HOW DID IT HAPPEN?

In the aftermath of its downfall, the key question looming over the incident is how did a company like Conviviality, with its lofty ambitions and results-­producing acquisitions, unravel so spectacularly quickly?

“It was massively surprising,” admitted Carroll, who has been a research analyst on Conviviality since 2016. “Any new acquisitions bring risks to a company. Conviviality’s legacy model just wasn’t strong enough. Its control processes – how the business operates, financial control – weren’t enough at the time. The bottom line comes down to process and control failures.” Rather than being too ambitious, Carroll believes Conviviality was a victim of its own success – its intentions for growth were there, but its execution failed.

There have been several reports already published lamenting the negative impact Conviviality’s folding will have on the wider UK drinks industry. While it will take time for investors to regain trust in the market, long-term repercussions seem unlikely.

“I don’t believe Conviviality’s collapse will have a huge knock­-on effect on the UK wholesale drinks industry,” Carrol said. “In fact, the opposite; it gives room for others to expand. The new owners of Matthew Clark, Bibendum and Bargain Booze will have short-term issues to relieve – a lot of customers will have been starved of stock for a while – but I think they’ll have a prosperous future.”

However, it seems doubtful this will be the end of the Conviviality saga. With so many shareholders left out of pocket, could legal battles be on the horizon? Time will tell. For now, with jobs secure and new managers in place, the industry will be focused on damage control and ensuring the longevity of the likes of Matthew Clark, Bibendum and Bargain Booze. The top seat is there for the taking.