With rapid contraction of the US distribution belt, the route to market has undoubtedly become tougher for spirits. But the rewards remain as tantalising as ever, writes Tom Bruce-Gardyne. 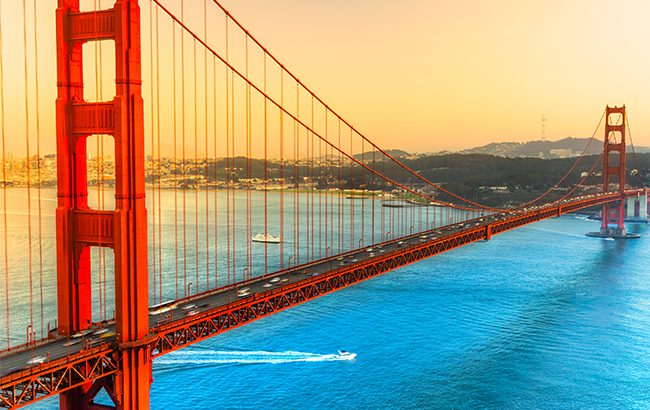 President Trump, America’s self-­proclaimed “very stable genius”, presumably has no problems with reading – that’s just fake news. Whether he has time to read wine­searcher.com while enjoying his (alleged) bedtime cheeseburger is unknown, but in November the website published a direct appeal to him and his family­-owned winery in Virginia with the words: “Listen up, Mr Trump, the proposed merger of the nation’s second­ and third­-largest alcohol distribution companies is bad for businesses like yours.” This is a reference to Republic National Distributing Company’s (RNDC) decision to merge with Breakthru Beverage Group.

If approved, the new RNDC­-Breakthru company would have sales of around US$12 billion, compared with US$17bn for Southern Glazer’s, leaving the two wholesale giants with an estimated 56% share of the US booze market. In 10 states, including Texas, Florida and Kentucky, the combined share would be more than 90%. How this will affect the supply chain remains to be seen, but many predict tough times ahead for smaller brand-owners, be they craft distillers or presidential wineries. As Ronnie Cox, brands heritage director for spirits at Berry Bros & Rudd (BBR), puts it: “Without big brands in your portfolio, it’s very difficult to get any sort of clout with these major players.”

Yet Chris Spalding, CEO of Edrington Americas, says: “At the end of the day, it’s the consumer who will choose if you’re successful or not. All the other stuff in between is about opening up valves. If you have a declining brand in a declining category it can be propped up for a while, but eventually it will fall off the cliff.” He points out that everyone can now access consumers through inexpensive media channels, and claims that “the retail trade, which used to only like big brands, is actually generally anti­-big brands”. Spalding thinks there will be an “alternative entirely focused on incubating small brands”, which he calls “skeletal” or “digital” distributors.

Among them is Liberation Distribution, or LibDib, set up by Cheryl Murphy in 2016 after 20 years marketing her family’s Californian wines. Murphy is frustrated with the existing mainstream route to market, and describes LibDib as “the first tech company to offer a three-­tier­-compliant web­-based platform to sell wholesale alcohol”. At present it distributes in New York and California, but aims to go nationwide within two years.

Ralph Erenzo, of Tuthilltown Spirits in New York state, says: “The problem with very large distributors is that they have targets for big brands. The salesman who walks in only has a limited time with the buyer and he’s going to be pushing that month’s incentivised brands. He’s not going to spend 40 minutes explaining some beautiful new craft spirit.”

Erenzo co­-founded Tulthilltown and its Hudson Whiskey brand in 2005, and says that being New York’s first whiskey distillery since Prohibition was a “great advantage, and being a maker I could jump the line of all the sales guys” when selling to restaurants and shops.

Five years of toil was rewarded with, in his words, “the phone call that every small distiller prays will come one day”. This was William Grant & Sons offering to buy the brand and take care of distribution, leaving Erenzo and his team to get on with what they did best – distilling. “When I started I thought of distributors as the devil,” he says, “but I came to realise they do know the market, and if you’re trying to get your brands into other states, they know the local laws.” He has no doubts that launching Hudson Whiskey would be far harder today, not that the army of fresh-faced, craft distillers appears discouraged. But one thing everyone soon learns is that being listed by a distributor is just the start. The real work begins after the deal has been struck, if you want to avoid being pushed to the back of the warehouse and forgotten.

“It’s very difficult when you’re small,” says Dennis Carr, CEO of Anchor Distilling Company, in which BBR now has a controlling share. “If you’re a brand from outside the US, you really need to find an import partner that has the resources and relationships with distributors to stand a chance.” As an importer, he worries about the sheer influx of new brands in recent years, and says: “It’s difficult to get sustainable attention for very long.”

Interbev, whose brands include the Old Pulteney and Speyburn single malts and Caorunn Gin, joined up with Sazerac in America in 2015. “Sazerac has a strong sales force and strong influence in the control states,” says Milo Thompson, who helps look after the US market. He is optimistic, despite the challenges of dealing with mega-­distributors. “You’ve got to be patient and super­-efficient with these guys to get any share of voice,” he explains. “You’ve got to plan 12­-18 months ahead.” It obviously helps being in growing categories such as single malt and gin, as opposed to standard blends, which seem to have spent Christmas in a dystopia of deep discounting.

When Southern Glazer’s was formed in 2016 as a result of a merger between Southern Wine & Spirits of America and Glazer’s Inc, Bacardi immediately put the new company in control of its US business, worth around US$1bn. Mauricio Vergara, the firm’s North America SVP, commercial, calls it “one of the most transformational things we’ve done as a company in the last several years. We really wanted to be a first mover, and if you look at the trend towards consolidation of distributors, Bacardi played a huge role in accelerating that.” Despite the inevitable disruption in year one, all of Bacardi’s brands grew in the US, apart from Grey Goose, with Bacardi rum (Superior, Gold and Black) up for the first time in seven years.

Two of its strongest performers were D’Usse Cognac, up by more than 50%, and Cazadores Tequila, which grew by 8%. “Before the transition we were operating as an alliance with Brown­Forman and Rémy,” says Vergara. “But Rémy had a Cognac and Brown­Forman had Tequila, so it was very difficult to get the focus and attention behind our brands.” The change in distributors has involved the marriage of two business cultures. “Right now with Southern, we truly operate under one plan,” he says. “We share score cards and KPIs, and if we make a bonus they make a bonus because we’re targeting the same numbers. We’re trying to integrate our back office to make sure that we’re more efficient, and we’ve been sharing talent by moving people into Southern. What’s been very good is being able to do this alignment while our competitors are stuck in the middle of two networks. It’s going to be interesting to see what Pernod and Diageo do.”

The first to follow Bacardi and team up exclusively with Southern Glazer’s was Campari America in early 2017, creating what Dan Butkus, vice-­president of sales, calls “an extended enterprise”. He says: “I think we’re fortunate now to be a strategic supplier with the largest wholesaler. To partner at that level takes a tremendous amount of trust and communication.” Butkus believes the uniqueness of brands like Campari and Aperol offsets any lack of scale, and reckons there’s more to distributor relationships than the bottom line. “There’s obviously the financial side, but I think it’s more about a shared longterm vision and similar culture,” he says.

Patrick Piana, Stoli Group’s CEO for US and Canada, reports year­end value growth of 2.6% for the company’s namesake brand, despite the vodka category shrinking. “We’re a small to mid-­sized company, and to keep the share of mind we have to always be performing and innovating. We need to improve not only our bottom line, but their bottom line,” he says of the firm’s distributors. “As long as we do that, then our brands will be extremely relevant to them.” Last year’s partnership with the Hollywood action thriller Atomic Blonde certainly helped Stoli punch above its weight.

Piana claims the three-­tier system has “led to the creation of a very healthy, dynamic, innovative and profitable wine and spirits business for all three tiers”. He also believes the system will evolve, but endure. Butkus agrees, saying: “It’s heavily fortified and protected by laws that won’t go away.” In his view, this will prevent Amazon, which sells spirits through Amazon Prime and the 460 Whole Foods stores it acquired last year, from killing off the middleman.

“Online sales are still underdeveloped in the states,” says Cox, and Vergara claims: “It’s the big unknown, what’ll happen to e­-commerce and the likes of Amazon, because I think that’ll be the force that disrupts the system.” Yet he wonders whether the big distributors will evolve into retail since they have “a big competitive advantage in terms of data and understanding brands and consumers”.