The long-term benefits of sustainability in distilleries

Sustainability is a hot topic right now, but distilleries are determined to show that it is no mere passing fad. The Spirits Business speaks to spirits producers who are going the extra mile to strengthen their environmentally friendly processes. 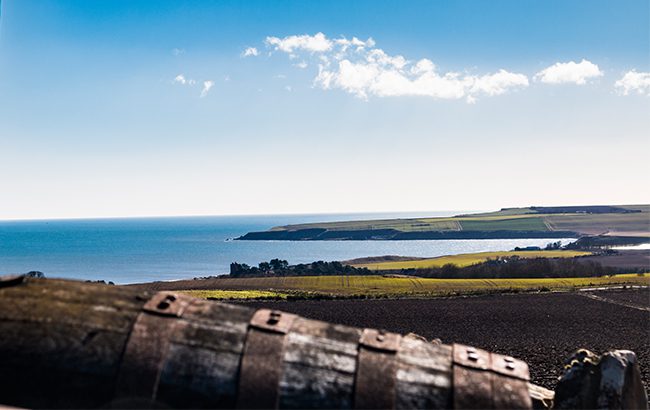 Spirits producers are learning that sustainability is not just in the best interest of the environment but it’s also beneficial for business. The issue of sustainability has been around for a long time but in the past five years the industry has undergone something of an energy revolution. The benefits are numerous; being consistently aware of the environment helps distilleries cut back on long­term costs, appeal to new markets and improve brand image.

As consumers become more interested in the origins of their drinks, and as corporate and social responsibility policies increasingly dominate business discussions, producers of all sizes are exploring how to make their supply chains more sustainable.

“Consumers and, in particular, the fabled ‘millennial’ generation are looking for more than just a quality liquid,” says Adam Hunter, commercial manager at the single­-estate distiller Arbikie. “They want to know about your distilling ethos, how you source your liquid, and what your carbon footprint is.”

“Sustainability within the industry is key,” Hunter adds. “Alcohol always follows food trends, which placed sustainability at the forefront of consumers’ minds. It’s only a matter of time before this becomes a mainstream issue in drinks. Whether you’re a major brand or a small start­-up distillery, your approach to sustainability will only increase in importance.”

Katy Macanna is brand manager at Ian Macleod Distillers, producer of Glengoyne. She says: “Consumers are increasingly interested in what a distillery is doing to ensure that they are producing in as sustainable a way as possible. This comes as news headlines turn ever more to the environment, meaning that each person has an increasing responsibility to look after the planet.”

And when it comes to reducing environmental impact, spirits makers are taking many approaches. One of the biggest players in the sustainability game is Bacardi, which has championed the approach since the beginning of the company, more than 155 years ago.

The Bermuda-­based group launched an ambitious environmental sustainability initiative called Good Spirited, with specific goals in sourcing, packaging and operations. The firm cut its greenhouse-­gas emissions intensity in half in 2016 – more than a year earlier than its end­-of­-December-2017 target.

“We are constantly exploring how to be more efficient in the way that we use every drop of water in our process, so we keep exploring and elevating all of our initiatives,” says Bacardi’s global sustainability director, Julio Torruella, “not only taking into consideration reducing the impact to the environment but making sure that we are adding value to the business.”

The company has made a wealth of changes as part of its sustainability mission: installing biomass boilers at its Tequila Cazadores, Aberfeldy and Royal Brackla facilities, and fuelling them with renewable organic material; harnessing wind power to produce Bacardi rum in Puerto Rico; and introducing a ‘green’ distillery for Bombay Sapphire. Other such initiatives include the creation of an energy­-efficient blending­-and­-shipping centre for Dewar’s and William Lawson’s Scotch whiskies.

Trade group the Scotch Whisky Association (SWA) launched its Environmental Strategy in 2009 with numerous targets to push sustainability – including reducing greenhouse­-gas emissions, moving away from fossil fuels, sending no waste to landfill by 2020, and managing water requirements effectively – and remains the only strategy in Scotland that covers a whole business sector.

Sustainability is also important to Pernod Ricard’s Scotch whisky arm, Chivas Brothers, which operates the Dalmunach distillery in Speyside. The distillery has been built using environmentally conscious technology, such as heat­-recovery systems.

“We’ve made a commitment to a 100% green tariff on all electricity used by the business, sourced from wind and hydro in Scotland,” says Ronald Daalmans, environmental sustainability manager at Chivas Brothers. “We’re also aiming for further decarbonisation of our fuel supplies, moving more remote sites from oil to gas.”

At Dalmunach, energy­-efficient wash and spirits stills have been installed to “reduce energy usage at the distillery by 40%”, adds Daalmans. “This is a significant saving, compared with the industry benchmark of distilleries with a number of stills.”

Single­-estate distilleries, such as Chase and Arbikie, conduct almost all stages of production on site, including growing, fermenting, malting, distilling, maturing, bottling and labelling.

“If you are a single estate, by your very nature you will be more sustainable and environmentally friendly in comparison with other distilleries that may be sourcing their white spirit from India, botanicals from Africa and their bottles from China,” says Arbikie’s Hunter.

James Chase is marketing director and founding family member of Chase Distillery, which claims to be the UK’s first single­-estate distillery, having opened in 2008. “We opt out of buying in ready­-made, neutral grain spirit, and in our quest for traceability in the industry, only use locally grown ingredients from our fields for all base spirits.” The Herefordshire-­based distiller has also invested in a biomass boiler powered by woodchips grown on the farm, and a cooling system designed to “dramatically increase” water efficiency.

Similar to Chase, GlenWyvis, Scotland’s ‘first’ community-­owned distillery, which is “100% powered by green energy”, is located on a farm, using its links to agriculture to remain sustainable. The by-­products are recycled and used as food for the farm’s cows. “All energy is produced using renewable techniques – hydro, wind and solar, are all in place – and the advanced heating system will be powered by chip biomass,” says John McKenzie, founder and managing director of GlenWyvis. “The distillery has been built on a unique site that harnesses all that Scotland’s weather can throw at us – wind, sun or rain. It was very important to us not to use oil or gas.”

When it comes to responsible water use, the Glengoyne Distillery was the first distillery in Scotland to trial the wetlands, and focuses on creating less waste and energy, and encouraging more wildlife to thrive in the countryside surrounding the distillery. “The Glengoyne Wetlands – a set of 12 individual wetland cells containing more than 14,000 types of plants – allows us to treat our waste naturally and not transport it off site,” says Katy Macanna. “The reed beds are used to filter and cleanse the effluent from the spirit stills and dispose of it environmentally. Once the effluent has undergone anaerobic fermentation, the clean water is returned to the distillery river, free from any harmful chemicals.” The wetlands also “increase biodiversity, attracting a number of species to the site”, including Moorhens, songbirds and dragonflies.

But implementing sustainable schemes can come with its challenges. “One of the biggest challenges for all businesses is finding a balance between sustainability and profitability,” says Chivas Brothers’ Ronald Daalmans. While higher­-carbon fuels may be cheaper, he says: “We know that by making these investments now, we will reap the benefits of being more efficient long into the future.”

Fiona Johnstone, whisky sector lead at the Scottish Environment Protection Agency, says the law needs to be adapted to the more modern eco-­friendly operations that distillers are utilising. “One of the biggest challenges can be the inflexible nature of legislation, which has not kept pace with changes in technology or is required to cover such a broad scope that bespoke solutions do not fit. Any new sustainable scheme must be developed in a manner that ensures the outside benefits are not negated by off­site impacts,” she adds.

And the sustainability goal extends beyond offices, distilleries and distribution sites. The next step for Bacardi’s Torruella is to “look beyond its four walls”. He says: “The reality is that probably more than 70% of the impacts of our products is happening outside. It’s easy for us to see the things that are happening in our facilities because those are 100% under our control. So one of our biggest challenges now is how to respond to the impact.

“So in the case of rum, which goes from the sugarcane fields to the bar, how do we ensure that we take that into consideration? It’s our responsibility to work with our partners and stakeholders and erase the percentage of unsustainability that’s out there.”