America’s powerhouse Bourbon brand has been around for a long time and, as The Spirits Business discovers, it shows little sign of slowing down. 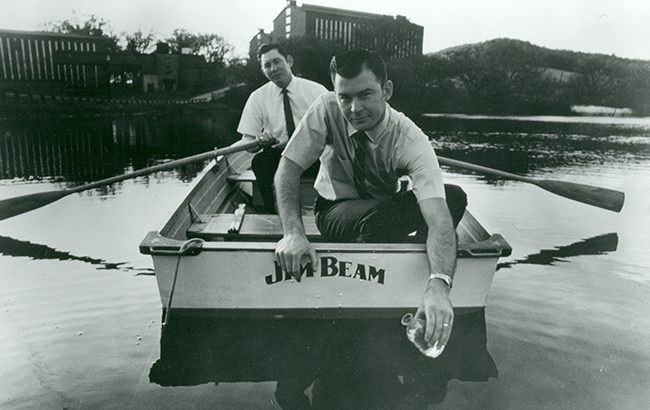 Older than Johnnie Walker and with the founding family still involved, Jim Beam certainly has pedigree. Megan Frank, VP of global marketing, pays credit to the brand’s 220­-year history, which stretches from founder Jacob Beam to current master distiller and direct descendent Fred Noe III. “Those family roots and that legacy, and the fact the family is still very much involved, are key differentiators,” she says. “It’s one of the reasons we’re the world number one Bourbon today, and produce more than 50% of all the Bourbon in the world.” Jack Daniel’s, lest you forget, is a Tennessee whiskey.

The American whiskey renaissance is barely 10 years old in its home market. In previous decades, brands such as Beam struggled to recruit new drinkers in the face of that most modern and mixable spirit: vodka. The category only began growing strongly after the financial crash, climbing by 35.6% in volume and by 50.5% in value in the five years to 2016, according to the Distilled Spirits Council of the US.

Why did millennials embrace Bourbon? “There are a number of factors,” says Frank. “One is around authenticity, and Jim Beam personifies that. Many Bourbon brands have heritage and craftsmanship, and this differentiates Bourbon from other categories. Then there is the flavour profile, versatility and mixabilty of Bourbon, which plays well in cocktail culture. It’s enjoyable neat, on the rocks or mixed. And the third factor is around innovation, which continues to provide a dual benefit: recruiting the next generation of drinkers, while providing existing whiskey-­drinkers with different ways to stay engaged.”

Beam has been very innovative of late, having just launched Jim Beam Vanilla following Apple last year, when it also released Jim Beam Black. The latter joined Double Oak and Devil’s Cut to strengthen the brand’s premium portfolio, which Frank describes as “a great way to retain consumers in the Jim Beam franchise as they trade up”. This has certainly been a big category trend, with super­-premium sales doubling in the past four years, according to the Distilled Spirits Council. Jim Beam’s US volumes were 4.5 million cases in 2016 out of a global total of 8m, and are “up more than 16% this year”, says Frank. Three quarters of that is Jim Beam White Label, which is up by 12%, so there are no signs of the mother brand being cannibalised.

Provenance, like craft, is a buzzword right now, and Frank says: “Our Kentucky and American roots are certainly the core of our DNA. I would say, though not in terms of patriotism, that we personify the values of America – that sense of aspiration, perseverance and hard-work, of being genuine and grounded.” By way of example, she cites the Beam family’s “foresight and vision to rebuild the distillery after Prohibition in less than 120 days”.

Talking of ‘craft’, Frank says: “I do think the big, mainstream brands really did drive that revolution.” Not everyone would agree, and may argue that the movement was and is a reaction against all that is ‘big’ and ‘mainstream’. Later, Frank explains her belief that “we are now seeing the pendulum swinging away from ‘craft’ to more mainstream brands”.

Whatever the truth, Jim Beam’s deep roots have served it well. The new wave of boutique Bourbons may have novelty on their side, but none can claim two centuries in the making.

Jim Beam helped pioneer flavoured whiskey with its black cherry Red Stag in 2009, though first off the blocks was Wild Turkey American Honey two years earlier. Producers had witnessed the explosion in flavoured vodka and wanted a piece of the action, and, through flavours, discovered a growing fan base of women. Before Red Stag, many identified Jim Beam as the tattooed, macho spirit from the cult movie Easy Rider. “In 2009, we did some research on flavours, and cherry had the broadest appeal across demographics,” explains Frank. “Our mission is not to be the flavoured brand. We want to be deliberate to drive incremental growth.”

Asked if flavoured whiskeys are really about attracting people who prefer the image to the taste of Bourbon, she says: “No, I think it’s more about drinking occasions. Flavours allow you to recruit new drinkers, but probably more importantly they allow you to expand the brand into new occasions.”

As for who’s drinking them: “It depends on the flavour, though some do over-­index on female and multi­cultural consumers,” she says. “As a category, innovation has slowed down, so I don’t think there will be an over­-reliance on flavours. I think everyone’s learned from what we’ve seen in the vodka category.”

So there appears to be little danger of a whipped cream and marshmallow whiskey any time soon, but what of exports, where Brown-Forman brands tends to dominate? Frank is having none of that: “We’re outpacing Jack Daniel’s in the developed markets,” she retorts. For Jim Beam, ‘developed’ means the US, Germany and Australia where “we’re the number­-one spirits brand”. She also talks of “incredible growth in markets like Japan, Eastern Europe and Mexico”.

However, she does accept there is a need for consumer education to explain the category, since American whiskeys tend to be lumped together, with Jim Beam and Jack Daniel’s rubbing shoulders on the shelf. “‘Bourbon’ is certainly part of our DNA and particularly in export markets it is a key differentiator,” she says.

Of course, brands prefer talking about themselves, and in its marketing Jim Beam has employed stars such as Bette Davis, Elliott Gould, Sean Connery and now Mila Kunis. “We’ve been using Mila less as a celebrity and more as a role model,” says Frank, who sees a natural fit between the actor and a brand she describes as “inclusive, warm, welcoming and approachable”.

And as for its lifecycle, and signs of slowing down? “We’ve just hit our stride,” she says. “The best is yet to come.”

Click through the following pages to see the timeline of Jim Beam’s brand history. 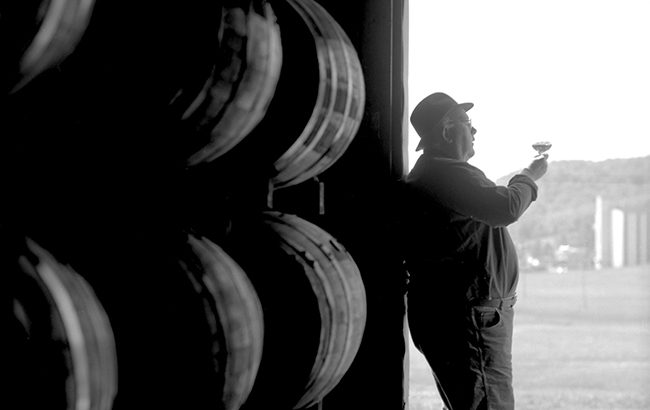 1965 – The millionth barrel of Jim Beam is filled 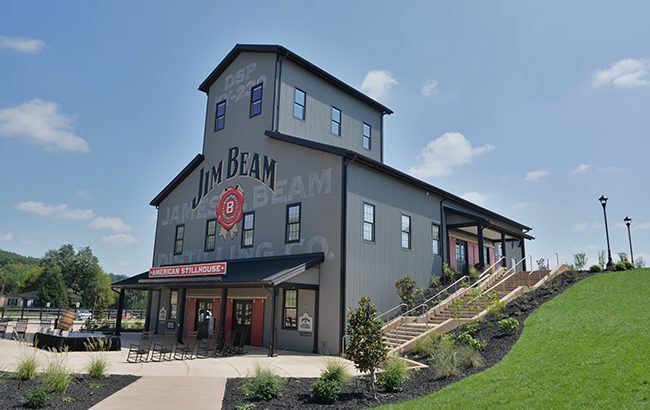