Female bartenders at the top of their game

To mark International Women’s Day, The Spirits Business is celebrating the talents of 10 pioneering female bartenders from around the world.

International Women’s Day (8 March) serves as an important reminder of the work that has already been done in the fight for gender equality – and also highlights that a good deal still needs to be done.

The on-trade is largely a progressive sector – particularly in its acknowledgment that further advancement is needed to establish gender parity for both staff and consumers.

Indeed, last year the bartender collective P(our) hosted a conference dedicated to exploring gender, and questioned whether the industry promotes equality, and if not, asked what could be done to change this.

Of course, men and women both contribute to what is a thriving cocktail scene, but international bartending competitions and global awards are often spearheaded by a predominantly male force. Last year, just two women were included in the International Bartender of the Year longlist for the Spirited Awards in New Orleans.

Here, we shine a light on 10 trailblazing bartenders, bar managers and bar owners from around the world – all of them women. Of course there are many more talented women not included – and we raise our glass to them today, on International Women’s Day!

Click through the following pages to read about the stories of 10 leading female bartenders. 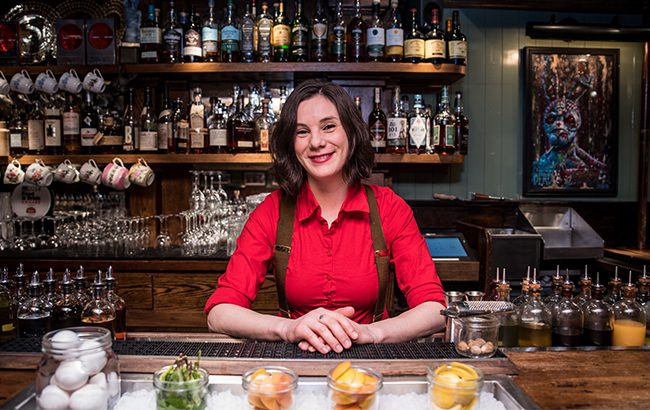 Vose, who grew up in Cape Cod in Massachusetts, began working in the industry after stints in the fine-dining world. Her interest led her to gain a Level One Court of Master Sommeliers Certificate and take part in a five-day Beverage Alcohol Resource (BAR) course. Her previous roles included bar manager at Death & Co, where she was responsible for running the bar programme. At the same time, she served as a whiskey ambassador for Campari America, co-managing its Women & Whiskies programme. 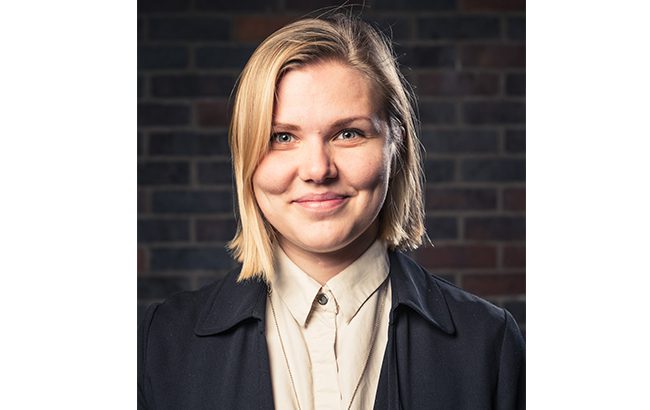 Sweden-born Mia Johansson got her start in the industry with the opening of Mark’s Bar at Hix London. After a year working for Nick Strangeway, she moved over to Milk and Honey in London where she became the staff trainer.

With her fiancé Bobby Hiddleston, Johansson flew across the pond to create the bar for Lafayette Grand Café and chef Andrew Carmellini. After two years in New York and with dreams for their own venue, Johannsson and Hiddleston opened Swift bar in London’s Soho, where she is currently owner and general manager.

Most recently she won the Imbibe Bar Personality Of The Year 2018 and has been nominated in the upcoming Class Awards. 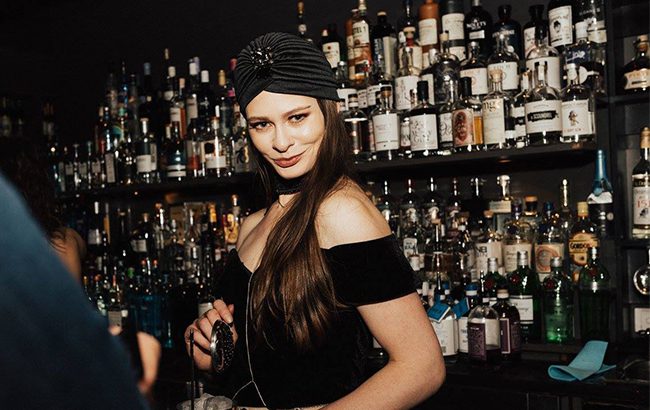 Brew is the manager of classic Melbourne lounge bar Gin Palace, which boasts, unsurprisingly, an impressive collection of gin.

She is the third manager in the venue’s 20-year history, taking over from renowned bartender Shaun Byrne, who left to focus on his Maidenii Vermouth venture and bar consulting.

Brew even scored Time Out Melbourne’s 2018 Bartender of the Year for “her talent at making everyone feel like they’re the most important person in the room”. 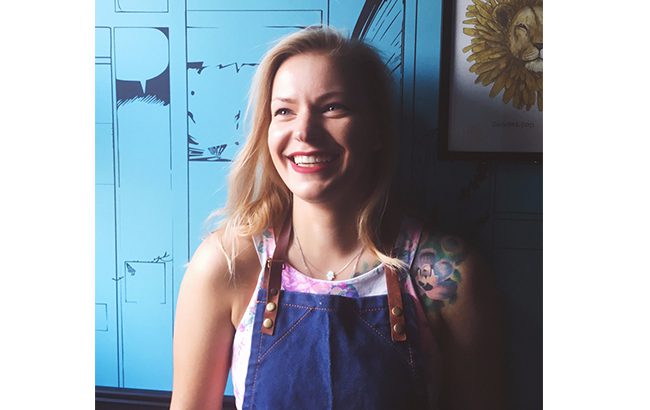 Jaworska joined the Lyan team back in 2015 to run the Black Lyan coffee pop-up when she was relatively new to the world of cocktails, having previously worked in coffee for three years.

After the pop-up finished she went off to do her own thing but got lured back into the Lyan world and joined the White Lyan team, where she managed the last months of White Lyan. She then helped to open new venues Super Lyan and drinks-led sustainable restaurant Cub (on the site of the former White Lyan) as general manager, which she oversees today. 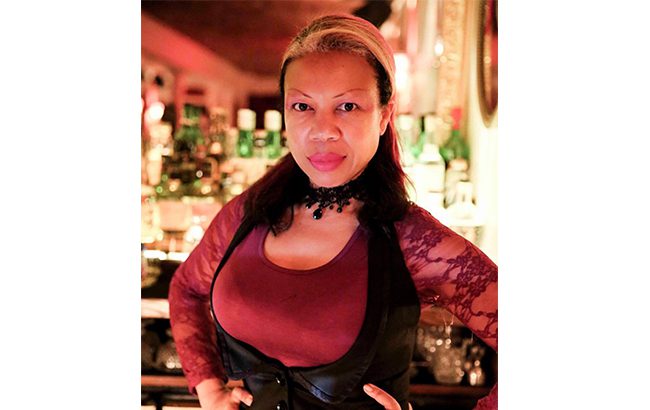 Marshall was part of the opening team at the hospitality-driven Brooklyn bar The Clover Club – under the guidance of industry veteran Julie Reiner – where she worked for three and a half years before moving to the iconic Monkey Bar and then world-renowned Irish whiskey bar The Dead Rabbit in New York.
Last year, she took up the role as beverage director at Le Boudoir, a lavish Marie Antoinette-inspired venue in Brooklyn. 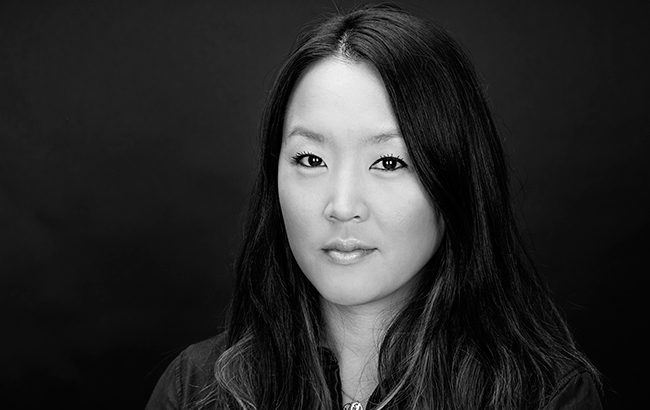 Norwegian bartender Monica Berg began working in bars at a young age, but it was when she moved to London in 2013 that she got her first big gig, at Jason Atherton’s Pollen Street Social.

Berg also established the P(our) collective – a bartender collective that explores a wide variety of issues in the industry – with the likes of Alex Kratena, Simone Caporale, Ryan Chetiyawardana and Jim Meehan.

She also curates the bar and spirits programme at Oslo-based micro-distillery bar Himkok. The speakeasy-style venue is known for producing seasonal varieties of aquavit, gin, and vodka. 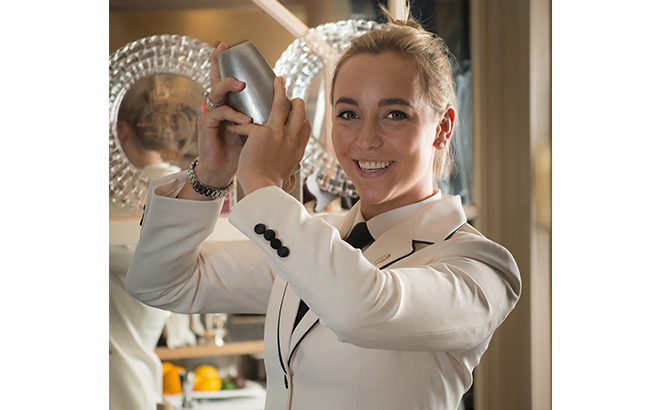 English bartender Philippa Guy made waves in the industry when she was promoted to senior bartender at The Savoy’s American Bar in 2017, making her the first woman in the role for 100 years.

A chance meeting with Declan McGurk, bar manager at the American Bar at The Savoy, led her to join the team in 2015. She then swiftly moved up the ranks to senior bartender. 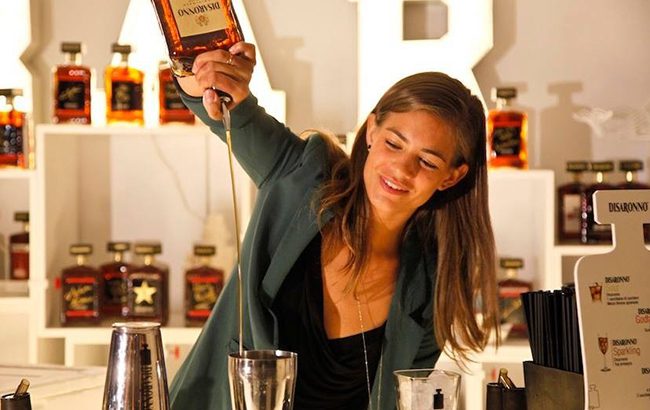 Dutch bartender Tess Posthumus fell in love with mixology after moving to Amsterdam from her hometown of Breda, where she worked in catering, events, restaurants and bars. In addition to studying at the University of Amsterdam, she joined the team at Door 79 in 2009.

A regular on the cocktail competition circuit, Posthumus has reached the Dutch National finals in Diageo World Class and was one of four Dutch winners in Bombay Sapphire’s Most Imaginative Bartender competition.

She was also nominated for International Bartender of the Year at Tales of the Cocktail’s Spirited Awards In 2016, and has written a cocktail book, called Cocktails met Tess. 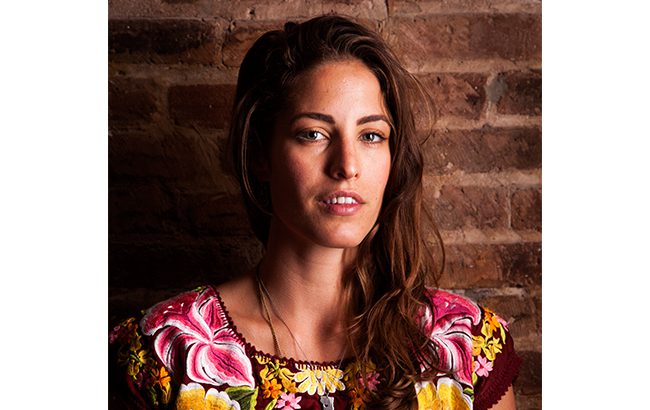 Mix’s career with spirits started when she went to Guatemala during her freshman year at college and fell in love with a bar called Café No Sé. Intending only to remain in Central America for a few months, long enough to learn Spanish and do volunteer work, she ultimately lived there on and off for the next four years.

In 2008, she moved to New York and soon found herself behind the bar at cocktail hotspots Fort Defiance, Lani Kai, and Clover Club.

In 2015, Mix co-opened Leyenda, a pan-Latin cocktail bar in Brooklyn, where she is head bartender. Along this journey, she was named one of Zagat’s 30 Under 30 top bartenders in New York City in 2012 and Best American Bartender 2015 at Tales of the Cocktail’s Spirited Awards. 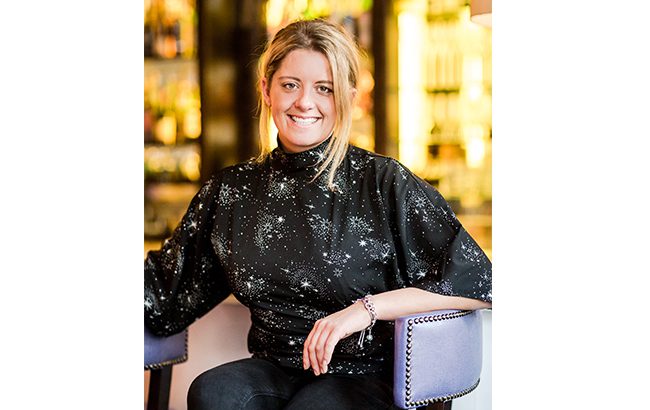 Sebastian joined world-renowned Artesian as bar manager in November last year, along with Remy Savage, who was appointed head bartender.

She joined after a successful tenure at the helm of The Savoy’s Beaufort Bar, where she not only led the team to its 2015 Best International Hotel Bar award at Tales of The Cocktail but was also named last year’s Bar Personality of the Year by Imbibe magazine.

The duo announced their first cocktail menu in December, called Cause, Effect & Classic Cocktails, which is described as an “interpretation of some of the world’s most iconic drinks”.

For their next menu, Sebastian and Savage are seeking input from members of the public to develop a new drinks menu inspired by metaphysics and statistics.

Artesian’s female members make up a large proportion of the team with 12 out of 22 female, from bartenders and floor staff to hosts and bar backs.