Rum’s sales may not be soaring, but there is a huge opportunity for brands to position high-class expressions in the luxury segment. Alice Lascelles speaks to those who are making plans to tap into this fledgling market. 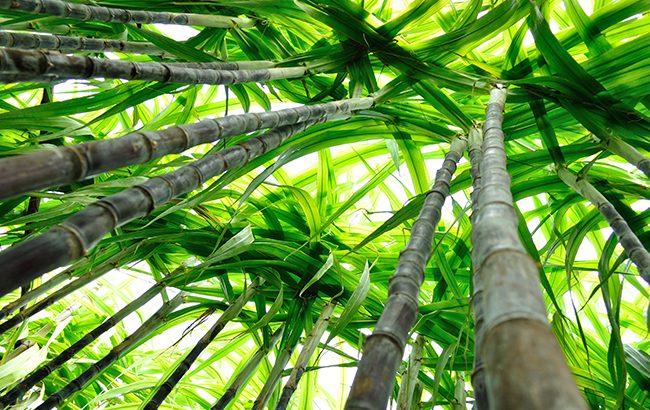 In some lights, rum looks like a category in the doldrums. In 2015/16 global off-­trade sales were almost flat, according to market research provider Euromonitor, growing just 0.3% by volume. The year before that they fell by 1.2%. It’s a different story, though, if you look at the value figures: in 2015/16 rum grew by 3.6% overall, with luxury rum climbing by 4.4%. Do the maths, and it’s clear that the world’s third­-largest spirits category is finally falling in line with the trend for premiumisation, and making a gradual move upmarket. But what took it so long?

“Historically, rums haven’t had the backing of major spirits groups, and with so many different geographical origins and local brands, it has been rather slower than other categories to premiumise,” says Nick Blacknell, global marketing director for Havana Club. “A mixture of inconsistent regulation around the world and a lack of consumer education have also slowed the progress of rum in establishing itself as a strong alternative to other high­-end dark spirits, such as Cognac and single malt Scotch.”

But all that’s starting to change. This year, Havana Club unveiled the second edition of Tributo, a limited-­edition sipping rum aimed at dark-spirits connoisseurs and collectors. Limited to 2,500 bottles, and priced at around €250 (US$294), this prestige expression is to be re­issued each year based on a slightly different blend – a model that echoes Diageo’s collectable Special Releases range, which sees limited editions from some of Scotland’s most famous distilleries released in new incarnations each year.

Not to be outdone, the world’s number­-one rum, Bacardi, also raided the family cellars not long ago to create the Facundo Collection (pictured below), a limited­-edition range of four ultra­-premium sipping rums priced from £40 to £300 (US$52-US$394). While the Facundo Collection was a one-­off, it served as an indicator of the company’s growing focus on the sipping market, where it’s been increasingly pushing its golden SKU Bacardi 8 Year Old with a variety of bespoke glassware and signature twists on the slow-­stirred Old Fashioned.

“We know a third of premium spirits buyers are already purchasing rum, but of those only 25% purchase premium rum,” Ned Duggan, global vice president of Bacardi Rum, says, quoting a Nielsen study. “So it’s clear that they are willing to pay more but they are not finding the right offering, which represents a big opportunity for the category.”

The digestif moment has been key to “double-­digit growth” for rum’s best-­selling super­ and ultra­-premium rum Ron Zacapa in the past year, says marketing director Montserrat De Rojas. “Zacapa does not act like a rum, it acts more like a luxury dark spirit as it is often consumed in moments where people would enjoy whisky and Cognac, for example, in after-­dinner drinks,” he says. “Our aim is to be recognised as the best­-tasting super­-premium dark spirit in the world.”

In a bid to establish itself as the go­to rum for gourmets, Zacapa recently partnered with the international restaurant group Zuma to create the Zuma Zacapa Live Solera, a ‘cocktail installation’ that creates a unique drink for each restaurant using a solera system based on the Guatemalan rum’s signature ageing process. Since its launch in 2016, it’s been rolled out in nine locations including New York, Hong Kong, Bangkok and Dubai, with the latest opening in Las Vegas only last month. Jamaica’s Appleton Estate rum has historically made much of its plentiful aged stocks, releasing ultra­-aged rums such as Appleton Estate 50 Year Old, which at the time of its launch in 2012, was the oldest commercially available rum ever to hit the market.

The company’s most recent luxury launch, Joy Anniversary Blend, is a blend of rums aged for a minimum of 25 years, but the age statement takes a back seat to the story surrounding the 20th anniversary of the company’s master blender, Joy Spence.

Age statements have traditionally been crucial part of the luxury lexicon – something that’s often been an obstacle for the rum industry, where regulation is notoriously inconsistent. But in the luxury market of the future, age statements might not prove so necessary, argues Euromonitor’s senior alcoholic drinks analyst, Spiros Malandrakis. “As certain brands in the NAS whisky category have proved to the detriment of sceptics over the past few years, it’s possible to be vastly successful without an specific age statement,” he says. “I think what we’ll see more of in rum is a shift towards semantic associations with categories like Cognac, with XO, VSOP and so on, as well as the growth of more story-­driven narratives about how the brand came to be.”

This growing interest in provenance has prompted some rum producers to target connoisseurs with variants that place more emphasis on the finer points of production. Earlier this summer, Venezuelan rum brand Diplomático unveiled Single Batch Kettle and Single Barbet Column, a pair of €69 (US$81) sipping rums designed to tell the story of the company and its unique distillation and blending techniques.

Barbados distillery Foursquare has also received plaudits for its Exceptional Cask Selection, a series of limited­-edition, cask­ or high­-strength, uncoloured, non-­chill­-filtered, single blended rums that position themselves much like high-­end whisky. Currently on the fifth release, the series has included the Foursquare 11 Year Old 2004 (US$65), Foursquare 11 Year Old Zinfandel Cask (US$55) and Foursquare Criterion, a 56% abv, single blended rum partially aged in ex­Madeira casks, which sold out immediately when it launched exclusively through The Whisky Exchange in June. New for 2018 will be four limited editions, including Foursquare 2005, which succeeds the 2004, and Foursquare Principia, an exclusive bottling produced with Italy’s renowned independent rum bottler, Velier.

“Ten years ago, rum drinkers were very easily seduced by things with added colour and sugar and a nice package, but since then their palates have really grown up,” says Foursquare master blender Richard Seale. “At the moment these rums are finding more of a market in Europe – Italy’s been our lead for them, followed by England, France and Denmark, but America’s now catching up.”

Rum now needs to win consumers’ trust, says Seale. “At the moment, when you walk into a store, everything is labelled ‘rum’. I can see two white rums on a shelf and one will be 100% artisanal pot still rum, full­-bodied, full-flavoured, and the other will be industrial mass­-produced multicolumn neutral spirit, and they’re both labelled ‘white rum’.

“This is the challenge: we have to carve out the authentic traditional rum from the modern rum. We have to sort out the communication. If we don’t communicate the differentiation between rums, then the consumer won’t pay for us.”

For Seale, the task begins with a more transparent approach to production. “Our mission is to create a pure single-­rum category that’s equivalent to a single malt: a 100% pot­still rum from a single distillery. And then we want a second category that’s single blended rum, which is equivalent to blended Scotch whisky, a blend of pot and column, but from the same distillery.”

Whether the ambitions of Seale and his allies are realised remains to be seen. But other changes in labelling and legislation are afoot. According to Campari’s global director for rums, KK Hall, the Jamaican government is in the process of approving a new Jamaica rum geographical indicator, which will require producers to fulfil set requirements on the sourcing of ingredients, distillation, age statements and additives to be labelled Jamaican Rum.

In response to the growing interest in provenance and production, Rumfest 2018 will also be augmented to include a third day dedicated to what organiser Ian Burrell calls “craft rum brands, with the emphasis on artisanal blending, single-­barrel rums, pot­still rums and more traditional methods”. It will be interesting to see which brands make the cut.

“Ultimately, rum is still taking its first baby steps on the road to premiumisation,” says Euromonitor’s Malandrakis. “Remember that just a decade ago even discussing premium Tequila variants was an anathema, and it took a very long time until we were at the stage where George Clooney could sell a Tequila brand for a billion dollars. It’s going to be a long and painful process.”

But Foursquare’s Seale remains bullish. “The way I like to think of it, rum is now having its own 1963 [the year that Glenfiddich pioneered the single malt market with the launch of Glenfiddich Straight Malt]. Before that, there simply was no single malt whisky category, and look at single malt whisky now. Today there’s still no single pot still rum category. But we can change that – and when that happens we will leave the rest of the spirit world behind.”