A British pub in the heart of Sydney, a hotel bar frequented by Winston Churchill and Please Don’t Tell’s first Asian outpost all feature in our list of the hottest bars to open in January.

January is now, thankfully, well and truly behind us. As we edge ever closer to spring and warmer times, why not take a look back at all the good things that happened over the last month? Namely, the hottest new bars to open their doors around the world in January.

From a refurbished hotel which once hosted Winston Churchill to a new members-only cocktail bar and workspace in Manchester, the top new bars to open in January each had their own way of dragging drinkers away from their Dry January resolutions.

Click through our gallery to find out some of our favourite bars to open in the last month.

Missed out on our list of the top openings from December? Check out our gallery from last month here.

Do Not Disturb, London 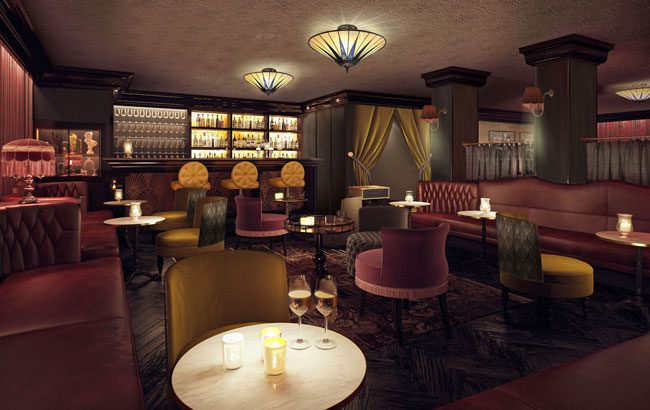 This discreet, sophisticated cocktail bar is hidden below the Vintry & Mercer hotel in London and promises a secluded drinking hideaway.

Inspired by the speakeasies that swept New York in the 1920s, Do Not Disturb will offer guests barrel-aged and vintage cocktails and a menu of small plates. 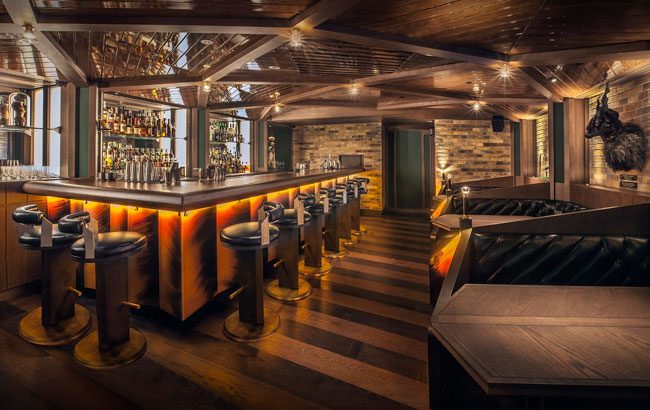 Opening on the mezzanine of the hotel, PDT boasts a cocktail menu featuring 15 classic cocktails and in-house creations, such as the Big Fan, a combination of Tequila, lime juice, pink peppercorn, guava and Moonzen Fuijan radler; and the Bad Hunter, a twist on the John Collins made with Chivas Regal, Fernet Hunter, lemon juice, dragon eye and Moët Brut Imperial Champagne. 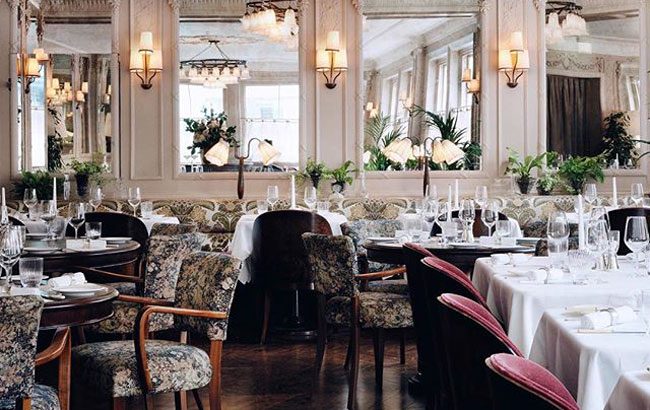 Kettner’s Townhouse in Soho has reopened following a two-year makeover.

Now under the ownership of Soho House, Kettner’s is a stunning Georgian building in central London which includes a restaurant, late-night Champagne bar and hotel.

When it first opened more than 150 years ago, Kettner’s was one of the first restaurants in London to serve French food, and over the years has played host to Winston Churchill, Oscar Wilde and King Edward VII.

Rumour has it, there is a secret passage way into Kettner’s, which allowed King Edward VII to dine with his mistress, Lillie Langtry, in secret.

The Duke of Clarence, Sydney 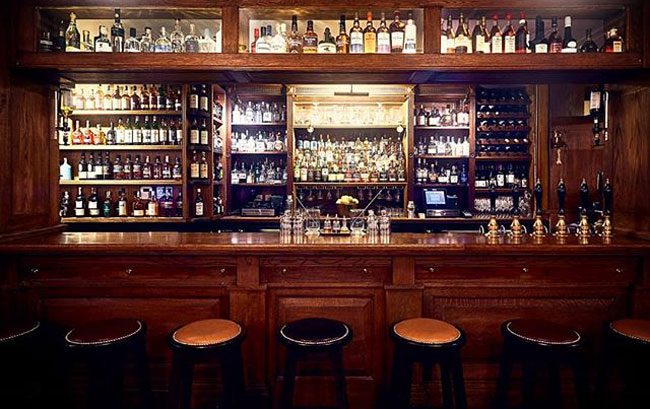 The Duke of Clarence has transported every aspect of the quintessential British pub, right into the heart of Sydney.

Boasting more than 500 spirits from Britain and a huge range of cask ales, this drinking den is the brainchild of Liverpool-born Mikey Enright.

To capture the full essence of the British pub, The Duke of Clarence even sourced building materials from several old English pubs. 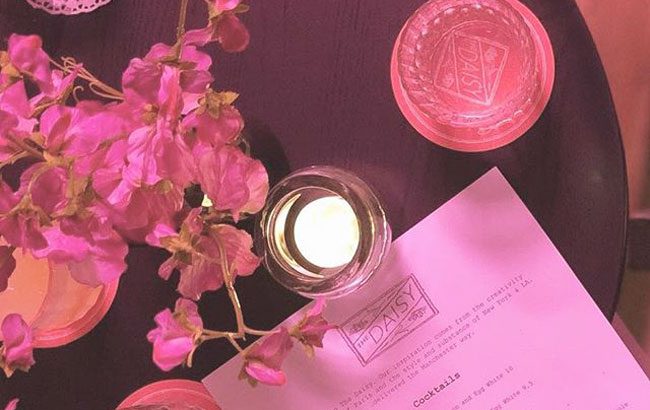 Open beneath Evelyn’s restaurant, The Daisy hopes to cater for freelance creatives during the day and discerning drinkers throughout the night.

A floor-to-ceiling wine rack and marble bar top dominate one side of the venue, while daisy patterned wallpaper and brightly coloured sofas fill the remaining space.

Bang up to the Elephant, Denver 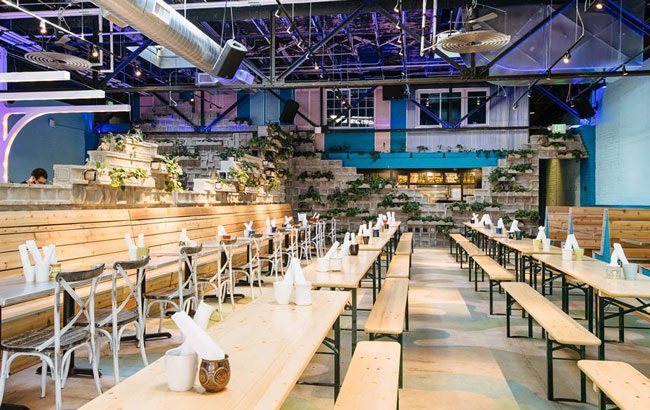 The latest venture from restaurateur Kevin Delk and the team behind Beatrice & Woodsley features giant stained glass sliding doors and hundreds of plants, planted throughout the venue.

The eccentric bar and restaurant features a host of in-house cocktail creations, using ingredients such as Chinese five spice, curry syrup and hot fries-infused Tequila. It’s own Nose Ender cocktail mixes cream of coconut with lime, Tequila and serrano pepper and is served inside a coconut. 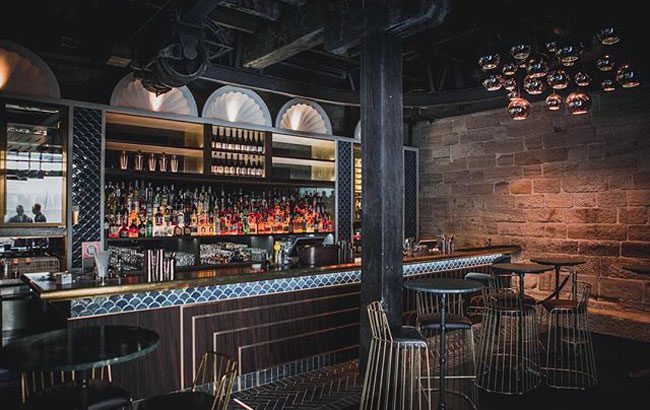 Solera Bar has brought an intimate Champagne and cocktail bar to the centre of Sydney.

Inside, it’s all green velvet sofas, wooden furnishings and a sleek marble bar top, while sunnier days can be spent outside on one of the bar’s green marble tables.

On the cocktail menu, there’s a mix of in-house creations alongside the classics. Solera’s take on the Sazerac uses apple brandy and absinthe jelly, alongside drops of rock sugar for a sweet caramel flavour. 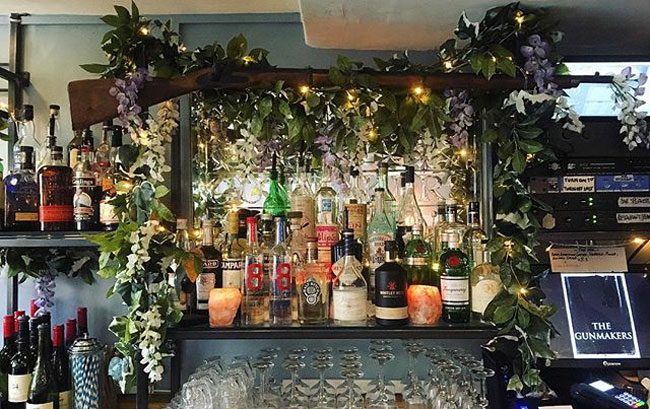 If you’re on the lookout for a killer cocktail, sharp new haircut and some Asian-inspired small plates, look no further than London’s Gunmakers.

This newly renovated 19th century pub is full of surprises, boasting an incredible array of craft beers and cocktails alongside an Asian-inspired food menu.

And for those in need of a new look, there’s also an in-house hair studio called the Gun Club. 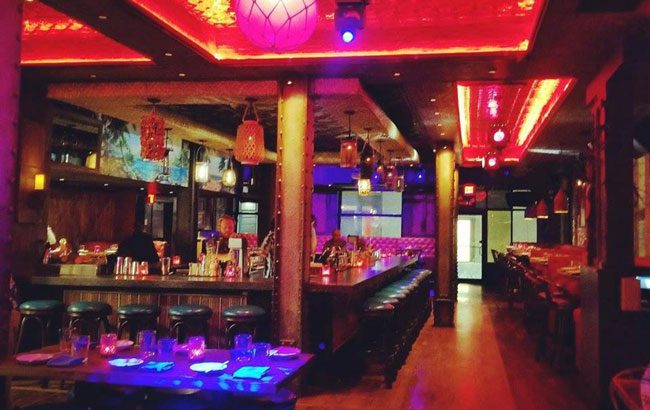 Tiki Rock opened in Boston this month, blasting away any remaining winter blues with a barrage of the best tiki cocktails.

In the central bar, you’ll find freshly made juices and syrups, bolstering a menu of fun and classic tiki-style cocktails.